The courtship of Nick Stoller and Francesca Delbanco — the married couple behind Netflix comedy series Friends From College — was beset by the false starts and near-misses of a Hollywood rom-com.

The two overlapped in the ’90s at Harvard but were never introduced. (Delbanco does recall seeing Stoller in a campus production of Six Degrees of Separation.) Both later moved to New York City to make their mark — Stoller, a Harvard Lampoon alum, in comedy; Delbanco, a creative writing major, in fiction.

But it wasn’t until 2001, when Stoller crashed an annual gathering of Harvard pals, that they finally met-cute. “It was an excuse to be drunk with your friends from college and put skits on,” says Delbanco, 43, of the playwriting workshop.

A startling number of the confab’s dozen-odd regulars went on to Hollywood success, including Stoller, 41, director of such hit comedies as Forgetting Sarah Marshall; Michael Schur, creator of Parks and Recreation and Brooklyn Nine-Nine; Todd Kessler, creator of Damages and Bloodline; Mark Fish, the Scandal showrunner; and Aaron Zelman, a producer on Silicon Valley.

Now those creative rumpuses have become the IP for the couple’s first co-production (not including their three kids), debuting July 14 with a heavy-hitting cast including Keegan-Michael Key, Cobie Smulders, Fred Savage, Kate McKinnon and Seth Rogen.

“We realized we had this really tight group of friends from college,” says Stoller, 41. “It just seemed like a rich area for a TV show — both great and disruptive, if you live too much in the past.” 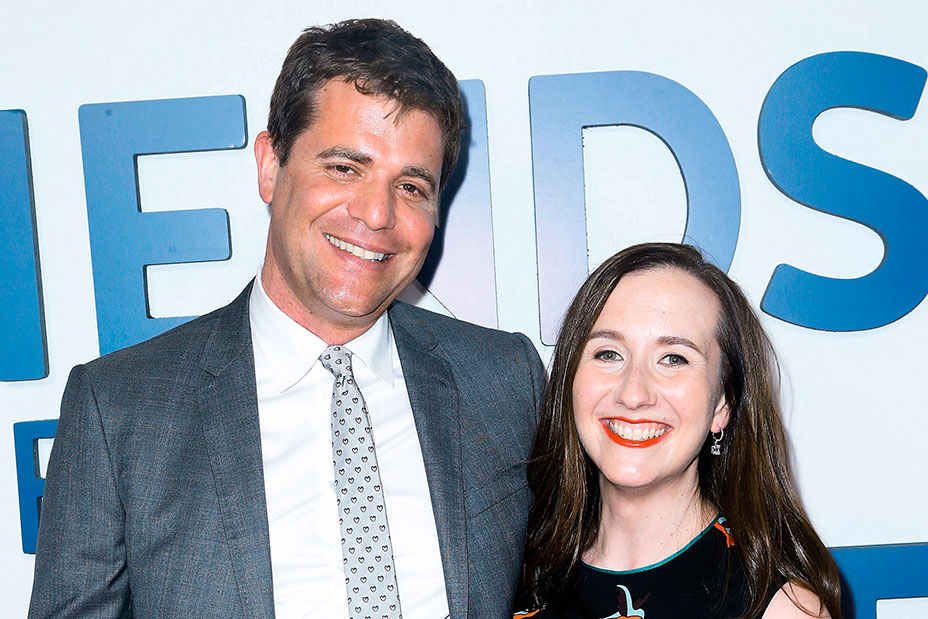 Five years and many redrafts later — the original script was set in Hollywood while the Netflix version unfolds against the New York literary scene — Friends From College at last nears its July 14 debut, hoping to find a niche among binge-hungry summer audiences.

In it, Key stars as Ethan, a struggling novelist (married to Smulders’ Lisa) who has been having a casual affair since college.

“It’s not presented as something they are going to be punished by the universe for,” Delbanco cautions. Stoller drew inspiration for the storyline from Family Happiness, a 1982 novel by the late author Laurie Colwin “about a woman who had a great marriage and has wonderful children and is also having an affair.”

“People are going to either totally get it or be like — whoa, no thank you,” he notes.