In the thin air of the Rocky Mountains anything seems possible, but Ted Sarandos was still dismissing the idea.

Over Labor Day weekend at the Telluride Film Festival’s opening brunch, the Netflix chief content officer was greeting stars, filmmakers and Academy voters on their way to the Bloody Mary bar, in the first stage of his company’s awards-season charm offensive. With his film chief, Scott Stuber, beside him, and two actresses from his most promising Oscar contender, Alfonso Cuaron’s Roma, nearby meeting press, Sarandos batted away a question about whether the streaming service would modify its business model for Cuaron. At the time, Sarandos said the prospect that Netflix would abandon a day-and-date release strategy, one of the company’s core principles, was “very, very unlikely.”

Two months later, Netflix performed a dramatic about-face, announcing that it would, in fact, grant Roma a three-week theatrical run before premiering the film on its platform Dec. 14. (Three other films will receive one-week runs.) The break with protocol is intended to signal to brand-name filmmakers and their fellow Oscar voters that Netflix believes in the power of big-screen cinema, despite being viewed as the theatrical exhibition industry’s most dangerous, deep-pocketed disrupter.

As awards season kicks into high gear, The Hollywood Reporter polled a wide swath of the Academy of Motion Picture Arts and Sciences members Netflix hopes to court and found that the streamer’s nascent theatrical strategy is eliciting a broad range of reactions, from disgust to relief. As the data-driven company is learning, there’s no algorithm for winning an Oscar.

Some Academy skeptics are railing against Netflix’s reliance on four-walling, a strategy akin to self-publishing in the cinema world, in which a distributor pays theater owners for the privilege of screening to the general public, rather than booking a theater and sharing a percentage of the gross. By four-walling, Netflix removes the burden of revealing any unfavorable box office numbers, a privilege none of the other companies releasing their best picture contenders the traditional way will enjoy. If Netflix secures a best picture nomination for Roma based strictly on these purchased screenings, multiple knowledgeable sources say they believe the film will become the first ever four-walled movie to do so in the modern era. 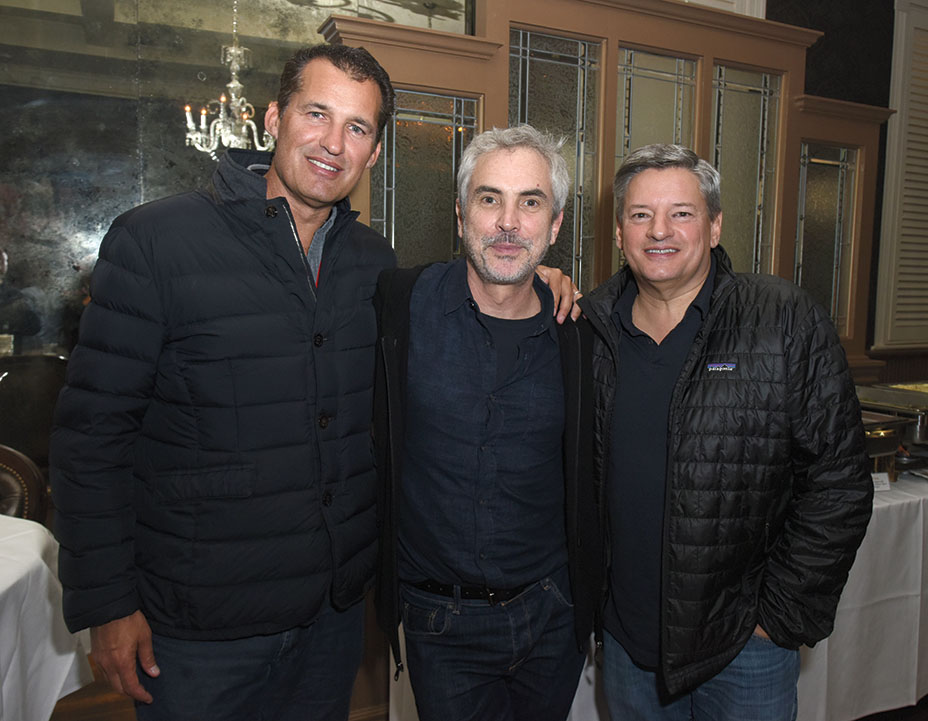 Other Academy members are more generous, seeing the streamer as willing to distribute movies large studios have abandoned, like Cuaron’s ambitious and personal black-and-white, Spanish-language drama, a loving tribute to the domestic servant (played by first-time actor Yalitza Aparicio) who helped raise the director. “Netflix has stepped into a void,” says producers branch member Stephanie Allain, who has made multiple movies with the company, including next year’s Juanita, starring Alfre Woodard. “The business is changing. We can’t hold on to everything. It’s fantastic that [Roma] is going to be in a big theater. To me there’s no devaluation at all in the way they’re releasing it.”

“Netflix is pulling a big con,” says one Academy member in the executives’ branch. “They’re trying to buy their presence and identity as a film company without playing by everybody else’s rules. They don’t want to take the risk of having bad box office numbers. They are going to make assertions about how fantastic the crowds were, but there will be no dollars. There’s no credibility because there’s no accountability.”

Though it declined to be interviewed for this story, Netflix has previously denied allegations of self-serving rule bending. “Netflix’s priority is our members and our filmmakers, and we are constantly innovating to serve them,” Stuber said in a statement when the company announced its Roma strategy in October. “Our members benefit from having the best quality films from world-class filmmakers and our filmmakers benefit by being able to share their artistry with the largest possible audience.”

For Netflix, a best picture nomination — or better, a win — would bolster industry credibility and entice new subscribers to its service. In awards seasons past, the company spent heavily on the dramas Mudbound and Beasts of No Nation and collected Oscars for cinematography and documentary (Icarus), but a Netflix movie has never been nominated for best picture. 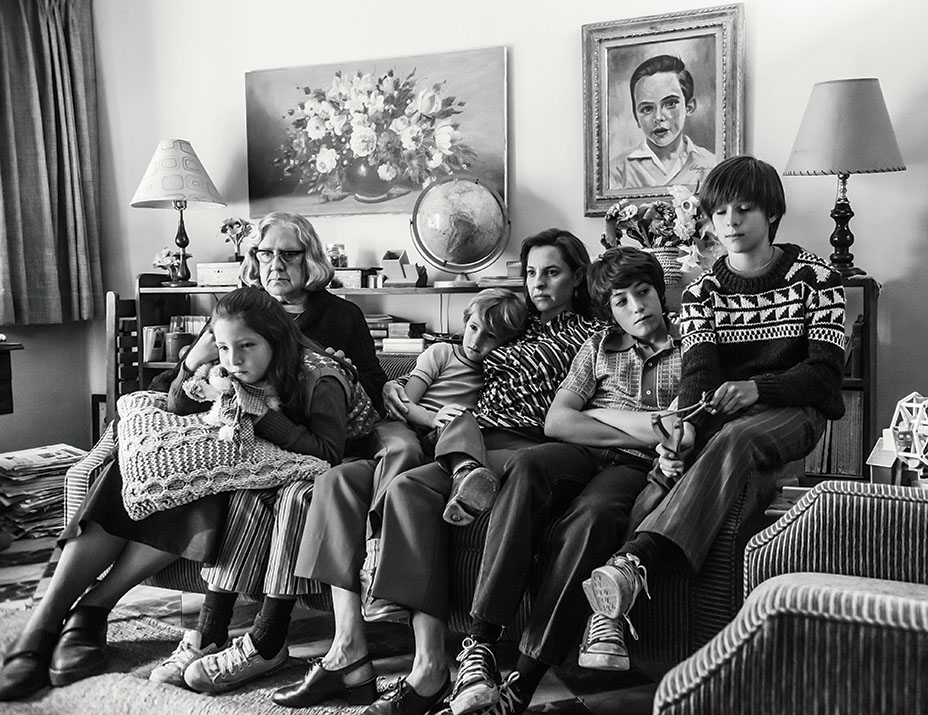 The campaigning has been aggressive. This year the streaming service placed Roma in the Venice, Telluride and Toronto festivals, which are awards circuit mainstays, but also in New Orleans, San Sebastian and the Orange County Film Fiesta, which are not. They are also holding a large number of tastemaker screenings in L.A. designed to get as many members as possible to see the film on the big screen.

The company is paying dearly for the Roma theatrical release, renting out venues like West L.A.’s Landmark, a favored haunt of Academy members, for more than twice the typical seasonal rate of around $15,000 per screen per week, according to one source with knowledge of the deal. Netflix is also trying to secure screens that can play the film in the costly 70mm format, a favorite of filmmakers and cineastes, and it has held its small screen debut until December after many Academy members have already made their decisions.

Participant Media financed Cuaron’s $15 million movie, and multiple interested distributors met with the filmmaker, who has received six Oscar nominations in the past and won best director for his last film, Gravity. Netflix paid about $20 million to distribute Roma, outbidding competitors on what most agree is a difficult-to-market film because of its subtitles, relatively slow pacing, and unknown cast. Some form of theatrical release was always part of Cuaron’s discussions with Netflix, according to multiple sources familiar with the conversations.

“Any filmmaker who made a film with Netflix knew exactly what they were doing when they made that deal,” says Tom Ortenberg, the former CEO of Open Road Films, the independent distribution company that steered Spotlight to a best picture Oscar win in 2016. “Everybody goes into this with their eyes open. As a member of the Academy, I’m looking for the best movies I can find. And as a member of the industry, I’m intrigued by experimentation and new models.”

Some of Netflix’s most powerful critics have come from the Academy’s director’s branch, with Christopher Nolan calling the streaming company’s theatrical strategy “mindless” in 2017 and Steven Spielberg dismissing Netflix films with token releases as “TV movies” that shouldn’t earn Oscars. Spielberg ought to know the difference: He cut his teeth on a TV movie, 1971’s Duel, nominated for two Emmys.

In the spring, Netflix’s steadfast commitment to its day-and-date strategy sparked a public and embarrassing rift with the tradition-bound Cannes Film Festival, when festival chief Thierry Fremaux announced a new rule that effectively barred Netflix’s films from competition. In retaliation, Netflix withdrew Roma and its other films from the lineup. 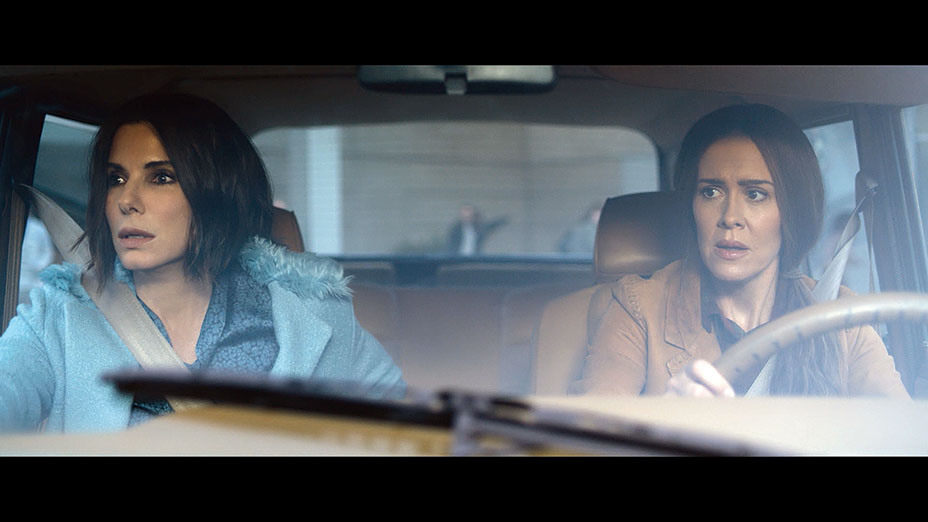 For the Academy, Netflix presents a conundrum. In 2012, the organization changed its rules in a way that benefited the streamer, allowing releases in non-theatrical media on or after the first day of a Los Angeles theatrical run to remain eligible. It’s a move some Academy members said they would like to reconsider now that Netflix is a major player.

“[Theater owners] know this release is fake and so does everybody else,” says another executives branch member, of Netflix’s Roma release plan. “[The Academy] needs to define what a movie is. If it’s about intention, well, nothing for Netflix is made for the theaters. It’s about heritage and it’s about clarity. To me and I think to a fair amount of filmmakers, if your movie doesn’t have to be made for theaters at all, then what makes the Academy Awards different from the Emmys?”

As Netflix grows, it’s employing increasingly large portions of the Academy’s membership and supplying a lifeline to the industry, even sometimes bailing out the traditional studios, as when it picked up Martin Scorsese’s costly 2019 crime film The Irishman from Paramount in early 2017 or Andy Serkis’ effects-heavy Mowgli from Warner Bros. in July. Sarandos himself has been an important figure for the Academy’s nearly $400 million new museum under construction on Wilshire Boulevard, hosting a fundraising event at his home.

“Netflix is like Kaa, the snake with the spinning eyes in the Jungle Book,” says the executives branch member. ” ‘Let me make your passion project.’ The eyes go around like money signs. It’s hypnotic. I get it. But I believe there are people who are not hypnotized.”

The Academy has been grappling with how to treat Netflix movies and the predicaments they present in more formal ways, including in a committee devoted to the future of cinema, a meeting of which Sarandos and Stuber attended over the summer. “As I’m looking around the room, I’m realizing almost everybody in it is in business with them in some way,” says a person who attended.

Netflix has more movies in the pipeline that will continue to force the issue, including the Scorsese film and projects from other Oscar-winning directors, including Guillermo del Toro and Steven Soderbergh. If Academy members want to adjust the rules to disempower the streamer, they don’t have time to do so this year, though some members say they may choose to signal discontent with their Oscar ballots.

Making of 'Roma': How Alfonso Cuaron Painstakingly Re-created His Youth in Mexico City