Everyone’s done it. It’s Netflix-and-chill time, and a song comes on. A few quick taps on the phone and that song — say, Jay-Z’s “U Don’t Know” from When They See Us, or Gemma Ray’s “Caldera, Caldera!” from Russian Doll — is now on a playlist and in the rotation.

With Netflix producing so much original programming — in 2018, it put out nearly 1,500 hours of original productions, including roughly 300 original series globally — and commercial music integral to the tone of those shows, a host of new licensing opportunities is opening up for recording artists. And dealmakers are taking note.

“From the sheer volume of content they’re producing, just by the numbers, that is helping artists,” says Master of None music supervisor Zach Cowie, adding that the number of shows that need licensed music “has gotten significantly higher since Netflix came on the scene.”

Revenue for music licensing deals — or “syncs,” as they’re called in the industry — accounts for just 2.3 percent of the total music market, according to the International Federation of the Phonographic Industry’s Global Music Report. But it’s a growth area, up by 5.2 percent in 2018.

As is typical, by all accounts Netflix licenses music for its series globally in perpetuity. And as ever, while fees vary widely with usage, big-name artists and iconic songs command the most — from $40,000 to $50,000 all in (meaning both sync and master licenses), and sometimes more. On average those numbers hold true for Netflix deals, insiders say.

But competition for these deals is stiff, and indie artists often get squeezed. Fees for smaller acts “are getting lower and lower. We’re seeing offers in the $500 to $1,000 range,” says one music supervisor. With name artists often sucking up large portions of music budgets, “the little guys get whatever’s left. That could be $3,000 all in, that could be $10,000 all in,” says another.

The good news is that, thanks largely to services like Spotify, Shazam and Tunefind (a popular database of music used in series, films and video games), those placements are translating into meaningful exposure and driving music purchases and streaming, the latter of which grew by 34 percent last year, according to the IFPI.

Says Tunefind managing director Amanda Byers: “Netflix is putting out so much content that we actually have special processes in place to monitor Tunefind activity on Friday and over the weekends to catch new titles we need to add to the site, specifically because there is a surge in demand after being released on Netflix.”

But even when all parties want to collaborate, deals can be complex and require months of negotiations. When they do come together, they can deliver the kind of watercooler TV that every platform strives to achieve.

One such deal happened on Black Mirror‘s much-talked-about “Rachel, Jack and Ashley Too” episode, starring Miley Cyrus and featuring reworked versions of Nine Inch Nails’ “Head Like a Hole” and “Right Where It Belongs.” Amelia Hartley, music supervisor on both Black Mirror and Peaky Blinders and head of music for Endemol Shine UK, spent months negotiating those clearances and ensuring that all parties understood and blessed the proposed usage. “It was brilliant, and everyone involved was incredible and really helpful, but it was the most complicated deal and probably took me the long­est amount of time,” Hartley says.

By actively supporting such deals, Netflix is earning a reputation as a company that appreciates the value of music — and is willing to pay what it takes to get it.

“They’re an incredibly receptive partner,” says Hartley. “You can go to them and give them the creative idea that involves commercial music, and they’ll talk to you about the budget that you may need to achieve that and they won’t just [say no]. They’ll very much engage with that.” 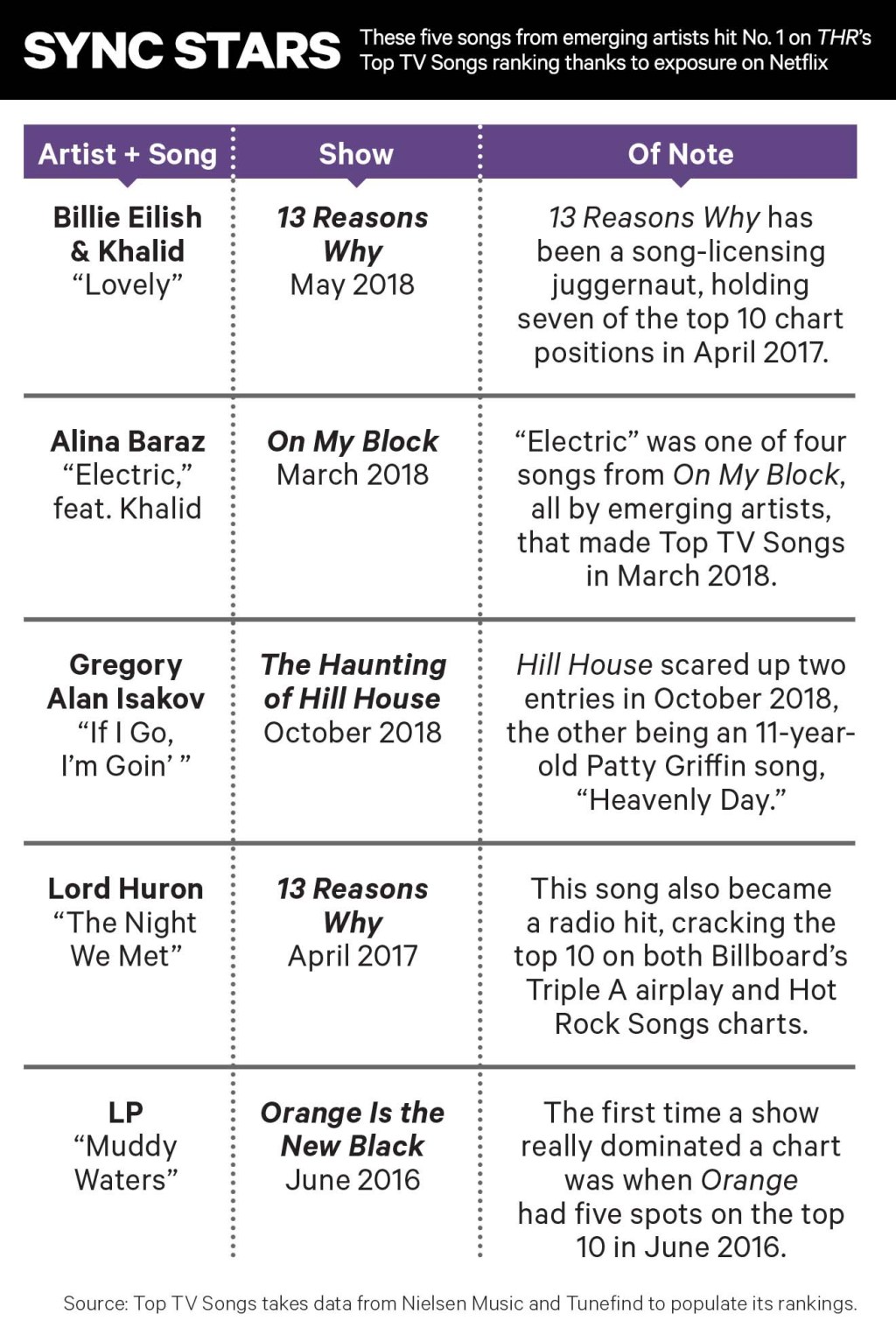 The Netflix Lobbying Machine: Inside the Effort to Sway Policy Worldwide