With such credits as The Hunger Games: Catching Fire and The Girl With the Dragon Tattoo, it’s obvious costume designer Trish Summerville has proved her knack for creating wardrobes of women warriors. “I’ve been lucky to work with directors who work really well with strong female characters,” says the two-time Costume Designers Guild award winner. Creating costumes for Red Sparrow, out March 2 — based on Jason Matthews’ novel about a Russian ballerina pulled into espionage — meant reteaming with Catching Fire director Francis Lawrence and star Jennifer Lawrence.

For Sparrow, Summerville used a wintry palette of blacks, camels and wines mixed with ’70s-style A-line skirts, berets and turtlenecks, allowing the actress’s Dominika to look chic while hiding her motives. Working with production designer Maria Djurkovic and studying street fashion in Budapest and Vienna led to costumes that, Summerville says, “could be a bit timeless” and had an ambiguous location.

A teaser, in which Dominika catches the eye of a poolside American spy, played by Joel Edgerton, had fashion fans trying to track down her strappy swimsuit. “We went with something unexpected that was not quite the outfit this woman would wear,” director Lawrence tells THR.

Edgerton’s character dresses in a utilitarian style, while Dominika’s uncle and recruiter Vanya (Matthias Schoenaerts) uses clothes to “present himself as a high-standing man in the political realm,” says Summerville, who had Vanya’s ties made 4 inches wide. “Some of the most powerful men in Russia wear very wide ties.”

Red is used sparingly and with great purpose in sets and costumes to usually foreshadow danger. Lawrence says he and Djurkovic chose the color based on “a lot of Russian propaganda posters.” Dominika’s dress of red sequins worn on her first assignment is “extremely flattering but also tasteful because this is a bar where women look for a rich husband,” says Summerville. “There’s four to five women per man in Russia.” But in Dominika’s case, she ends up taking her men to task rather than to the chapel. 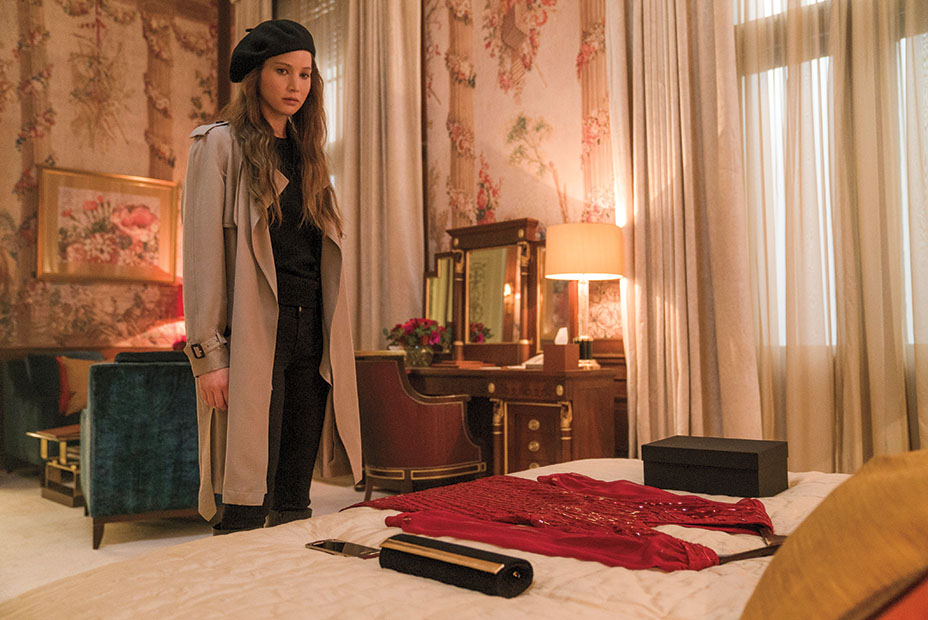 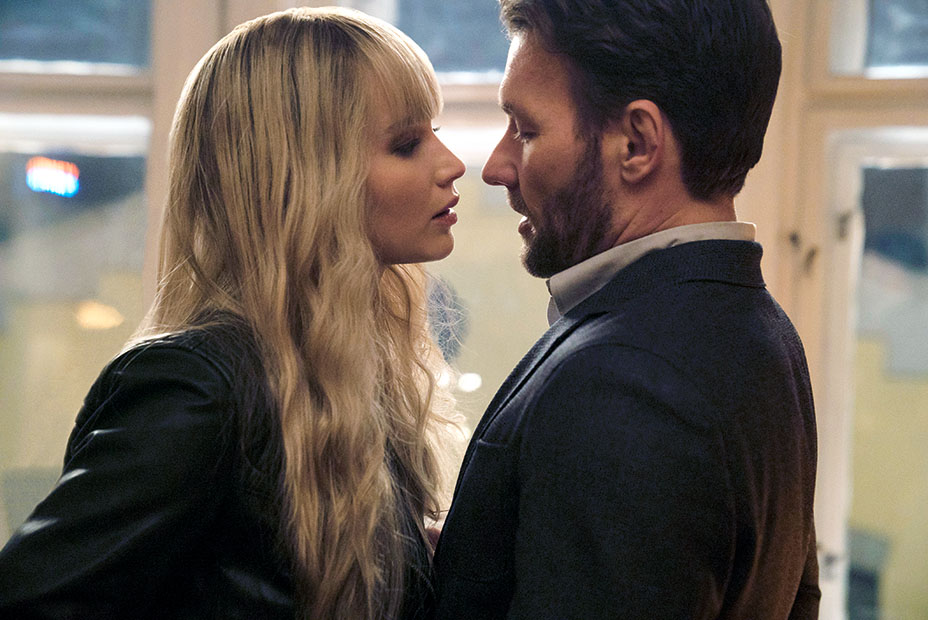 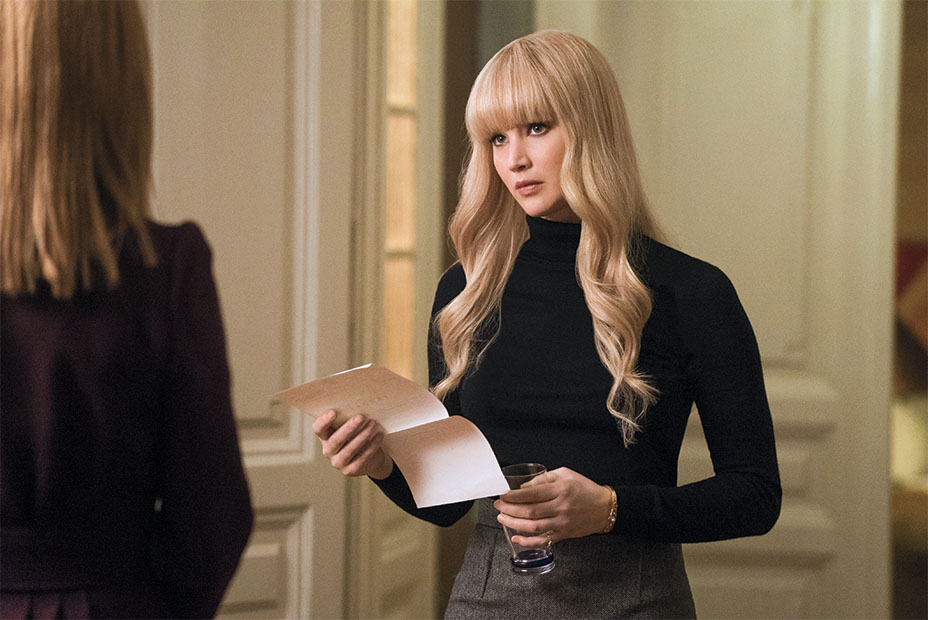 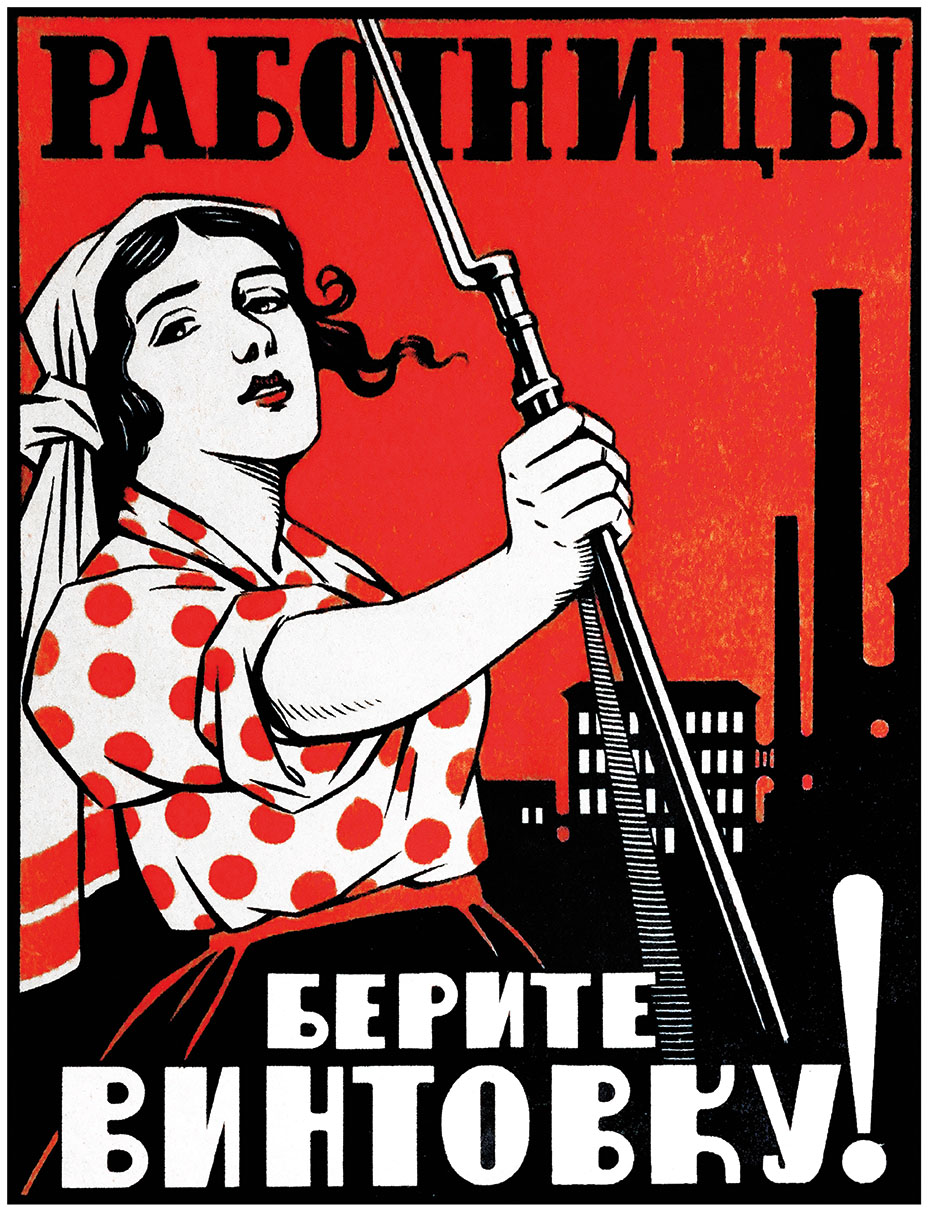 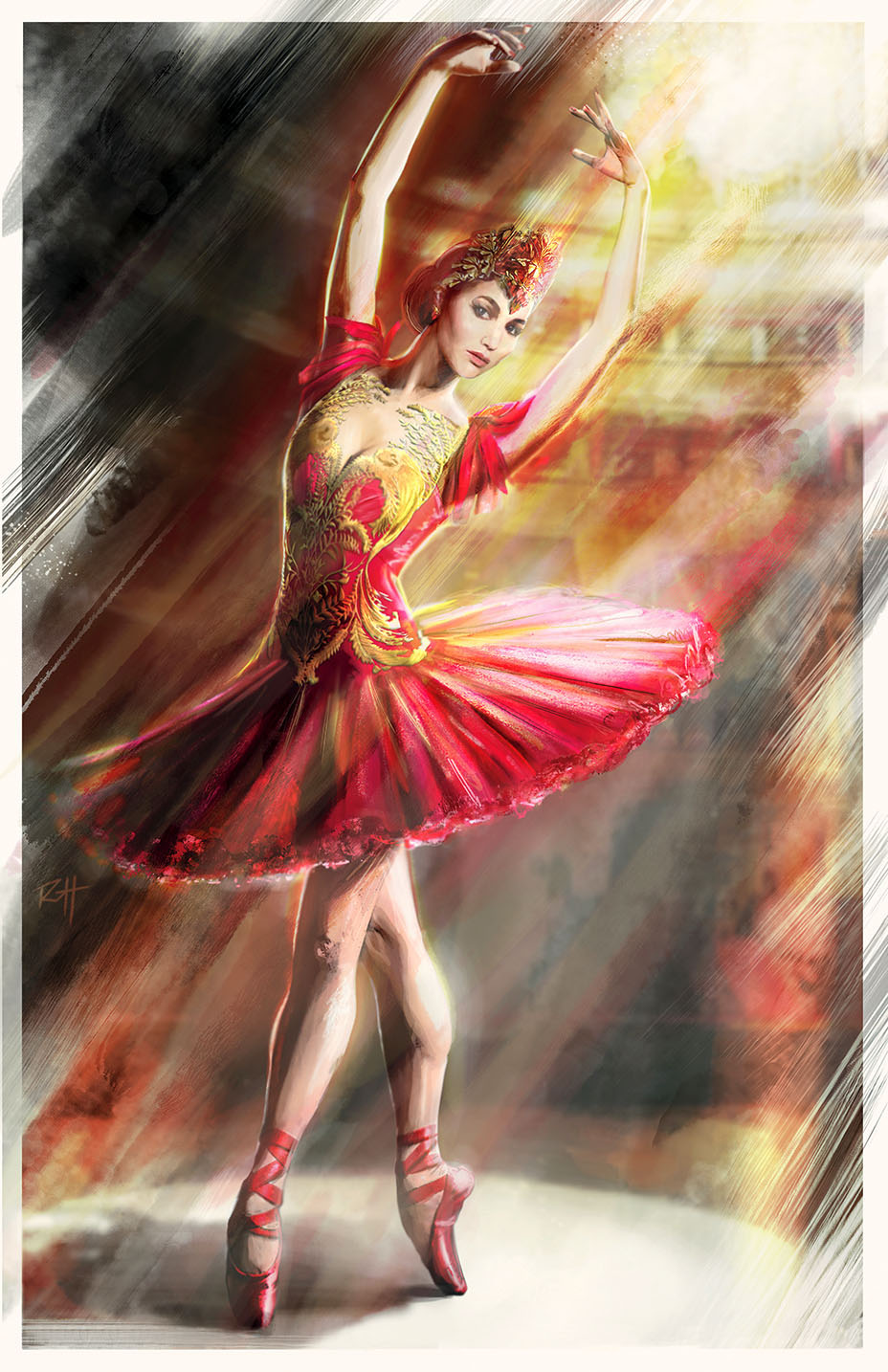