Several years ago, Netflix passed on Sergio Pablos’ origin story about Santa Claus. “We found that what we thought was the film’s strong point — it was an [animated] Christmas film — was a deterrent,” Pablos tells THR.

The filmmaker, who is the co-creator of Universal’s blockbuster Despicable Me franchise, was perplexed, given an appetite for origin stories at the box office.

“I was particularly interested when I saw Batman Begins,” recalls Pablos. “I thought, what a great storytelling exercise, to take a character that’s already well established … and bring it to today’s audience.” He considered characters from Napoleon to Dracula before landing on St. Nick. “He has many origin stories,” says Pablos, “but in the end I thought that there was not one canon-accepted origin story.”

'Boons and Curses' Team Opens Up About "Devastating" Netflix Cancellation

In 2016, Netflix changed its mind. “They were still not looking for animated films, but they were actively looking for Christmas content,” Pablos says. “So they made an exception.”

Pablos’ Klaus debuted Nov. 15 as the streaming platform’s first original feature produced through its new animation unit, which now has more than a dozen feature and short projects in various stages of development and production.

Netflix also has Oscars on the mind: It gave Klaus a limited awards-qualifying theatrical release (Nov. 8). 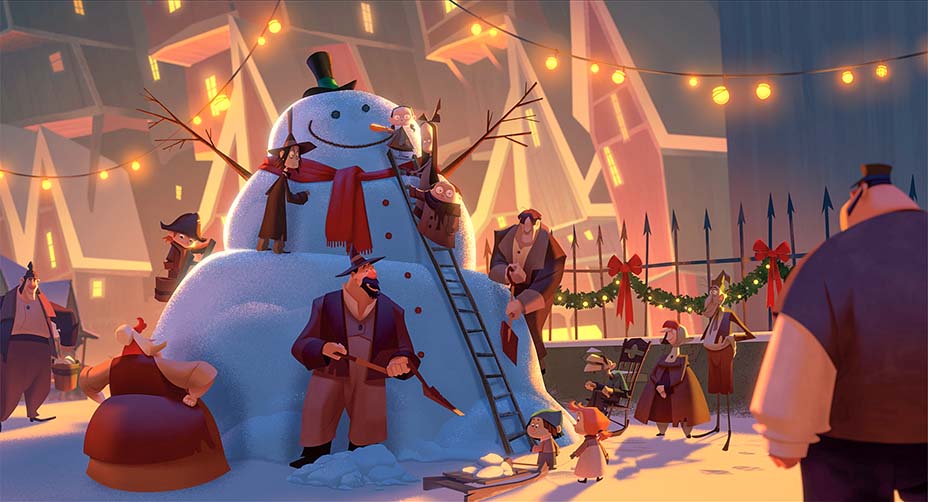 The film follows Jesper (voiced by Jason Schwartzman), a lazy young man born with a silver spoon in his mouth. His father sends him to a cold, remote village called Smeerenburg to be a mailman. If Jesper works hard, he’ll earn his inheritance. But mail isn’t something that the locals use — until Jesper teams up with reclusive resident Klaus (J.K. Simmons), a carpenter who makes toys.

The idea for Jesper came from Pablos’ search for the antithesis of Santa, who is a symbol of altruism. “Maybe my main character is someone who has to learn that lesson,” explains the director. “That’s when the idea of a pampered, self-centered postman came to me. I realized he has the potential to tell the story with a lot of humor and irony and heart.”

Schwartzman, adds Pablos, provided the ideal voice for the role. “When you have a character who is very flawed, it is easy for the audience to dislike him. He had to be reprehensible but still likable. Jason could make this unappealing character be appealing.”

Oscar winner Simmons was “a no-brainer” for Klaus, says Pablos, who notes that the actor “had us in tears” while recording a monologue in a single take.

Rashida Jones, who plays a teacher named Alva, approached the role “from a performance point of view but also a storytelling point of view,” says the filmmaker. “She would come in and say, ‘I don’t think that’s how she should say it,’ and come up with something 20 times better.”

While Smeerenburg is a fictional village, Pablos did visit Norway for research, which included learning about the country’s indigenous Sami people and their culture. “One thing I learned during my trip is the Sami feel they have been misrepresented in media,” says the director. He wanted to be sure they were treated with respect in his movie.

A character named Margu (voiced by Neda M. Ladda, a Sami girl whom he met and recorded during the trip) becomes Jesper’s “conscience,” even though they don’t speak the same language. “The only way Jesper could unload his frustration would be with someone who doesn’t understand him, but at the same time he creates this unbreakable bond with this character,” explains Pablos. 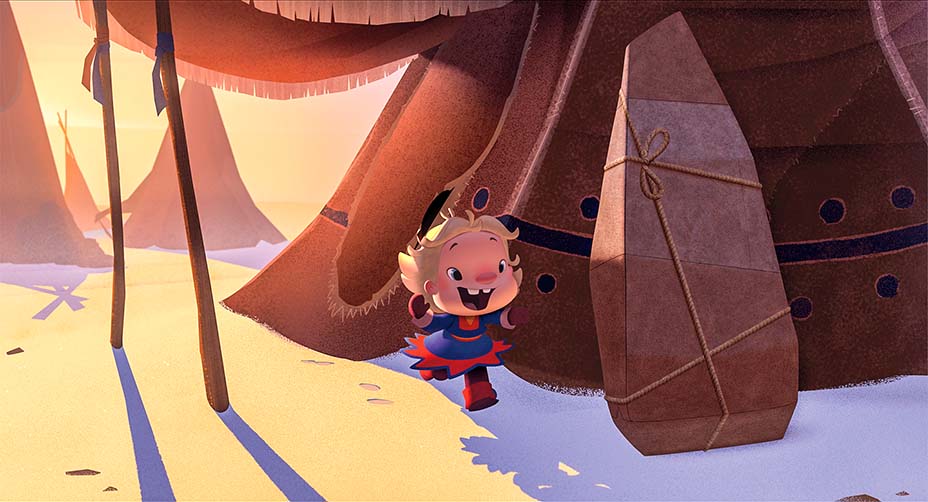 Produced by the filmmaker’s Madrid-based SPA Studios, Klaus has a unique visual style, the result of an approach that the director describes as 2D animation but using new computer tools to give the artists more precise control over lighting. (He credits Toon Boom Animation and Les Films du Poisson Rouge production company for helping develop the tools and workflow.)

The goal? To “make it feel like it’s a storybook, like it’s moving artwork,” explains Pablos. “It felt like Klaus could benefit from hand-drawn animation, but we didn’t just want to do something that looked nostalgic. We want to update it and see what new technologies could do for it.”