Making a house into a home was the challenge presented to production designers on many of this year’s top contenders. From an Italian villa in the 1980s to a single apartment above a movie theater in 1960s Baltimore to a foreboding estate dripping with Kubrickian influence and imagery, the settings that grounded Call Me by Your Name, The Shape of Water and Get Out all came with their own unique hurdles.

“The house had to be the perfect theater for the sensuality in this love story,” explains Samuel Deshors, production designer on Luca Guadagnino’s Call Me by Your Name. “The relationship between interior and exterior was crucial.” The film — which centers on the romance between a young man (Timothee Chalamet), living with his affluent Italian-American family in Northern Italy, and a visiting grad student (Armie Hammer) — required a setting that reflected the sybaritic nature of its story, with the added challenge of being a foreign-set period piece.

“For the ‘80s, we did a lot of visual research and found historical photos and family pictures for mood ideas, which we used for the interiors but also for all the exterior sets in the film,” says Deshors. “In the estate, there are very few modern elements [from the ‘80s] in the furniture and decoration. We wanted a strong contrast between the weight of the past and modernity in daily objects, as if this family was anachronistic in their own house.” 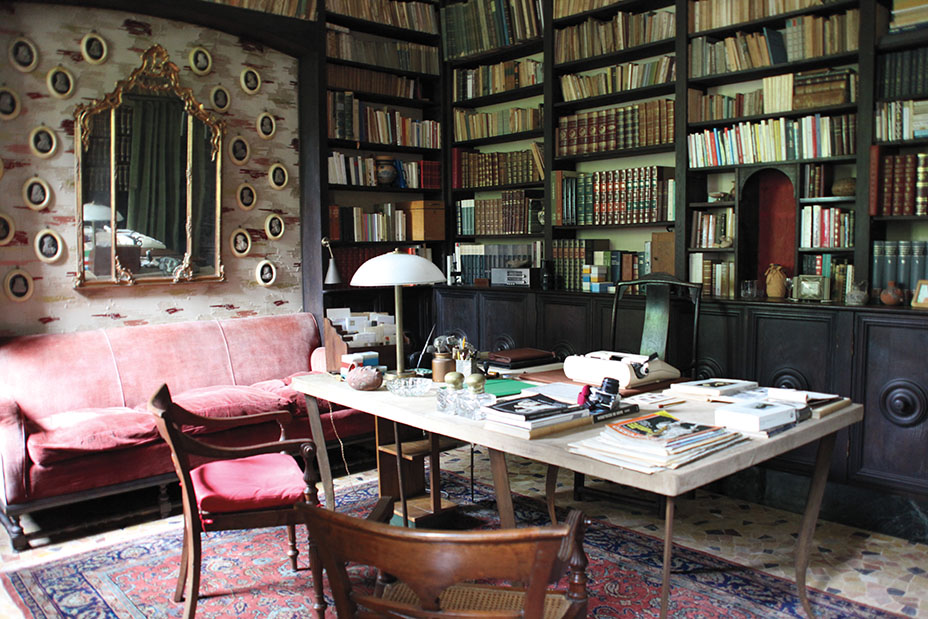 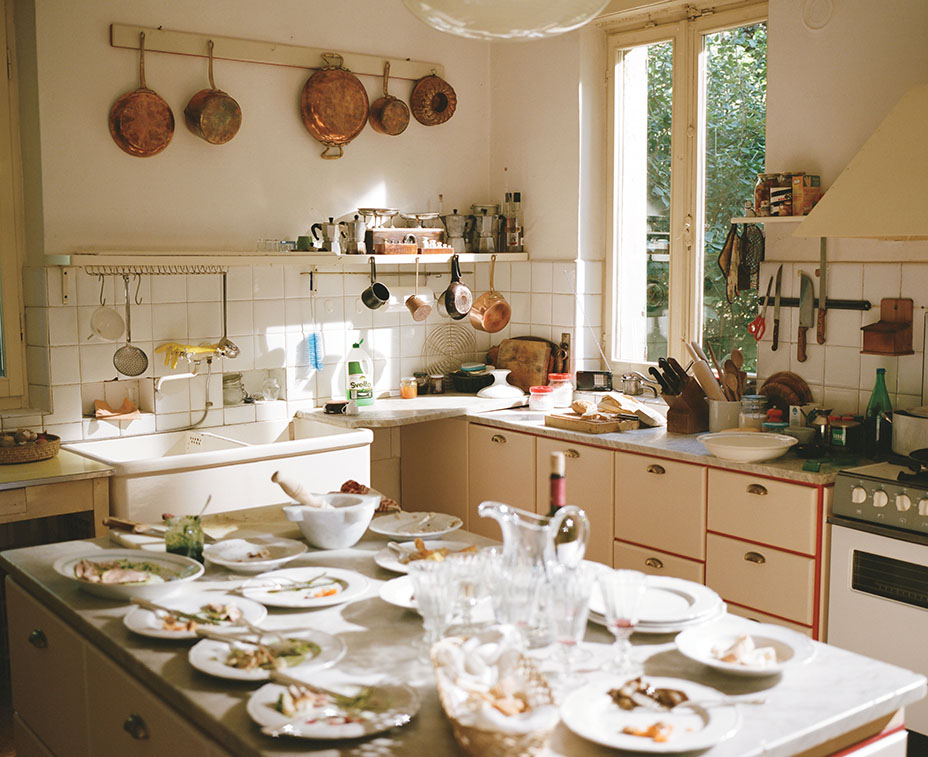 The scenes featuring the Perlman family’s villa were shot on the single location estate, which was important for Guadagnino and his crew, who were working on a limited budget and dealing with “capricious weather” in Italy. That was a particular challenge when it came to the fountain (which plays a large role in many early scenes between Hammer and Chalamet), as it wasn’t a part of the original home and had to be built by Deshors‘ team.

“We built it in the garden of the villa, selecting big, flat rocks and carved stones from the stone dealer’s stock,” says Deshors. “It was hard work and also the most important set of the film in terms of budget and preparation time.” 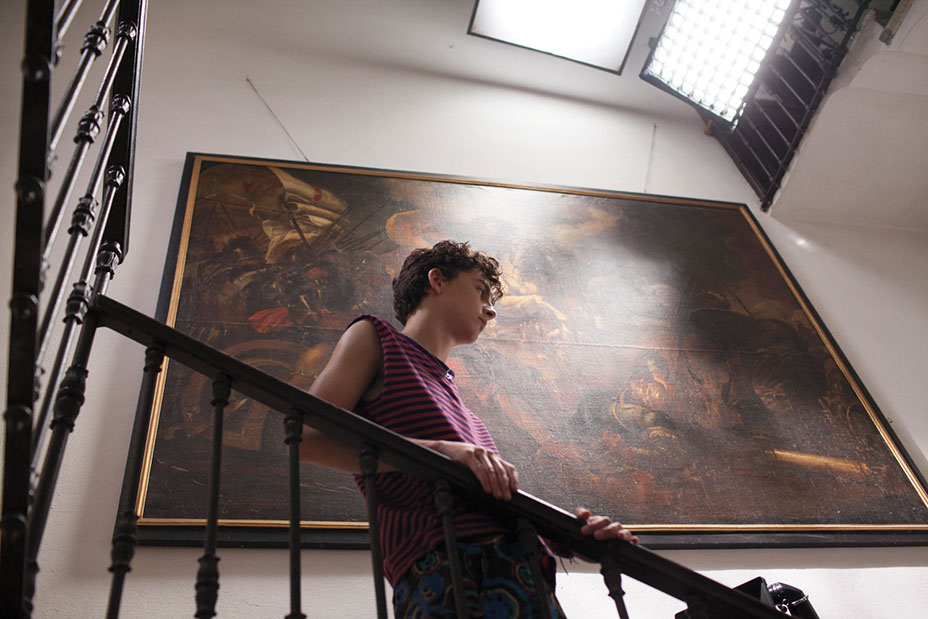 A far different patrician manor lies at the center of Jordan Peele’s Get Out, a social thriller that wrings its horror from its commentary on racial injustice. In Peele’s mind, the home of the story’s white, upper-class antagonists, the Armitages, was in upstate New York. The film, however, was shot mostly in Fairhope, Alabama. That provided a unique architectural challenge for production designer Rusty Smith. “I just kept thinking that this type of home had to be there somewhere [in Fairhope]. Finally, we went down one driveway, and we came around a corner and it was that house. It’s exactly the shot that’s in the movie.”

The house, originally made with bricks to “look old” and surrounded by the woods on an expansive 18 acres in Fairhope, had just the WASP-y quality Smith was looking for, but getting the owner to grant access to a Hollywood film crew was no easy task. “I spent an hour and a half trying to sweet-talk him,” says Smith. 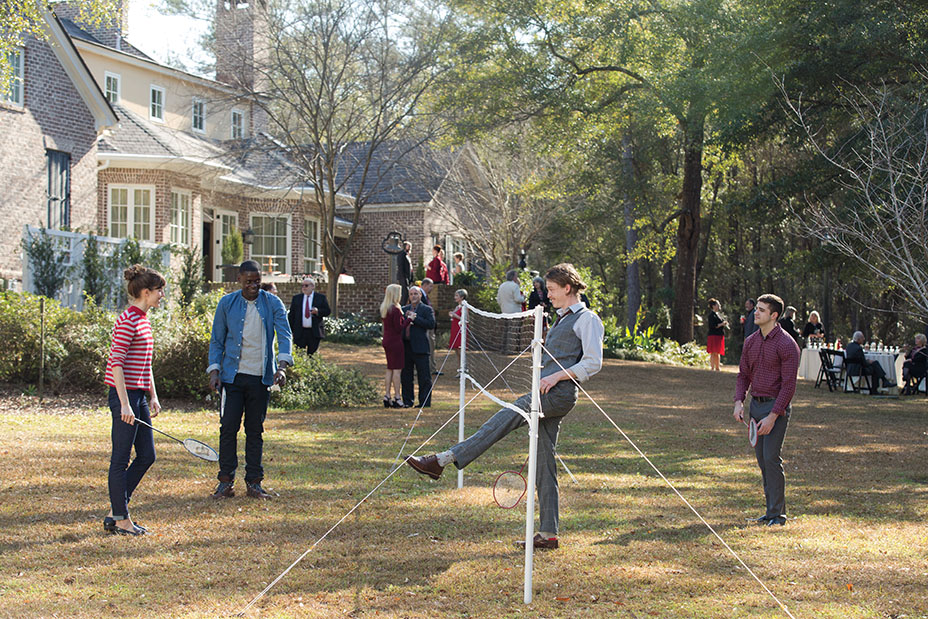 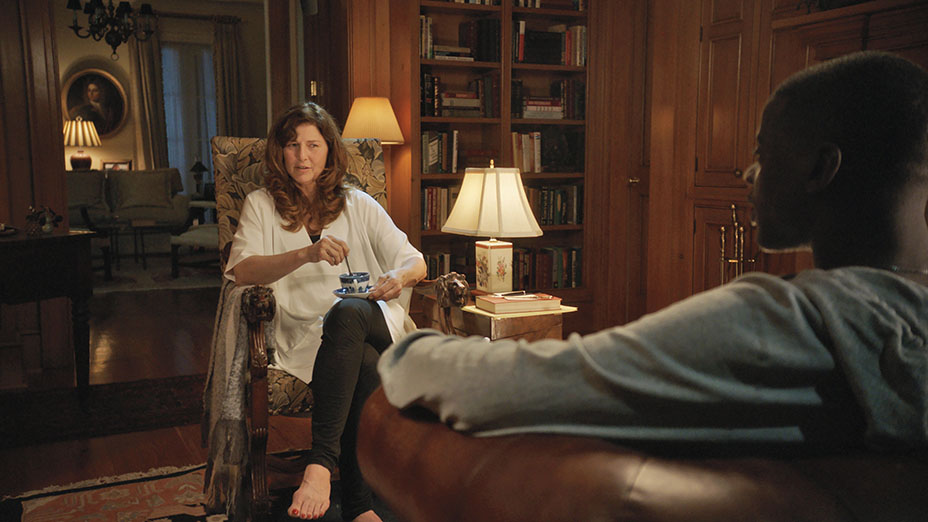 Smith’s sales pitch worked, and the crew scored the location. Comparisons to Stanley Kubrick’s The Shining abound when Smith describes the Armitage home. “You have to feel like there’s nowhere to run,” he says. “It was right off the road, but it gave the illusion that you’re in the middle of nowhere.”

In contrast to the more welcoming austerity of the Armitage home’s upper levels — replete with regal leather-bound chairs, a luxurious study and sprawling grounds — is its basement, which features heavily in the film’s most terrifying scenes. While the majority of the shoot took place in Fairhope, the basement set required a road trip to nearby Mobile and an abandoned schoolhouse and former Confederate hospital where “every low-budget horror film in Alabama shoots,” according to Smith. “That whole basement is, like, divided between three filmmakers: The game room is Kubrick, the hallway is David Lynch and the operating room is David Cronenberg.”

How Margot Robbie Learned to Skate Like Tonya Harding for 'I, Tonya'

For the game room, where the film takes its most crucial narrative turn, Smith “found this wood-paneled room that had this weird coffered, fluorescent ceiling that was right out of The Shining.” The focal point of the room — and the scene — was a stuffed, mounted deer head. The animal harkens back to an earlier scene and underscores Chris’ (Daniel Kaluuya) helplessness. It was “crucial” to the film, but it took a lot of searching to find just the right deer. After much foraging, Smith and his team finally found the perfect deer on Craigslist, and, yes, they named it.

In Guillermo del Toro’s The Shape of Water, production designer Paul Austerberry was tasked with creating a much more intimate space for the film’s lonely, mute protagonist Elisa (Sally Hawkins). “Guillermo wanted her apartment to be very minimal. No art. The place itself will become art,” notes Austerberry.

To transform Elisa’s humble flat into a work of art, Austerberry took more than a few hints from the film’s title. Several aspects of the room are influenced by the literal “shape of water,” from Elisa’s beautiful, antique chaise longue to the walls of the apartment itself. 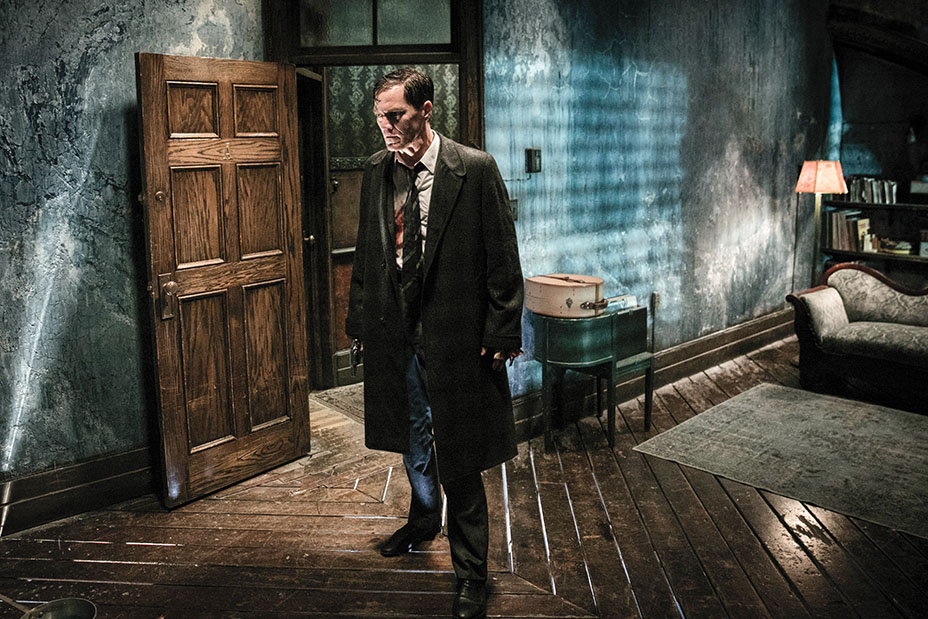 “We chose that couch for its shape,” says Austerberry. “We wanted this curvaceous shape to go with the curves and everything in that apartment. It was a little like waves.”

For the apartment’s blue interior walls, Austerberry took inspiration from the “most famous shape of water” — The Great Wave Off Kanagawa, a 19th century woodblock print by Hokusai. “It’s like an iconic shape of water, literally,” says Austerberry. His team superimposed the painting over the set wall and then painted the wave in tinted blue plasters onto its surface. “I wanted it to be the wave engulfing, crashing over doorway,” he explains, “so [anyone] entering this room would be engulfed by water — or the shape of water, anyway.”