When Netflix chief content officer Ted Sarandos took the stage at the world premiere of the third season of the streamer’s international hit, Money Heist, in July, he was met with loud cheers and applause from the packed house at Madrid’s downtown Callao Cinema.

Outside, fans had amassed in front of the theater while ushers, donning red jumpsuits and Salvador Dali masks — as used by the outlaws in the series — managed the foot traffic.

“It’s a great honor to be with you tonight for the world premiere of La Casa de Papel,” Sarandos said, pronouncing the Spanish title with an American accent to the delight of the audience.

“This show is extraordinary. It is from Spain, but viewed all over the world. From Istanbul to Paris, from Rio to Los Angeles, fans love this show. They cannot wait, they cannot get enough of this infamous band, and they are clamoring for their return.”

It’s true. Money Heist has been one of Netflix’s biggest international success stories and its most-watched non-English language series ever. It won an International Emmy and the third season was seen by more than 34 million households in the first seven days. Its lead actors are now internationally recognized.

So it was noteworthy when Amazon Originals recently unveiled details of its first real slate of originals out of Spain, including the casting of Netflix’s Money Heist and Elite co-star Jaime Lorente as the lead in its new series El Cid, made with Zebra Producciones and billed as one of Amazon’s most ambitious series in Europe, as well as a 1940s-set mystery series in production with Bambu Producciones, known globally for its high-end period dramas for Netflix (Cable Girls, High Seas).

“The platforms aren’t ordering new things — they’re ordering productions that Spanish companies have experience in, and with good production values considering how cheap they are,” she says, calling the Spanish production sector “a well-oiled machine.”

Indeed, many of the companies and people working with Netflix in Spain also work with its competitors. In this relatively small territory, platforms are going head-to-head for projects and talent.

Spain is an attractive market for multiple reasons, says Peter Welter Soler, partner in production services outfit Fresco Film and line producer in Spain on HBO’s Game of Thrones and Netflix’s Warrior Nun, among others. He cites relatively low prices and salaries for local productions, tax incentives with a payback cap that favors TV series more than feature films, a wide variety of geographic locations in a concentrated space and the infrastructure that comes with “a long tradition of training very highly qualified, international-standard crews” as factors driving the streamers to Spain.

As the world awaits the new landscape of streaming to come in the year ahead — with the introduction of competitor platforms from Disney, HBO, Apple and NBCUniversal, and in light of the EU directive requiring streamers to carry at least 30 percent of content from the region — Spain can be seen as a case study for how they’re likely to compete.

“For generations, one country and one culture has been exported around the world,” Sarandos said at the Money Heist premiere. “What La Casa de Papel proves is that great stories can come from anywhere in the world and make the whole world happy.”

Many credit Netflix — which began producing originals in Spain in 2016 and opened its first European production hub in Madrid this spring — for inspiring other international platforms to hone in on the country, as well as motivating local players such as Movistar+ to ramp up its original productions.

“There’s been a before and after since Netflix came to Spain,” says Jose Jaime Linares, president of Spain’s production professionals’ association APPA, who calculates more than a doubling in the number of series produced in the country since 2015.

HBO España launched in November 2016 and is producing five series in Spain this year, while Amazon released its first original Spanish production last year. Just a day before the Netflix hub opened in April, Viacom International Studios announced it would launch its own production center in Madrid. And in July, telecoms giant Orange announced its first fiction series in Spain in co-production with The Mediapro Studio.

But how are they going to compete with Netflix, which got a head start in Spain and this year has around 14 series and four films in the works? And how will they each attract talent and distinguish their content?

Calling this “an exploratory period,” Cascajosa says the platforms are working hard to establish relationships with local producers and filmmakers. “If you’re a platform and you want to get into Spain and you want to have these relationships, you need to be quick in buying these new series, because if you wait too long the series will go to someone else. It’s a very competitive situation,” she claims.

“A free market and competition always favor business,” adds Bambu executive producer Teresa Fernandez-Valdes, who notes that while her company never uses pressure tactics to negotiate with the platforms, “it’s a reality that exists: they know that if they’re not going to support a project, it can go somewhere else.”

Domingo Corral, head of original fiction programming at Movistar+, insists that rushing into a show is a mistake, but says the increased competition of the last few years “makes us all better, because it makes you think harder about how to be different, how to be original, how to deliver a good-quality show” for viewers with limited time yet seemingly unlimited options.

Here’s a rundown of the competition Netflix is facing in Spain: 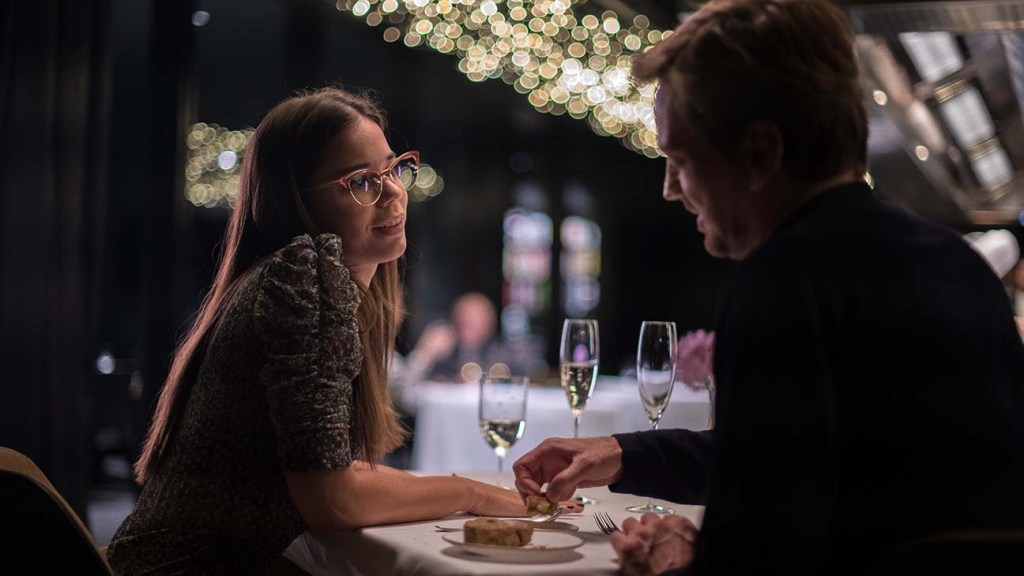 By focusing on just a small handful of carefully selected projects with both local and global appeal, projects it dedicates significant time to developing, HBO seems to be distinguishing itself from the competition.

“We produce fewer titles than other brands around us, so the margin of error is smaller than with other brands. If we produced 20 series a year just some of them would be maybe what we expect, and we don’t want to do that. We want to hit the bullseye on every shot.”

HBO España will produce five series in Spain this year and expects to premiere two to three annually. This, out of the “well over 1,000 projects” Salvat says his office has analyzed since opening in Spain.

According to Salvat, HBO doesn’t greenlight projects until they are “well or nearly complete” because “development is very important for us, probably much longer than with other brands.”

Its current slate spans a variety of genres and pulls from known filmmakers, such as Coixet with romantic series Foodie Love and Alex de la Iglesia with horror series 30 Coins, as well as recognizable source material, including Basque drama Patria, based on a best-selling book, and comedy Whatever, based on a Goya-nominated short film. 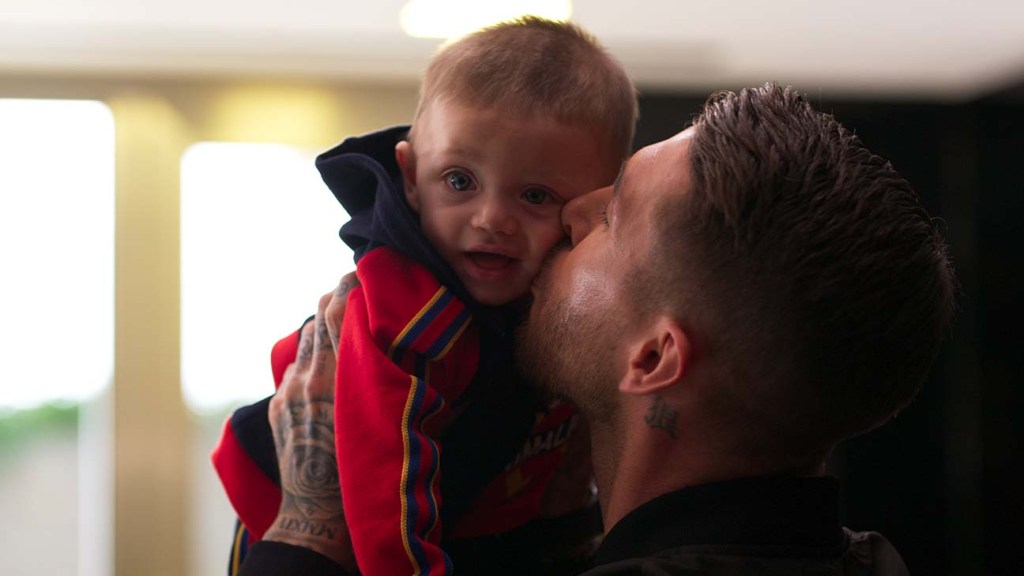 The super-production El Cid will tell the story of the medieval epic hero who managed to bridge the various kingdoms, cultures and religions that co-existed on the Iberian peninsula. Amazon will also shoot 19th century international romantic drama La Templanza, based on the Maria Duenas novel and set across Mexico, London, Cuba and Spain.

“We know our Spanish public wants to see local series from the best creators,” Amazon Original Series director of European Georgia Brown explained in a statement, calling A Private Affair “a series that nobody will want to miss and that we’re sure will be a success, not just in Spain but internationally.” 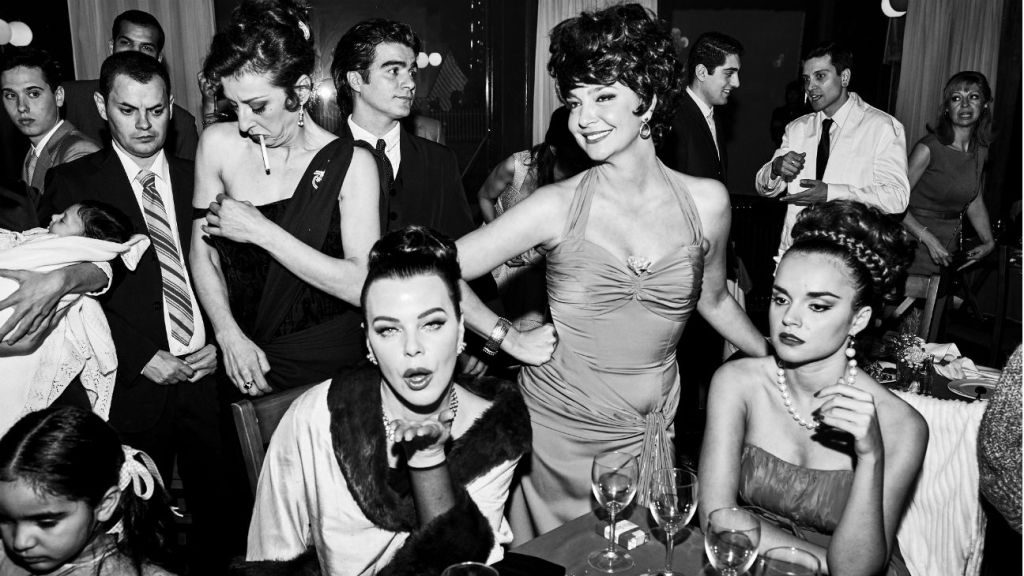 The new adventure series, a co-production with War partner Mod Producciones about the discovery and legal case surrounding a trove of sunken coins based on the graphic novel The Treasure of the Black Swan (El Tesoro del Cisne Negro), will shoot next year and is part of the company’s ambitious annual investment of an estimated $78 million in original content.

Domingo Corral, head of original fiction programming, says plans include around a dozen series and two feature films per year. “Our approach to making original series is talent-driven. We try to tell the story in a way that hasn’t been told before, so originality, innovation, being unique and different and creator-driven are the key things that we look for when we greenlight a project.”

He cites stylish black-and-white series Arde Madrid, starring Debi Mazar as a decadent Ava Gardner living in repressed 1960s Madrid, as a prime example. Arde Madrid co-creator and co-star Paco Leon told local press that Netflix had passed on the project, which Movistar premiered last November, because it was too expensive.

“When you are creator-driven, it doesn’t mean you are niche,” Corral notes. “We want to be mainstream as well. You can combine both: you can reach the wide audience by being original.” 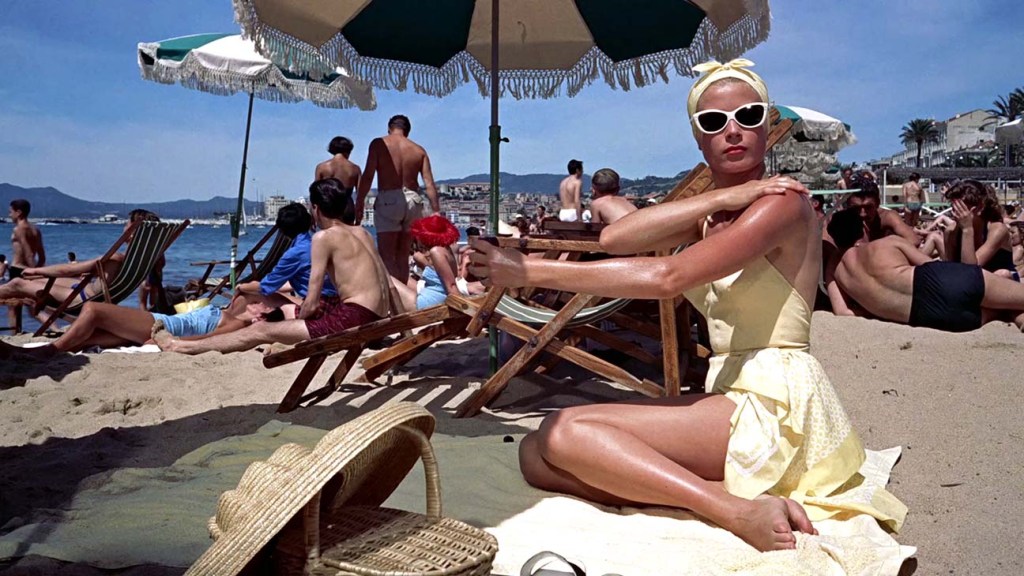 In April, VIS announced it would open a production hub in Madrid to focus on Spanish-language content, working closely with the VIS Americas office opened last year.

Raffaele Annecchino, president for Southern & Western Europe, Middle East and Africa of Viacom International Media Networks (VIMN), says the company is focused on creating content for its own channels and platforms, including Paramount+ and Pluto TV, as well as for third-party networks.

For Pluto TV, which is now in Germany, he says the objective is “to continue to roll out the service aggressively at an international level over the next few years.”

VIS in Madrid will be focused on entertainment and comedy, including adaptations of popular formats from elsewhere around the globe, as well as some scripted content, like thriller Red Dot and two projects with Mediapro: Victoria Small, about four women who come together to raise a child; and Bad People, about a group of women who accidentally kill a stalker then decide there are more chauvinists in the world who deserve equally to die.

Its series To Catch a Thief, a Hitchcock remake co-produced between Argentina and Spain with Telefe and Globomedia Mediapro, premieres in Italy on July 31 and in Spain and Latin America later this year.