It was a big night for Bradley Cooper. He was not only nominated for actor in a leading role for his performance as Jackson Maine in A Star Is Born, but the movie (which he produced and directed) was also up for best picture. He also performed “Shallow” onstage with Lady Gaga.

Fortunately, the one thing he didn’t have to worry about was producing an Oscar-worthy get-up for the event, as he has been working with veteran stylist Ilaria Urbinati (who also works with Rami Malek and Armie Hammer) and men’s groomer Natalia Bruschi (whose clients include Ben Affleck, Justin Theroux and Ben Stiller) for all of his red carpet and press appearances. 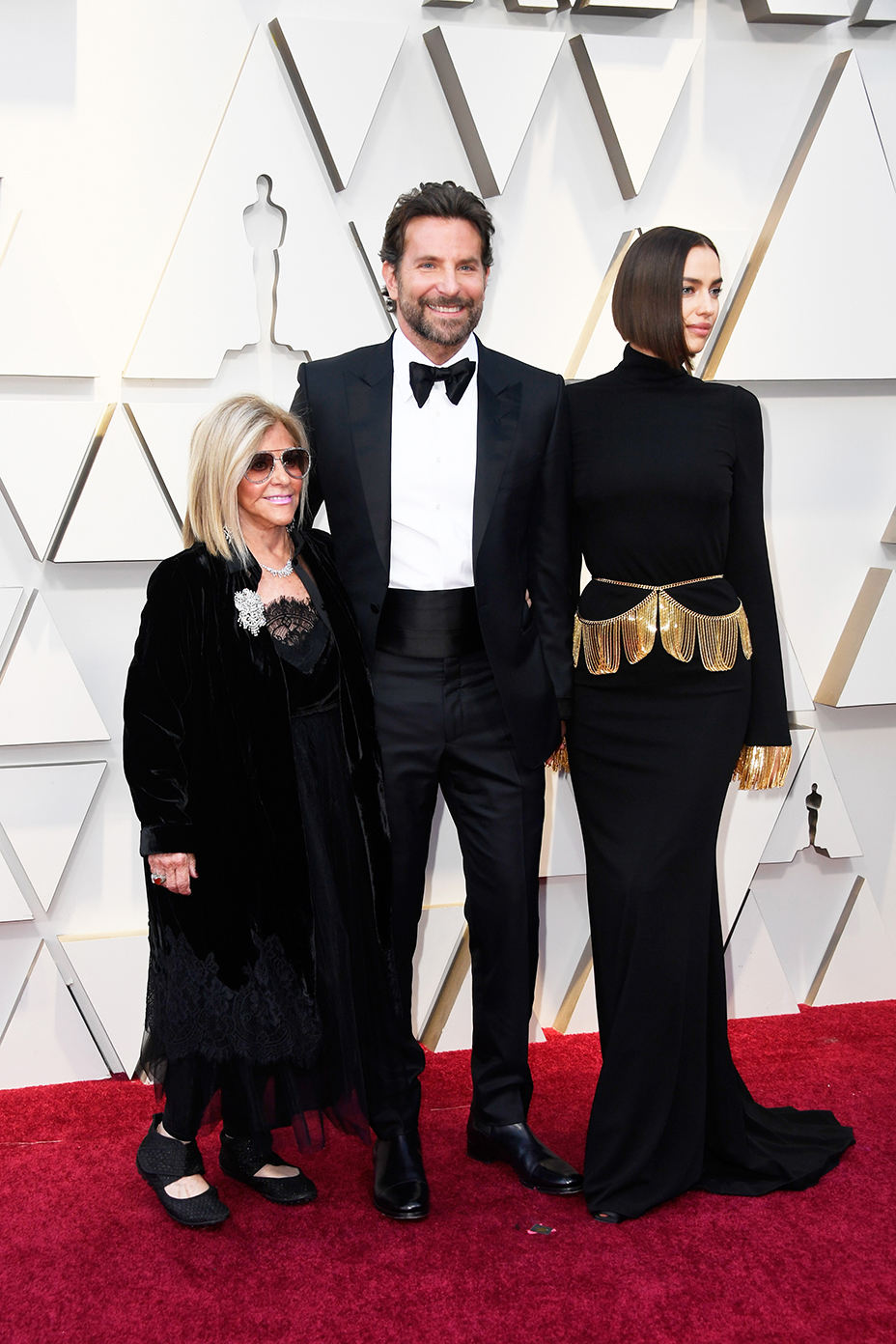 Not that Cooper is one to linger on the red carpet chatting about what he is wearing. “For the SAGs he stepped on the carpet real quick and that was it,” Bruschi told The Hollywood Reporter. “He missed the Critics Choice red carpet because he was watching an NFL playoff game. At the Golden Globes he was presenting, so he was in a hurry to get backstage and prepare.” Urbinati agreed: “The main focus for him is not so much the red carpet; he’s not worrying about that at all tonight.”

What the team was preoccupied with was Cooper’s musical performance and the challenge of finding a red carpet look that would work in both settings. “He was just very focused on the stage look. He’s a guy; he doesn’t want to change for his performance. He just wants to walk up there,” Urbinati told THR. “He needed to able to move in it, so we were at rehearsals last night until 11 o’clock to see what he would be doing onstage.”

What they discovered was that a lot of last-minute adjustments had to be made. “You tailor things differently for sitting — the pant has to be longer and things like that” Urbinati explained. “So we had to find that middle ground between having it look good on the carpet and having it look good when he’s onstage, sitting on a stool and moving and singing.” 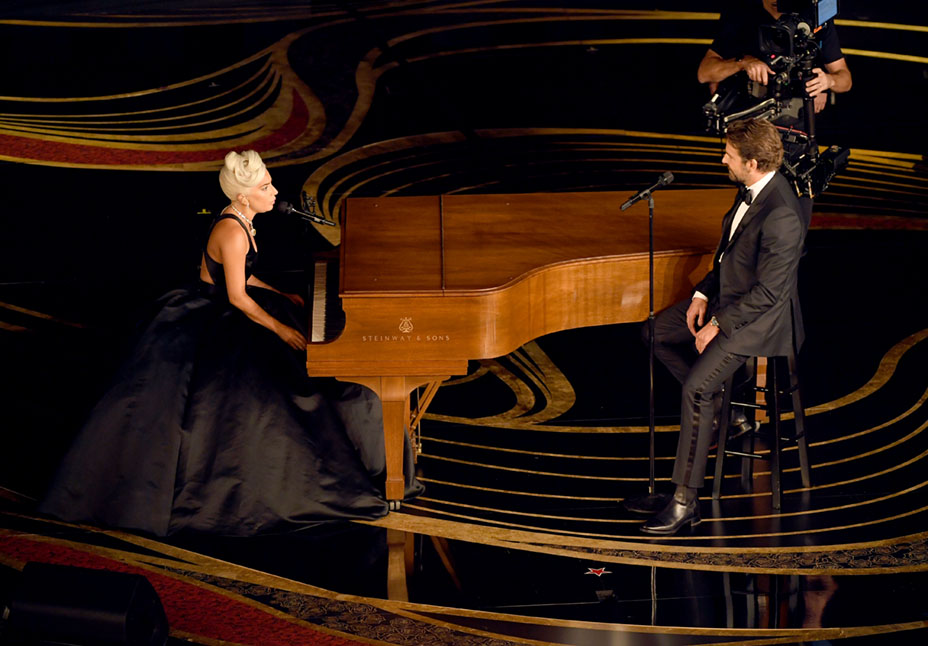 “When it comes to creating a red-carpet look, wardrobe definitely plays a role in how they are groomed,” says Bruschi. “If it’s a daytime event, I’ll keep the hair loose, use limited product and create something more fun and playful. If it’s an evening event and he has a suit on, I’ll tighten up the look by adding more product so it’s a bit more polished. For a black tie event, I’ll create something more sleek.”

That said, it’s always a surprise with Bradley, according to Urbinati and Bruschi. “He loves changing his look, and I never know exactly what he’ll want to do until the day of. At the Golden Globes we went for a more polished, sleek look, while the SAGs was more relaxed with some facial hair,” said Bruschi.

Prepping for these events, the mood is always pretty peaceful, said Bruschi. “While we were getting ready for a couple of awards shows, we watched the playoffs. He’s an Eagles fan and was hoping they would make it through to the Super Bowl.” More recently, they’ve been listening to classical music, as the actor is prepping for next project about composer Leonard Bernstein.

For Cooper’s Oscar outing, Bruschi used Acqua di Parma’s new Barbiere Face Scrub, followed by the Barbiere Clay Face Mask. “I had him leave it on for 10 minutes before removing and applying some Barbiere Moisturizing Face Cream and Moisturizing Eye Cream. The soothing roller ball on the end of the eye cream helps to sooth any puffiness and minimize dark circles, which Bradley enjoys. I also did a facial massage using Jillian Dempsey 24K Gold Sculpting Bar for increased definition.” 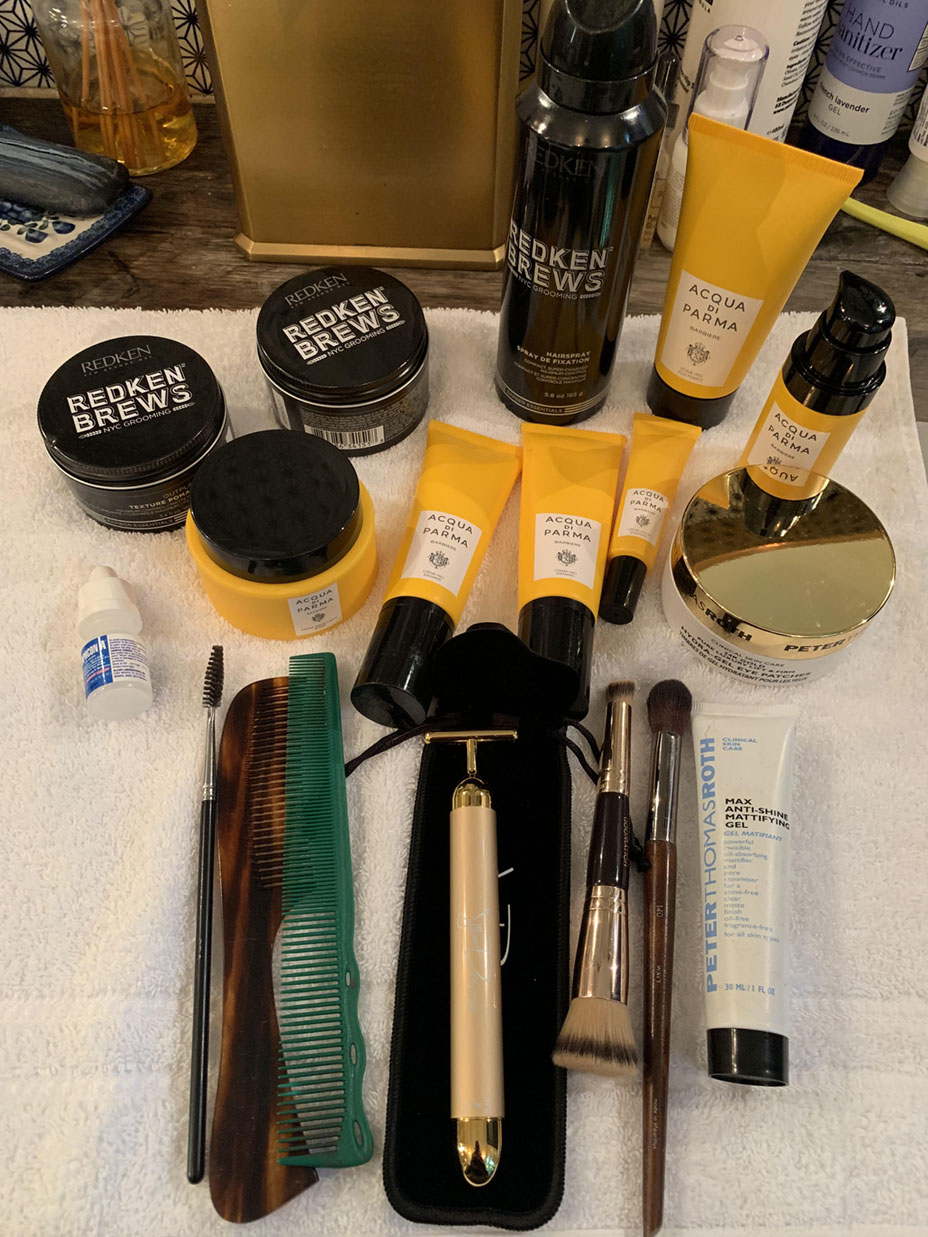 In the end, Cooper went with a classic Tom Ford tux and stuck with a more relaxed look, keeping his hair longer and looser and a full beard. “It’s not normally how men show up on the red carpet,” said Bruschi. “But because he’s performing, he wants to look and feel more relaxed as it’s part of the character — more of a singer and less of a movie star. He needs to get into character.”

“We went back and forth a lot about this,” said Urbinati. “He’s onstage and he’s not playing Jackson, he’s not in character, but it’s a star from the film, so he wanted it to feel a little more rock star in that way. So we did a bow tie that’s a little bit bigger so it has a bit of a ‘70s feel to it and black leather boots by Christian Louboutin. Normally, I would not put somebody in black leather boots with a tux at the Oscars. This was an outfit more for the stage performance than it was for the carpet, but it looks cool and it looks kind of rock ‘n’ roll so it works.” Cooper finished the look with an IWC watch.

“It was definitely more challenging than I thought. If he had changed, it would have been easier,” said Urbinati. “He doesn’t like to worry about that stuff, but I do. He’s a dude and he’s mellow about everything so he’s like, ‘This is good.’” As the team left Cooper to prepare for the event, Bruschi said, “It’s bittersweet, because we won’t be seeing him for a while, but it’s also a relief for us all as it’s been such a long awards season.”