Starring Nicole Kidman and Elle Fanning, How to Talk to Girls at Parties is based on Neil Gaiman’s (very) short story about a couple of teenage boys in 1970s London who crash the wrong house party, only to find that their mysteriously beautiful hosts are visitors from outer space.

Speaking to The Hollywood Reporter on an unusually hot, 80-plus-degree spring day in New York (so hot, his phone broke), Mitchell talks about contributing to Kidman’s busy Cannes schedule (she’s in four films), how Assassin’s Creed got in the way of another A-list casting and his upcoming autobiographical project, Homunculus.

It’s been seven years since your last feature, Rabbit Hole. Why such a long wait?

Well, as you know, it’s not the golden age of independent film anymore in terms of people taking risks. And after Rabbit Hole, I really did want to go back to doing my kind of thing. Rabbit Hole was a wonderful adopted child. But it’s not the late?’90s, early?2000s, when there was a lot of money floating around for risk?taking ventures. Making this film was kind of hard to finance. It doesn’t quite fit into the genres that even children now seem to need. Is it a horror? Is it a comedy?

How would you describe it?

I know … but there’s a lot going on. We brought in the punk element, because it wasn’t really in the story. Then I kind of plumped up the Romeo and Juliet story. The punks and the aliens are fighting to keep the lovers apart. And in some ways we made the lead character into Neil. He was actually in a punk band and was offered a deal, but his dad refused to let him sign because it was a terrible contract. So Neil always wondered what might have happened. 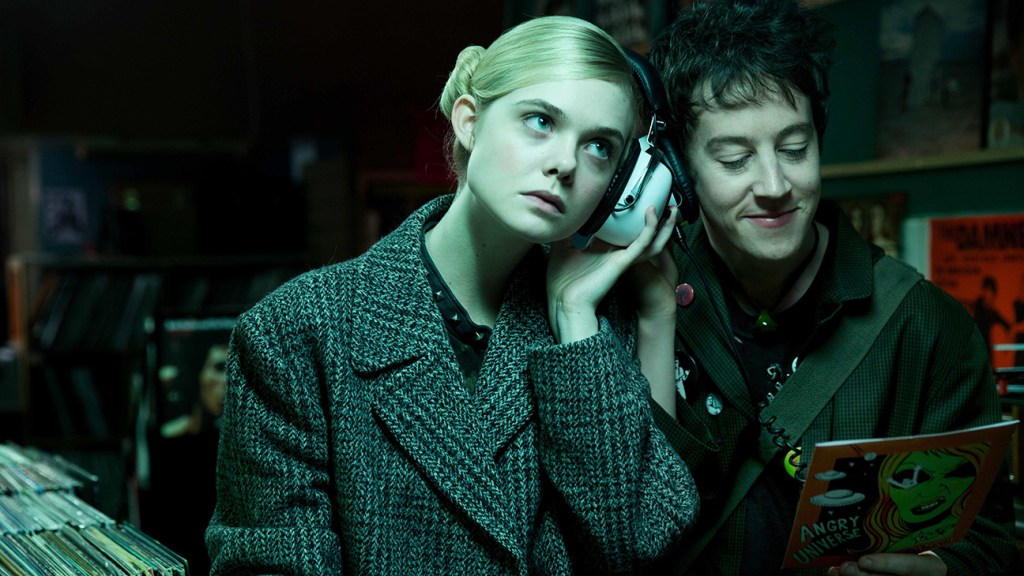 How involved was Gaiman in expanding his story?

The directive he gave was: Let’s keep it earthbound, let’s not make it a sci-fi in the modern sense where it’s a space opera. Let’s keep it a day in the life of [London borough] Croydon, but an alien experiencing it as something rather exotic.

How does it feel to be part of Nicole Kidman’s domination of Cannes?

Oh my God, it’s funny, because she — of the people in her category of stars — is the most adventurous. Look at anyone in her age group, female or male, and look at the directors she sought out. Lars von Trier. Park Chan?wook. Me. Lee Daniels. She goes for the oddballs. Marion Cotillard is probably the other one.

Who you’ve also worked with on L.A.dy Dior …

Yeah, she was going to have a cameo in this but was busy with Assassin’s Creed, sadly. But Nicole is in her own category — a beautiful, mysterious figure. And that gets a lot of shit. Finally, with Big Little Lies, she’s kicking ass in that … she’s cool again. That’s what happens when you stick around — you become a national treasure.

Over the past few years, you’ve appeared in Girls, Vinyl and now The Good Fight. Do you consider yourself more an actor than a filmmaker?

I’ve always liked it all. I think I started more as a writer because I was big into books and comic books. And that was always my dream. And then the acting came along and it felt like kind of an addendum to storytelling, but not the source. You know, like a channel. And I like that because it got me off the chair, you know, and into the world. And then the directing was collaboration and fun. So, for me, I still really need all three. I think writing is still my favorite.

Cannes Competition Lineup: The 19 Films Battling for the Palme d'Or

What are you working on now?

Right now I’m writing a musical television series, which is much more autobiographical. I’d star and maybe co-direct. I’m also writing the songs. I can’t say too much yet, but it’s called Homunculus.

I always liked it as an insult. It’s something Glenda Jackson would use, isn’t it? “You Homunculus!” But it’s been consuming me for the past year, and I’m thrilled. It’s like I haven’t been this excited before because it’s coming right out of my bowels.

This story first appeared in the May 20 Cannes daily issue of The Hollywood Reporter magazine.