A con man murdered by his target’s daughter, who learned her defense skills from The Walking Dead. A renowned politician losing his career over the botched attempted murder of his gay lover. A nail-biting prison escape sending shock waves through a small community as they discover the escapees’ accomplice is one of their own. With true life this eventful, who needs fiction?

Last year’s wave of true-crime series proves that the popular genre still dominates, but not every real-life case makes for compelling television. “Just because it really happened doesn’t mean it’s a story that everybody should be paying attention to,” says Robin Swicord, co-writer of Ava DuVernay’s When They See Us, the Netflix miniseries (which debuted May 31) about the Central Park Five. “There are certain kinds of stories that have tremendous power for people, and I think this is a powerful story that anyone can relate to — certainly the community that was most affected by it.”

To be able to truthfully relay the emotional journey of the African American teens who were falsely accused and convicted of brutally raping a New York jogger in 1989 and released in 2002, the series’ writers spent a day speaking with each of the five men. “Time had not blurred their memories of what they went through,” says Swicord, who, along with writers Attica Locke, Yusuf Hassan and Michael Starrbury, spent eight hours going over each individual’s experience. “I will never forget being in a room for a full week with these men. I felt that it really changed me.” 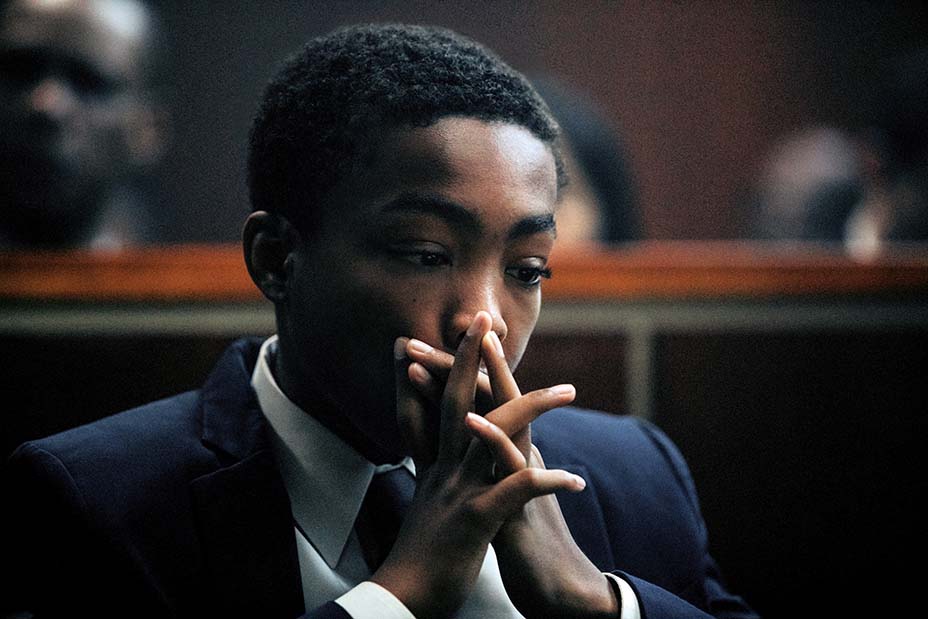 Even the most well-covered case can benefit from a new point of view. Growing up in England, Russell T. Davies knew the events of BBC One and Amazon’s A Very English Scandal well, a trial in which Jeremy Thorpe, a British member of Parliament and leader of the Liberal Party, was accused of conspiracy to murder his gay lover, Norman Scott. “It was called the trial of the century even at the time,” says Davies. 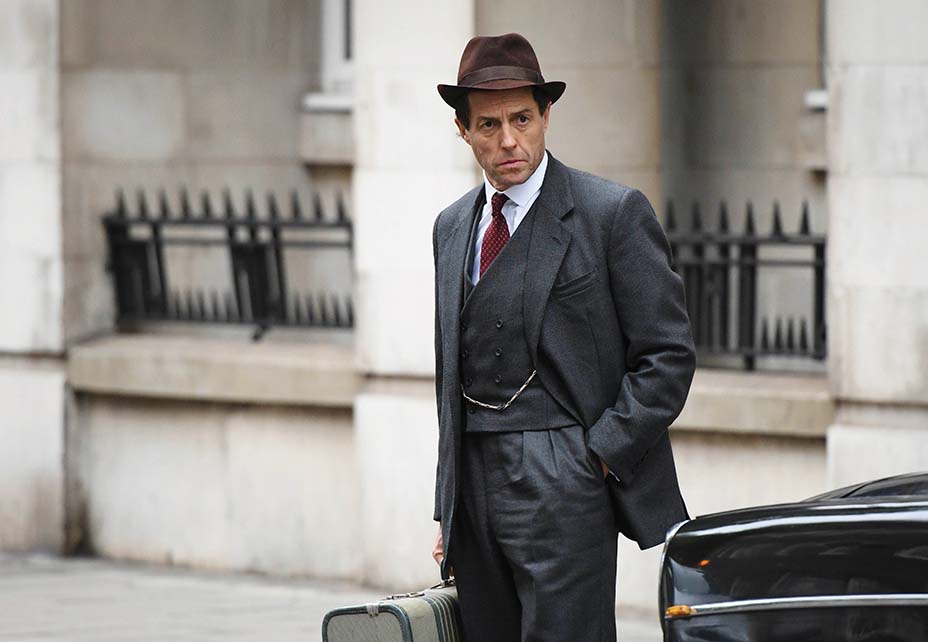 When approached to adapt John Preston’s 2016 book about the scandal, Davies knew what he wanted to express. “As a gay man, I walked in and understood very easily what was going on. I was there to explain not what happened, but why it happened,” says Davies. “By understanding, you sympathize with them, even when people take terrible actions.”

What Davies felt he needed to add to already familiar events was context: the story of a relationship that those reporting the case seemed to have had a hard time grasping. “At the time, to be standing up in 1979 as gay — as Norman Scott was — was to be crucified by the press because they simply didn’t understand it. They’d never seen anything like him whatsoever,” says Davies. “We welcome and know those people now. We understand them.”

In the case of Jeremy Thorpe, Davies decided to include a scene toward the end of the three-part miniseries that would explain why Thorpe preferred Norman to other men. “You see a sequence of one-night stands which were violent and dangerous. You realize that Norman was the nicest man he could possibly have been with,” says Davies, admitting that the montage is fiction. “It’s hard because the BBC lawyers fact-check every single thing, but no one in the world could disprove that Jeremy Thorpe had nights like that, because I know that nights like that happen to every single gay man,” says Davies. “I know in my heart that’s what they go through. That’s not just a throwaway scene, it’s what explains his motivation, his secrecy, his paranoia, his anger, his guilt, his doubt, his inability to love. That explains the whole man.”

To dramatize the well-known podcast series Dirty John, about the final exploit of a con man named John Meehan who had habitually scammed and manipulated women before meeting a violent end, series creator Alexandra Cunningham needed not just to establish the extreme charm and likability of a character the audience already knows to be the villain, but also to show how a successful, self-made woman like Debra Newell — who likely didn’t suffer fools in other aspects of her life — could fall head over heels for him. 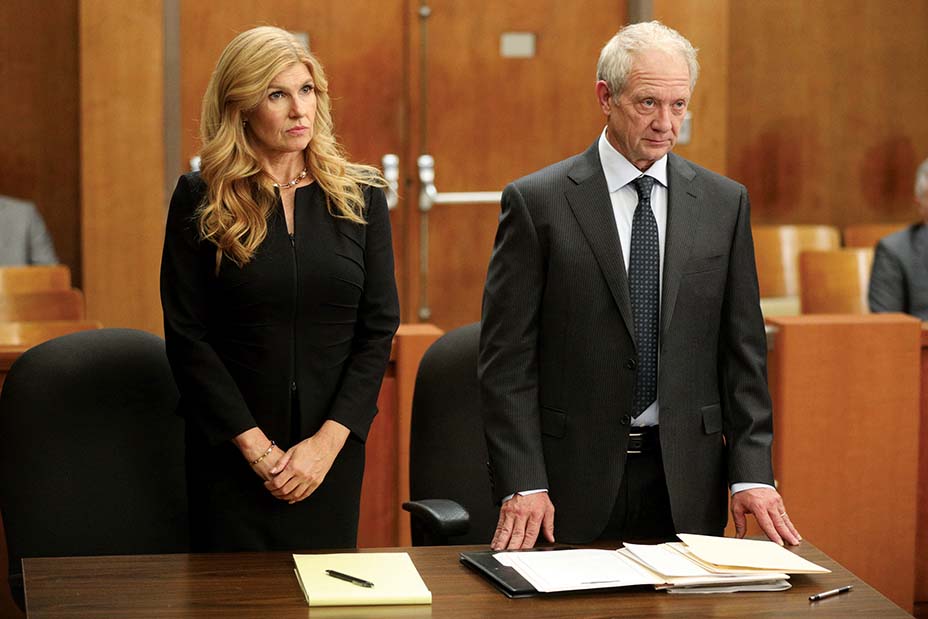 In delving into the vast source material gathered by Los Angeles Times writer Christopher Goffard, what struck Cunningham was the aggressive condemnation of Newell. “There was a tremendous amount of judgment toward Debra on the internet — a lot of using of the word ‘stupid,’ and that seemed tremendously unfair to me,” she says.

To set up their fast and furious relationship, Cunningham focused heavily on point of view — in this case, that of Newell. “I was especially concentrating on trying to show people a different side of Debra, the one that is so generous and willing to take people at face value and give them the benefit of the doubt and trust them — these qualities that our society seems to view as weak these days.”

Casting for the Bravo miniseries — which was in place before the scripts were written — greatly aided Cunningham’s cause. While Eric Bana exuded instant charm, Connie Britton came to the role of Newell with not just a built-in fan base, but also a natural acumen that a writer could use to establish the character’s smarts. “She plays this emotional intelligence that really makes you have to take a second look,” says Cunningham of Britton. “You have to think, ‘If she’s doing that, then how can I say that I wouldn’t equally be taken in?’ because of what Connie brings to all her characters.”

There are, of course, times when a figure’s real-life charisma can complicate what a writer is trying to accomplish. In Showtime’s Escape at Dannemora, Benicio Del Toro’s and Paul Dano’s characters — they play convicted murderers who break out of the Clinton Correctional Facility in upstate New York — were so compelling that some viewers were hard-pressed not to hope for their success. “We were very aware when the guys were on the run that a lot of people were rooting for them,” says Brett Johnson, who wrote the series with Michael Tolkin. “We realized that, unless we depicted — not just heard about, but really showed — the murders that they committed, we might turn these guys into folk heroes.”

Johnson and Tolkin made a point of reminding viewers why Richard Matt and David Sweat were behind bars in the first place. “What happened with the police officer that David Sweat killed — we wanted to take our time with that and treat his last night with dignity,” says Tolkin. “We really felt an obligation to [their victims] Kevin Tarsia and William Rickerson, and their surviving family members, to show that this isn’t one of those movies where violence is being inflicted upon other guilty people so that you can take pleasure in it.”

In all of these adaptations, the writers tried to stick as closely to the truth as possible, turning a wealth of police reports, literature and interviews into a narrative that makes sense dramatically. But even when there are first-person accounts of what happened, writers have to go with their instinct. “We need to do the version that we think is what really happened, which is never going to be exactly what one person says,” says Johnson, who was able to meet with Sweat for the series. “According to Sweat, he was the mastermind of the escape. We don’t actually have any evidence to the contrary, but we asked Sweat a couple of questions, and he lied about the answers, so we took his claims as his after-the-fact re-creating stuff. The guy is never getting out of prison, but we’re telling the story about his life, and the one thing he has is to try to make himself look good.”

There are also occasions when using the source material only as inspiration serves the narrative best. Such was the case with I Am the Night, the dark coming-of-age story of author and motivational speaker Fauna Hodel’s search for her birth parents. Hodel discovered that her maternal grandfather, George Hodel, was likely the Black Dahlia killer and, it is widely believed, her biological father (after raping her mother). In the TNT series (which debuted Jan. 28), Fauna and George face off at his iconic residence, Los Angeles’ Sowden House, to dramatic consequences. “The true story is incredibly complicated and [wouldn’t be] as satisfying [onscreen], because in reality Fauna never came face to face with George Hodel,” says writer Samuel Sheridan, who was also wary of turning the story into another Black Dahlia murder mystery. “Our central truth was about this girl who set out to find who she was and discovered the worst things were true and found a way to come through that.” 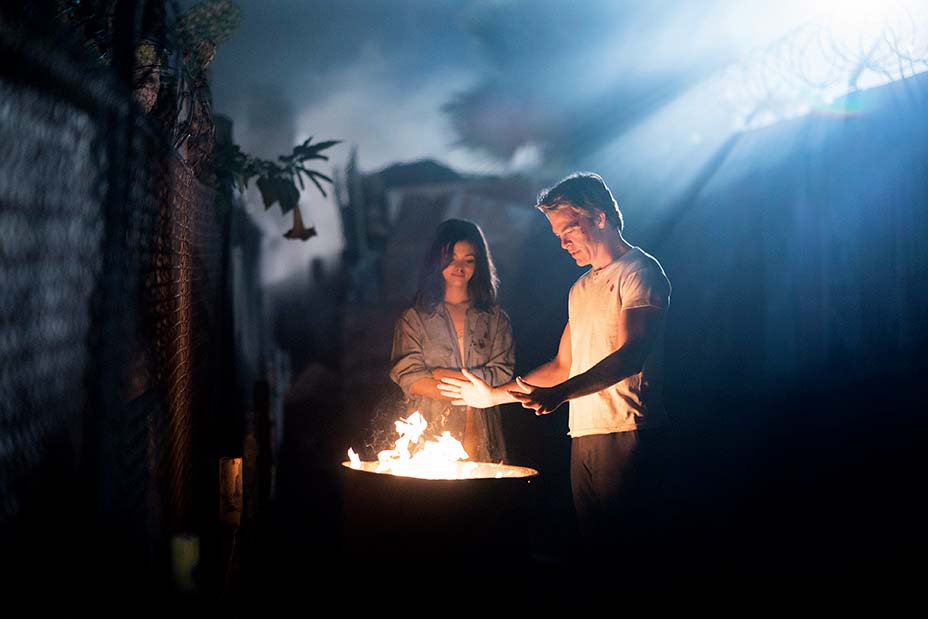 Sheridan and his wife, Wonder Woman director Patty Jenkins, who executive produced and partially directed the limited series, had for years discussed how to turn this fascinating character study into a narratively cohesive story. With the resurgence of the miniseries format and the invention of Jay Singletary, a fictional Korean War veteran and disgraced reporter (played by Chris Pine) who helped the narrative move forward more efficiently, the story started taking shape.

“I thought there was an interesting parallel to work with between Jay and George Hodel in that they both have killed people and felt some of the things you don’t ever want to talk about in killing people — the kind of surge of power and joy and thrill that might come to a certain kind of person,” says Sheridan. “Whereas Jay is tormented by it, Hodel has embraced it.”

It’s this exploration of moral complexity in the people who commit horrible acts that makes true crime such a draw, the writers believe. “In my life, I’ve never really known a pure good guy or a pure bad guy, and I think that when you have a true story, it gives you license to tell something that’s more truthful and honest about who people really are,” says Johnson. “I think people want those adult stories that are complicated and ambiguous and resemble a world that we’re familiar with.”

The Mogul for This Moment: Ava DuVernay Takes on the Central Park Five, Trump and Her Own Ambition