The cast of Modern Family had already reached emotional depletion, shooting their final group hug, when director Gail Mancuso told them one more take was needed. “We were getting ready to call it a day, and I went in and said, ‘You’re not going to like this note. It just got too emotional too soon,’ ” says Mancuso. “They’re like, ‘No! You can’t make us do it again.’ ” But, at Mancuso’s behest, the cast went in for one last hug, nailing the take that closes the 11-year series.

A bookend may be an episode etched in television history, but to Mancuso, it had the same requirements as every other chapter of the show. “Every episode is historic,” says the two-time Emmy winner. “Any episode you do is going to live on in reruns forever, and if you don’t get it right when you’re shooting it, you’re not going to get it right in the editing room. I’m pretty headstrong when it comes to knowing if we have [the right shot], and I knew we needed to do another take.”

Having directed 31 episodes of the sitcom — more than any other director — Mancuso was the obvious choice to bring the ABC series to the finish line. “It just meant the world to me,” says Mancuso. “I’ve always felt like I was part of that family.” After a decade together, Mancuso also knew that while the logistics of the episode could be meticulously planned, there was no way to ready yourself for having to say goodbye. “You can’t put in a production schedule, ‘Allow this amount of time for crying or people telling heartfelt stories,’ ” says Mancuso, who let each emotional moment breathe on and offscreen. “Every day, my mantra was, ‘Let’s savor every second,’ and I even said it out loud. We needed those moments. It was always real, but it was also the perfect way to end the series.” 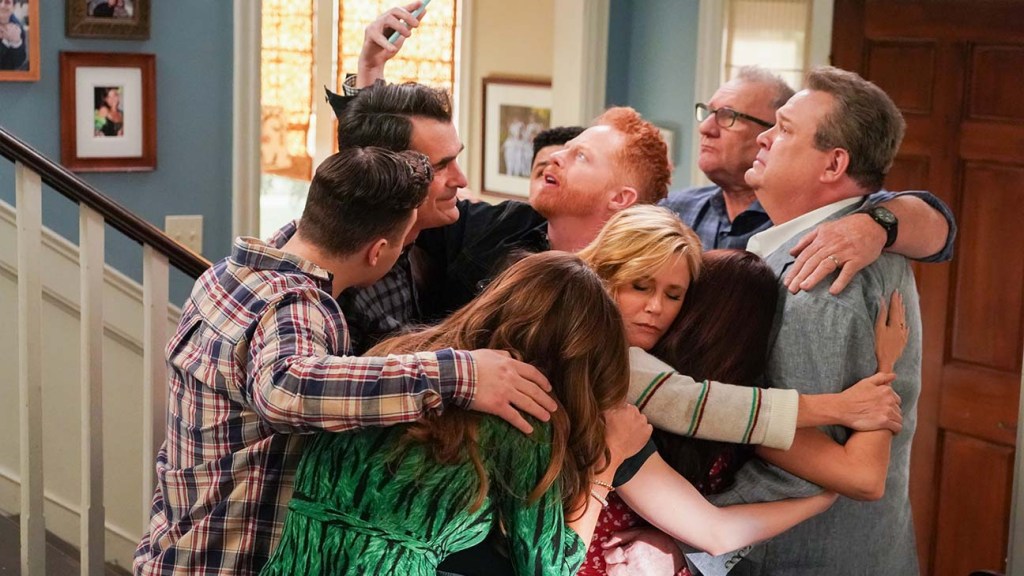 After helming every closer and all but one opener since the third season of Showtime’s Homeland, there was no one more equipped to shepherd home the espionage thriller than Lesli Linka Glatter. But even with 25 episodes and five Emmy nominations under her belt, the last installment felt unique in its challenges. “Doing a series finale is just fraught with land mines,” says the director of the eight-year series. “If you end it badly, the whole series is colored in a different light. I try not to think about it, but you can’t help it.”

What didn’t help ease the pressure was that the ending, where it is revealed that Carrie Mathison (Claire Danes) not only spent the past two years writing a Snowdenesque exposé of the CIA but also became Saul Berenson’s (Mandy Patinkin) new asset in Russia, came together in the 11th hour. “There was a lot of discussion and many versions, but I didn’t get the final pages, literally, until days before,” says Glatter. “Once we all read the pages with Carrie’s book, it was like, ‘Oh my God, that’s the end that links everything together.’ “ 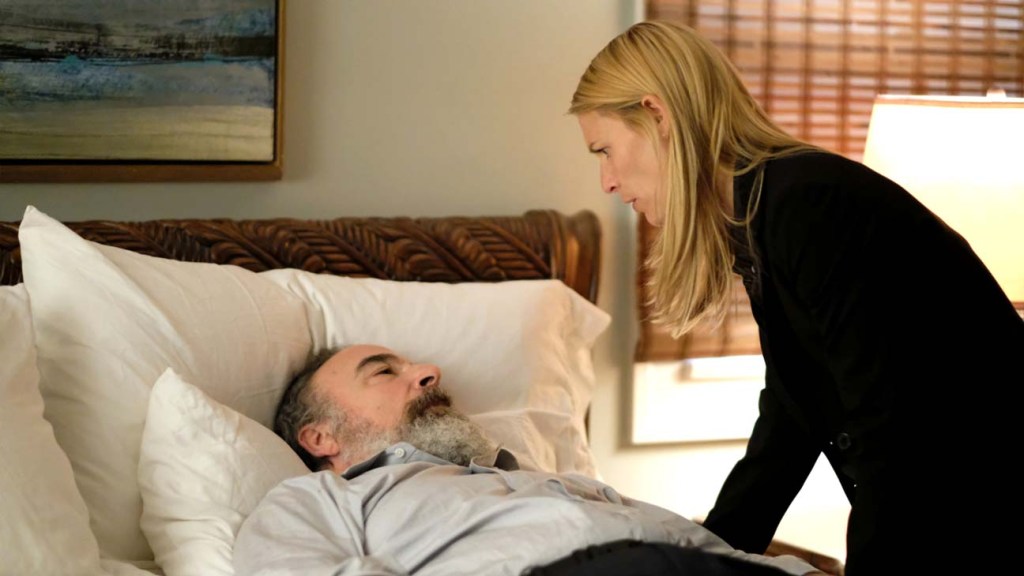 While the most complex scene was the nail-biting moment when Carrie threatens to take Saul’s life unless he reveals his Russian asset, it was that last-minute addition to the finale that reminded Glatter that her craft is an intangible mix of consummate planning and magic. “When Mandy read the note that was in the spine of the book that Carrie had sent him, he took quite a long time before he looked up. The look on his face … I got chills going down my spine from that,” recalls Glatter. “Those are the kinds of things that you can never imagine in your head.”

Schitt’s Creek co-creator Dan Levy had always known that he was going to direct the final chapter of the quirky Pop TV comedy. “Making this show has literally been the great love of my life, so it just felt appropriate,” he says. But because much of the plot focused on Levy’s character’s wedding, he asked frequent collaborator Andrew Cividino to co-direct. “The stakes were so high on this last episode that it needed that second pair of eyes,” says Levy. “He and I actually went to film school together, so it felt like a nice full circle moment for us.” 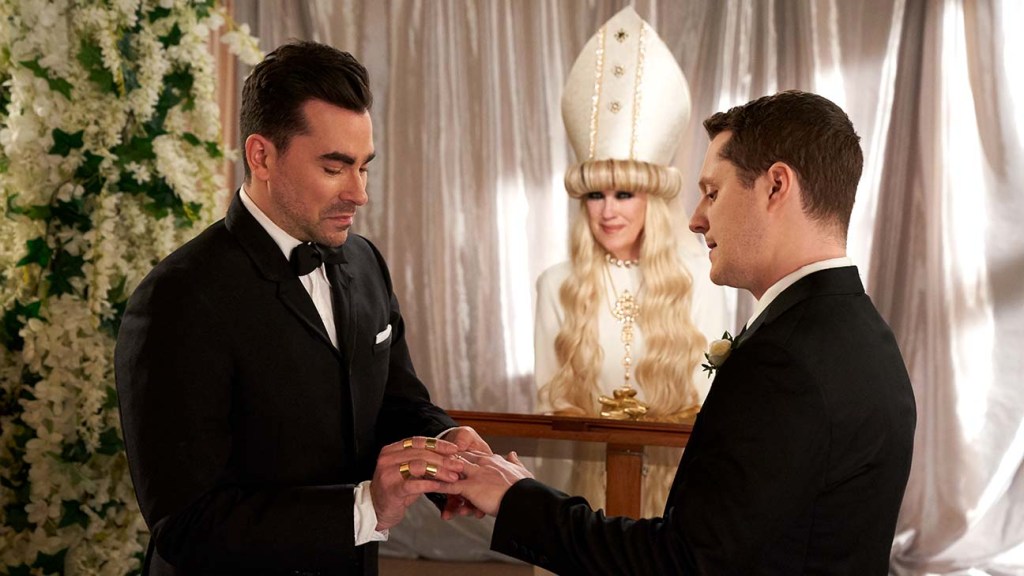 Working together throughout the season allowed Levy and Cividino months’ worth of wedding walk-throughs, but all the preparation in the world could not alleviate the stress of the big day. “I felt a lot of pressure going into the wedding, so I insisted that we cover Dan first,” says Cividino. “His first take was so moving that I felt this huge sigh of relief because I knew if we just held on to this moment, we’d have our episode.”

Having cast and crew moved to tears only worked to enhance the ceremony — with a caveat: “There’s a challenge when your actors and crew are going through a very emotional goodbye to shoot a scene that doesn’t feel like stringing weeping and hugging together for half an hour,” says Cividino. “It was partly in the edit that we were making the decisions about how much of that felt right.” 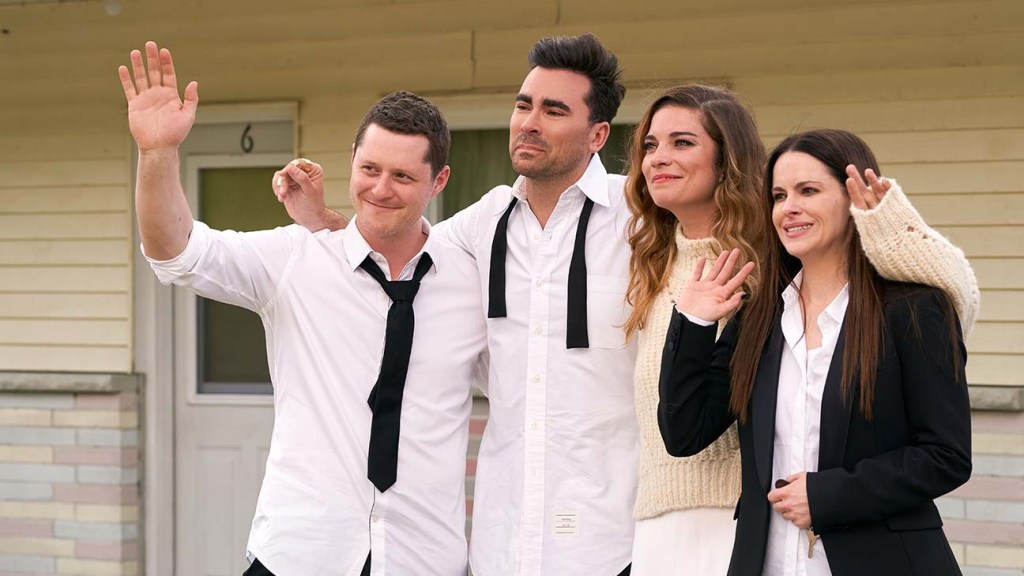 If balancing emotion and plot seemed tough for the wedding scene, it was a near impossible task in those closing moments where the Roses finally leave Schitt’s Creek. That carefully thought-out production schedule all but fell apart on their very last day of shooting. “We did a lot of takes and moved pretty slowly through the day because every time you ended the scene, that would be another goodbye,” says Cividino. “So we really eked out every minute of our final day together because we didn’t want it to end. We weren’t ready for that.”