The standard formula for movie-to-musical adaptations is to take what worked onscreen, add a few songs, set it in the present (e.g., updating Mean Girls to the Instagram age), then put it onstage. But in adapting Tootsie, the 1982 Sydney Pollack movie that opens as a Broadway musical at the Marquis Theatre on April 23, book writer Robert Horn and composer David Yazbek threw out the playbook.

“We knew we wanted to respect the DNA of the piece and make sure people that loved the movie would feel satisfied,” says director Scott Ellis. “But we had this mantra: Ten minutes into the show, we needed to make sure they forgot the movie and invested in our character and choices.”

“Let’s write the show we want to write and then see what we want to bring back in from the movie, not the other way around,” adds Horn, explaining the team’s approach to the material.

Similarities begin, and end, with the main character named in the opening number, “This Is the Tale of Michael Dorsey” — an unemployed actor with a career-stalling reputation for being difficult, who morphs into Dorothy Michaels to prove no acting challenge is beyond him. It’s the role that earned Dustin Hoffman an Oscar nomination and is generating early Tony Awards buzz for Santino Fontana.

Instead of auditioning for a soap opera, Dorothy circa 2019 lands the part of the Nurse in a stage-musical sequel to Romeo and Juliet called Juliet’s Curse, which becomes a show within a show — a favorite form of other movies that became stage musicals, notably The Producers. 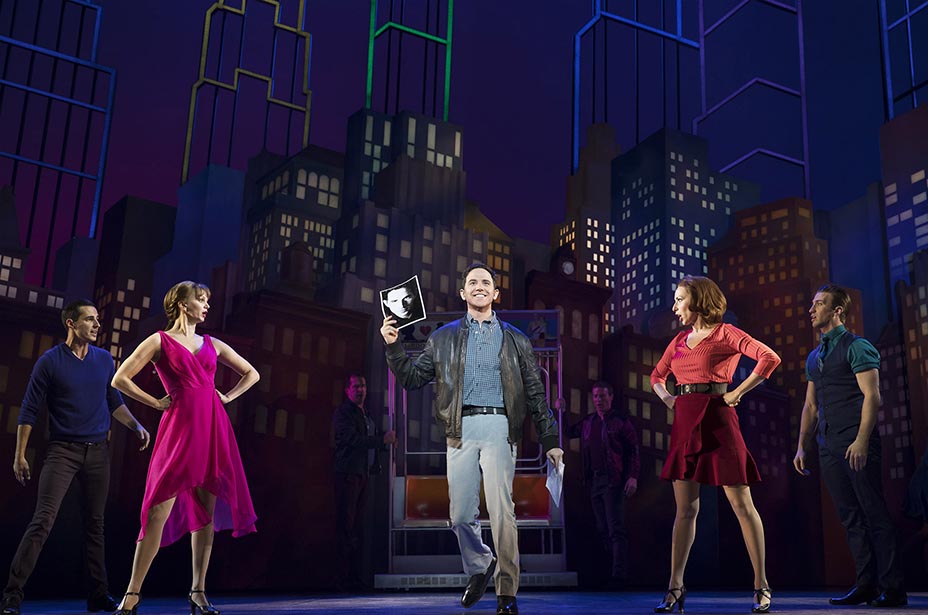 “As soon as we knew that it could live in the world of a Broadway musical, I started hearing everything singing,” said Yazbek, a 2018 Tony winner for The Band’s Visit, who turned down the project a few times because he didn’t think it would work onstage. “To me, there was room to make it something that I would love as opposed to just a movie that I liked.”

Another challenge: Putting on a story about a man pretending to be a woman to secure a job plays awkwardly in the wake of Time’s Up. In the 37 years since the film’s release, and the decade since producer Scott Sanders acquired the rights in 2009 from screenwriter Larry Gelbart (who died in 2010), the world has changed.

“It was great that it landed in this time,” says Ellis, “because it made us look at things that I’m not sure we would have 10 years ago.” Consulting with female producers, actresses, Yazbek’s wife (yoga instructor Elizabeth Doberneck), and Good and Mad author Rebecca Traister, the creators worked to resolve red flags. Another hurdle: A man singing as a woman could come across as a caricature. Ellis felt it was essential that Michael/Dorothy be believable.

“We have one moment,” says Ellis. “Dorothy walks onstage for an audition, and if the audience buys it, you’re OK. If they don’t, you’re not getting over that hill.”

Yazbek said he and Horn would obsess for hours over the character of Julie, Michael’s co-star and love interest, a role in the film that won Jessica Lange her first Oscar. She’s no longer a single mother with a drinking problem, as she was onscreen, and while the musical’s director tries to date her (as the soap opera director does in the film), Julie turns down his advances and holds her own.

“I wanted to write a woman that was empowered and confident,” Horn says. “It was important that Michael and Julie were mirrors of each other in some ways, that their connection was deeper than it was in the movie. It was about their mutual love for this art form. In the movie, Julie sort of makes a transition to find some empowerment through what Michael teaches her, and we want to do the opposite. We wanted Michael to be the one to learn from Julie.”

The character of Sandy (Teri Garr onscreen) also is no longer Michael’s girlfriend, but rather a codependent ex and a more active participant in the story. “As much as she whines and complains and is neurotic and all that, she’s actually the strongest character because she doesn’t give up,” says Horn. 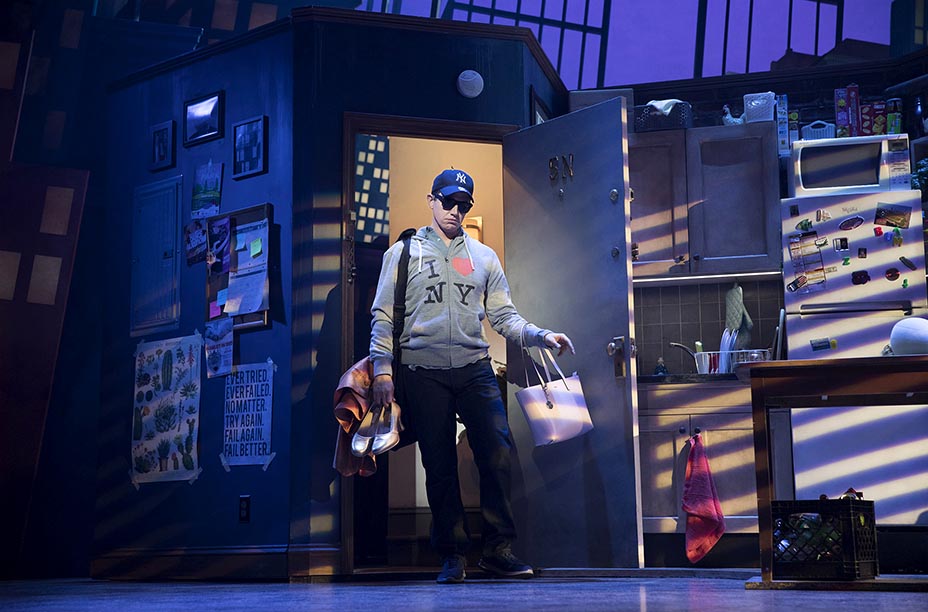 Another character who helps make the story resonate with contemporary audiences: Michael’s roommate Jeff. Instead of being merely a droll sideline commentator as he was in Bill Murray’s role in the film, he asks questions in the stage version that the audience is probably wondering, like: In a world where women are finally taking back their power, you’re going to take a job away from one?

There’s also a new character, Max Van Horn (a twist on lecherous John Van Horn in the movie), a hot-but-dumb reality TV star cast in the show within the show.

The stage allows for tricks that the screen doesn’t, but the opposite is also true. Montages become production numbers (instead of the film sequence of Dorothy on magazine covers, she sings a big Act 1 finale about all the shows she’ll star in) and close-ups become ballads. The dressers are getting a run for their money changing Fontana from Michael to Dorothy and back again countless times during the show — sometimes in less than 30 seconds.

This is Yazbek’s fifth time going from screen to stage, with The Full Monty, Dirty Rotten Scoundrels and Women on the Verge of a Nervous Breakdown to his credit, along with The Band’s Visit. He’s also just embarked on a sixth, with Disney Theatrical’s stage redo of The Princess Bride.

His secret? Don’t use the screenwriter on the stage version. “I can’t imagine that ever works,” he says, “because at some point, they start saying, ‘We have to keep this scene in.’ ‘Why?’ ‘Because it’s the best scene in the movie.’ ‘Yeah, but we’re not writing the movie.’ “