Continue to The Hollywood Reporter SKIP AD
You will be redirected back to your article in seconds
Skip to main content
July 12, 2017 5:30am

When Donald Trump lobs a Twitter attack (again) at the news outlet you work for, what’s the best way to respond? For those working in corporate communications for major news brands, the answer has become: push back — and keep it quick, punchy and fact-based.

“I think it’s incredibly important to do it in the moment,” explains Matt Dornic, a CNN spokesman. “I get frustrated if it takes more than 30 minutes.”

The challenge is one of resource management — if media companies spend all their time monitoring social media slights, they might not get much work done. “They’ve had to employ rapid response teams to hit back and, yes, put themselves in the story,” says one experienced media PR staffer. “Places like MSNBC have been very quick to get their ratings numbers out there, too.”

Behind the Scenes at 'Fox & Friends,' America's Most Influential Morning Show (Seriously)

Responding also can backfire — or escalate — quickly. “To engage is to play into the White House’s strategy of discrediting the media,” notes Matt Mittenthal, a former Hillary Clinton campaign spokesman who now works in communications for BuzzFeed. When Trump called the digital publication a “failing pile of garbage” at a press conference in early January, the company put the slogan on a T-shirt and donated the profits to the Committee to Protect Journalists.

On the other hand, Twitter is the president’s platform of choice, and his barbs travel at warp speed, often generating headlines within minutes. While media companies historically have chafed at making themselves the story, that reluctance may be antiquated in today’s new political/media reality.

CNN does not respond to ad-hominem attacks, but jumps in when the president has passed along a factual inaccuracy to his Twitter following of 33 million, the company says. The network has adopted the tagline “those are the facts” as sort of a branded response mechanism.

“We respond to correct the record,” says Dornic. “We supply facts to counter misinformation.” The New York Times, a frequent Trump target on Twitter, also doesn’t shy away from public retorts. “If a tweet involves the Times, we review on a case-by-case basis and decide if a response is warranted,” says spokeswoman Danielle Rhoades Ha. A spokeswoman for The Washington Post, another popular target, declined to participate in this story.

On the morning of June 29, the president attacked Morning Joe co-host Mika Brzezinski in extremely personal language, writing that she “was bleeding badly from a face-lift” when he saw her a few months ago. In response, Mark Kornblau, who runs communications for NBCUniversal News Group, wrote on Twitter: “Never imagined a day when I would think to myself, ‘It is beneath my dignity to respond to the president of the United States.'” MSNBC would go on to release a similarly worded statement to reporters.

In addition to setting the record straight, Twitter retorts can also serve as something of a brand-building exercise. There exists on Twitter a large mass of people who dislike the president and his administration, and might be drawn to a media company that talks back to him.

The president and some of his allies have, in recent months, accused the media industry of acting like the opposition party. One veteran of cable news and digital media PR sees some merit to that comparison — and some parallels to the way Fox News’ fast-moving, aggressive public relations department has historically operated. “They probably are just responding and correcting the record, but I think what everyone learned from Fox News is that you need to push against something,” says this individual. “So, now, they can push against the president.” 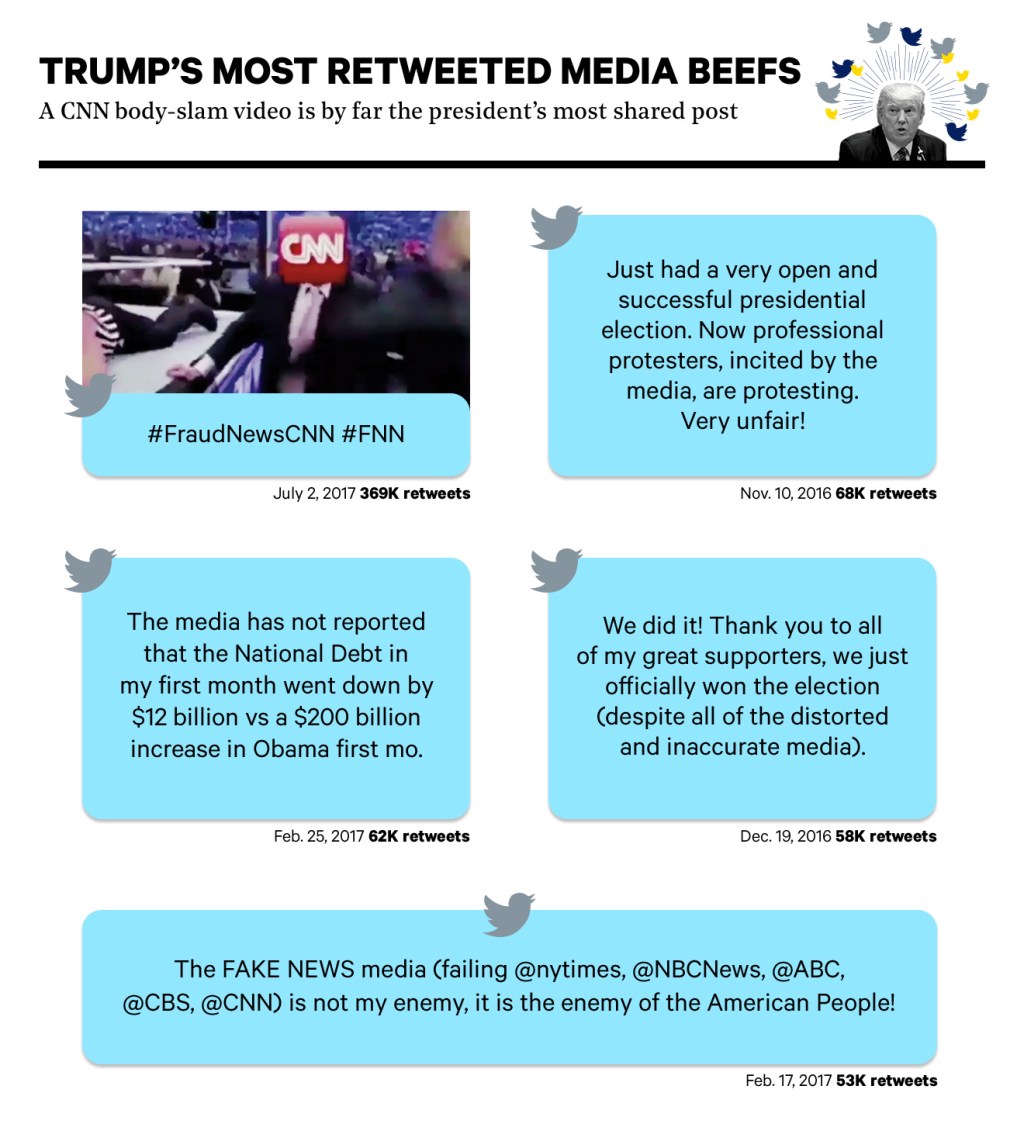