If the history of film has taught us anything, it’s that a woman will stop at nothing to get what she wants.

The figure of the lone striver worming her way into power has been the basis of popular fiction since Vanity Fair author William Makepeace Thackeray devised Becky Sharp to make an example of ambitious, manipulative women. You see this vixen throughout popular cinema: Anne Baxter in All About Eve, Glenn Close in Fatal Attraction, Emma Stone in The Favourite, Jennifer Jason Leigh in Single White Female, Patty Duke in Valley of the Dolls, Demi Moore in Disclosure, Rebecca De Mornay in The Hand That Rocks the Cradle. What’s the intended lesson here? Perhaps that there’s nothing as dangerous as an unchaperoned female.

But I can think of something even more formidable: seething sisterhood.

Audiences are so habituated to story structures pitting woman against woman that it comes as a pleasant shock to see so many 2019 films exalt the importance of female solidarity. Sitting down to watch movies like Hustlers, Midsommar, Booksmart, Bombshell and Portrait of a Lady on Fire, I braced myself for venomous competition. I expected best friends to stab each other in the heart and bitter enemies to poison one another with false smiles. But the icy betrayals never came. Each story ends in a way that’s as tearfully uplifting as Greta Gerwig’s Little Women, the softest blanket of them all.

Women are frequently indicted for cattiness as a way to deflect critiques of macho violence. For years, feminists have pushed back on this label, not to deny the existence of emotional bullying between women, but to remind us that this is a product of patriarchal infrastructures that force women to compete for the favor of men. (And the status, validation or financial security men have traditionally offered.) In other words, the game is rigged.

Lorene Scafaria understood this full well when writing Hustlers, which begins with a hungry ingenue (Constance Wu) coveting the profitable charisma of an industry veteran (Jennifer Lopez). Based on the paradigms of other stripper films like Showgirls, you expect them to shred each other apart. But they soon become closer than sisters, Lopez’s Ramona enveloping Wu’s Destiny into her world much like she cocoons her in her gigantic fox fur coat upon their introduction. Their mutual trust and admiration fuel their scheme to extort Wall Street dudes in order to keep themselves afloat during the Great Recession.

This duty to nurture becomes the greatest twist in Ari Aster’s superlative daylight horror Midsommar. Throughout the film, we’re led to believe that Christian (Jack Reynor) is slowly being seduced by a creepy Swedish cult teen who wants to steal the handsome grad student from girlfriend Dani (Florence Pugh), who’s mourning a major loss. In the climax, as Christian and Maja (Isabelle Grill) ritualistically writhe in the least erotic sex scene of 2019, we realize the girl only wants Christian’s sperm to help repopulate their remote clan. Dani, drenched in flowers from her May Queen victory, walks in on them and crumbles, devastated. Soon the Harga women surround her and empathetically mirror her cries — the only people in the entire film to comfort her. Is it any wonder she chooses to stay with them at the end? 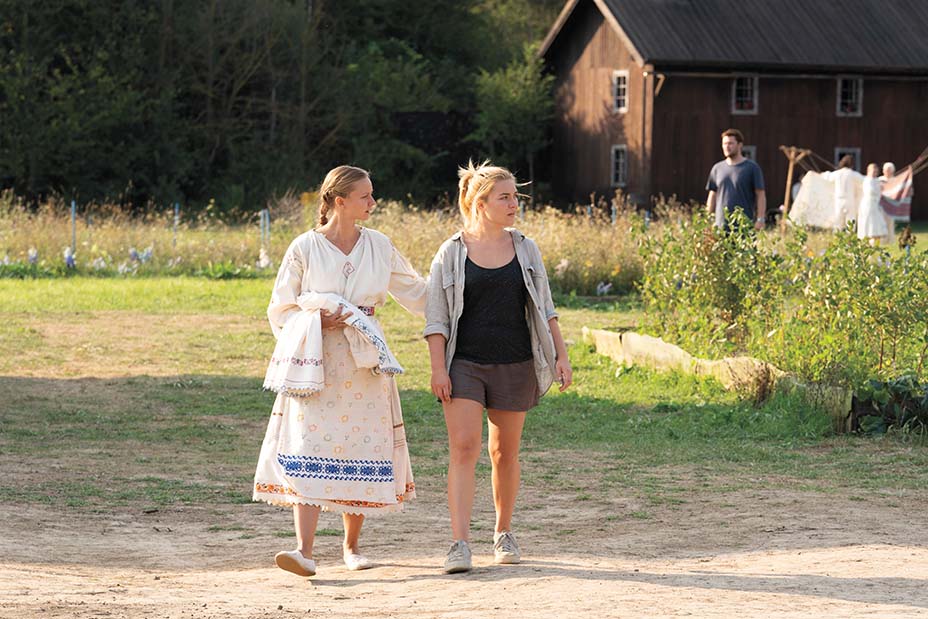 In 2019, there were no two archetypes that surprised me more than teen girls and Fox News anchorwomen. Watching Olivia Wilde’s outrageous coming-of-age comedy Booksmart, you presume the typical rich/mean/promiscuous girls are going to make life hell for co-dependent overachievers played by Beanie Feldstein and Kaitlyn Dever. Instead, it turns out these judgmental nerds have been making life hell for the rest of their classmates throughout high school, and they end up emotionally connecting with each of their female foes on the eve of graduation. Similarly, in Lionsgate’s Bombshell, we learn that Fox News chairman Roger Ailes (John Lithgow) has used sexual harassment to systematically divide and conquer the spitfire anchorwomen who lead his network. He realizes too late that his machinations have compelled their collective ire against him. 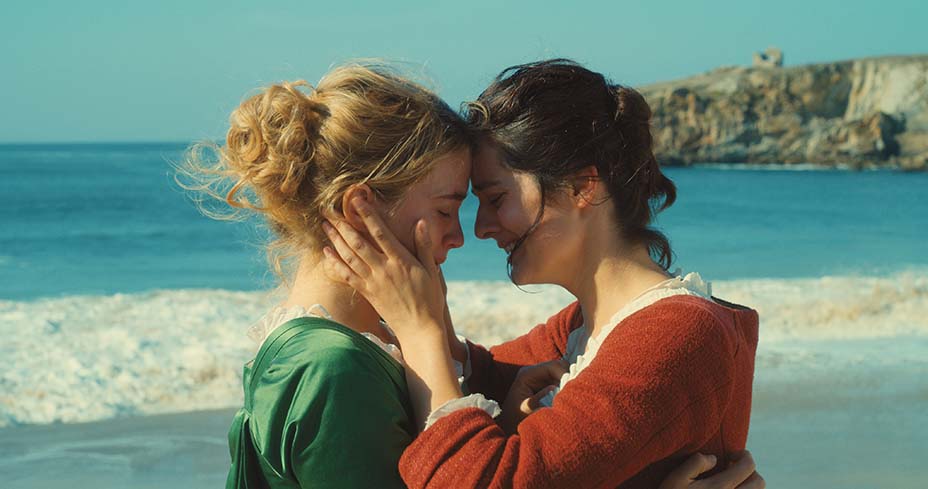 Finally, period pieces Portrait of a Lady on Fire and Little Women both examine how female artists flourish in societies that force them to sacrifice their talent for marriage. In Portrait, painter Marianne (Noémie Merlant) and noblewoman Héloïse (Adèle Haenel) fall in love, but the audience remains tense, imagining what would happen if their servant discovers their affair. Against expectations, however, we’re treated to soothing scenes of their domestic intimacy, as the women work to help Sophie (Luàna Bajrami) induce a miscarriage for an unwanted pregnancy.

It makes you wonder what might have happened if Eve had a best girlfriend in the Garden of Eden.

From 'Fleabag' to 'Dickinson': The Rise of the Anti-Heroine