The day before her 40th birthday, Lorene Scafaria received an unwelcome surprise — a call saying that the movie she had been working on for more than two years was being dropped by its studio, Annapurna Pictures. “It was an immediate existential crisis,” says Scafaria. Like Jay Roach’s Fox News movie that would later land at Bron Studios, Scafaria’s Hustlers was a casualty of Annapurna’s attempt to clear its slate to appease lenders after a string of box office failures. The project was quietly dropped in spring 2018.

Scafaria — who got her start penning the 2008 indie comedy Nick and Norah’s Infinite Playlist and has been working steadily as a writer and director ever since — was brought in as the project’s screenwriter in summer 2016, a time when Hollywood’s obsession with gender-bending was reaching a fever pitch.

“I was sent so many female-empowerment stories over that year in which people thought suddenly it was a genre,” she remembers. “A lot of them felt really manufactured. Either the characters didn’t have to be women at all — they just changed the names — or they were doing an all-female whatever or a remake.”

Hustlers, which will premiere at the Toronto Film Festival on Sept. 7 before a theatrical release Sept. 13, was different.

Based on a New York magazine article by Jessica Pressler, the story revolves around a group of strippers in recession-era New York City who drugged and then robbed their Wall Street clientele. “After I read the article, I knew I wanted to direct it,” says Scafaria, who spent months talking to strippers in Los Angeles and New York for her script.

But because Hustlers is a New York-based story of money, crime and greed, the film’s producers, who include Adam McKay and Will Ferrell, first wanted to try for Martin Scorsese. “Everyone talked about it and said, ‘Let’s go to Scorsese first.’ And I thought, well, that’s fair. McKay said, ‘I hope Scorsese passes,’ which was a beautiful thing to say.” She adds with a laugh, “And of course Scorsese passed.” 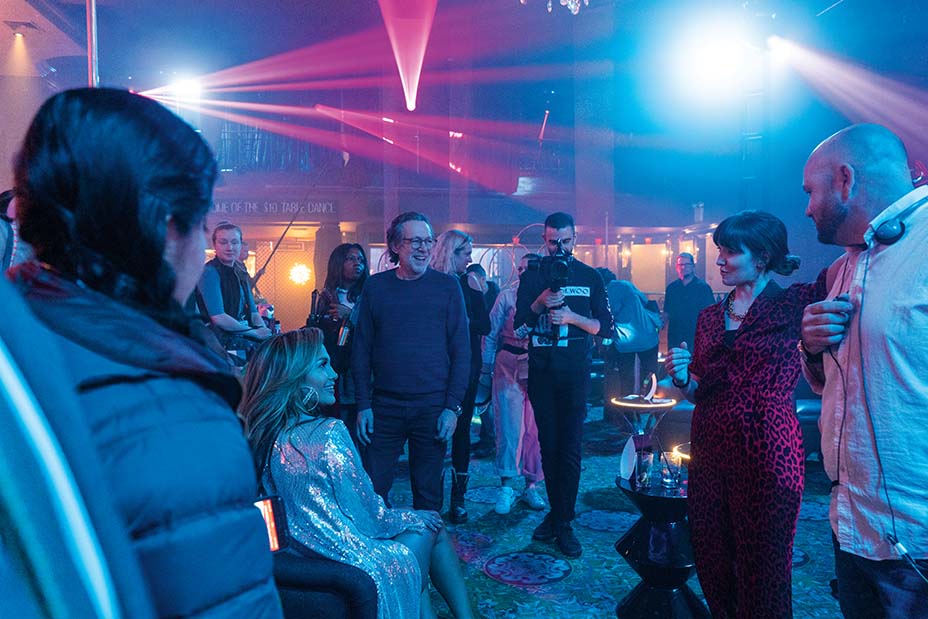 When pitching her vision for the film, Scafaria edited together clips from A League of Their Own, Thelma & Louise and Mean Girls with music videos from the early 2000s, then added classical music to articulate the highbrow female empowerment tale meets pulpy period piece she was hoping to achieve. “I was editing footage of strippers to Chopin,” she recalls of her proofs-of-concept. “You can watch a pole routine and feel this, like, real ballet that’s happening.”

By spring 2018, Scafaria, who dates Eighth Grade filmmaker Bo Burnham, had finally secured the directing gig, with Jennifer Lopez attached to co-star, and was actively casting the rest of her all-female ensemble when the project fell apart. After investing so much time and effort in it, the chance of losing it all stung: “I felt like I was taking it personally.”

In the search for a new studio, Scafaria was worried about the possibility of story changes from new backers. “I didn’t want to take certain notes that would have made it easy to understand the revenge nature of the story,” she says. Because the film is largely about class, sex and power, the filmmaker was concerned that she would be asked to simplify some of the gendered issues she was attempting to explore.

Apart from Magic Mike and the so-bad-it’s-now-a-cult-film Showgirls, stripping doesn’t have a storied cinematic history. There was a risk that the movie easily could fall prey to parody or, worse, vilification. “I felt very protective of [strippers] and the judgment and stigma that surround their jobs,” she says. “I was worried about turning it into a black-and-white story.”

In early 2019, Scafaria got another call — STXfilms had greenlit Hustlers, which moved forward with a budget of roughly $20 million. Three months later, the director found herself in a strip club in Long Island City on the final day of the brief 29-day shoot with 300 extras, pole-dance choreographers, a “comfort consultant” and her cast, led by Constance Wu. (Dakota Johnson initially had been considered for the role, but the producers decided to stay true to the original story, in which the woman the character is based on is Asian.)

Working with cinematographer Todd Banhazl, Scafaria shot-listed all of the pole sequences months ahead of time, wanting to highlight the athleticism of the dancers. To better understand the physicality she was hoping to capture onscreen, the director tried “liquid motion” classes with Wu.

“It’s really, really physical work. I don’t think people think of women as blue-collar laborers,” explains the director. “It’s muscles you generally didn’t know you had; it’s bruises in places you didn’t think you could get.”

Among those present on the final day of filming were Cardi B, who worked as a dancer before breaking big in the music industry, and fellow chart-topper Lizzo, both of whom Scafaria had contacted on Instagram to play dancers. Also in attendance was Usher, who agreed to play himself, circa 2007.

“I had to convince Usher that he would look like himself in 2007,” recalls the director of working with the singer to re-create his earlier look. “Obviously, his face hasn’t changed at all, but his hair is different. And he didn’t want to cut his hair. So there was a day where I was sending Usher pictures of himself in hats.”

A-list cast and the period flare aside, Hustlers is a high-stakes story about the realities of women trying to succeed in their chosen profession, filled with constant uphill battles to which Scafaria could relate. “Everybody has a certain amount of hurdles before the starting line,” says the filmmaker. “Some have fewer than others and some have more than others. It’s sort of a wonder that anyone can even finish the race.” 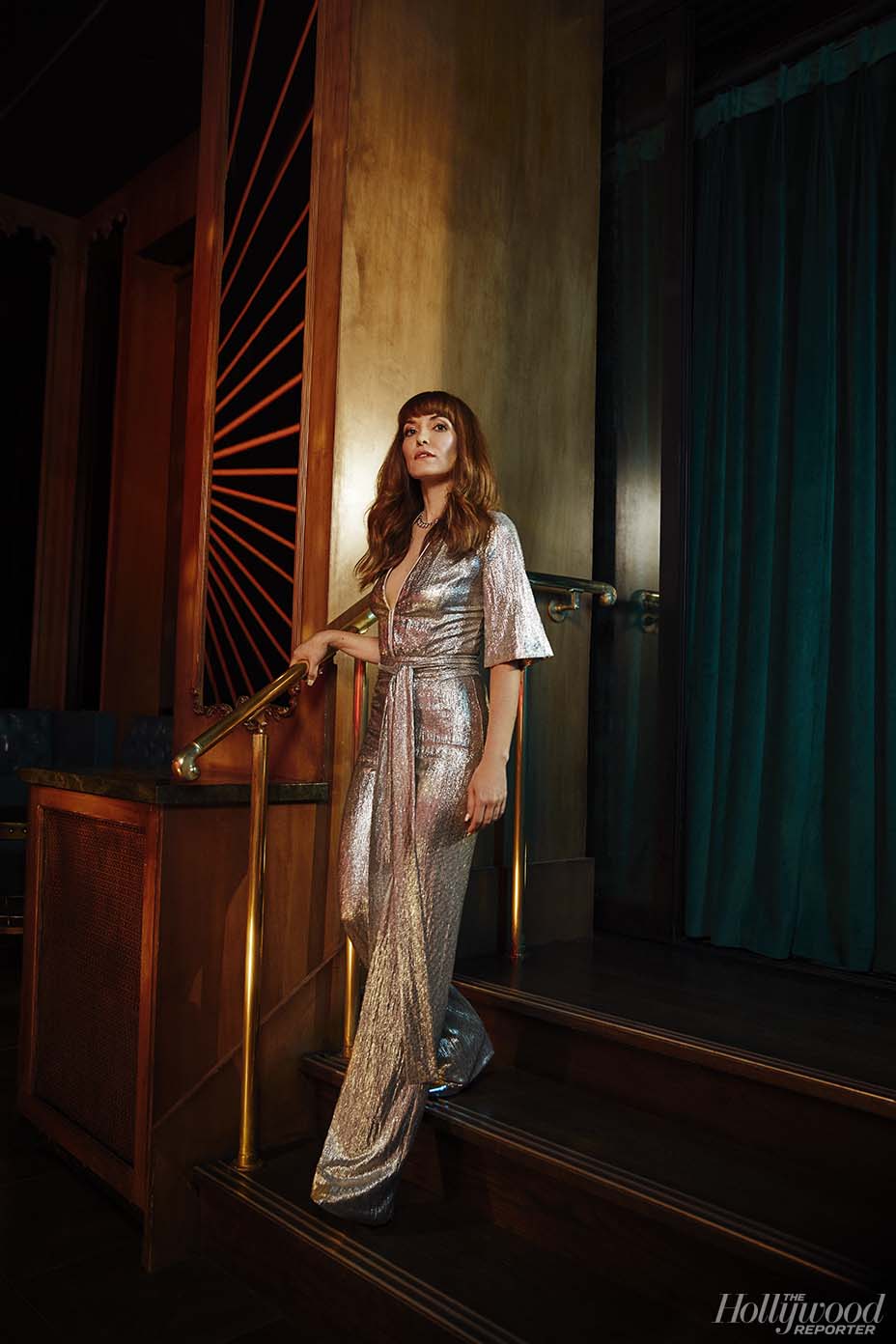 WOMEN’S STORIES IN THE FESTIVAL SPOTLIGHT
From a ’70s political thriller to the first-ever biopic about an iconic abolitionist, films from female helmers are making their mark in Toronto.

Kasi Lemmons
Harriet
The director of Eve’s Bayou goes epic with this tale of abolitionist Harriet Tubman (Cynthia Erivo), who risked her life to become a leader of the Underground Railroad. Shockingly, this is the first time Tubman’s story has been told on the big screen.

Coky Giedroyc
How to Build a Girl
Lady Bird‘s Beanie Feldstein stars as a sweet and geeky teenage girl who reinvents herself as a mean, sarcastic and sexually voracious rock journalist in this adaptation of the semi-autobiographical novel from feminist journalist Caitlin Moran.

Malgorzata Szumowska
The Other Lamb
Szumowska’s English-language debut is a dagger into the heart of the patriarchy: a story of a young girl (Raffey Cassidy) born into a repressive cult who challenges its all-powerful male Shepherd (Michiel Huisman).

Céline Sciamma
Portrait of a Lady on Fire
This 18th century period drama follows a female painter charged with tricking a noblewoman into having her portrait done in order to solicit wedding proposals and who instead ends up falling in love with her subject.

Unjoo Moon
I Am Woman
Moon tells the story of ’70s feminist icon Helen Reddy, a single mother who traveled from her native Melbourne to New York City and overcame male music industry gatekeepers to record “I Am Woman,” an anthem for the women’s movement. — Scott Roxborough

A version of this story appears in the Sept. 4 issue of The Hollywood Reporter magazine. To receive the magazine, click here to subscribe.