The funny thing about falling down the stairs at the Oscars is that there’s no time to wonder just how injured you might be, not when you’re asking yourself more pressing questions like, “Oh my God, did Justin Timberlake and Jessica Biel just walk by and see me on all fours?”

I began the 2017 Oscars as I had many times before: with labored primping in my tiny bathroom, sharing an Uber to the Dolby Theatre with my pal, THR staffer Chris Gardner, frantic capturing of “Look Ma, I’m at the Oscars!” photos from the red carpet, and settling into my seat alongside random international journalists in the top-floor mezzanine, where on this night, first-time host Jimmy Kimmel stood the length of my thumbnail. At 6:30 p.m., after clocking about an hour in my seat, it was time to head to the heart of the action: the first-floor lobby, where one could witness such star-studded events as John Legend darting to the men’s room and Scarlett Johansson sipping ice water near the bar.

Being a working journalist, I had to show my credential before descending the dramatic staircase. Like you, I generally walk down staircases the way I drive: on the right side. But that lane was packed with a throng of men in tuxedos, so I stepped gingerly to the left and grabbed the handrail for support. After all, I was wearing a floor-length, Barney-purple gown and 6-inch heels. Suddenly, a headsetted staffer was heading straight toward me in an odd game of chicken: Which of us would move first? Clearly, she who wears tennis shoes and jeans would move over to accommodate the lady in stilts, right? She wasn’t budging, so I was forced to side-step again — this time to the right — during which the toe of my right shoe caught the hem of my gown. And down, down, down I went.

Apple Boxes, Wigs and a Handful of Shoes: What It's Like Being a Stand-In for Hollywood's Biggest Stars

The next thing I recall is Very Guilty-Looking Headset Woman asking, “Are you hurt? Did you hit your head?” To be honest, I didn’t know. I was so mortified to be in cat-cow position on the lobby floor of the Dolby Theatre that a concussion seemed less painful.

After it was determined that I hadn’t in fact hit my head, I was escorted to a rather adorable First Aid room to the left of the staircase. Paramedics further assessed my vitals (I was still alive, whew), put some bottled water in my shaking right hand and iced and elevated my left knee, which was on its way to growing an impressive raspberry. I didn’t need an ambulance, but they advised me to stay put until I could easily maneuver my way out of the theater.

So it was there where I spent the next three hours enjoying the 89th Academy Awards on an Apple-Macintosh-size TV monitor while diamond-studded guests popped in and out for various emergencies (too much champagne) and medical needs (a private space to do IVF hormone injections).

By the final commercial break, just before best picture, I felt strong enough to venture into the lobby. All signs had pointed to a La La Land win, so when I heard Warren Beatty and Faye Dunaway make their now-infamous announcement, I was already limping out the door to the Governors Ball. (Hey, I needed a snack before calling my Uber!)

I was among the first to arrive and settled into a shiny, white banquette. I ran into my friend Gabrielle Carteris, president of SAG-AFTRA, who nurturingly fetched me some cheese, shrimp cocktail and sparkling water, all the while oozing sympathy over my Oscars 2017 sob story. Within 10 minutes, the ball was a mob scene. “Can you believe it?” “That was so crazy!” Turns out that Moonlight had actually won. And the rest of America knew before I did.

I found this so hilarious that I was laughing out loud to myself as I limped toward the escalator, where I ran into director Ava DuVernay. I told her I was sorry she hadn’t won best documentary for 13th. She said, “It feels like a victory just to have been here at all.” I found myself feeling the same way. 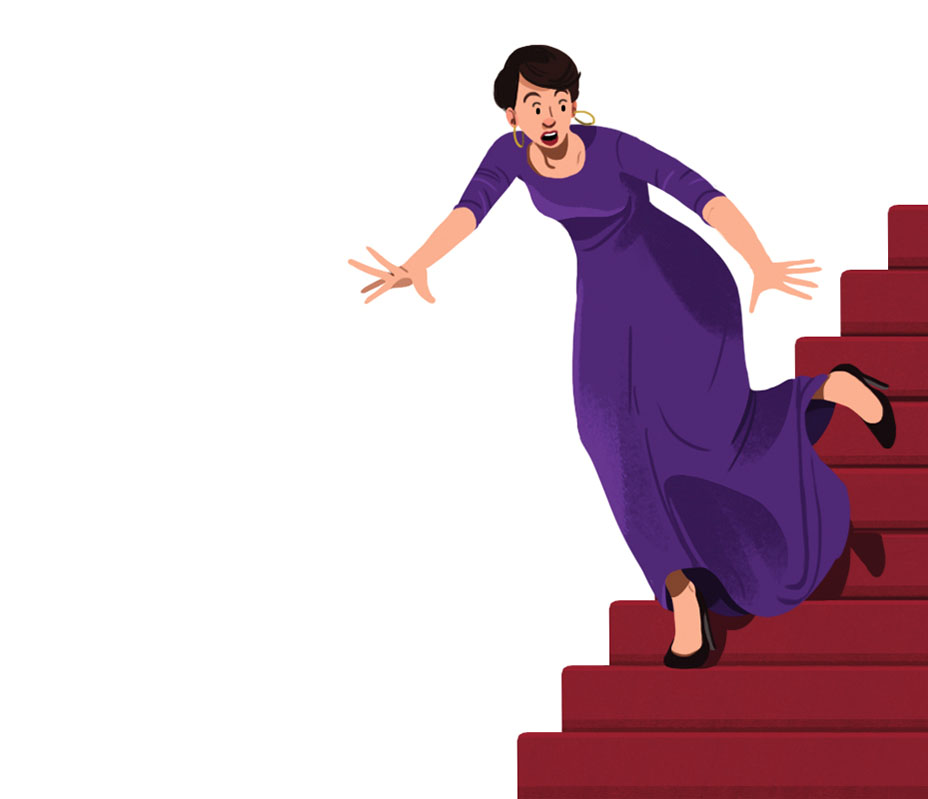