There are many reasons these days to want to get away from it all: being cooped up too long with a bad case of Zoom fatigue; the family’s constant chattering finally getting on that last good nerve; needing a break from endless doom scrolling. For some people in Hollywood, cars during stay-at-home orders in California represent, more than they ever have, a way to escape.

That break often can take the form of long drives. Actor and director Daniel Wu (Into the Badlands, 2021’s Reminiscence), who lives in San Francisco, was in the middle of budget negotiations to direct a film in China when COVID-19 hit. “This is the most I’ve ever been unemployed my entire adult life,” says Wu. “It feels weird, but at the same time, I have a 7-year-old, so it creates a nice stable family dynamic.”

Even so, he sometimes likes to get away, either in his Porsche 911 GT3 Touring (which he also races), a 1972 Datsun 510 or his Ford Focus RS. “I’ve been doing morning drives. So [I’ll] drive out and hit Highway One and go up the coast,” he says. 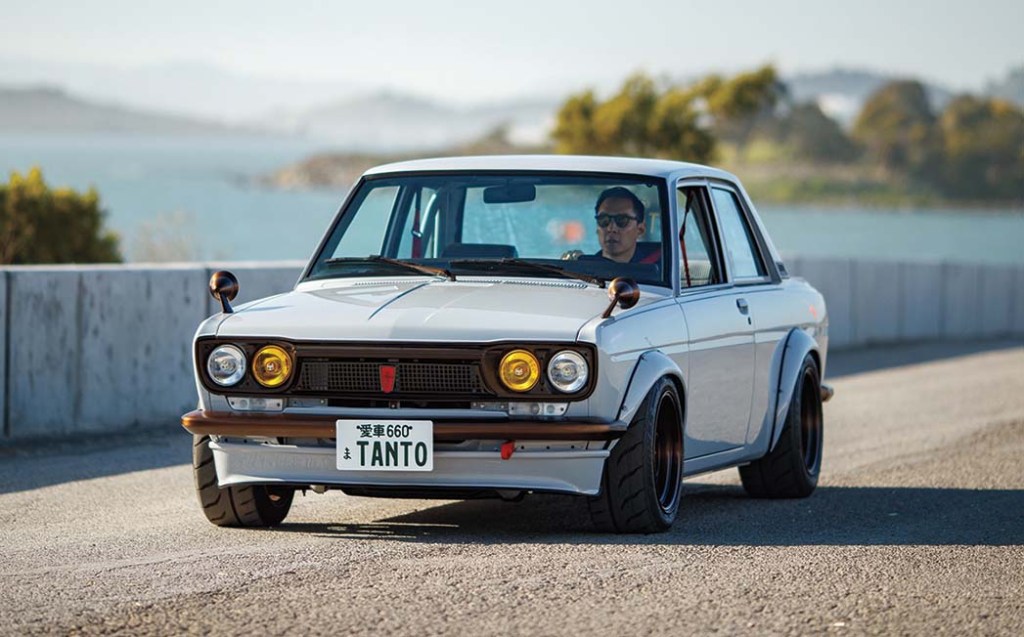 For months, auto racing analyst Rutledge Wood, host of Netflix’s breakout series Floor Is Lava and former co-host of History’s Top Gear USA, has been holed up in his Georgia house in the planned community of Peachtree City, near Atlanta. For a break, the car lover — “I’ve probably owned more than 150 cars since I was 16 years old,” he says — likes to get behind the wheel of his “funny little” Toyota 86. “It’s a two-seater car — it has a back seat, but it’s not really a back seat — and there’s no radio. It’s basically like my little race car. I’ll get in it and will just drive and drive, and it’s the most fun thing to me, because it just totally clears the head. Driving for an hour or two hours is just so peaceful.”

Jane Lynch, whose reboot of Weakest Link recently debuted on NBC, has been taking to the road quite a bit in her blue Mercedes-Benz GLC 300, which she’s nicknamed Luna. “We’ve been to Santa Barbara at least 25 times since the pandemic hit in March. I’m here right now; we always stay at the Montecito Inn, Charlie Chaplin’s hotel. It’s such a nice drive to get here,” says Lynch, whose comments are interrupted by a fan who wants to take a selfie with the actress. (“She said she loves me, then asked me who I was. Ah, fame,” quips Lynch.) She says she and her partner, Jennifer Cheyne, are both car lovers: “We like to bond with them, and they’re like our children.”

For those who collect vintage cars, the shutdown has allowed for more time with their treasures. Gabriel “Fluffy” Iglesias, whose Mr. Iglesias just launched part two on Netflix, usually spends at least 46 weeks a year on the road, most recently for his comedy world tour. So his massive car collection, which includes more than 25 vintage Volkswagen buses, all stored at his museum-like compound in Long Beach, normally sits lonely.

“The fact that I’m not on tour and have time to enjoy them has been huge,” says Iglesias. “When I started collecting cars, I was thinking, ‘I’ll use them one day when I have the free time and I’m not so busy,’ but I had no idea it was going to be this much sooner rather than that much later.” 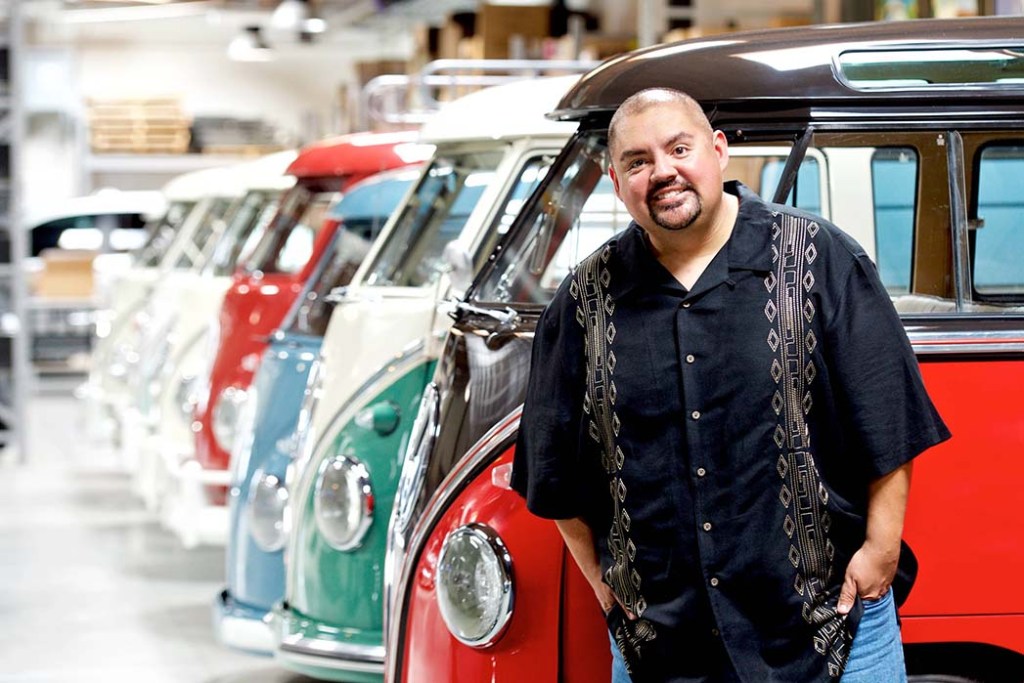 When asked which of his 40-plus cars he’s been driving the most, Iglesias replies: “Those VWs are great, but they don’t have any air conditioning, and if you drive one around when it’s hot out for more than 15 minutes, you’re asking for problems. In that case, I’ll drive one of my muscle cars, like my Jeep Trailhawk.” (As for his dream car? Iglesias — known for his phrase, “I’m not fat. I’m fluffy” — pauses and replies, “A DeLorean, but they aren’t Fluffy-size.”)

Other aficionados are taking whatever extra time that they have to get out in the garage and work on their cars. Wu has been outfitting what he calls “the perfect apocalypse car,” a Chevrolet Colorado ZR2 Bison, which he’s been upfitting just in case he needs to bug out of town. “I put a snorkel on it for better airflow [to pull in air from above the hood], I put different bumpers on it, added a winch and a light bar and a rooftop tent,” he says, “so the family could go camping with it. I love it.” 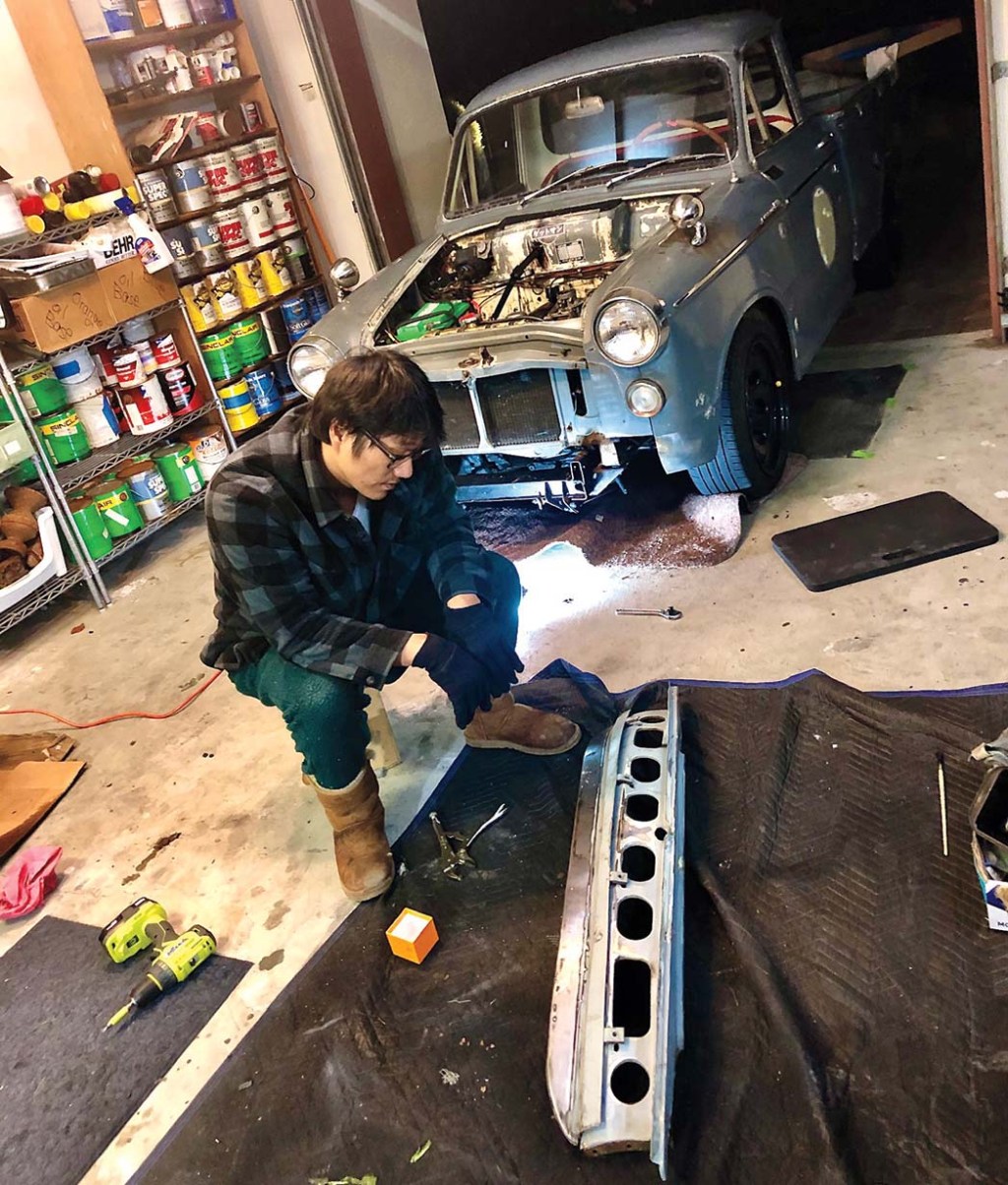 When the shutdown started, actor Sung Kang, who can be seen in Starz’s new Power Book II: Ghost and as Han Lue in the Fast & Furious franchise, was in preproduction on a film he was set to direct, a horror comedy that he describes as “like a tip of the hat to Bill & Ted’s but with two women, and an homage to the ’80s.” The actor — who has a garage space in the San Gabriel Valley and who uses his social media to promote underdog automotive tuners and customizers — even went so far as to source a hero car for one of the characters in the film, a 1963 Datsun 320 pickup truck. With the movie on hold for now, he’s spent most of the shutdown restoring the vehicle. Says Kang, “What’s cool is that the car saved my whole COVID experience. Without that car, I’d literally have no projects to work on.”