Continue to The Hollywood Reporter SKIP AD
You will be redirected back to your article in seconds
Skip to main content
October 14, 2016 5:53pm
Logo text

Standing atop a stage nestled in front of a sparkling staircase lit up by a curtain of twinkle lights in the 34th floor lobby, ICM Partners’ Chris Silbermann kicked off a brief speech on Thursday night with a joke: “I know you’re all here to see me and Ted rap.”

That Ted is, of course, Silbermann’s fellow founding partner Ted Chervin, and the two actually could’ve spit some rhymes because they happened to be flanked, at that very moment, by musicians from client Kamasi Washington’s band for the night. But rapping isn’t why Silbermann and Chervin took the stage, so they left the entertaining to those artists and instead focused on the task at hand: Toasting ICM Partners’ brand new office space atop a Century City skyscraper on Constellation Boulevard.

That is why the several hundred guests (including Fox’s Peter Rice, Dana Walden and Gary Newman, and FX’s Nicole Clemens) gathered in front of them in the newly designed lobby and on the balcony above looking down from the 35th floor. In total, the celebrations covered the entire office blueprint — five floors covering close to 120,000 square feet now home to more than 200 agents and executives, all of whom are now surrounded by 400 pieces of contemporary art from 80 artists and 60 countries.

He didn’t rap this next part, but Silbermann did say (in a normal speaking voice) that the move and subsequent unveiling marks a rebirth of sorts for the agency. “We really look at this office here as a great symbol of renewal and evolution for ICM Partners,” he explained. “We are so enthusiastic of the bright future that we share together. Thank you for your support. … You enable us to be the best agency and best agents that we can be for our fantastic and exceptional clients.”

Silbermann then prepared to hand the microphone to his partner of 25 years, Chervin. He sort of corrected himself, though, calling the agent his partner “for forever.” As trays of food and wine weaved their way through the party (courtesy of a menu created by business partners and notable industry names Suzanne Goin and Caroline Styne), Silbermann praised Chervin as an indefatigable leader. 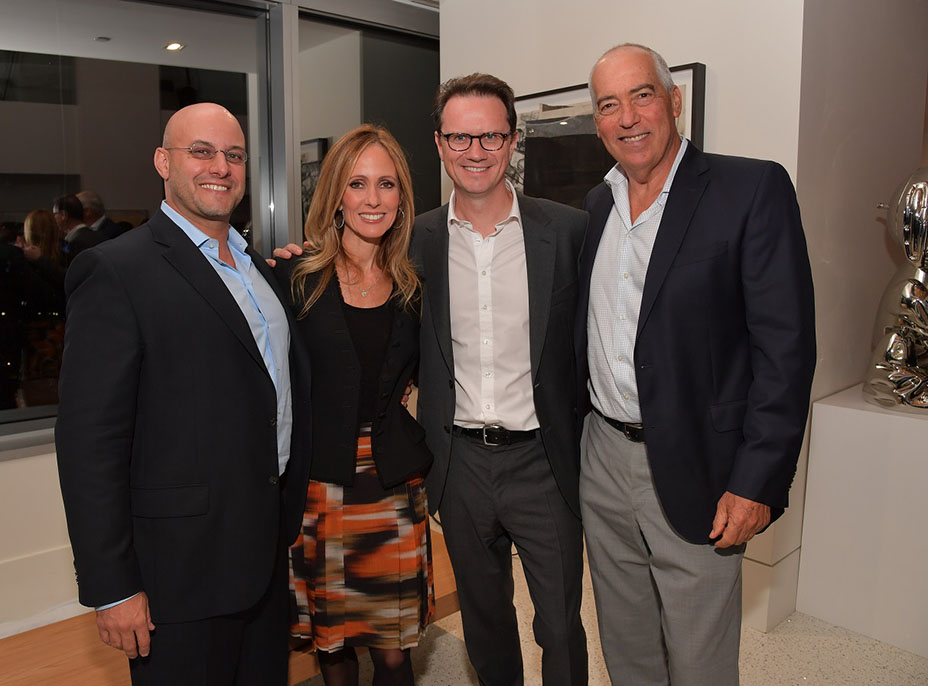 “It literally took an army of people working countless hours to power through everything. Every army needs a general and that general is Ted,” Silbermann gushed. “I want to thank you for jumping in with both hands and both feet and making this happen.”

What he made happen was a mammoth task: Moving the entire office from the base of the Century City headquarters to those top five floors in a matter of eight months. Yes, it’s required a ton of work and logistical coordination, but Chervin called it “a labor of love.”

Home improvements aside, the move is more of an alignment to the agency’s mission of supporting art in its many forms, Chervin said. The stamp on that effort is the infusion of the diverse art collection amassed in collaboration with L.A. dealer Stefan Simchowitz, a longtime friend of Chervin’s.

“Ourselves, as agents we champion artists and we represent so many different kinds of artists — actors, writers, directors, cinematographers, authors — and one of the key elements of our new space, as you can tell, is our art collection,” Chervin said. “The collection of art that we’re displaying … is really an extension of our love of artists and our desire to be for artists and with artists to support artists.” 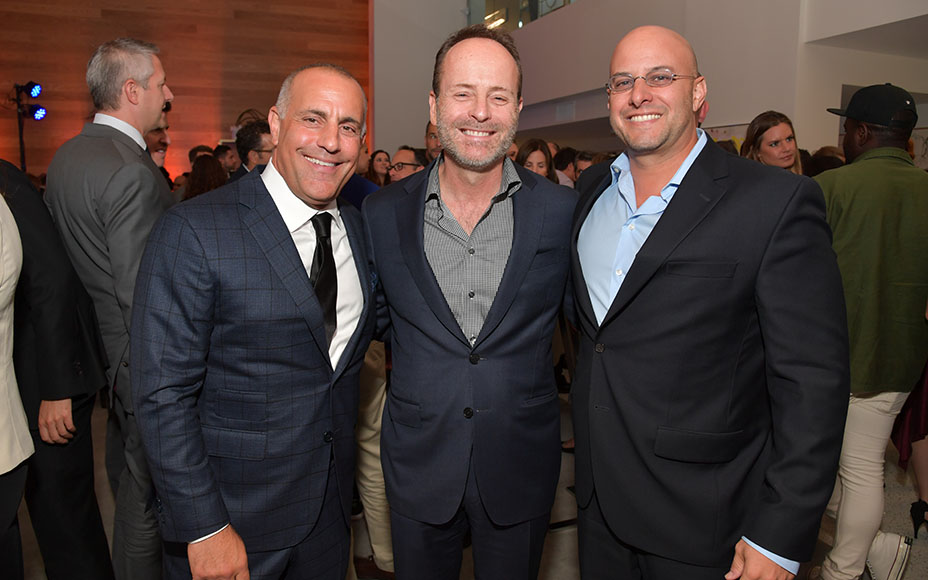 Simchowitz may be known as a polarizing figure in the art world, and Chervin even made mention of the dealer’s reputation during his remarks. “He’s been called a lot of things,” Chervin noted, adding that he is primarily known as a “disruptor.” “He had a vision of what might be possible for us as an agency … by creating a rotating collection that would be community-oriented. [It is] a great collection that we could connect to our foundation because charity is a big part of what we are doing at ICM Partners, and we believe in supporting children and we believe in supporting education. There are ways to make this collection an extension of that effort.”

Chervin then said that Simchowitz has a name for what they’ve created: “Museum 2.0.”

“We are really looking forward to the next chapter at ICM Partners and we think this space is a big part of that chapter for us,” Chervin said. “This is how we see ourselves and this is how we want you to see us.”

The sentiments were strong enough on their own that no rapping was even required, as it turned out. The party, produced by well-known events guru Gina Wade Creative, was then handed over to saxophonist Washington and his cadre of musicians.

Washington played a set of original tunes while some guests wandered the halls to check out the art on the walls. Other suit-clad agents stood stoically and took in the sounds of the casually dressed band, displaying a literal representation of the convergence of business and art.

Ironically that picture, in itself, could inspire the lyrics to a pretty great rap song.