Singer and actress Idina Menzel offered a preview of the highly anticipated sequel to Frozen when she spoke to The Hollywood Reporter at an event honoring Wicked composer Stephen Schwartz on Thursday night in L.A.

“It’s a real girl power, badass kind of superhero type of movie. They’re really strong, the two sisters, and it’s exciting. The music is beautiful,” Menzel told THR of the script for Frozen 2, which is set to hit theaters Nov. 22, with another story of regal sisters Anna (voiced by Kristen Bell) and Elsa (voiced by Menzel) in the Norwegian world of Arendelle.

Likewise, Menzel thinks the Broadway smash musical Wicked, in which she originated the role of Elphaba in 2003, is more relevant now than ever, because of the focus on women realizing their potential.

“It resonates even more today considering that it’s a story that is about women finding what makes them extremely powerful and beautiful in their life. It’s about not compromising who you are. It’s about taking that thing that makes you so powerful and harnessing it and using it to change the world for the better,” she told THR at “An Evening of Wicked Fun Honoring Stephen Schwartz” at the Wallis Annenberg Center for the Performing Arts in Beverly Hills.

“Elsa, Elphaba, they’re young women that are afraid of their incredible power and then learn a way to harness that,” Menzel added. She later thanked Schwartz on stage for embracing “the power and beauty of fierce, incredible women…not apologizing for who you are, especially in this time we’re in.”

Schwartz told THR that “because unfortunately bad things are happening in our country,” the Wizard of Oz-inspired world of Wicked has tied into contemporary politics and the contemporary “social situation.”

“Unfortunately the world is closer to the world of Wicked. The sort of spin and fake news and manipulation of the media, that are part of what the wizard and his henchpeople do in Wicked, has become more and more aggravated in our current world. I wish it were less relevant, not more,” Schawartz told THR. “The point of recognizing what’s wrong and maybe where we’ve taken a wrong turn is that you can fix it. So I hope we will.” 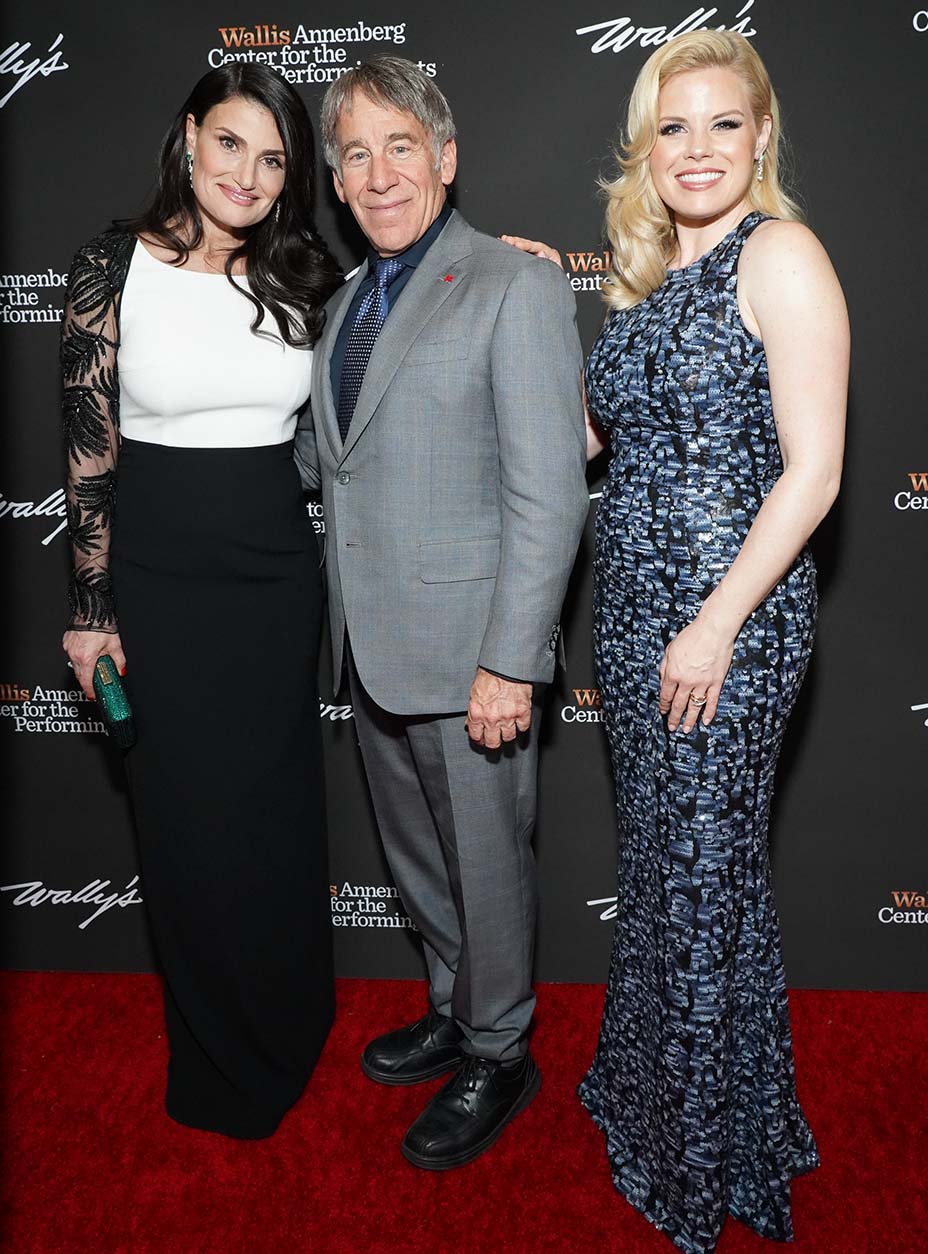 The composer of Pippin, Godspell and Wicked is in the midst of working on the film adaptation of Wicked, set to bow in 2021 from Universal. Schwartz said they’re still getting the script ready “but the process is heating up,” as they’re starting to talk about casting. Director Stephen Daldry — who directed The Reader and executive produces The Crown — has been meeting with production designers.

Schwartz is eager to tell the story cinematically, “to be able to do things that we thought about when we were doing the show, but of course we couldn’t do,” he said. “And it’s been wonderful for my collaboration…Winnie Holzman and myself to be back in that world and back with those characters we love and think about ‘How do you tell that story as a movie?’” (And is Menzel involved in the film adaptation? “No, not really,” she laughed).

Before singing “Defying Gravity” and “For Good,” Menzel continued the praise of Schwartz on stage, saying being in Wicked “changed the trajectory of my life and changed everything about me.”

The singer said she’s proud to be forever associated with Elphaba, the Wicked Witch of the West. “When you get to grow up with something…your whole life a certain character…she keeps changing you.… I felt like you saw me,” Menzel said. She added that playing the role was “the greatest privilege of my life.”

Producer of upcoming films Wicked, Aladdin and Legally Blonde 3, Marc Platt took the stage to honor Schwartz. “Stephen Schwartz is indeed a man of all good gifts. The gift of melody and music, the gift of poetry and prose, but as you heard all night long, his most beautiful gift is a very singular generosity of spirit,” Platt told the Annenberg crowd. “His lasting legacy has been vital to the evolution of the American musical.”

Schwartz closed out the show by singing and accompanying himself on piano for “Can You Imagine That?” from his forthcoming Hans Christian Andersen musical. 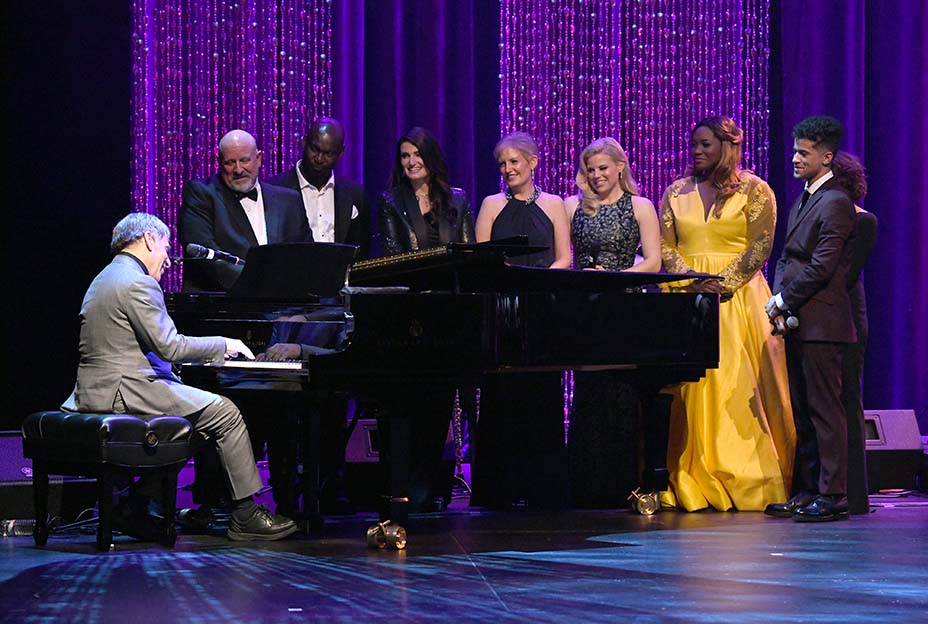