In Image Comics’ latest series, there’s one simple rule: Behind every giant monster, there’s an equally giant woman, waiting to kick its ass and save the day. Described by the publisher as a mix of John Wick, Godzilla and HBO’s Girls, welcome to the next generation of kaiju stories in Jason Howard’s Big Girls.

The title, which launches this summer, follows Ember — the latest Big Girl, a group of giant women dedicated to protecting the world from giant monsters that used to be men. She’s more sensitive than she looks, but when you’re 300-foot-tall and spend your time fighting oversized monsters, just how sensitive can you really look, anyway …?

“Big Girls is inspired by my childhood love of giant monster movies like King Kong and Godzilla, and big robot anime like Robotech and Evangelion,” Howard — known for his work with Warren Ellis on Image’s Trees series, and with Robert Kirkman on The Astounding Wolf-Man — tells The Hollywood Reporter. “So if you dig exciting visuals and monster fighting action, Big Girls has it!”

Another inspiration for the series comes from something far more intimate. “The heart of the story really came from me sometimes feeling overwhelmed by the size of the world’s problems, it can seem like the only fix is an equally big solution,” Howard says. “Exploring that feeling became the story’s setting, where their problems are literal giant monster men who are destroying the world (science you crazy!). Fortunately they have an equally giant solution, Big Girls who kick monster butt.”

The series, Howard promised, is “the perfect comic for both the dynamic sci-fi I like to draw and for my writer side to examine questions of power, inequality and the complexity of growing up.”

Big Girls launches digitally and in comic book stores Aug. 12, but look below for an exclusive preview of the first issue. 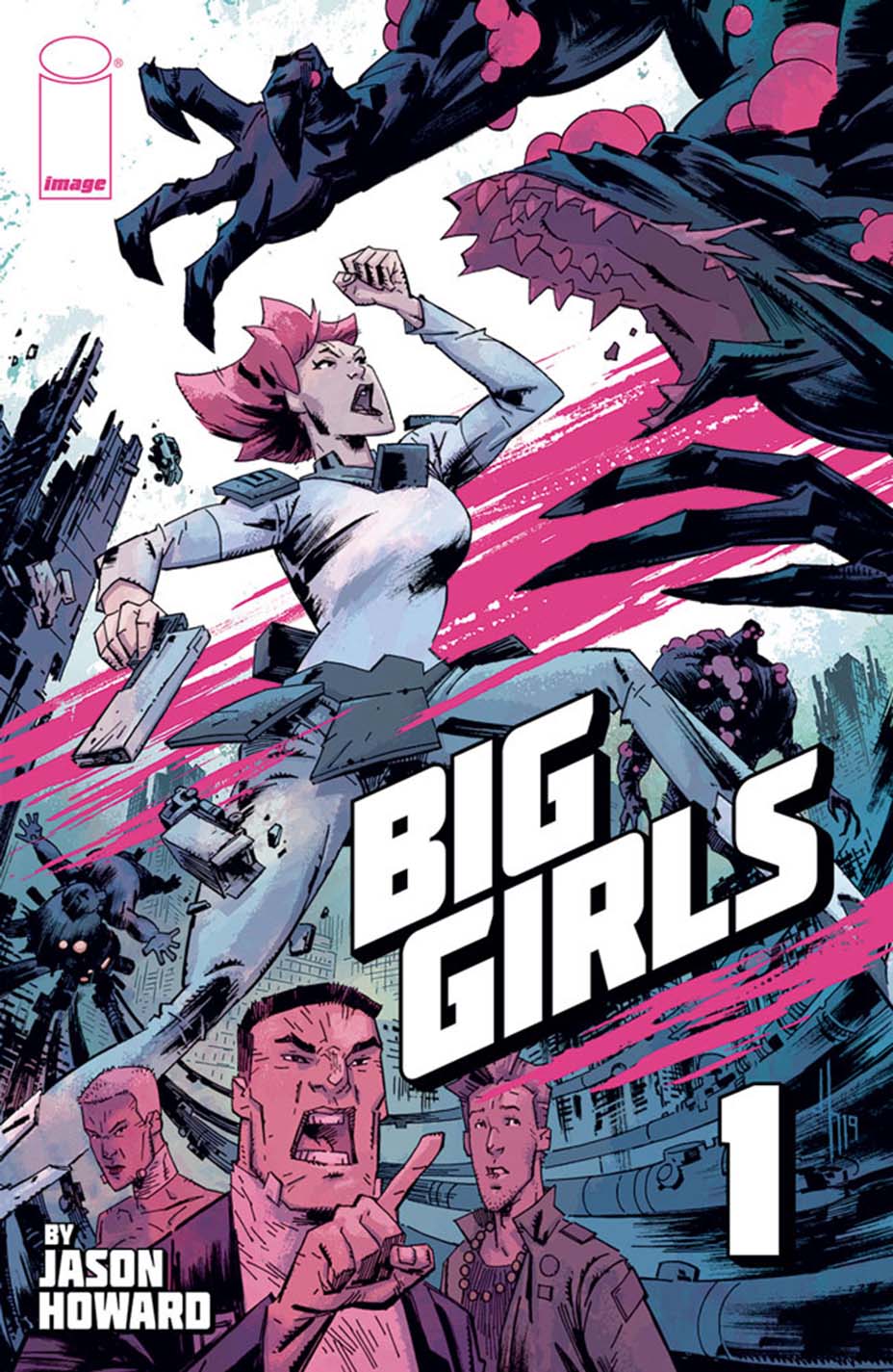 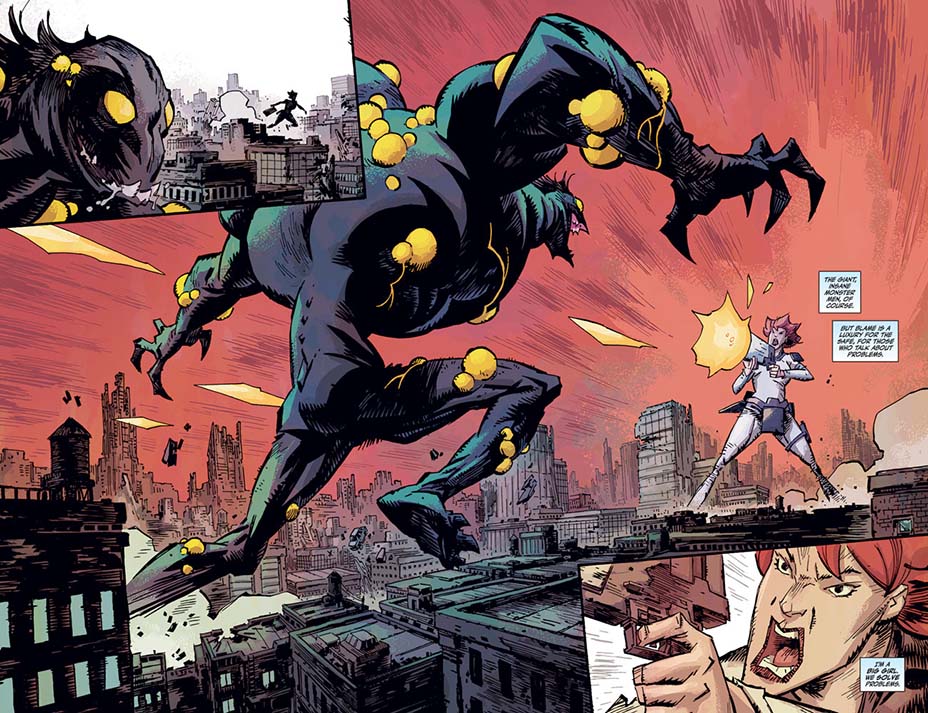 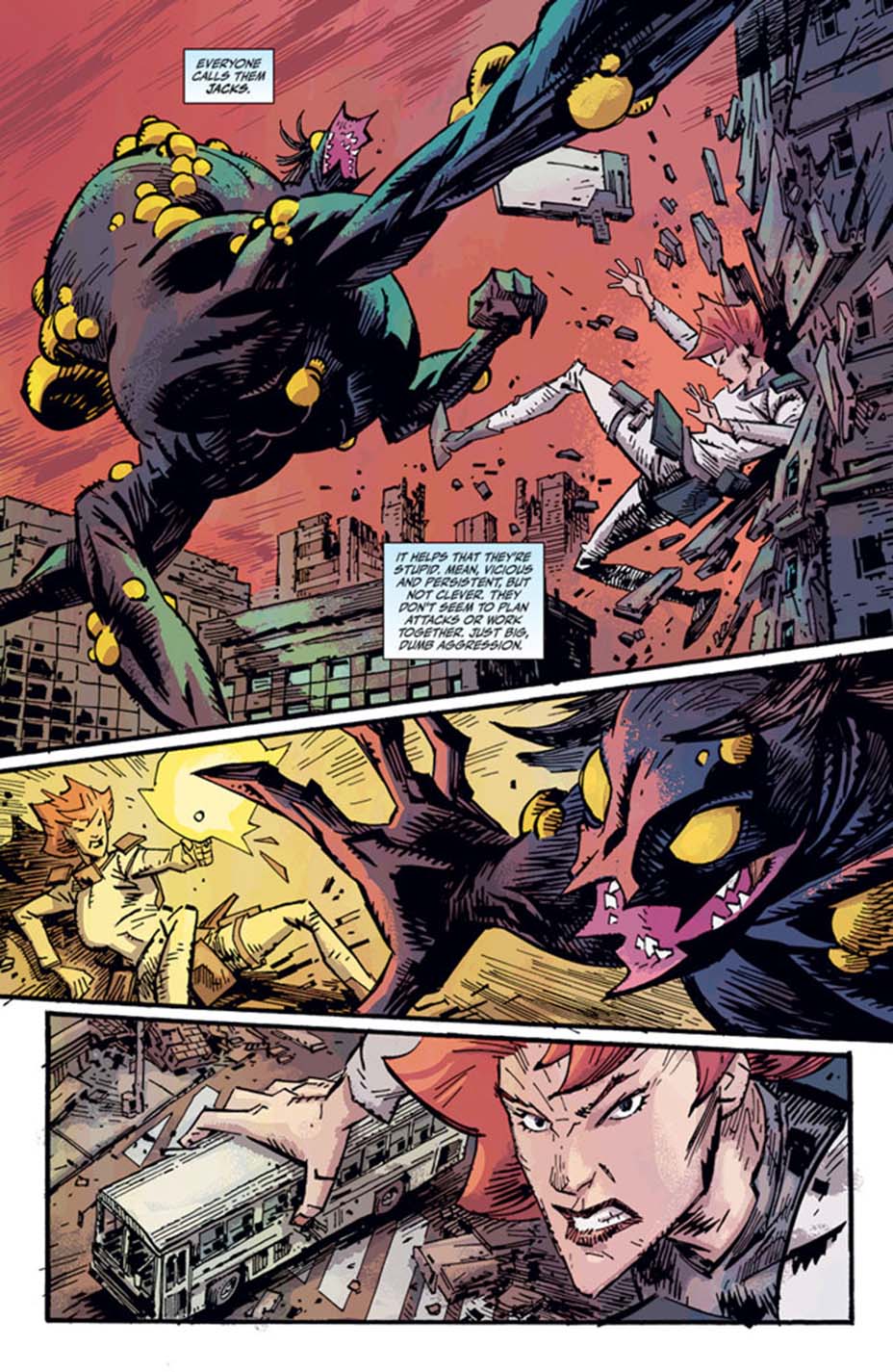 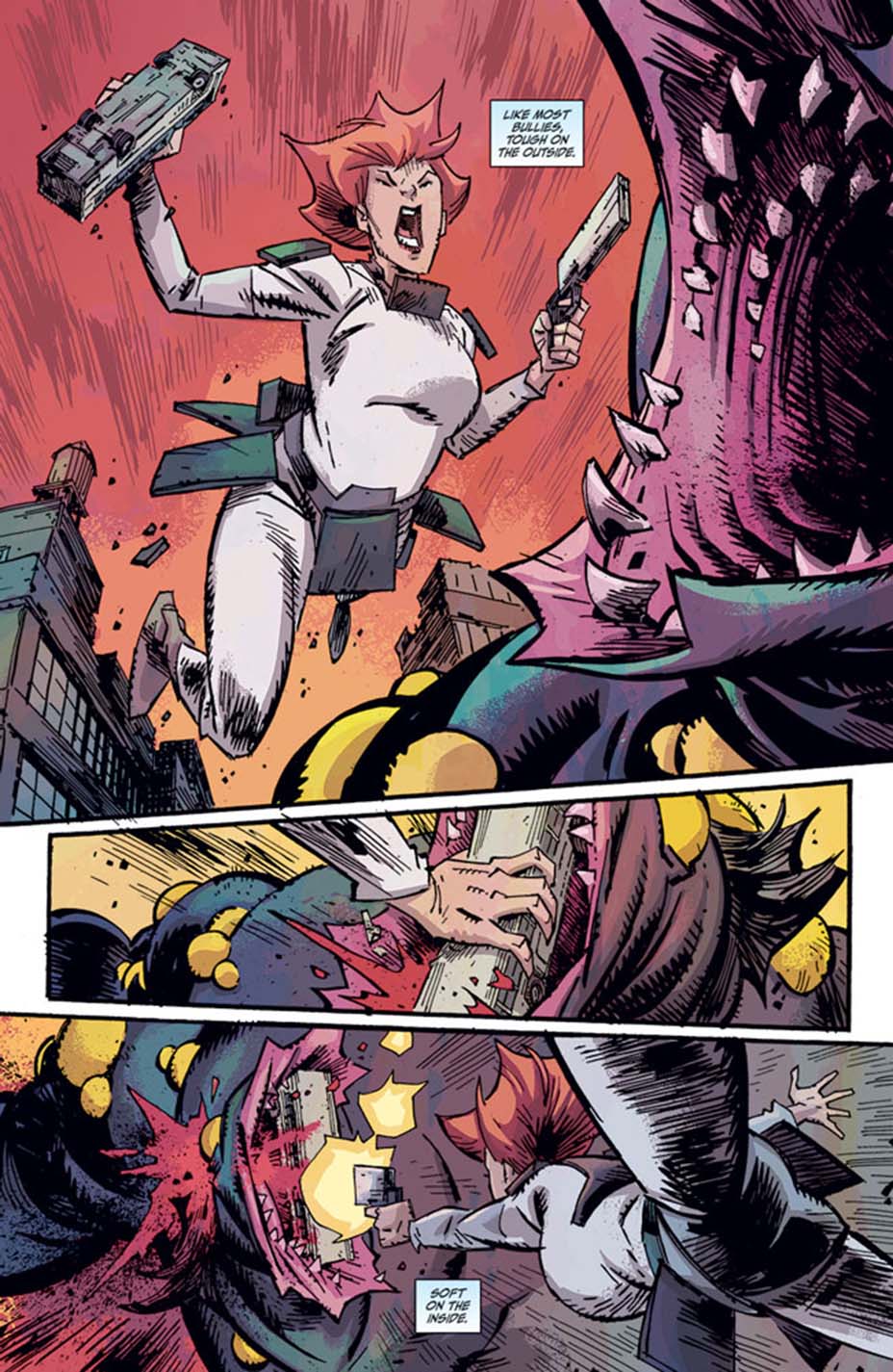 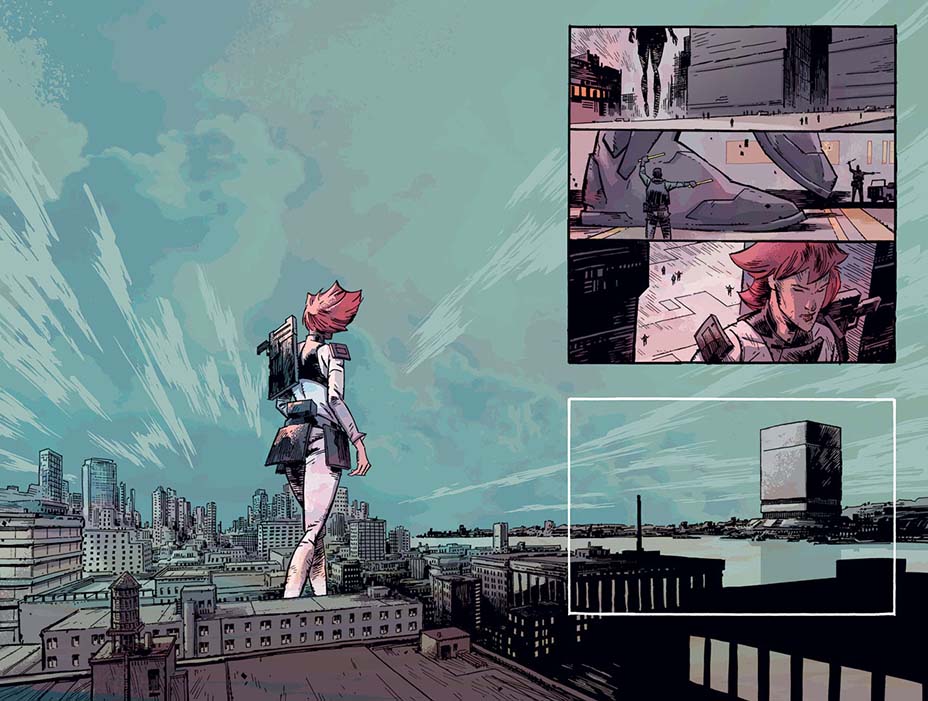