The new comic book series is from writer Kieron Gillen (The Wicked + The Divine, Star Wars), along with Jim Rossignol and Jeff Stokely. The collaboration between Gillen, video game critic Rossignol and Stokely (The Spire) centers around Baron Otto Von Hades and Professor Hades Zero-K, two heroic figures fighting a valiant war against the creeping forces of normality and the mundane. The project was originally announced all the way back in 2015, at which point all Gillen was willing to say about it was that it would be the “greatest comic of all time.” It’s good to aim high, if nothing else.

To promote the series, the creative team provided The Hollywood Reporter with exclusive statements, which are presented below exactly as imparted and perhaps offer a hint of what to expect from the series itself.

“‘I have a reputation of making intense grimoires about crying,’ says Kieron Gillen, reclining on his throne of skulls, ‘This isn’t that. This is an explosion of glitter and slugs, arranged artfully, nonsense and lack of sensibility. Its aim is to make you happy. Also, horrified.’”

“I’m just happy to be implicated in whatever is happening here,” says co-writer Jim Rossignol.

“Please help me. They have me trapped. Send help,” says artist Jeff Stokely.

Yes, Gillen himself wrote the “throne of skulls” bit; I want you to understand that, dear readers.

The five-issue series is set to launch April 1 from Image Comics, but below are three pages from the first issue to whet the appetite. 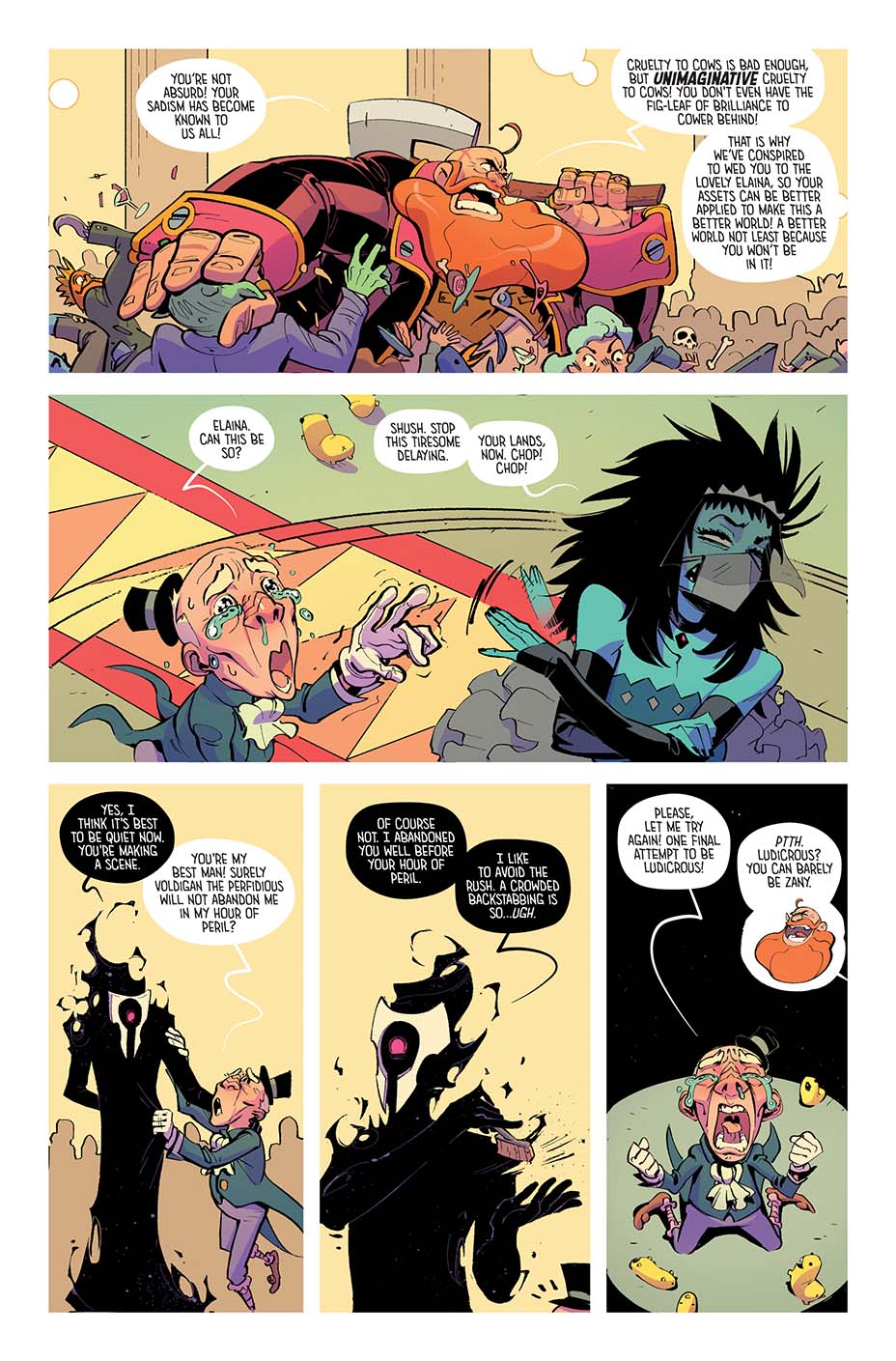 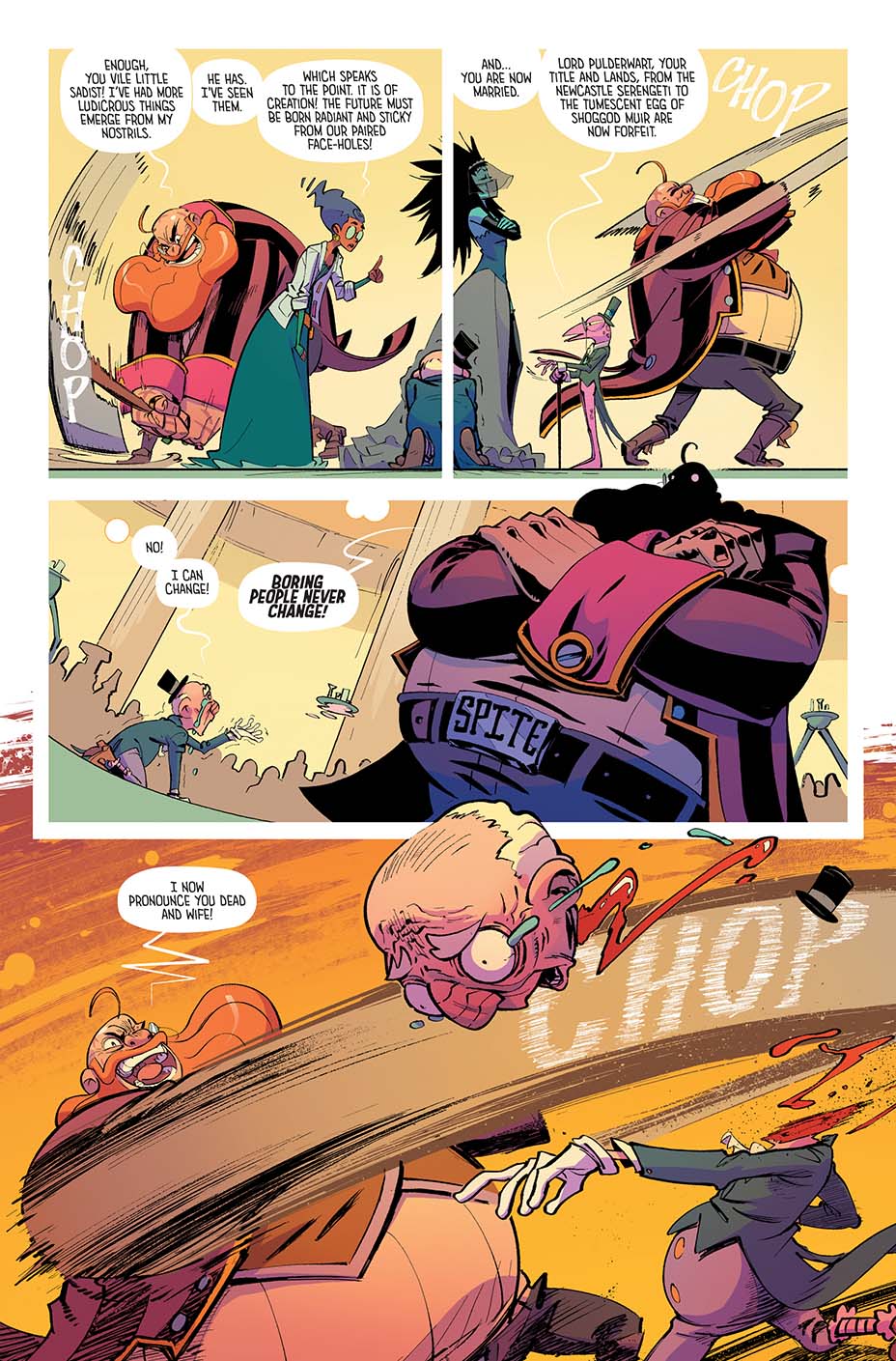 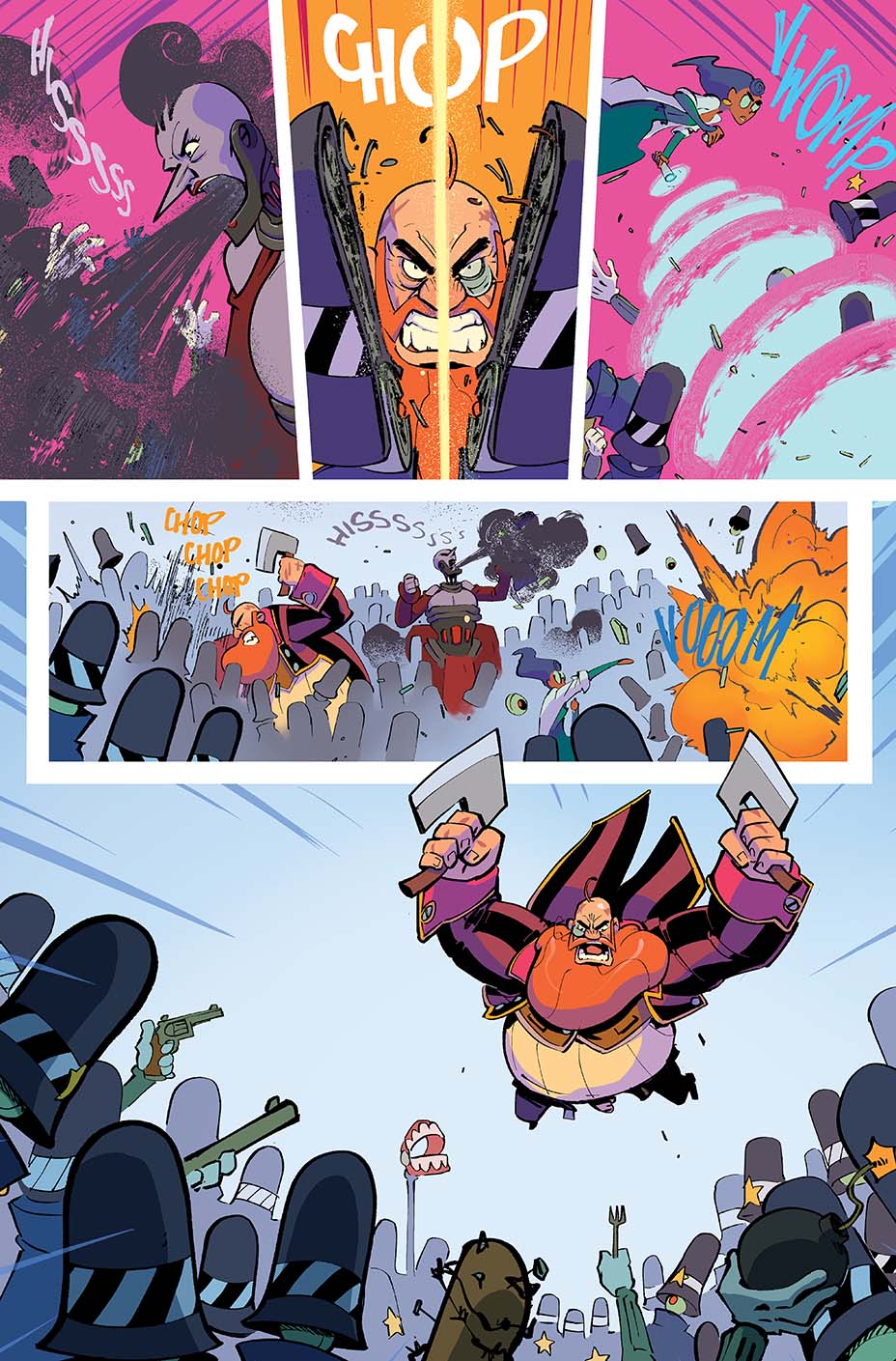 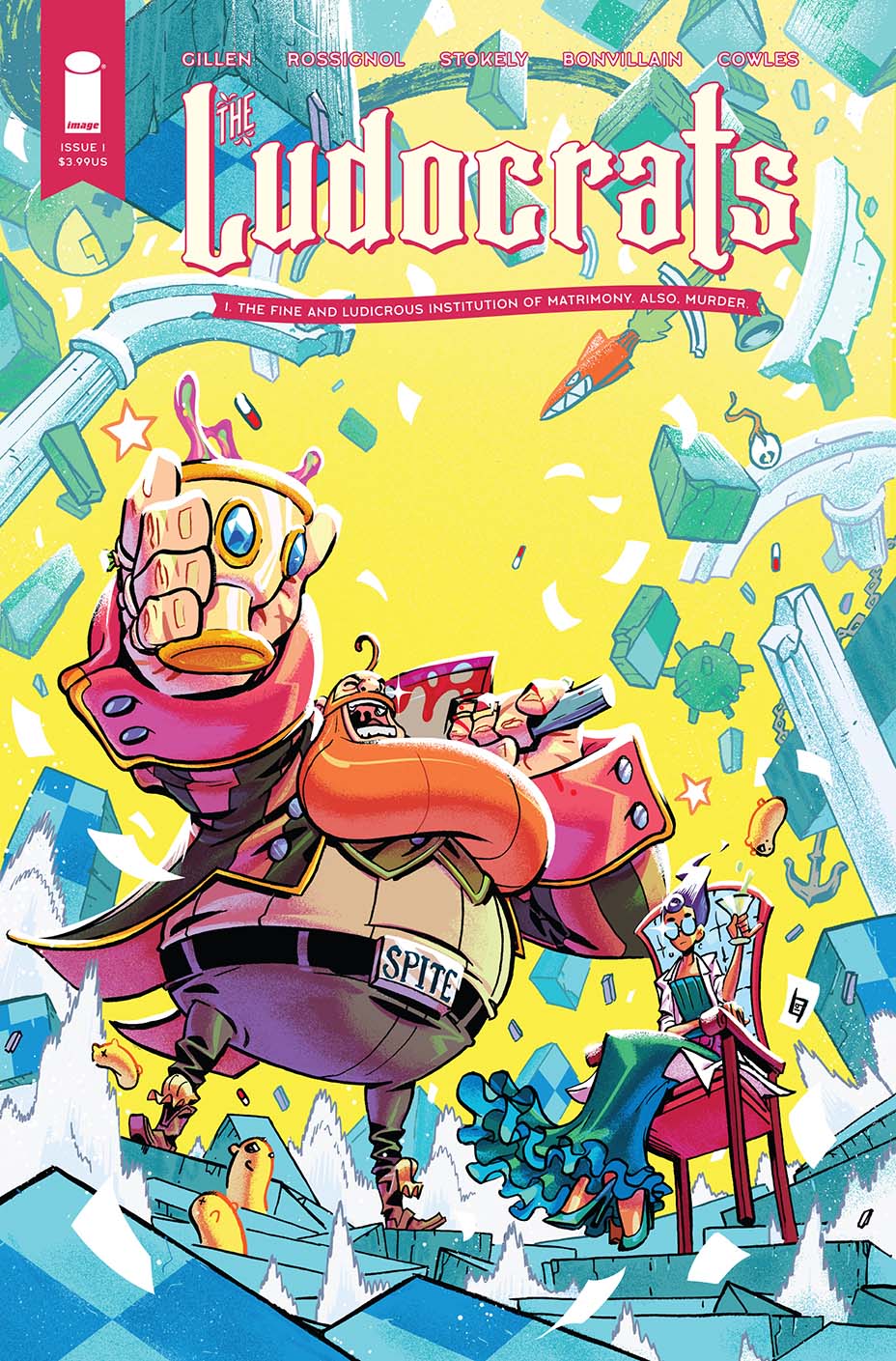