It’s not easy being in your 20s in the Bay Area, with relationships — and, sometimes, your own sense of self — up in the air. Creators Sina Grace, Omar Spahi and Jenny D. Fine know just what that’s like, and this summer, they’ll share the experience with the world in new Image Comics series Getting It Together.

As if the series’ first issue cover (excerpted above, seen in full below) isn’t enough of a clue, Getting It Together is an update on the 20-something found-family concept that previously gave the world Friends, but the new series goes places the beloved sitcom never dared, with the series opening just as Sam and Lauren open up their relationship, causing complications in the friendship between Sam and his best friend, Jack — who happens to be Lauren’s brother.

The series sees Grace (Self-Obsessed, Not My Bag, Marvel’s Iceman] team with Omar Spahi (Xenoglyphs, the Dreamer Comics Podcast) to co-write, with illustrator and designer Jenny D. Fine teaming with colorist Shaun Struble to bring the story to life on the page.

“Getting It Together came from Omar and I wanting to show how modern friendships survive in the era of open relationships, online dating, mental health awareness, and so on,” Grace tells The Hollywood Reporter. “The struggle is real for Lauren, Jack, Sam and Annie. I couldn’t be luckier to make this book with my IRL friends Jenny, Shaun, and Omar.”

“To me, this book is about personal growth,” Spahi adds. “As humans, we’re all a work in progress. We all experiment, push boundaries and make mistakes. We put a lot of ourselves in this project, and we explore a lot of things you don’t see people talk about in comics, because just like everyone else, we’re all in the process of getting it together.”

Pitched toward the audience for relationship drama/comedies that made last year’s Laura Dean Keeps Breaking Up With Me into a hit, Getting It Together sees Image Comics push beyond its successful fare of genre-centric titles with a new ongoing title rooted entirely in the real world.

“Drawing this series has been my own ‘Getting It Together’ storyline: navigating relationships, keeping my ego in check, learning when to be a perfectionist and when to just let go,” Fine said. “I’ve never felt so supported as an artist, and I’m excited — and a little terrified — to share it with the world.”

Getting It Together will debut in comic stores and digitally June 10, but for those wondering just what to expect, look below for an exclusive preview from the first issue. 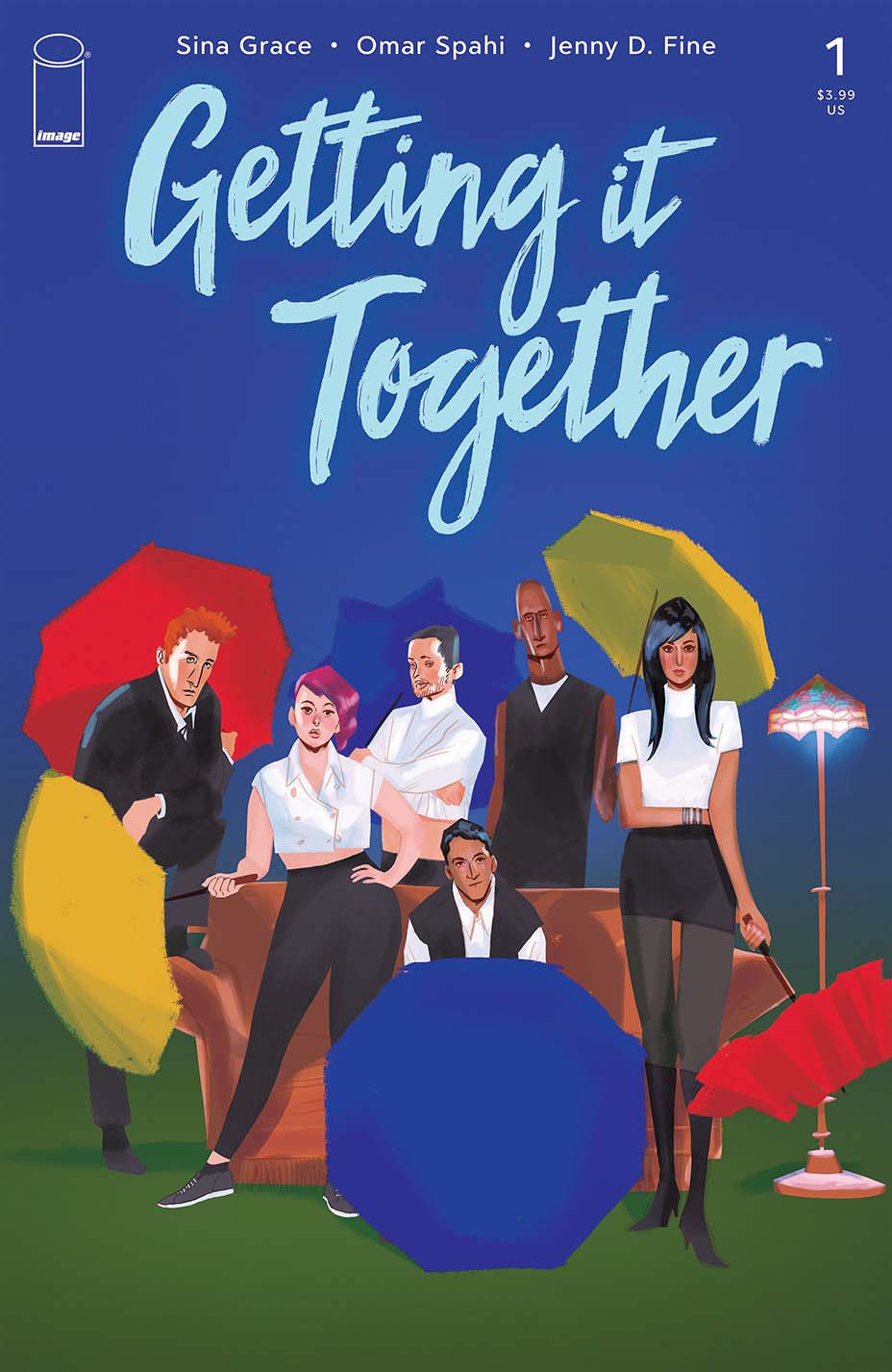 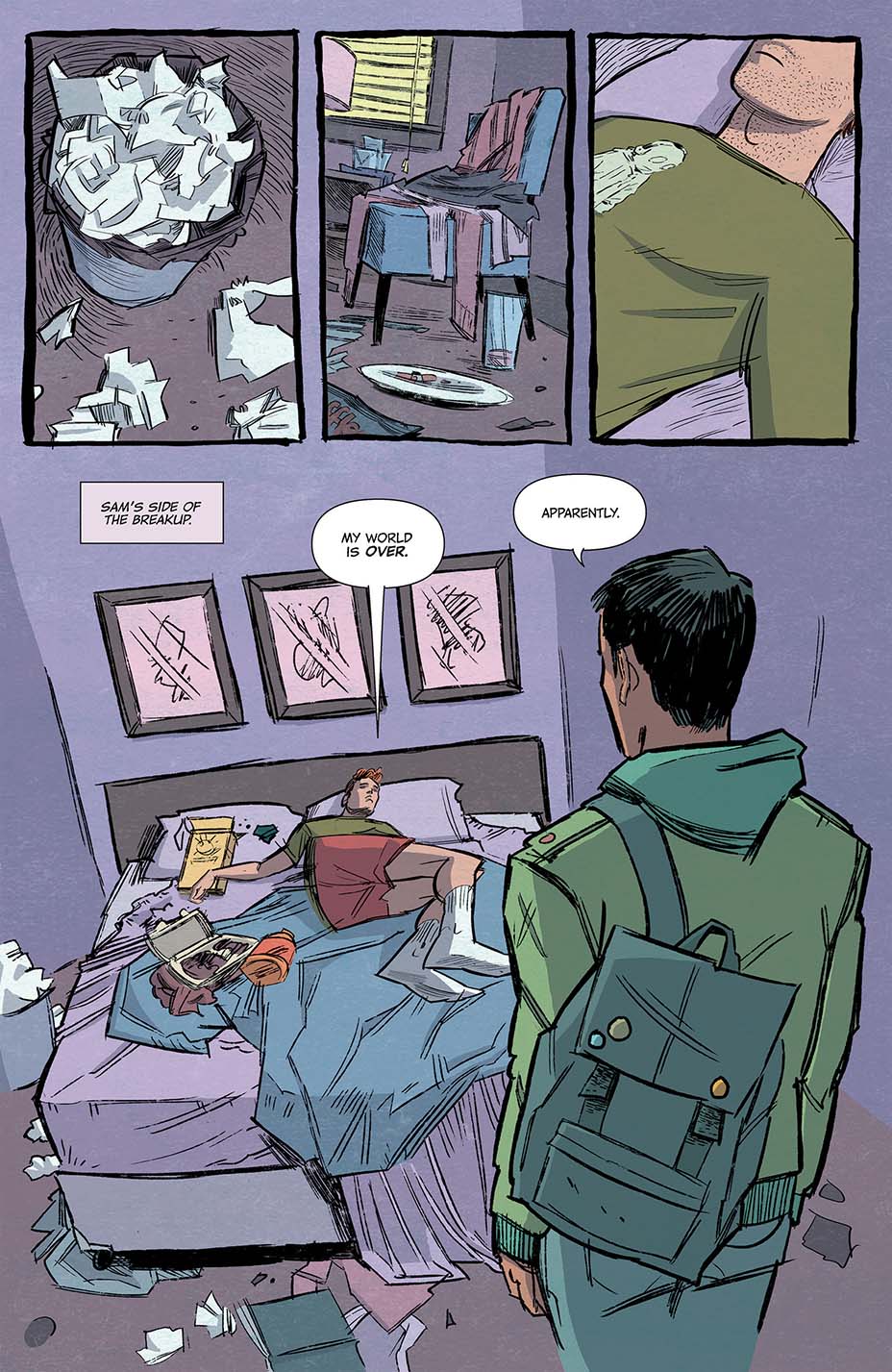 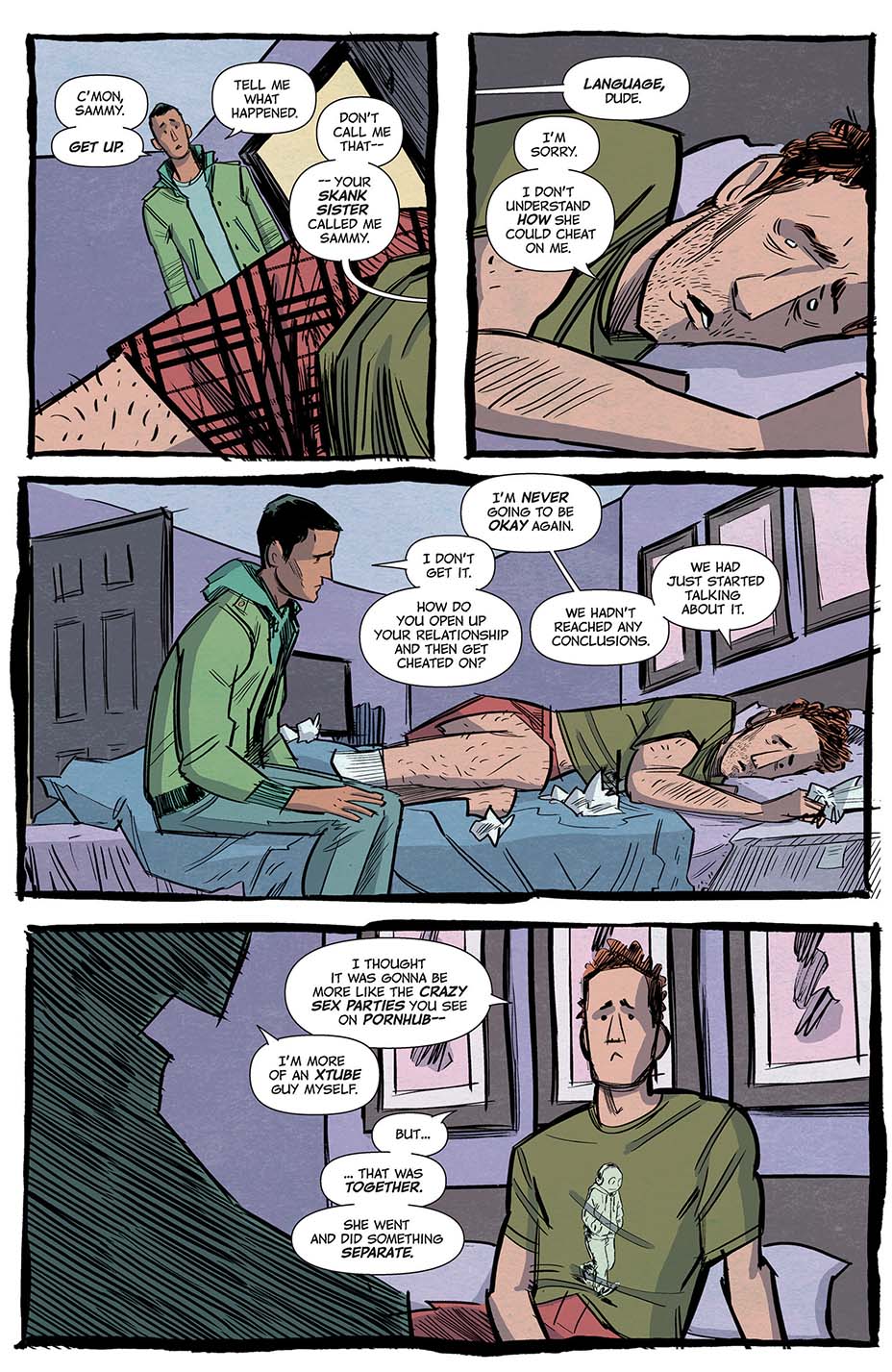 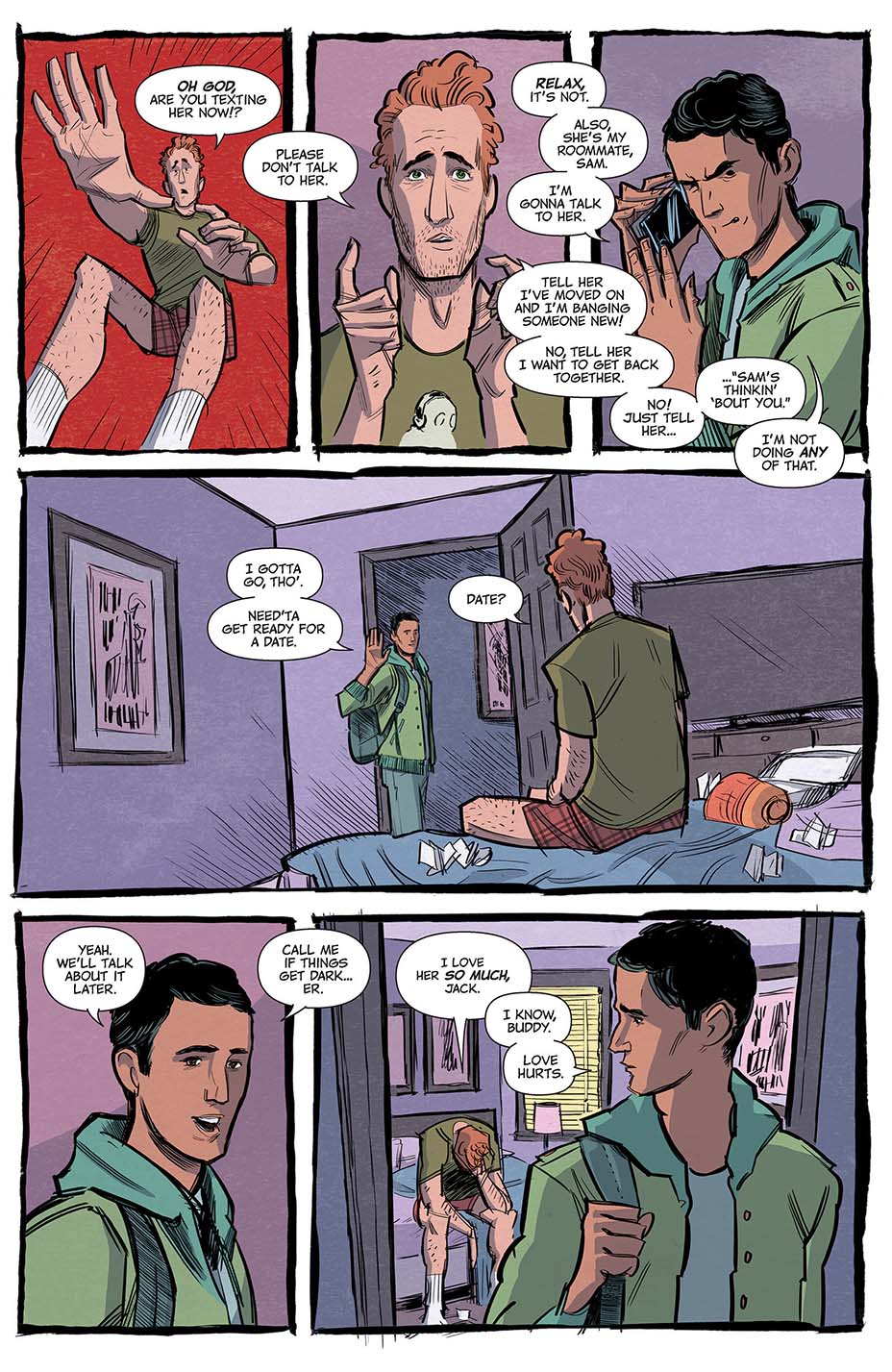 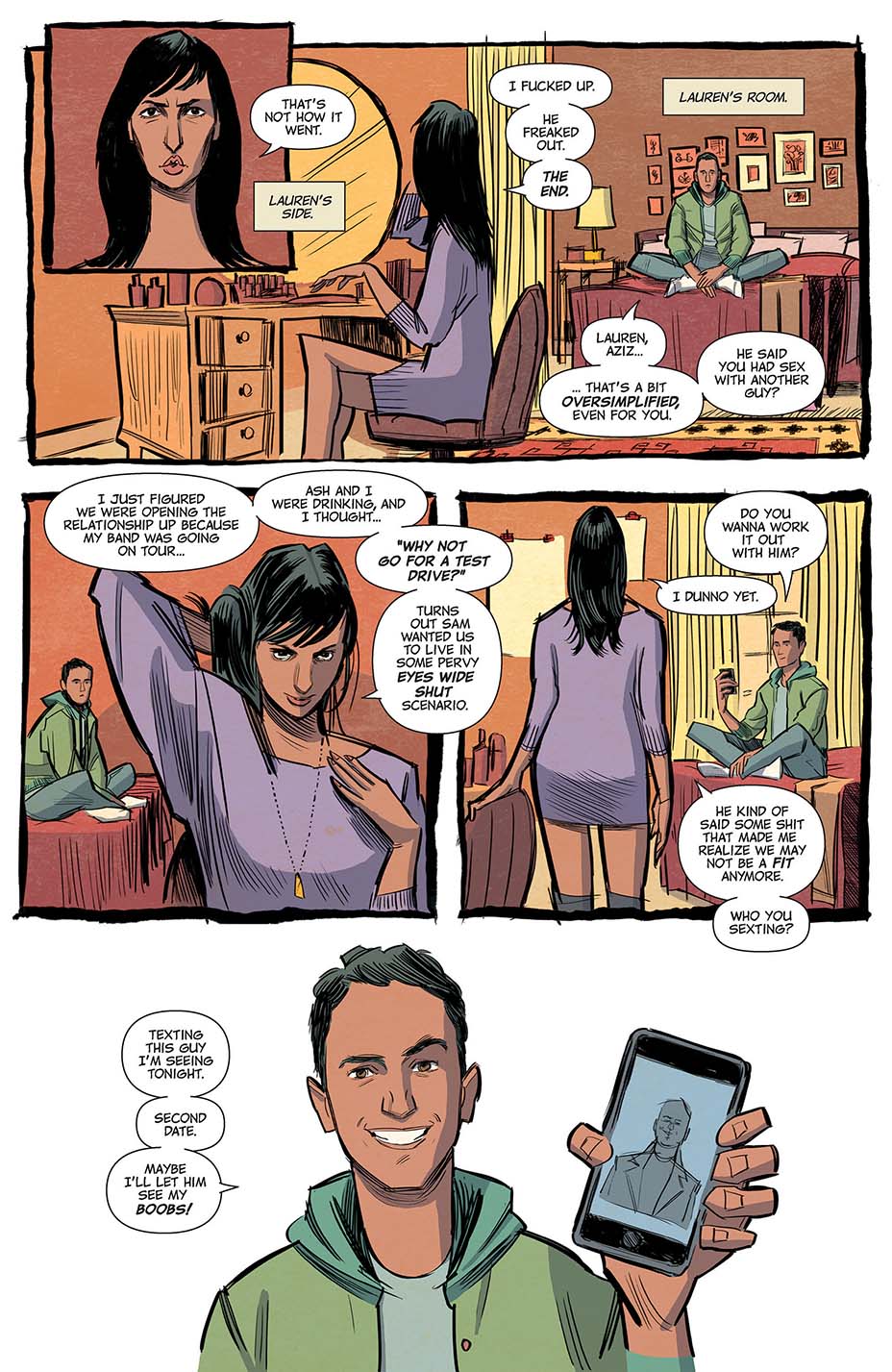