Continue to The Hollywood Reporter SKIP AD
You will be redirected back to your article in seconds
Skip to main content
August 8, 2017 11:00am

The Immortal Life of Henrietta Lacks has at its origin a set of cells, taken from an African-American tobacco farmer in 1951 without her knowledge or consent, that would go on to revolutionize medical research. But while these “immortal” organisms helped give rise to pharmaceuticals that could combat diseases like cancer and AIDS, the woman from whom they came was never given her due. Based on the true story, the plot unfolds through the eyes of Lacks’ daughter Deborah (played by Oprah Winfrey) and Rebecca Skloot, the journalist (played by Rose Byrne) who authored the 2010 best-selling source book, as the two team up to search for the truth.

Also starring Renee Elise Goldsberry, Courtney B. Vance and Ruben Santiago-Hudson, it nabbed an Emmy nomination for best television movie. Director George C. Wolfe, who also has helmed the feature Nights in Rodanthe and won two Tonys, tells THR about leaning on his prolific theater career for this project, working with Winfrey and managing to capture such a complicated, charged story within a 90-minute movie.

What first drew you to helm the adaptation of The Immortal Life of Henrietta Lacks?

This story [captured] this incredibly odd phenomenon of these people who knew nothing about what happened to their mother’s and their cells, and they incorporated — well, they had to for their own sanity — that craziness into their normal existence. Deborah doesn’t know the truth, but she knows something happened, and she’s perpetually looking for the truth everywhere. She’s really fascinating once you realize how smart she is, how imaginative she is, and how ferociously determined she is to find out. 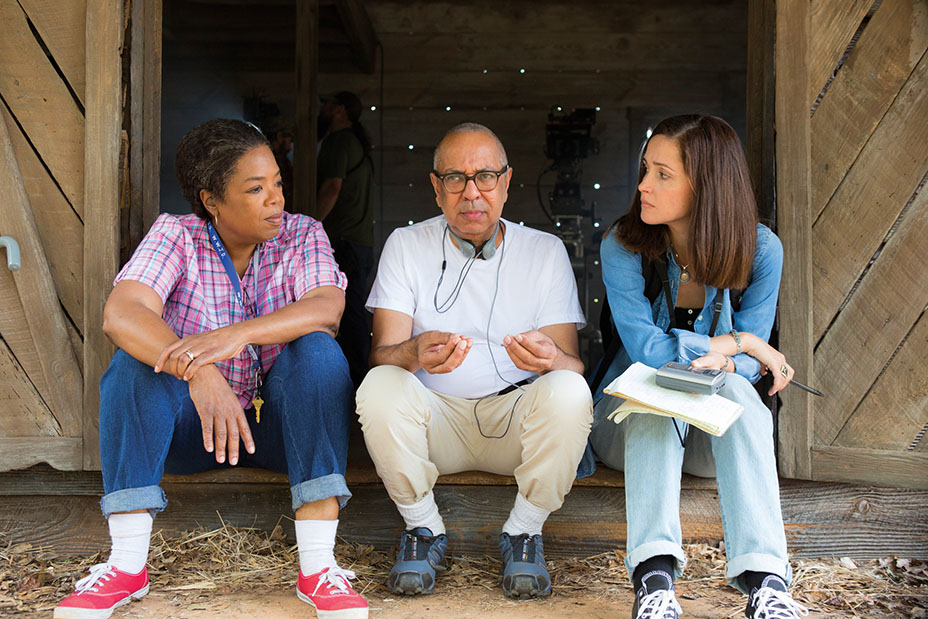 Were you familiar with the book before being approached about the project?

When the book first came out, I read it and found it so thrilling. It’s an ambitious book with a complicated, intimate story. One of the things a good writer does is put the drama in the details. I found the epic nature of it really wonderful. When working on the film, I knew I had to create a balance between epic and intimate, and that became the fun challenge.

What was the toughest part about executing that vision?

It was a fascinating challenge to figure out a way to keep the story intimate. To me, that was focusing on Deborah, Henrietta’s daughter, who has a deeply primal desire — like most of us — to know who made us. That was very important. Then it was really understanding that every single thing that happened — from Henrietta’s story to the science — was part of her journey.

Also, it was very interesting to read the book and have that be a source of truth, and then have the writer, Rebecca, share the original tapes she had [recorded] when conducting the interviews, to hear the actual family of Henrietta Lacks, to hear their tone and rhythm in how they spoke. The word and the voice are just so violently different. It’s one of the dangers of email. That difference altered the truth in some respect, and things became more and more layered. 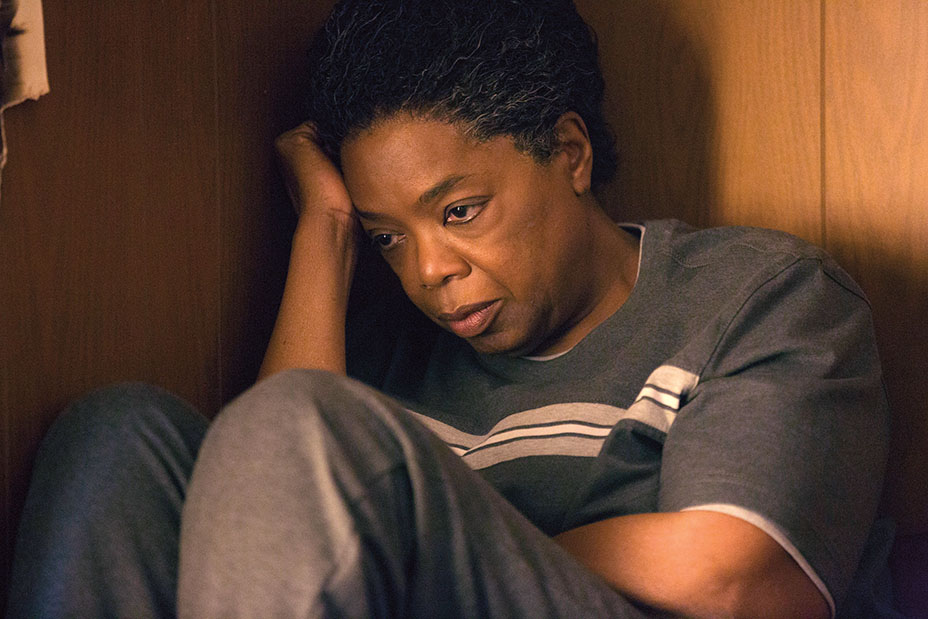 What were some of the big challenges on set?

Every day in Atlanta was 95 degrees — your skull becomes a microwave and your head gets cooked, literally. I’ve never experienced anything like that. We’d have a scene at a gas station, which would be the simplest thing, but because of the heat, it’d feel monumental. Weird little moments would become overwhelming. Then, incredibly intense emotional days when Deborah and Rebecca — Oprah and Rose — were having some of their rawest moments were long and draining days, but somehow everybody was up for the occasion, and it happened effortlessly.

Filming in Baltimore was really interesting because it’s neither the North nor South, but both. It’s very urban and has a lot of money, but at the same time it has many areas that are desolate. I felt like I was in three or four different Americas at the same time. You felt this incredible sense of Southern warmth, and you’d drive a little bit and then there’d be a street where all the buildings were boarded up and there would just be one family living there, and then you’d go downtown and you’d be in an incredible, sophisticated, up-and-coming neighborhood. That was really culturally and politically fascinating.

What struck you about working with Oprah?

There was a fearlessness about the work. Wherever the scene required her to go, she would go seemingly without caution. I think she felt such an incredible responsibility to Deborah and her truth that she didn’t allow anything internal to stop her from going there. And she just had an incredible sense of adventure and fun. Even when it was hard, it always felt fun. Even when she was like, “They ripped my guts out, they stole my mother’s cells, and everybody in the family was violated and abused,” she’d have a sense of excitement and adventure about the work.

What from your theater background helped you?

I love working with actors and creating a work environment where they feel empowered and safe to go to as many dark corners as they need to be able to do the work. Throughout the time I’ve spent working in theater, I’ve worked with astonishing actors — some at the very beginnings of their careers, some very accomplished. And as a result, I’ve learned how to create an environment of safety and trust that allows them to play in dangerous, thrilling places. I take great pride in that.

I’m doing some writing — a screenplay and a play. I immediately started scouting locations [for Henrietta Lacks] a week after my musical Shuffle Along opened on Broadway, so I’ve been missing my writer self after all that directing.

But I’m involved in some talks about figuring out how to, for lack of a better word, celebrate its journey, which was an astonishing one. Working on it was an extraordinary experience, and the loss of it was extraordinary. And the memory of it. Everything about that show — there was nothing “wading pool” about it. Its journey was like going to the ocean, everything was so deep and complicated and beautiful and dark. I felt so deeply connected to that show in an astonishing way. I created a show about a show that didn’t last, and then the show didn’t last. And it should have. And literally once a week, three to five people come up to me [to talk about it]. I don’t know, I’m just trying to figure it out. 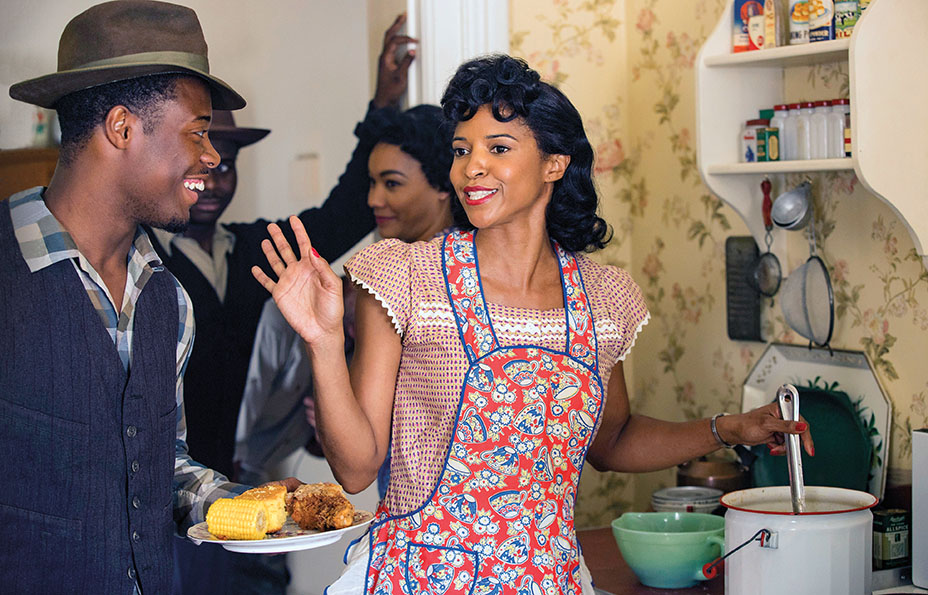 4 OTHER SMALL SCREEN CONTENDERS
From De Niro’s gripping turn as Bernie Madoff to a “love story” episode of the dystopian Black Mirror, the movie race is a tight one.

This neon-tinged love story set in ‘80s California is both an outlier and fan favorite of the anthology.

Dolly Parton’s Christmas of Many Colors: Circile of Love (NBC)

A true story of sacrifice based on the legendary singer’s hardscrabble upbringing.

The Wizard of Lies (HBO)

Robert De Niro and Michelle Pfeiffer elevate this biopic about the world’s most notorious Ponzi schemer.