Amanda Gorman’s climb continues as the inaugural poet has signed with IMG Models.

The 22-year-old Los Angeles native, who recited her original work “The Hill We Climb” on Jan. 20 and instantly became the breakout star of the inauguration ceremony as the world looked on, now has a team of reps that includes Writers House, WME and the law firm Gang, Tyre, Ramer, Brown and Passman. As Gorman’s partner in the fashion and beauty industries, IMG Models will focus on building her profile through brand endorsements and editorial opportunities.

About that profile: Following her turn at the podium, Gorman mingled and took photos with former first couples Barack and Michelle Obama and Bill and Hillary Clinton. She received well wishes online from Oprah Winfrey and Lin-Manuel Miranda and made appearances on Good Morning America and on CNN with Anderson Cooper. Her upcoming books — The Hill We Climb and Other Poems and the children’s book Change Sings: A Children’s Anthem — shot to the top of Amazon’s best-seller charts ahead of September debuts.

It’s safe to say that all eyes are on Gorman to see what she does next. Meanwhile, she’s already got millions following those moves. Following Inauguration Day, her social media footprint skyrocketed and she went from 7,000 Twitter followers to 1.4 million. On Instagram, she racked up north of 3.1 million followers and counting. The fashion industry also took notice thanks to a look by Prada and accessories including a caged bird ring and earrings gifted to her by Winfrey. WWD dubbed Gorman “a new kind of style icon,” while Vogue reported that the red headband she wore is already sold out. 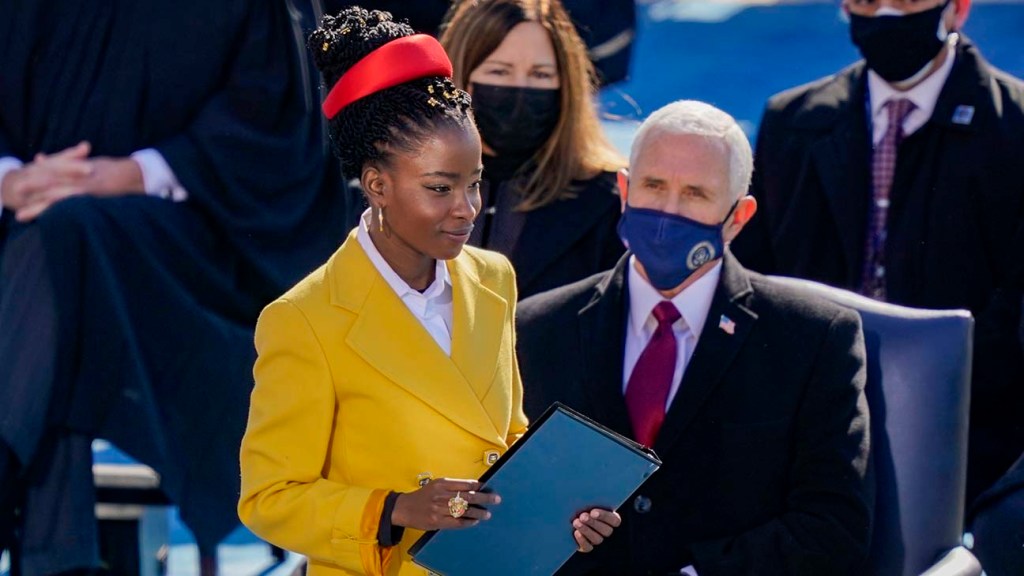