Video games are more plentiful and visible than ever, but it is not always easy to find independent titles even if they have been nominated for major awards, dominated threads on social media or generated buzz upon their release.

This column will explore games that stray from the norm and offer something different, whether it be a narrative puzzle or a visual novel. But it will also highlight the studio where the particular game came from, which are often as interesting or obscure as the games themselves.

While we won’t shy away from a first-person shooter if the title is distinct in another way, we will generally aim to steer past game concepts and styles that are frequently discussed, promoted and played, in an effort to uncover something unusual, surprising, meditative, or just, fun.

Reclaim your youth in Arcade Spirits

In the undetermined year of 20XX, players tackle the role of an arcade employee — fully customizable to fit ones visual preferences — who encounters a host of personalities and relationships throughout the story and choice-based adventure.

Exploring your apartment for the first time, your intrepid character declares, “It’s paradise, in a relative sense. I only pay half the rent. Neighborhood stabbings have been down this year.” Then, roommate Juniper comes in and spoils the moment by shaming you for getting fired.

Later she asks, “What’s your dream job?” And the game is off, soul-searching, navigating the erratic mind of a 20-something, laying awake at night, trying to calm that inner monologue. Through fun and colorful animation, Arcade Spirits captures that time in one’s life where things are uncertain, and allows players to sit with the emotions. Oh, and there’s a personal life coach app, which feels very 2020, where in-person therapy sessions have been replaced with video calls.

If you’re a fan of text-based games offering a story with stakes and familiar characters from defining periods in ones life — not necessarily challenges — Arcade Spirits might be up your alley. The game is already out on Steam, and will be available on PlayStation 4, Nintendo Switch and Xbox One from May 1.

Explore Gagne’s backlog of fiction games and stories here, including a cyberpunk web novel and plenty of genre mashup adventures. 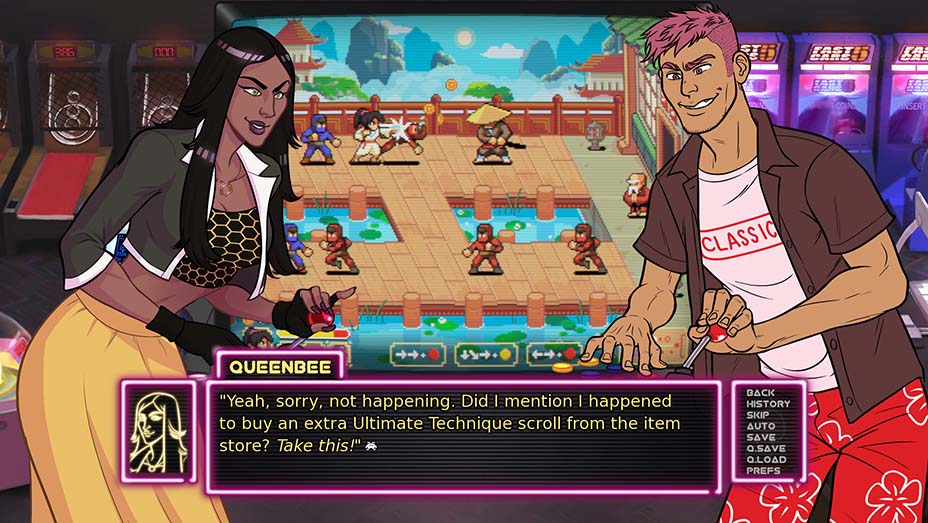 Explore apartment nightlife and spy on neighbors in Fire Escape

Fire Escape is a Rear Window-esque interactive thriller from New York-based video game developer iNK Stories that tasks players with spying on their neighbors while in lockdown in Brooklyn.

While it wasn’t developed with a global pandemic in mind, the game feels very relevant in the current era of coronavirus stay-at-home measures. The story is played in three 20-minute episodes, so it’s a far cry from the 50- or 100-hour games that frequent the mainstream slate — and COVID-19 isolation — these days.

Players can peer into other people’s apartments and listen to their domestic disputes, find out certain secrets, text friends and respond to calls. When a murder takes place, everybody becomes a suspect and the whole place goes into lockdown. The game is very atmospheric; largely taking place at night, with the sounds of street traffic, planes overhead, city lights in the distance.

From April 29, the game will be available on Steam (both VR and non-VR), with 25 percent of sales going to COVID-19 relief efforts. The funds will support those in New York City who are struggling with essential needs like food and shelter.

Here, you can visit the work of iNK Stories and explore their catalogue of immersive projects that include virtual reality, documentary and multi-sensory experiences. 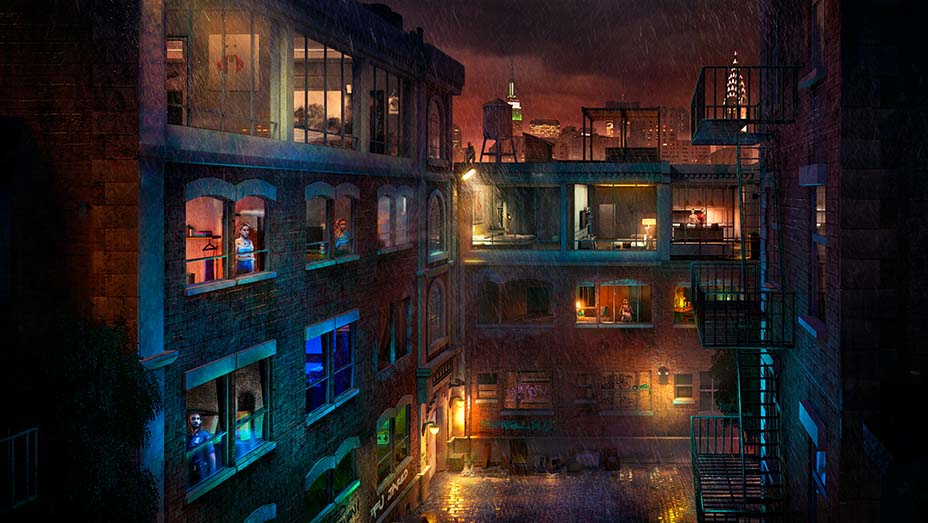 Assemble With Care is a narrative puzzle adventure from London-based developer ustwo (known for Monument Valley), comprised of Matt Miller and John Sinclair.

Through 13 short chapters, players take on the role of a globe-trotting antique restorer named Maria who lands in Bellariva and learns others’ life stories as she mends their precious items, such as an old DSLR camera, a tape player or a watch.

The game includes text onscreen accompanied by gorgeous illustrations using pastel colors and details that capture the essence of each subject while also leaving much to the imagination. It then offers puzzles along the way as Maria meets different characters and helps them get their most treasured possessions in good working order. The music is reminiscent of the 1980s, while the soundtrack includes gentle city noise that further grounds the game in reality.

Since the game is so short, and feels less like a game than a visual novel, it may be appealing to non-gamers who are looking for an experience rather than a challenge in their entertainment.

The game, nominated as Mobile Game of the Year by BAFTA, is available on iOs (through Apple Arcade) and Steam. Take a look at game developer ustwo, whose body of work includes minimalist puzzle game Blip Blup and virtual reality adventure Land’s End.

'SuperMash,' the Game That Makes Games, Sets Console Launch in May