This year’s Sundance Film Festival saw a record number of diverse filmmakers across four competition categories, some of whom won top awards, but Hollywood’s history with indie directors of color shows they’ll likely face an uphill battle for mainstream success.

In 2014, two young filmmakers garnered buzz at Sundance, thanks to award-winning first features. One was Damien Chazelle, who stormed the fest with his tense drama Whiplash, which won the audience and jury awards; the other was Justin Simien, whose searing satire Dear White People nabbed the special jury award for breakthrough talent. Their post-Sundance trajectories are emblematic of Hollywood’s struggle to be inclusive.

Chazelle went on to direct two big-budget features, La La Land and First Man, and win an Oscar; numerous film and TV projects are in the works. Meanwhile, Simien waited six years for his big-screen follow-up. “It seems to happen to white guys a little more, where you have a moment at Sundance and then immediately get that directing gig on a big TV show or big Hollywood movie,” says Simien. “That was not an option on the table at the meetings I was taking, but I can’t say I was surprised.”

It’s no coincidence. Underrepresented directors helmed just 13.5?percent of the top 1,300 films from 2007 to 2019, according to a January study from the USC Annenberg Inclusion Initiative. The peak came in 2018, when 21.4?percent of the year’s top-grossing films were directed by filmmakers of color — Ryan Coogler (Black Panther), Jon M. Chu (Crazy Rich Asians) and Spike Lee (BlacKkKlansman) among them. In 2019, that number dropped to 16.8?percent.

The lack of racial diversity in Hollywood, be it on screen or behind the scenes, was forced into the spotlight in 2016 following the second consecutive year of #OscarsSoWhite, where the Academy of Motion Picture Arts and Sciences said it would aim to double its female and minority members by this year.

Diversity has become a palpable buzzword for every studio executive and network and streaming head, and at the Sundance Film Festival this year, Main Street was flooded with panels and events centered on inclusion over the opening weekend, as groups such as The Black House, Charles D. King’s MACRO, CAPE and the inaugural Latinx House set up camps to foster discussions and networking amongst talent of color.

“Especially in this political climate, we realized that not having Latinx voices telling our stories was allowing other people to come in and create a narrative about us that has led to some really dire consequences in our community,” explains writer-director Alex Martinez Kondracke, who won a Sundance jury prize for her student film in 2000 and co-founded The Latinx House with Mónica Ramirez and Olga Segura.

“We just can’t let that happen. So we felt that we need to have a presence at Sundance. It’s one of the nexus points where culture is being created and being decided upon,” she adds.

That’s why the Sundance Institute is trying to bridge the gap and make Cathy Yan’s jump from the director of 2018’s festival hit Dead Pigs to this month’s Warner Bros. action film Birds of Prey less of an outlier. “Year after year, filmmakers of dominant cultures are getting immediate opportunities to helm big studio films after having a very small indie film screened at our festival or another festival,” says inclusion director Karim Ahmad. “There’s no concern on the part of a gatekeeper to give that person keys to a much, much bigger-budget project.”

Sundance 1991 wunderkind Matty Rich saw just how difficult the transition from the festival to Hollywood can be for a young black filmmaker. At just 19 years old, his pic Straight Out of Brooklyn received special jury recognition and he became, in his own words, “this kid sensation who made a 35mm feature film from his mother and sister’s credit cards and the help of community members.” He also won an Independent Spirit Award, was featured on a magazine cover alongside Arsenio Hall and quickly landed a development deal at TriStar Pictures after striking up a rapport with then-chairman Mike Medavoy. But the indie director quickly found himself in an unfamiliar environment, getting notes from executives who warned that “African American movies don’t play to foreign audiences.”

His 1994 follow-up feature was The Inkwell, part of a three-picture deal with Disney and starring Morris Chestnut and Jada Pinkett Smith.

“At the time that The Inkwell came out, people didn’t understand this kind of art, this kind of movie, because everyone focused on the ‘hood’ movie [like 1991’s Boyz n the Hood] and the urban crime genre, and that’s what people were expecting for my second film,” Rich says.

The film, which Rich took back to Sundance to premiere but not in the competition category, was made for about $8 million, which its worldwide gross just matched. He wrote a Tupac Shakur project for HBO and a project called Subway Scholar with Whitney Houston and Debra Chase for Showtime in the mid- to late 1990s. But time went by and no more projects were materializing. Tired of hitting walls, Rich got an offer to move to Paris in 2003 and help develop Ubisoft’s 187 Ride or Die video game and decided to make the jump.

“When your movie doesn’t meet the expectations of Hollywood, the one way out of director’s jail is to write your way out,” Rich says. “You find yourself in development hell. You’re writing projects and working, but nothing is getting made.” 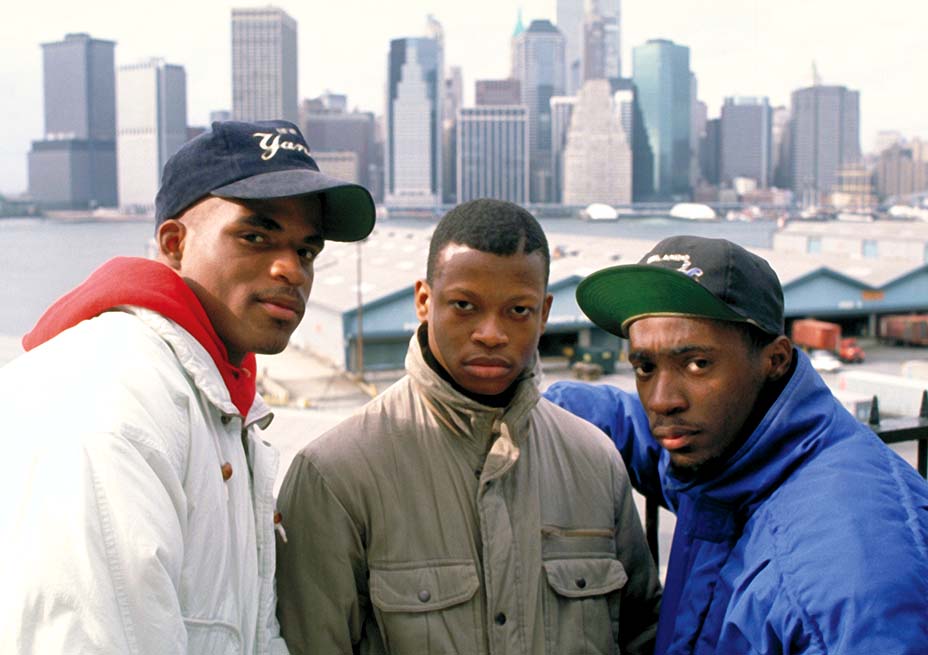 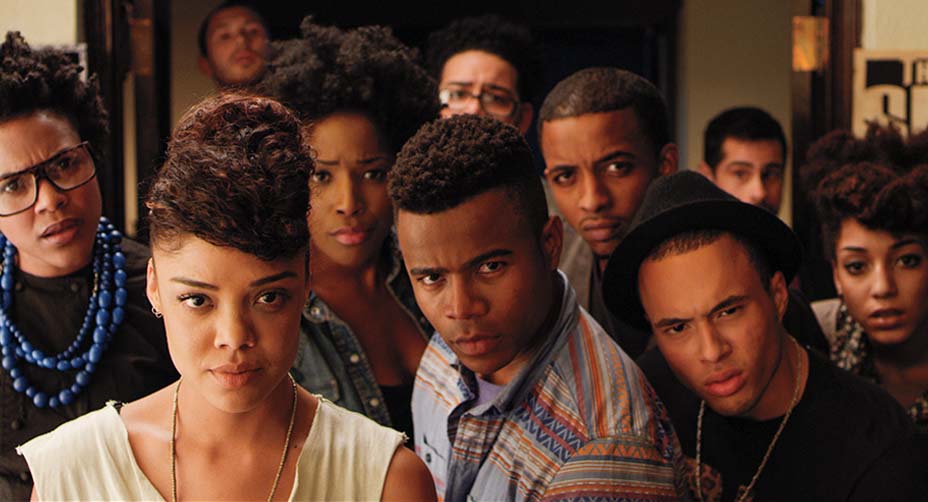 Simien also faced obstacles — even though Dear White People grossed more than $5?million at the U.S. box office and was adapted into a Netflix series. He says the issue lies in the lack of diversity in the top echelons of the studios, which are still overwhelmingly white.

“I remember speaking with [a white, male] filmmaker at Sundance and I realized they had made a lot more money directing other people’s shows than I had made creating a show,” Simien says of a conversation that took place at the festival after his 2017 Dear White People series had debuted. “What happens to a career of a person of color if all other things are equal, is always striking to me.”

Simien notes that he couldn’t get a project starring an Oscar- and Emmy-winning actor greenlit because the person “was just not big enough” for the studio: “It still comes down to whether studio heads feel like taking a chance on a black-led cast, and the answer’s usually no.”

It’s even harder for underrepresented women — Patricia Riggen is one of 13 female directors of color to helm a major Hollywood film over the past 12 years. Her Sundance breakout was 2007’s Spanish-language Under the Same Moon (La Misma Luna), which sparked a bidding war. The $1.5 million movie sold for $5 million and grossed $23 million worldwide, but she still struggled to find her next project.

“Three years passed and I could not get a movie,” she says. “I think I went to dozens, maybe a hundred meetings. [Often] the material was about a girl, a woman or the female experience and a white guy would always land the job.”

On the whole, women of color see the fewest film directing opportunities. In the Directors Chair analysis, out of 29 female filmmakers in the U.S. Dramatic Competition at Sundance from 2015 to 2019, only 11 were women of color. Even at Netflix, which has carved a space for diverse voices, 20 percent of the 53 original films premiered in 2019 had female directors — eight women were white, three were minorities.

“Even with the advantage of Sundance on your résumé, some films are going to be made, whether people realize it or not, [based on] what value you’re capable of creating and what value the kinds of films that you want to make are capable of creating. That value is always going to be presumed to be less [compared to] a white male peer by the folks who are making the decisions about foreign sales estimates, domestic box office potential, talent and execution potential,” says Franklin Leonard, founder of The Black List. 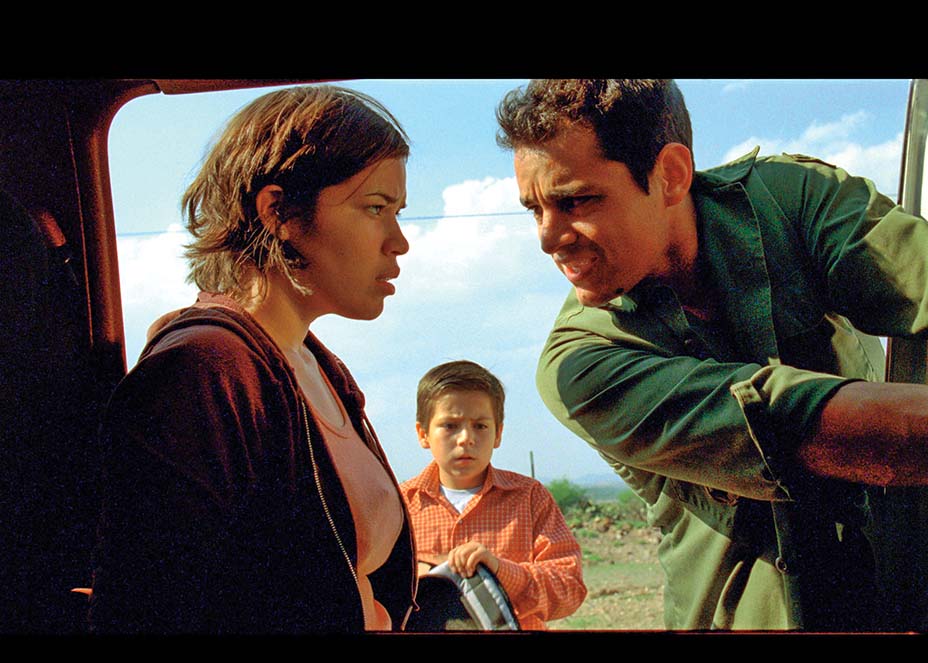 Riggen says she’s luckier than most, having made three more features — Girl in Progress (2012), The 33 (2015) and Miracles From Heaven (2016) — and with steady TV work under her belt. She suggests that Sundance could do more to push Hollywood agencies and studios on their hiring practices.

Meanwhile, Rich, who is transitioning back to film and television after a decade in the video game world, during which he established his own video game company, is itching to get back to his roots. This year he returned to the fest with his short film C+U+R+E, a faith-based supernatural thriller.

“I went all over the world in a new art form and medium because of the industry and development hell,” he says. “So now things have opened up and blossomed. I’m excited to get back behind the camera, in front of the camera and just around the camera.”

Now there’s more diverse talent in the Sundance spotlight than ever. Out of the 65 directors of the 56 films in competition this year, 46 percent were women and 38?percent were people of color — including Lee Isaac Chung (Minari), Radha Blank (The 40-Year-Old Version), Edson Oda (Nine Days) and Garrett Bradley (Time), who all won awards.

As for Simien, his new horror movie Bad Hair opened at Sundance in the Midnight category and was acquired by Hulu for $8?million. “It has been a long time, and I’ve been itching to tell a new story,” he says. “It feels like a new?beginning.” 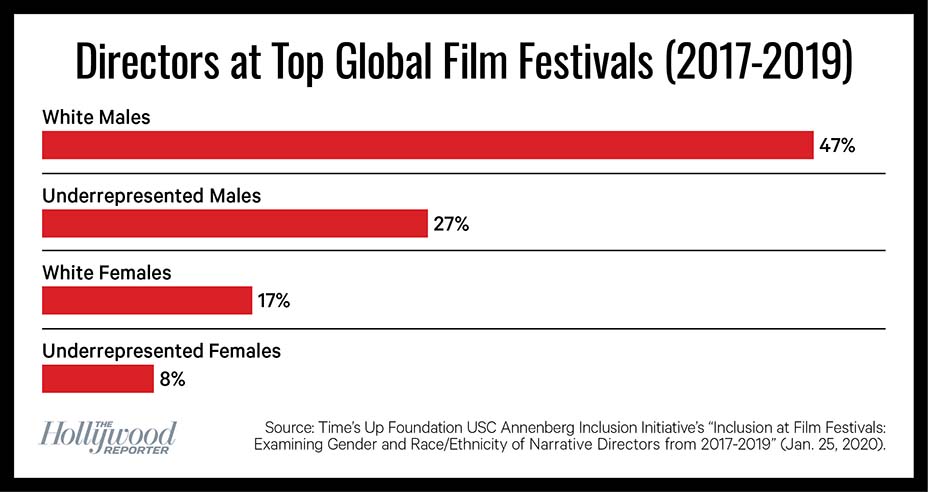 A version of this story first appeared in the Feb. 12 issue of The Hollywood Reporter magazine. Click here to subscribe.