Polite conversation, it is said, avoids sex, politics or confrontation. But there was no getting around uncomfortable topics at the American Film Market Indie Directors Roundtable, with gay coming-of-age film Call Me By Your Name by Italian auteur Luca Guadagnino; the political advocacy of Rob Reiner’s Shock and Awe, the story of the journalists who tried to warn America not to blunder into the Iraq War; or the ethical minefield of Euphoria, Swedish director Lisa Langseth’s English-language debut, starring Alicia Vikander and Eva Green, which confronts the issues of death, depression and euthanasia. Add Andrew Haigh’s literary adaptation Lean on Pete — the story of a boy and his horse that is an unadorned portrait of poverty and isolation in modern-day America — and Janus Metz’s tennis biopic Borg vs. McEnroe, which takes the sports movie and turns it into something darker and more personal, and you know decorum will be the last thing on anyone’s agenda.

Together with The Hollywood Reporter’s European bureau chief Scott Roxborough, the five filmmakers talked fears, fantasy projects and the never-ending struggle for control.

When did you fall in love with film?

ANDREW HAIGH Growing up, my parents weren’t into film, so I just saw E.T. and The Goonies and that was about it. Then I got a job working at a cinema at the British Film Institute and watched film after film after film. It was a [Michelangelo] Antonioni film in the morning, a [John] Cassavetes film in the afternoon and a [Ingmar] Bergman film at night. That’s when I started to appreciate the power of cinema.

LISA LANGSETH I started working in theater. I worked in theaters for 10 years as a writer and director, and I got a bit bored because there was only this one stage all the time. And then I did a short film and I fell in love with it. Because there are so many possibilities.

LUCA GUADAGNINO I’ve been in love with cinema as long as I can remember. My father is an avid cinephile like I am and he exposed me to films that weren’t right for my age. I saw Apocalypse Now at the age of 7. I think seeing it then helped develop in me a morbidity for the sense of the shocking image, which in fact led me to have a deep love of the horror genre as well.

JANUS METZ My first love of cinema was watching Kurosawa movies on television. Samurai movies. I was very obsessed with samurai and Japanese culture when I was a kid. We had this staircase and when I was sent to bed I could go out and lie down and watch the television through the staircase. I remember sneaking out to watch Seven Samurai and Rashomon. I think my first sexual experience was the sex scene in The Name of the Rose.

What do you least like about being a director?

REINER The financial part of it. The reason I created [production company] Castle Rock was because I couldn’t stand the idea of having to go hat in hand. Which is what I do now. Everybody I know, all the people I know, they all go hat in hand. I spent a lot of time with partners putting together  financial things so that we could just say, “We’re going to make this film, and we’re not going to have to answer to anybody.” But then we get bought up by Ted Turner and he sells the company to Warners and it’s back to going hat in hand just like everybody else.

HAIGH I’m growing to like the process. But I’m still very anxious. It’s hard, an emotionally draining thing making films, and I think I struggle with that aspect of it. I do find it a long, arduous process. But then when I’m not working, all I want to be doing is working on a new film. But for me there’s anxiety, from the very beginning to the very end. It’s always there and for me I think that’s what drives my work.

GUADAGNINO The part I hate most is actually shooting the film. You have to be there, seducing everyone the whole time. I always count the days, like an inmate.

Lisa, your first film was with Alicia Vikander (2010’s Pure). You discovered her. Was she a natural talent?

LANGSETH I found her and she had only done a small part in a very bad TV series that no one had seen. But when she came in, I said: “She has something.” We were shooting for weeks in my home, in my living room. Because we didn’t have any money. So it was just me and the camera and Alicia. I pushed her and pushed her. And she was completely open. She was just this dream material as a director because you could ask for anything and she just gave it to you because she wanted to do it so much. She went into it all the way. 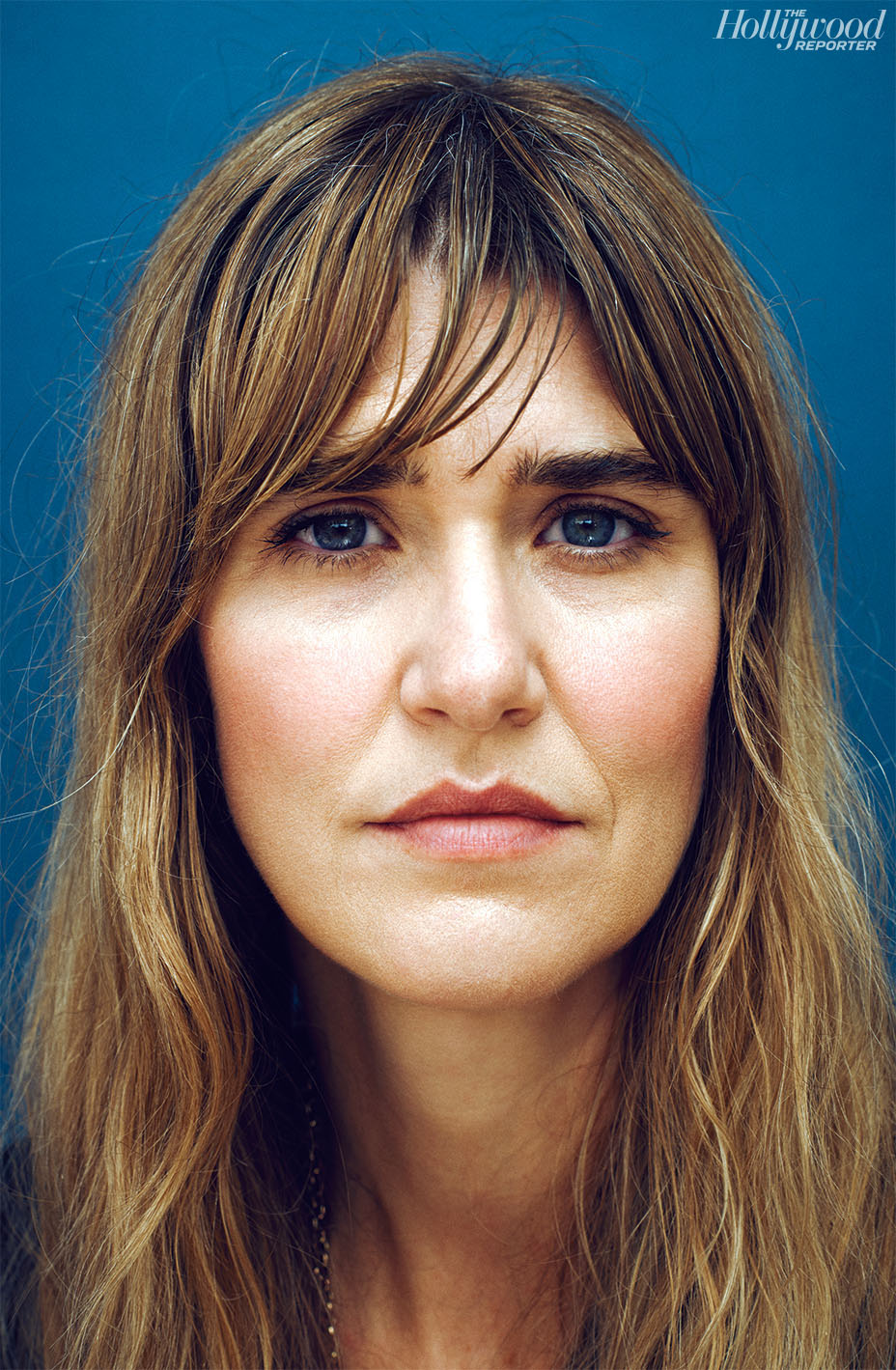 Janus, what was it like working with Shia LaBeouf, who plays John McEnroe in your film? He has a reputation for being difficult.

METZ He’s the most dedicated actor you could ever find. He comes in and he gives blood for the part. It creates a lot of intensity during the shoot but after the shoot, he’s the sweetest guy on earth. We used a lot of Shia’s personal experiences in his life, which is very similar to the experiences of John McEnroe’s life — a lot of the same type of controversy. I think that is when the cracks start to open and you get these moments. 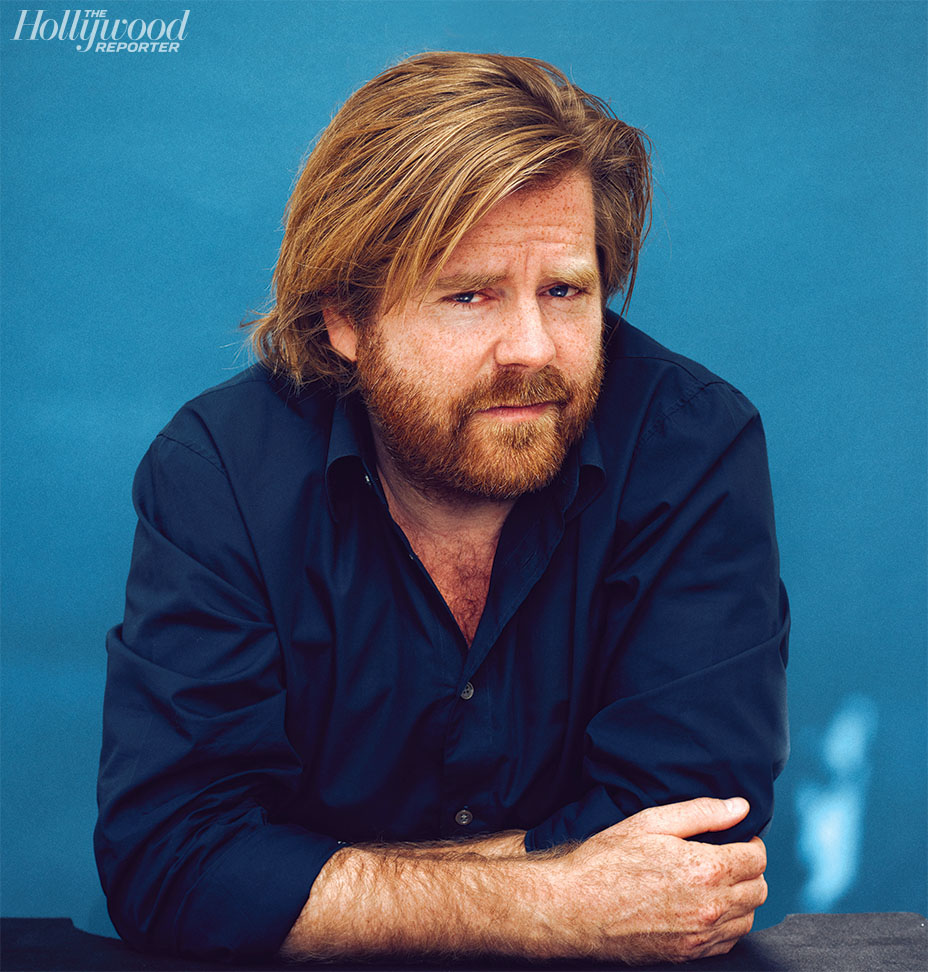 Rob, you’ve been in the business a while. What’s your assessment of the state of the industry right now?

REINER To me it is a bifurcated world we live in. There’s a studio system that is only making one kind of film and then there’s everyone else who is trying to make gold in the independent world. We can look at 1975 at the beginning of where we are now with the studio system. That’s when Jaws came out, and that was the first time a studio started thinking in terms of a blockbuster. Then two years later Star Wars came out and reinforced it. Now we have progressed to the point, if you put the word “man” and a number in the title, that’s a studio film. Batman 2, Iron Man 3, Superman 7, that’s all they make — tentpoles, cartoons.

GUADAGNINO But you have always had these sort of cartoonish and catastrophic films. The front end of the consumptions. I think of Airport, Towering Inferno. It has always been the same.

REINER Yeah, but studios made those films and they made others, they made all sorts of films. They made Kramer vs. Kramer, Ordinary People.

GUADAGNINO But a film like The Big Sick has made $50 million at the box office.

REINER And who financed it?

GUADAGNINO It was independently financed, but who cares about the studios? If we don’t get money from them, we get money from someone else. It is all cinema. It’s all images.

METZ From my humble little corner, this is what I think is interesting: Look 10 years back and all the Academy Awards were big spectacles, and now we are coming back to the smaller, independent, quality films: Moonlight, Manchester by the Sea, La La Land.

REINER All independently financed, none made by the studios.

METZ But I think there is a time now when good people are coming together again to make quality stuff again.

HAIGH I think it is easy to forget there is the American way of making films and there’s the European way. And you can get public money in Europe. You don’t have to have many executive producers. I get most of my money for my films from Europe, and I’ve found it a much easier process. The American system isn’t the only system. 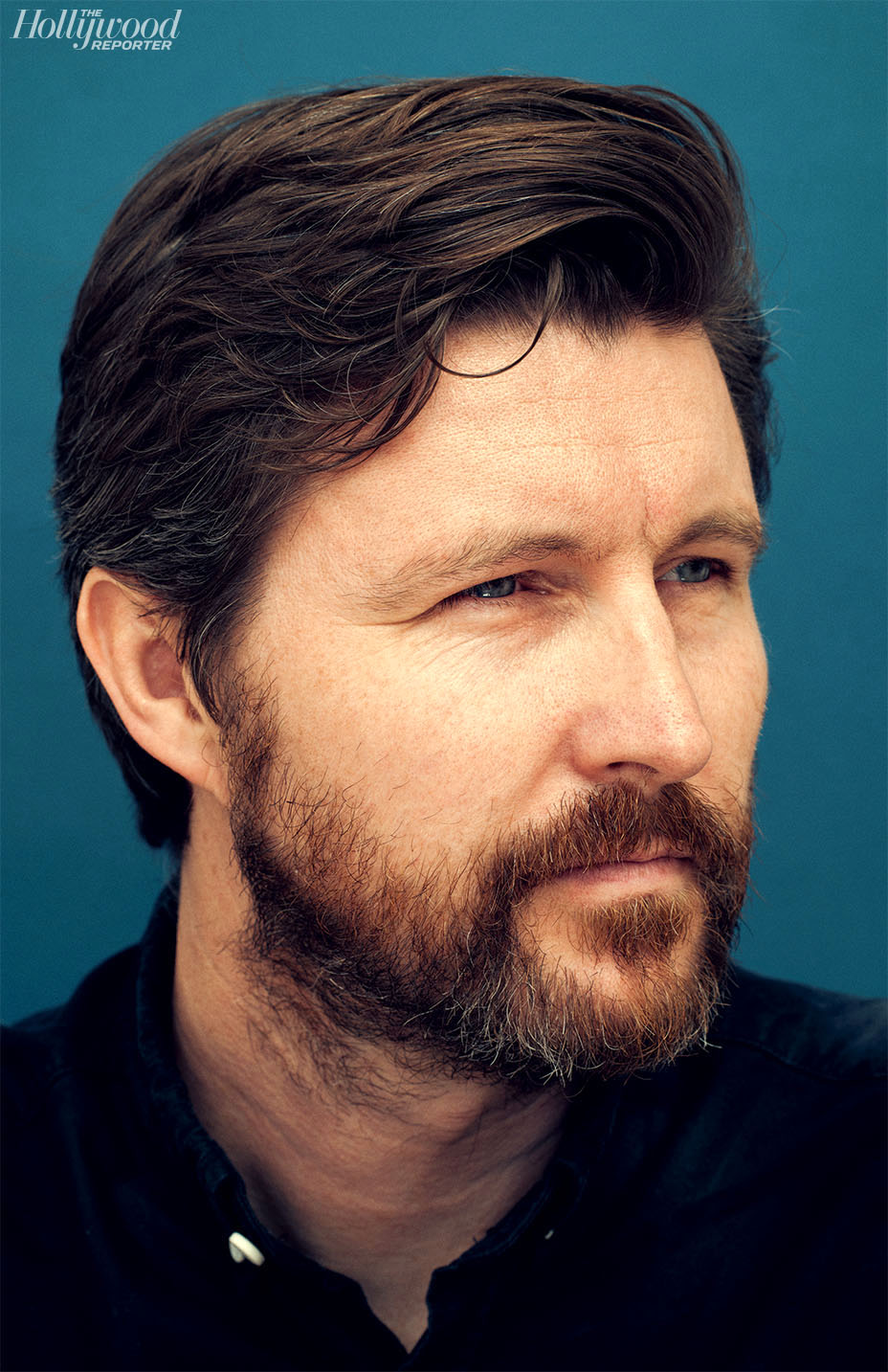 Rob, your new movie is about the WMD debacle and the march to the Iraq war under George W. Bush. But I was wondering, given what’s happened since, are you nostalgic at all for the Bush presidency?

REINER I mean, just in terms of who the president is right now, we have a mentally ill … I’m not saying anything that’s over the top: He’s mentally ill, he has major personality disorders, he’s a pathological liar, and he’s astoundingly stupid and bereft of not only any understanding of not only government or policy, but of any understanding of the world, and so from that standpoint I miss anybody. Let’s let this bottle of water be president instead. People are dying in Puerto Rico now because of his inability to respond there — but he hasn’t done anything proactively to cause the death of up to a million people and also drain our treasury of $2 trillion to $3 trillion, maybe $4 trillion on a war that shouldn’t have happened. So if you want to compare it from that standpoint, Donald Trump is the worst human being we’ve ever had as president. It’s an embarrassment for most of us, and most of us didn’t vote for him. 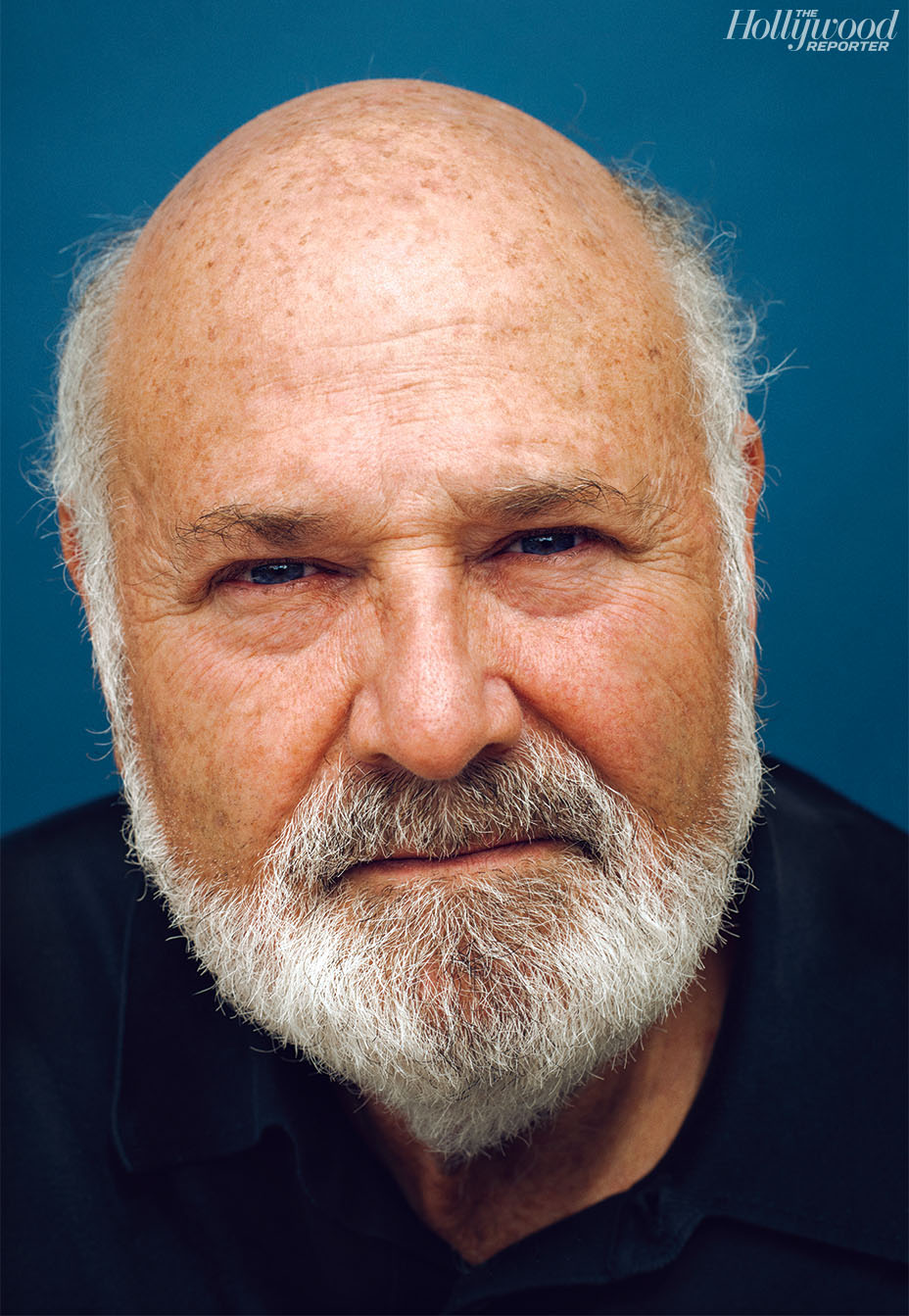 For all of you, what’s the passion project you want to do but haven’t been able to make yet?

REINER Working on it now, but I can’t say because someone might take it. I’ve been working on it for more than 50 years. It’s a big deal, I don’t know how easy it will be to put it together. We’ll see.

HAIGH Every film I’ve done has been my passion project. I can’t imagine doing a film that isn’t. My next will be a passion project. And so will the next. I don’t have hundreds of films I’m trying to make.

GUADAGNINO I’m trying to make films to fulfill my true passion project, which is to retire. [Laughter.]

HAIGH I’m with you. I’ll give it two more years and then be in the garden and sleep.

GUADAGNINO Now that I think about it, the film I am doing now, [the horror film] Suspiria, is my passion project because I’ve been wanting to make it since I saw the original, from Dario Argento, when I was 14.

HAIGH It can be very hard to stay true to what you want to do, especially as you start to elevate up a little bit — you have more agents telling you what to do, you get sent more scripts: “Jennifer Aniston is attached to this. Do you want to do it?” And you’re like: “Well I like her, but I don’t like the script, so …” There is a push to make you do something, and it is quite hard to battle that noise and stick to what you want to do.

GUADAGNINO I’d like to defend the agents because if you talk to them and really educate them with what you really want, they can be wonderful instruments to getting your film made.

REINER You are the first person to ever say anything nice about an agent!

METZ At the end of the day, agents want to make good work as well.

GUADAGNINO You have to make your ambitions become theirs. And it is interesting to see them play. It’s like lawyers, those people are made of a different piece of cloth. But they can be good.

METZ I need to meet your agent. 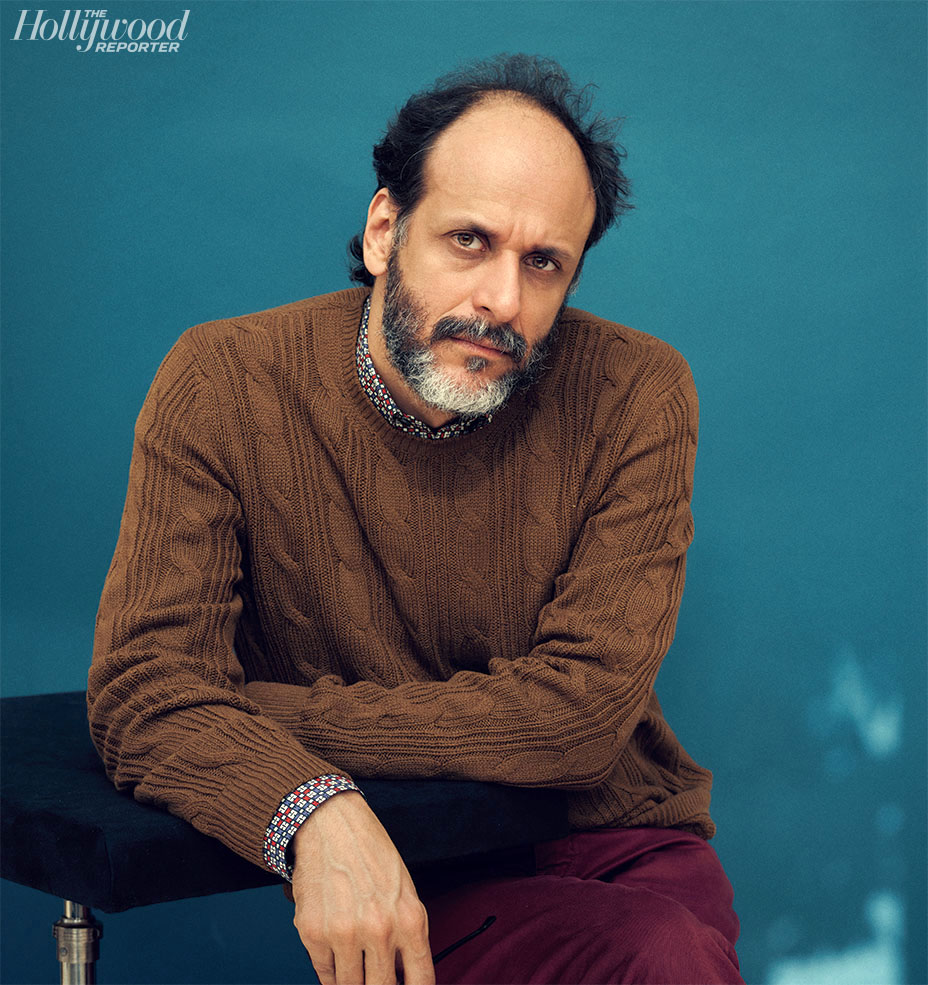 This story first appeared in The Hollywood Reporter’s Nov. 5 daily issue at the American Film Market.