Matthew Lopez’s magnum opus about what it means to be a young gay man in contemporary New York wears its debt to E.M. Forster’s Howards End with pride. Yet the work that casts the greater shadow is Angels in America. It’s there in the reflection on the HIV epidemic, the merging of reality with fantasy, the damage done to young lives by intolerance, not to mention the near seven-hour running time. And that shadow is unfortunate.

As enticing as the idea may be of a sister play to Tony Kushner’s Pulitzer Prize-winning landmark, The Inheritance falls well short of the bar. Stephen Daldry’s London production for the Young Vic, the two-part play’s world premiere, is elegantly staged and well acted by an engaging ensemble. Yet for all its boisterous humor and pathos, the play itself is a terribly unwieldy, ill-disciplined piece of work; this one is epic only in length.

The inspiration of Howards End seeps from every pore. Clearly Lopez is informed by the novelist’s humanism and well-worn plea to “only connect.” He has also borrowed heavily from the novel for his plotting and gone further by making Forster himself a character, here referred to as Morgan (Paul Hilton), a figment of a collective imagination that will help a group of young Manhattan friends tell their stories. Whatever the ingenuity, there remains throughout a niggling sense that you’re walking into a rather obsessive book club.

Chief among the characters are thirty-something Eric Glass (Kyle Soller) and his boyfriend Toby Darling (Andrew Burnap). Eric is a loosely defined liberal activist, decent and low-maintenance; Toby a vain, alcoholic, fiercely ambitious writer, with a flimsy novel under his belt which he is adapting for the stage. They live together in a rent-controlled Upper West Side apartment, Eric’s passed-down family home. 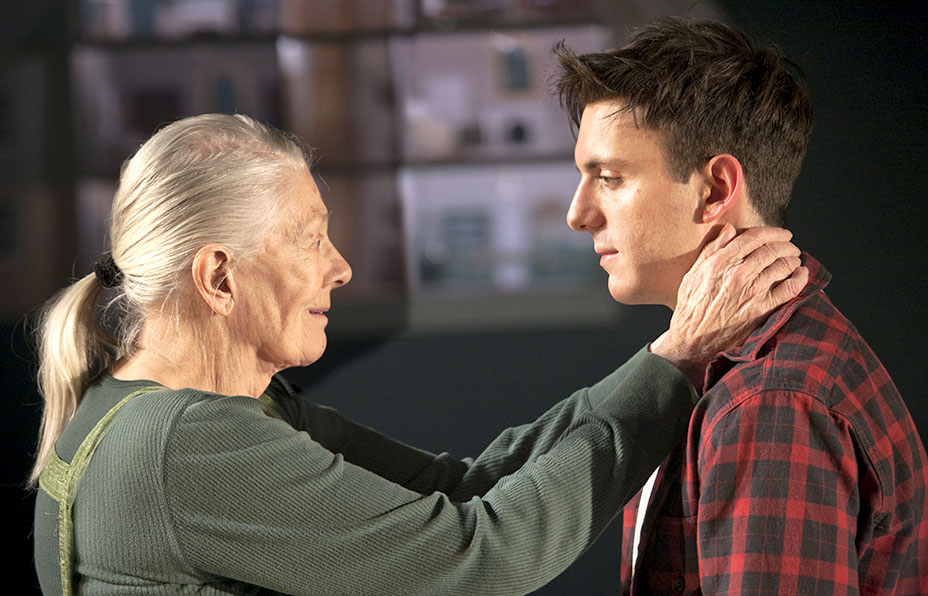 Though chalk and cheese, they have been together for seven years and have agreed to marry. Then Eric’s life starts to crash around him, as both his apartment and his lover slip through his fingers.

The play principally follows the two men as they deal with their lives apart. Eric is first helped through his grief by his friendship with Walter (Hilton again), a sickly gay man who tells him about his house upstate (never named, but we get the drift) which, years before, he turned into an informal hospice for men dying of AIDS; after Walter’s death, Eric grows close to his surviving partner, billionaire real estate developer Henry Wilcox (John Benjamin Hickey), much to the chagrin of his left-leaning friends.

For his part, Toby becomes infatuated with the star of his play, Adam (Samuel H. Levine), sees his career head south and strikes up a mutually dependent relationship with destitute rent boy Leo (also played by Levine). His narcissism conceals a deeply damaged, self-destructive personality.

Lopez’s theme, mostly served by Eric’s experience and soul-searching, is that today’s gay men have forgotten their connection to the past — both to the fight for gay liberation and the loss of an entire generation of gay men due to HIV/AIDS; in other words, they are forgetting their sense of community. In the play’s most powerful scene, Eric finally visits Walter’s house and encounters the ghosts of the men who died there; that scene and Walter’s legacy will be mirrored by Eric’s own, later plans for the property, as he forges those connections anew. 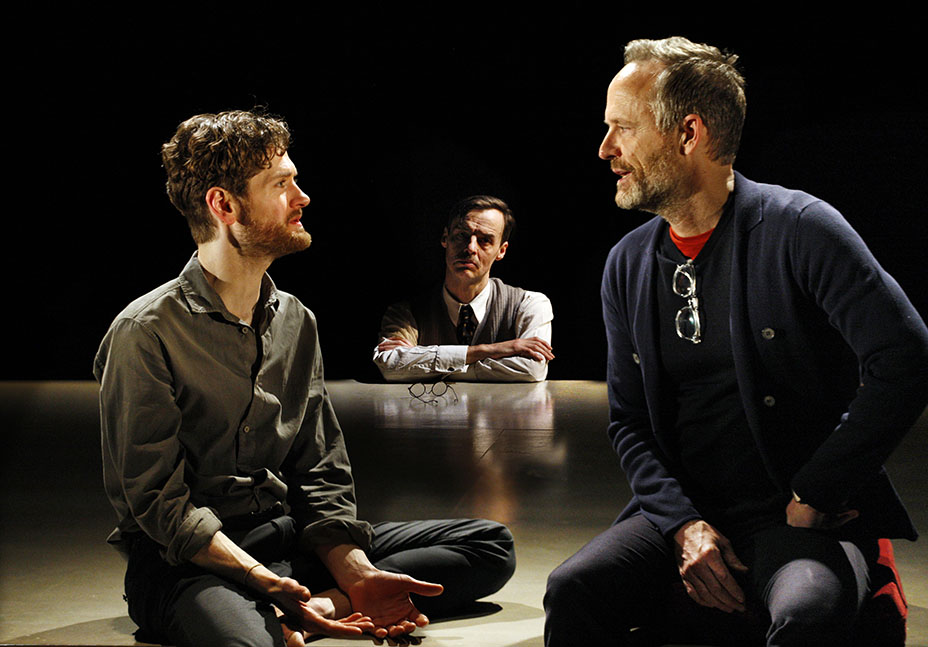 The problem of the play is that this theme could have been achieved far more succinctly and dramatically than it is. Aside from Toby and Eric’s separation, there is barely a story, only incident — a combination of comic vignettes, endless bickering and soapbox speeches that Lopez clumsily uses to make his points. On the one hand, too few characters have real meat on them; on the other, there’s way too much padding. Vanessa Redgrave’s typically classy cameo in the second part (the only woman in the cast, she plays the housekeeper who sees Eric’s connection to the house before he does) is undermined by an enormous and unnecessary monologue, which gets more unintentionally heartbreaking the longer it goes on.

None of which is to say that the production isn’t often very watchable. Lopez (The Whipping Man, The Legend of Georgia McBride) has a zesty comic energy to his writing, whether it’s a knockout line (“Eric had never been solicited for both sex and wisdom in the same sentence”) or Toby’s hilarious account of a Hamptons party in which he drunkenly ruins an encounter with Meryl Streep. Burnap, who handles the tragicomic Toby with aplomb, is invariably involved in the play’s wildest moments, among them his and Soller’s brilliantly choreographed, fully dressed and non-contact reenactment of sex.

Hilton lends a touching sweetness both to Forster (who obviously was never able to come out with the freedom of the young men presented here) and Walter; Levine expertly manages the very different dual roles of Adam and Leo, sometimes within the same scene; and Soller provides just the same steady, true presence here as did Emma Thompson in the more literal Howards End adaptation on film.

Bob Crowley’s set is simplicity itself, a large slab around which the actors sit and observe when not actively involved in the scenes. Daldry’s direction is equally economical, focused on the movement of the actors as their characters conduct their awkward romantic dances. If only the same economy could be applied to the script. There’s a good play inside this.