When Insecure returned to HBO in mid-April, after being off the air for nearly two years, the romantic comedy proved a welcome distraction for many seeking escapism. TV Academy voters who’d never fully warmed to the series took notice. The show landed a whopping eight nominations for its fourth season, including a first-ever mention in the best comedy race.

Showrunner Prentice Penny, who produces the series alongside creator and star Issa Rae, is thrilled about the recognition but also a little conflicted. After all, Insecure is an all-too-rare example of a series made by Black talent — a fact that’s been all the more apparent in summer 2020 as America and Hollywood confront systemic racism. Penny spoke with THR about the most recent season (which saw Rae’s character rekindling a romance with her ex while struggling in her friendship with Molly, portrayed by Yvonne Orji), playing it by ear while they wait on a production date for season five, and working with social justice activist Kendrick Sampson, who plays Rae’s love interest Nathan on the series.

We’re in the room, writing season five — on Zoom. Everything just takes longer than you think it’s going to. Obviously, so much of comedy comes from people being in the room together — but thankfully we’ve had pretty much the same team since the beginning, so that’s been a blessing.

You made a joke on Twitter the night of the finale about the show being back in 2040 or something, since the pandemic has thrown all production plans out the window. You’re obviously not a psychic, but what’s your personal comfort level on going back into production?

Yeah, everything changes day by day, week by week. We were supposed to shoot this year — and, like everyone, we got pushed to 2021. We have a lot of contingency plans for 2021, in terms of when we get to start, but we’re not steering the ship on that. Two months ago we were OK in Los Angeles and it was New York that was in the toilet. All we can control is the writing right now, so that’s what we’re focused on. 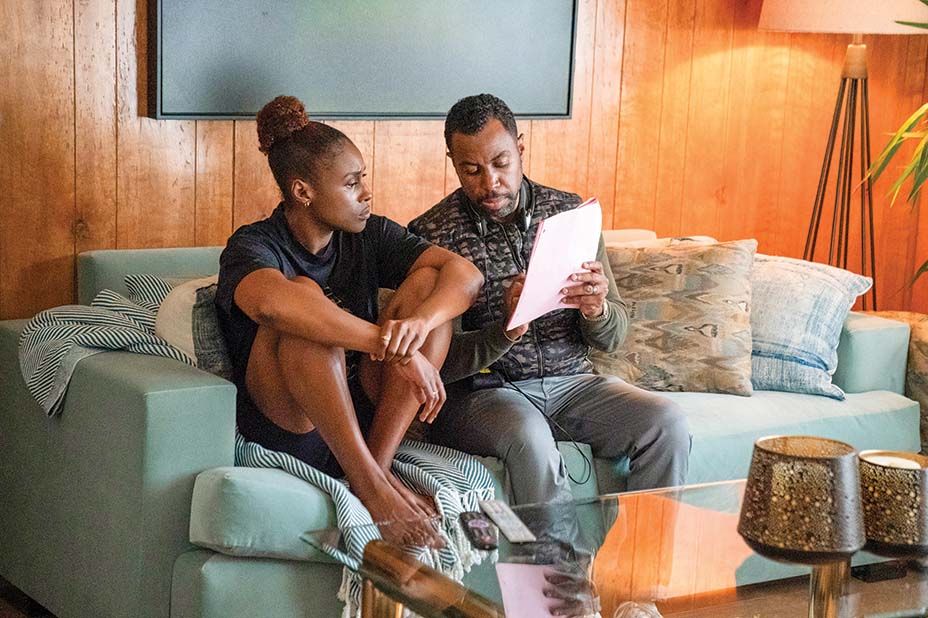 How much control do you feel you have in the writing right now, considering how different the world might look when you finally air again?

Without getting into the weeds of what we’re deciding to do creatively, the sweet spot of where the show has always existed, where we don’t ignore what’s happening in the world, but we can take a very micro view of specificity to Los Angeles. Our show started in the Obama age and into the Trump age, so we’ve threaded a fine line of where the world has been. We never like to give anything too much power. We’re not that show. But part of our show is about dealing with social, cultural and political things. We still want to have a show that’s about Black love and Black beauty. We need to reflect that, because the idea of being a spokesperson for Black pain or what’s happening would really pigeonhole us. We’re trying to write it like there’s something in the air that’s been happening.

How much have you been talking to Kendrick Sampson this summer? He’s been such a huge presence at the Los Angeles demonstrations and is basically in the running for Time‘s person of the year at this point.

All of the cast and producers talk pretty regularly. But we check in on him, just to see how he’s doing personally, because it’s a very different thing he’s doing than he was before, of “I’m going to go advocate for this thing.” He is in it.

Obviously, we’re all excited and caught off guard. This is the fourth year of a show, so I just started to think that we’re one of those shows that would be overlooked. We’ve had other awards, but the Emmys weren’t something we were really a part of. I’m super happy, but I’m conflicted. I don’t want to feel like we’re getting this now because of what’s happening in the world. We shouldn’t need things like George Floyd for people to pay attention. So I have a weird connection to it, at least today, because the show deserves to be up there.

What have you been watching over the past few months that you’ve really liked?

I didn’t really get to see season two of Succession until the pandemic. Season one was amazing, and season two is even better. It’s just so good. Everybody in that family is the worst, but those performances are so great and so cringeworthy. To have a show that is that funny and have it work so well, not a lot of people could thread that needle, tonally. I just rewatched season two again. I finished it last night. And I don’t ever rewatch a season. 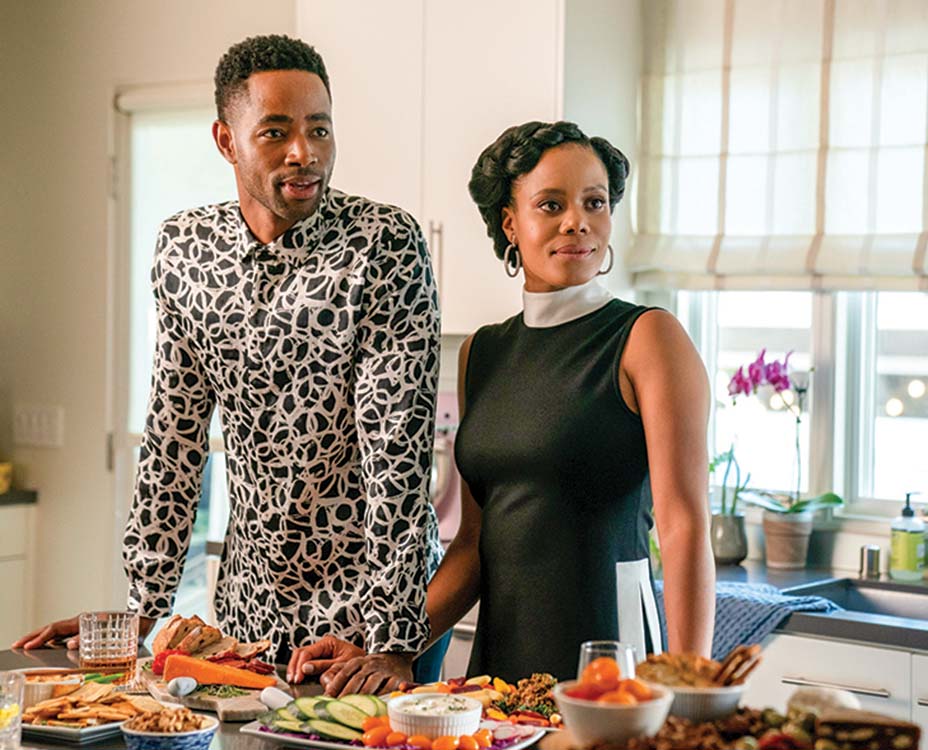 You always find a way to put a show within the show every season. What made you pivot to a podcast with Looking for LaToya?

Every year we try to find the show within a show, and it always happens super organically. We were talking a lot about true-crime podcasts in the writers room — and when Black women go missing, a lot of times nobody goes looking for them. Black women sort of feel forgotten. So it became a bit about, “What if they were looking for us?” and just always getting the facts wrong. It kind of snowballed in the funniest way.

I appreciate that you actually released the podcast online.

That was all Issa’s idea. 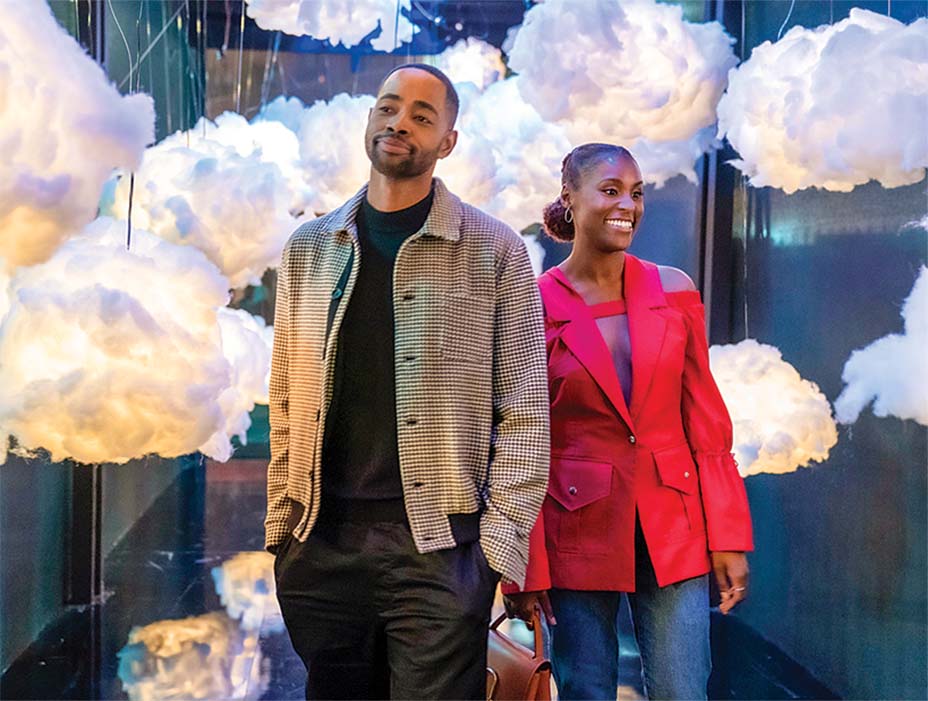 And the Odd’s Are…

What’s most confusing about Insecure’s 2020 Emmy nominations is that it’s the first time the HBO series has been nominated in earnest. Maybe Veep or Silicon Valley overshadowed it in the past, because the critical favorite has only ever managed one nomination for star Issa Rae and two for cinematography. Cynics might say that this year’s eight mentions — including performance noms for Rae and Yvonne Orji — are a response to the summer’s social justice reckoning and renewed calls to empower Black Hollywood talent and storytellers. But the fact remains that Insecure is a wildly popular series with a broad fan base, within the industry and outside it, that previously had to fight for network attention with comedy behemoths like Julia Louis-Dreyfus’ political satire. It was always a big fish, it’s just competing in a smaller pond now. And it could easily find its way to a win. — M.O.

“Some of Insecure‘s best work is in its satire, as when Issa’s anti-gentrification Block Party is unexpectedly taken over by white patrons, or in Issa’s raucous sex with a plus-size male TSA agent, which parodies stereotypes about hypersexual fat women. My favorite thread of the season is the characters’ obsession with a Serial-meets-Surviving R. Kelly true-crime documentary franchise called Looking for LaToya. … The HBO comedy is as funny as ever, but I miss its lighter spirit.” — ROBYN BAHR, APRIL 10