Insecure fans may have been surprised when they tuned in to the fourth season and quickly learned that the HBO comedy’s central pair of friends, Issa (Issa Rae) and Molly (Yvonne Orji), were seemingly on the outs. Orji herself was also caught off guard when she learned of the storyline before the fourth-season table read. “I did not realize the full extent until we got a couple of episodes in,” she says. “And I was like, ‘Wait, hold up, guys. How does this end? Do we get better?’ “

Orji, who earned her first Emmy nomination for supporting actress in a comedy this year, didn’t anticipate viewers taking sides.”It was very visceral,” she says. “I didn’t realize that Molly would be villainized this way.” She spoke to THR about the emotional challenges of this season and where she thinks Molly’s journey takes her next.

Emmys: 'Insecure' Star Yvonne Orji on First Nom: "All of That Molly Hate This Season Actually Paid Off"

What does it mean to you to be nominated in a year in which Black actors earned a record-high percentage of acting nods?

I don’t know if it’s the pandemic that has everyone at home and watching so much more. There’s so much good content being created or personified, by people of color included, and a lot of times we don’t get those eyes on us. And in this moment, you binge-watch one thing and someone [suggests something else they] discovered and word-of-mouth spreads. We didn’t have to be a best-kept secret; we didn’t have to be overlooked.

What was one of your most challenging scenes to film this season?

Episode nine, after Molly sends that text and has to meet Issa outside and confront what they have both been avoiding. Getting to a point where you have to have that conversation with somebody you love or loved is so hard. And then watching Issa well up and get in a car and drive off. Emotionally, that was a hard thing. Also physically — it was one of the coldest L.A. nights. Issa was terribly sick, and as her friend I wanted to get this done so she could go to bed. Those tears were coming from a lot of different places. Kerry Washington, who directed that, wanted those believable moments and to feel like this is the end — if this is a breakup, this is how you do it — and pushed us to do our best. And in episode 10, you really see [Molly] in this devastated mode. When Andrew [Alexander Hodge] asks her what she’s fighting for, she has no words because her world is crumbling. Those [episodes] almost broke me. 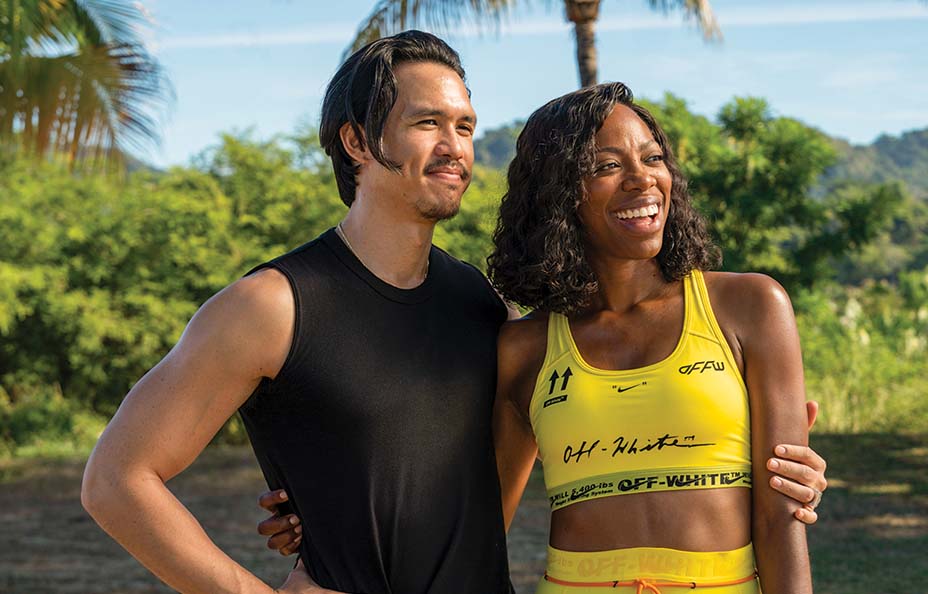 You’ve said Washington really pushed you. What do you think she was able to bring out in you?

When you’ve played a character for so long, it’s easy to put on their mannerisms and expectations of who they would be. And then you get someone who is a fan and new to directing these characters, and she won’t let you just put on the coat that you’re used to. The same thing with Alexander Hodge: He comes in with new energy, and it sharpened me. Watching his process made me want to be even better.

What is Molly feeling when she reunites with Issa in the last scene?

Molly realized she was fighting to maintain a bit of herself and realized that is gone, and possibly because of her doing. They’re an extension of one another — I should be fighting for my girl, and I’m over here just trying to hold on to what I know, [which] may need to be reworked.

Molly initially didn’t want to date Andrew because she saw herself with a Black man, and she talks to her therapist about letting go of things. How will that relationship with Andrew affect her willingness to compromise?

She was getting in her own way — and not because she can’t have her preferences, but she was so rigid in her expectations. I think she found that Andrew’s really good for [her]. Her friends were trying to expand her world and give him a chance. And she may end up with a Black guy. But at least she has this experience to say, “I’m still growing, even in what I want and what I expect.” I think all the relationships you have in your life lead you to the one that should be right for you. She needs to continuously stay in therapy because she’s being challenged in a way that is not judged. When a therapist tells you something, you may think, “OK, I need to sit with this for a while.” That’s hopefully where she’s going to find herself, on that perpetual journey, regardless of who she ends up with.