Alamo Drafthouse’s new Los Angeles location opened downtown at The Bloc on the 7th Street corridor in July, but the red carpet did not get rolled out in front for another three weeks. Per founder and CEO Tim League, the delay was by design.

“Never throw a grand opening party on day one,” he told The Hollywood Reporter at sundown on Thursday as the first bold-faced name to make the media rounds ahead of the hip event. “We use that time as a training period. We’re invested more in overall training to develop our people and it helps to make sure that we don’t make a mistake on somebody’s first visit.”

In lieu of errors, the Alamo Drafthouse L.A. team filled the venue with auteurs, actors and experiences — lots of them. The venue, Drafthouse’s 40th location, boasts 12 theaters, and inside 10 of those were customized attractions for the hundreds of revelers making the rounds. After passing by and posing in front of a giant pink elephant, guests grabbed food and drinks in the lobby bar — known as Video Vortex (more on that later) — before taking the escalator upstairs to theater row.

A good portion of the guests milled around in the lobby, playing video games (courtesy of free credits!), sampling beer and cocktails and rummaging through Video Vortex’s collection of films, which are available to rent free of charge. League said he knows just how bold a move that is in today’s streaming-obsessed entertainment landscape. “If you go to Netflix right now, there’s literally only 500 movies before 1980 on the service. We have 41,000 movies before 1980 right here,” explained League, who founded Alamo in Austin in 1997 with wife Karrie League. They now have locations everywhere from Brooklyn to El Paso, Texas, to Kansas City to Raleigh, North Carolina. “It’s important to have access to an incredible array of films,” said the exec. “We’re able to do it because we are already paying the utilities and we’ve got people at the box office. So there’s really no extra cost other than acquiring the library in the first place. The bar was built around this collection, and it’s a unique idea that draws people here and hopefully keeps them coming back.”

Chandrasekhar didn’t need a reason to return. He just loves the brand. “Alamo Drafthouse shows our movies and they do very well,” he explained, referencing his Broken Lizard team, which has delivered such cult comedy classics as Super Troopers and Beerfest. “When they said they were opening one here, I said, ‘What can I do to help?’ Places like this create these communities of people who are very rabid fans … because they pay attention to the specifics of movies and how to create an environment where that is celebrated.”

Middleditch agreed, elaborating that Alamo Drafthouse supports fresh voices on the filmmaking scene: “It’s a breath of fresh air in a world where most of the time you watch a movie and you know how the movie ends the second it begins.”

The culture of moviegoing was much on the minds of many of the night’s guests as recent headlines have detailed the dire straits of the exhibition business. Luxury chain iPic has filed for Chapter 11 bankruptcy, while Laemmle is reportedly up for sale. “Any excuse to get more people out to watch movies at a cinema is really important to me,” said Smith, who recently directed episodes of Amazon’s Hanna. “The idea of making it a date night and making it an event is really exciting. Drafthouse does that really well.”

League said it’s been an important part of Alamo’s objective since day one. “Every single person in the building has the same mission: sharing the movies we love with as many people as possible and making sure it’s a great experience. We know there are a lot of things that compete for your time and entertainment. We want people to come here and say, ‘Oh, my gosh, the people who run this are in love with movies and I want to be a part of this.'”

Bell, who stars in Quentin Tarantino’s latest pic, Once Upon a Time in Hollywood, seemed giddy about checking out the new Alamo digs and the posters for her frequent collaborator that lined the walls inside. She recalled what it was like growing up on Waiheke Island in New Zealand, where they didn’t have a multiplex: “We didn’t even have a supermarket, but we had a little town hall and the first two movies I can visually remember seeing were The Neverending Story and The Wizard of Oz. They were [screened] in this hall with a bunch of fold-out chairs and my memory is it was a big sheet, though it was probably not a sheet. There were a bunch of us little kids eating buckets of lollies. That would happen once a month and the whole island was like, ‘Ooh, cinema! I’m going to go see a film on a bedsheet.'” 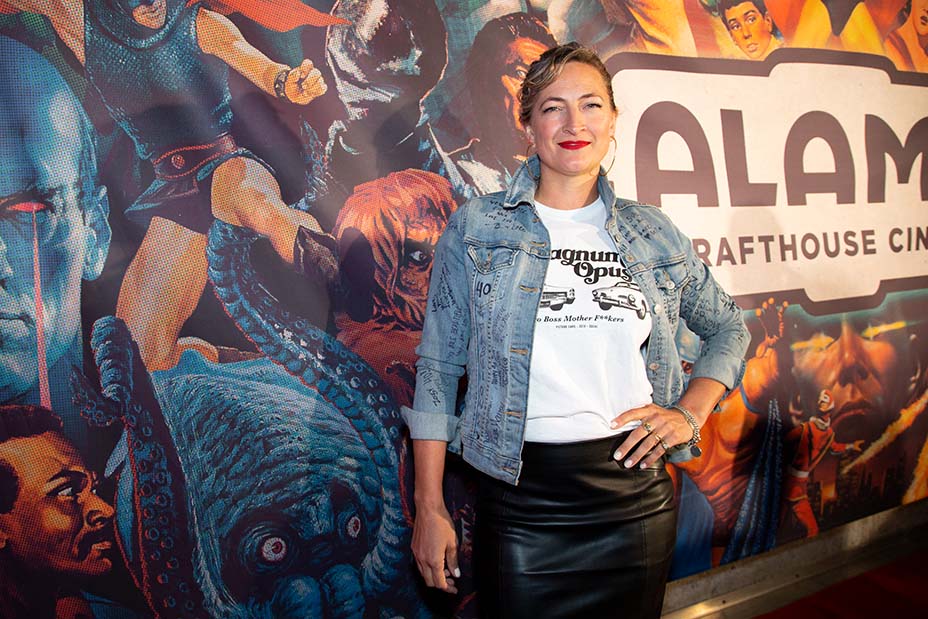 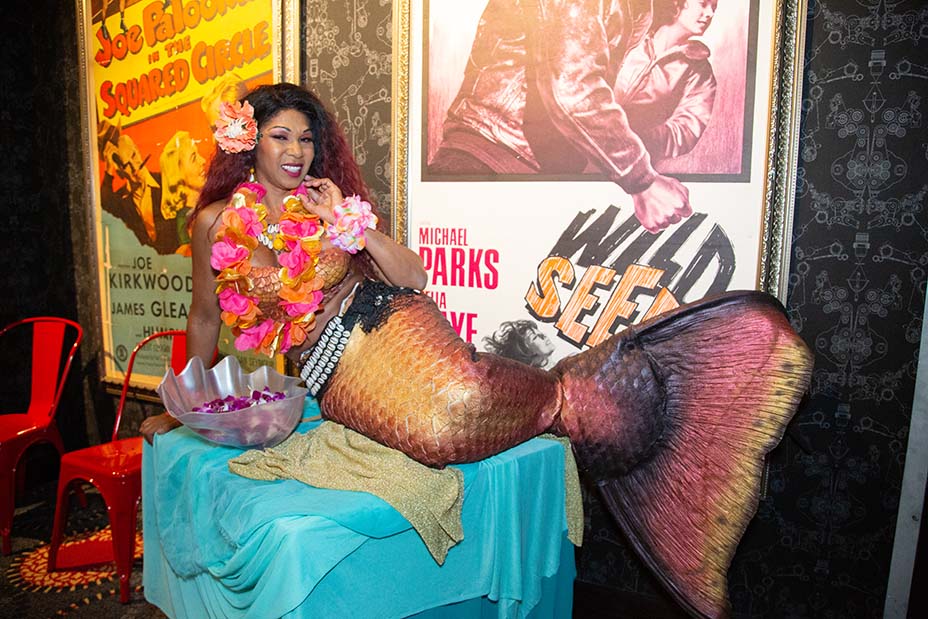 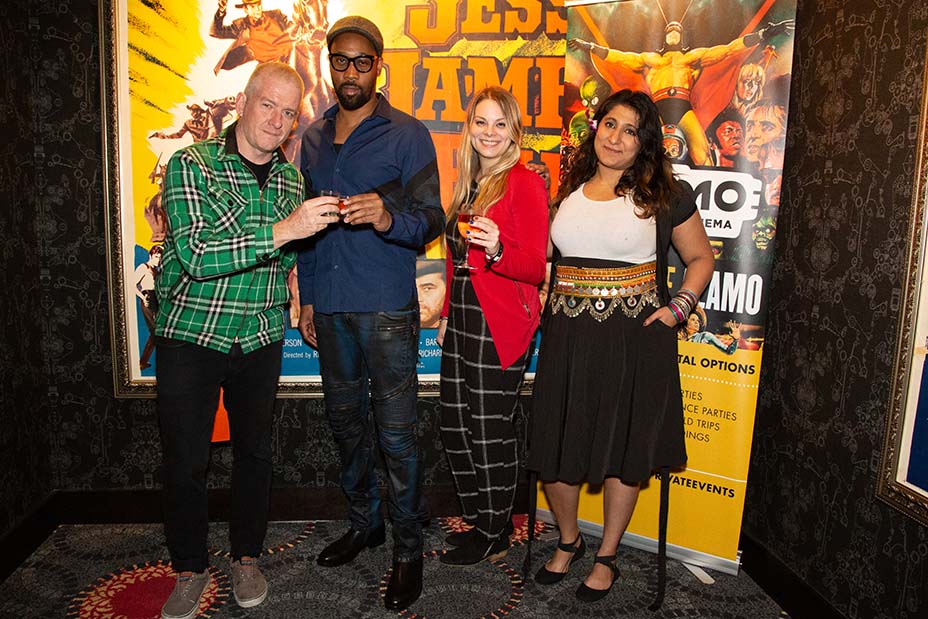 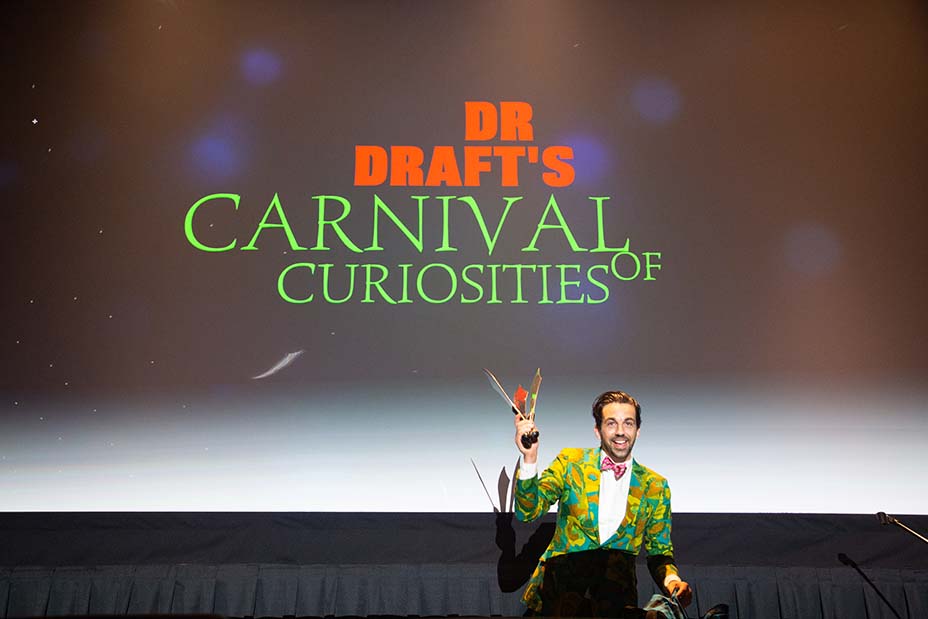 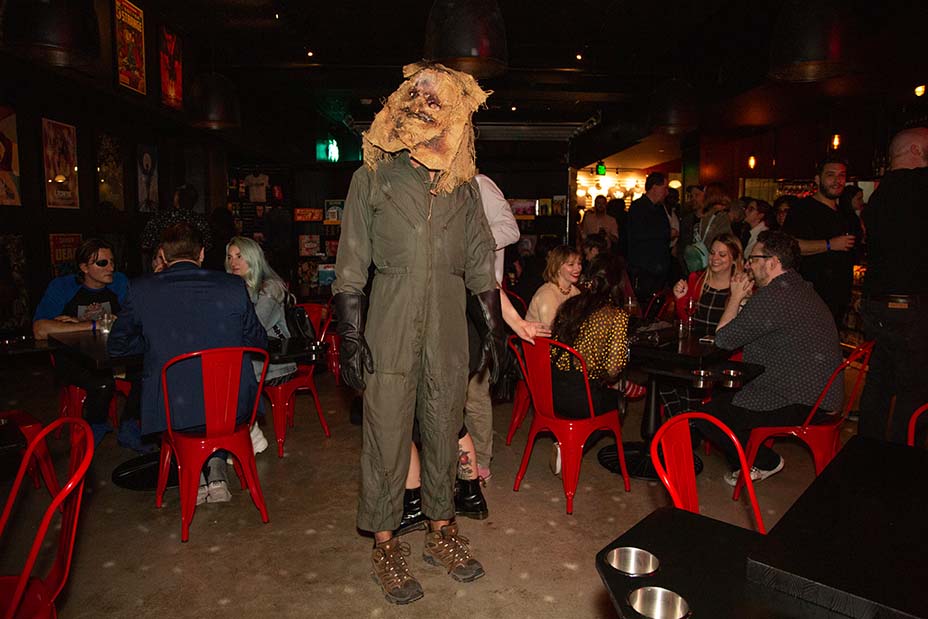 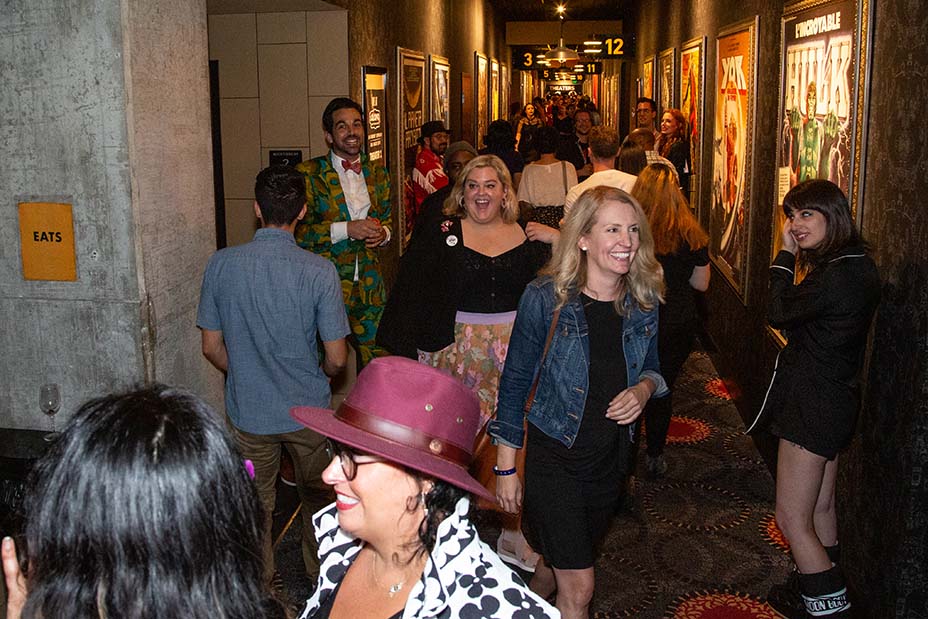