This year’s Consumer Electronics Show (CES) featured plenty of self-driving vehicles like in previous years, but in 2019 another theme emerged among the cars on display: upgrades that are highway-ready, like luxury electric cars and changes to the in-seat entertainment experience.

Audi mixed the two by turning the backseat of their all-new, electric SUV, the Audi e-tron, which features Disney and Marvel’s Avengers: Rocket’s Rescue Run, an in-car VR experience for backseat passengers only. While attendees couldn’t buy the game, as it is in prototype only, those interested can plunk down a $1,000 dollar deposit for a spring 2019 delivery on an e-tron.

Audi created and spun off a company, Holoride, to develop the technologies needed to create a real-world, real-time experience that affects the game. Players strap on the headset and buckle up their seatbelts to play, with the gameplay being affected by a (virtual) driver in front hitting speeds of 90 miles an hour around the hairpin turns of a racetrack on the outskirts of Vegas. 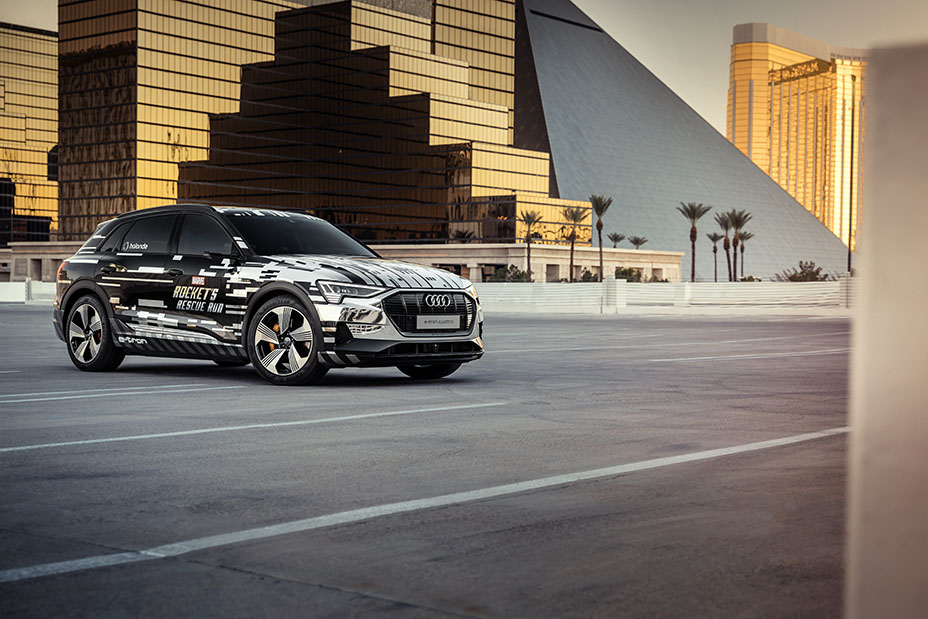 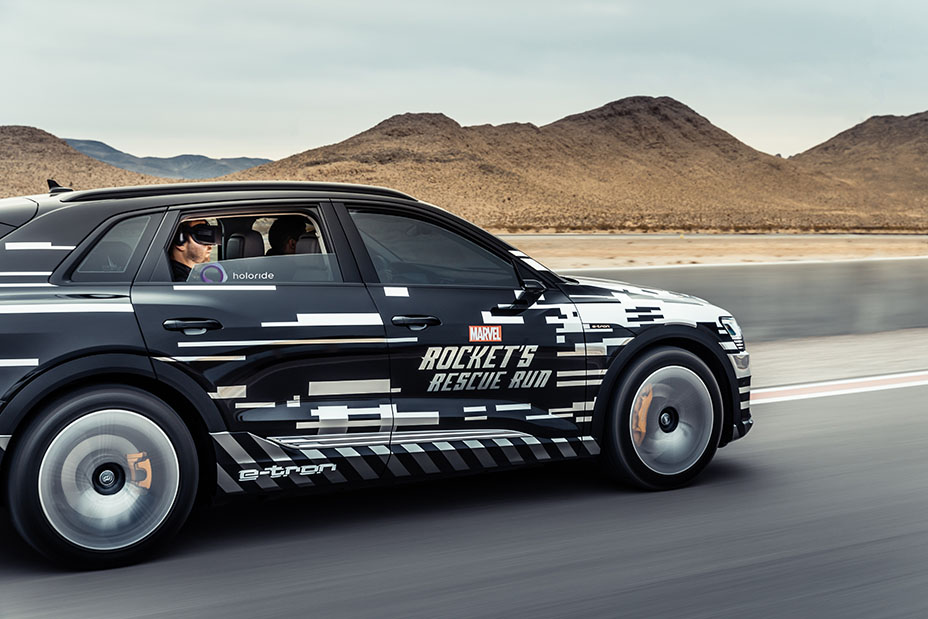 Nils Wollny, Audi’s head of digital business and future CEO of Holoride, explained that the experience is especially immersive due to shorter game movement latency (less lag time) and the adaptive nature of the gameplay, based on the vehicle data. An end result is a lot less nausea. That lower percentage of nausea, says Wollny, has real-world applications for backseat entertainment that could change work-productivity functions and educational applications. Audi dubbed this new media modality “elastic content” and is placing a big bet on the tech by seeking venture capital.

Mark Del Rosso, president of Audi of America, talked to The Hollywood Reporter exclusively about their electric e-tron: “The market has clearly shifted from a preference point of view from sedans to SUV, and the e-tron’s position will let it strike at the heart of the premium SUV market. If you look at it from a styling and from a performance perspective (and the fact that it’s an Audi) it has the best of all worlds. I think the opportunity is boundless for the vehicle. And I wouldn’t want to start with any other product than the e-tron, especially going into the SUV segment overall.”

When asked about the new e-tron GT— a sleek four-door coupe and competitor with the Porsche Taycan (to be seen in the upcoming Avengers Infinity War: Endgame) and their overall premium electric car — Del Rosso referred to Audi’s declaration that 30 percent of their product would be electric by 2025. 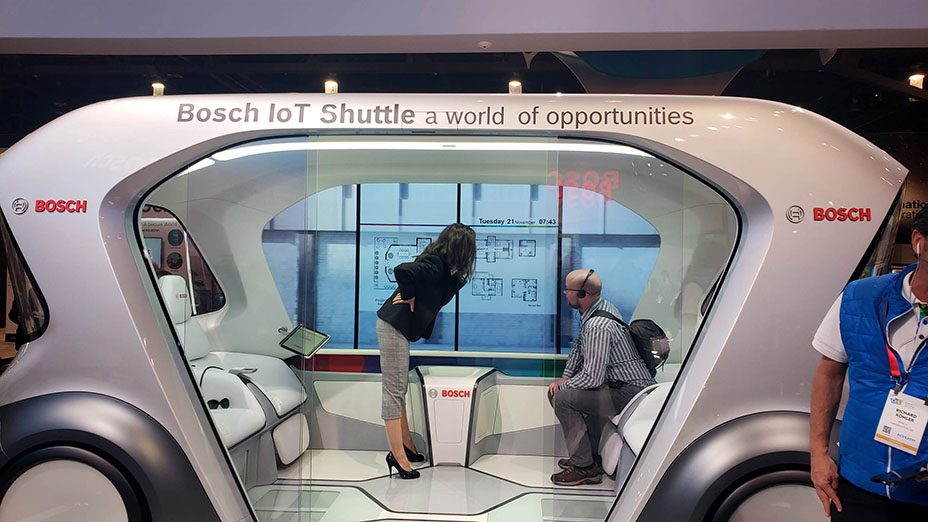 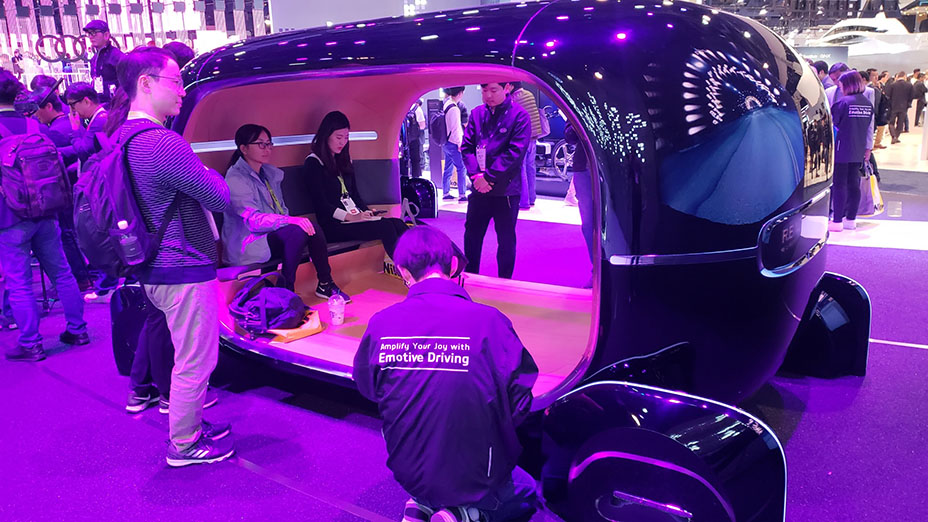 CES proved that the backseat has become the new entertainment battleground. Honda showed off a prototype of their new Honda Dream Drive: Passenger app, which allows riders to watch movies, listen to music, read original comic stories, use travel applications and control the radio and other features — all from a mobile device.

Intel predicts the forthcoming “passenger economy” will free up more than 250 million hours of commuting time per year and create a $200 billion market for applications used to pass the time. Since Intel purchased Mobileye (a company it worked with to develop self-driving technology) for $15.3 billion in March 2017, they’ve developed advanced systems to provide warnings and prevent collisions.

Creating a revenue stream for autonomous vehicles is a major focus for carmakers and entertainment companies, demonstrated by Intel, Warner Bros. and DC Comics’ in-car entertainment prototype. Using a retrofitted 2019 BMW X5 — equipped with large-screen TVs, projectors, sensory and haptic feedback devices, immersive audio and lights — on a virtual ride moderated by Batman’s butler, Alfred Pennyworth, Intel is hoping players will be as interested in Batman in the car as at the box office (Ben Affleck not included).

But CES this year was also about the cars themselves, seemingly in an attempt to supplant the Detroit Auto Show as winter’s main launchpad for new vehicles. Nissan showed off a neat electric concept, the Nissan IMx, and the newly updated Nissan Leafe+ that comes with a larger battery pack (62kWh) and can go up to 226 miles on a charge, due to go on sale this spring. Hyundai showed a mockup one-eighth-size version of a walkable car, the Elevate. Chinese electric car company Byton had a big show of their new M-Byte and K-Byte models, the latter a small SUV that goes on sale in late 2019.

Mercedes Benz showed an all-new CLA Coupe that goes on sale in late 2019, as well as the U.S. debut of the EQC, their electric SUV set to hit the U.S. market in 2020. The Mercedes-Benz EQC featured no funny doors, no weird quirks, no cowbell mode — just teutonic design flourishes and a ride seemingly as safe as a bank vault. At CES, the future of automobiles seemed to be all about luxurious crossovers that happen to run on electricity. 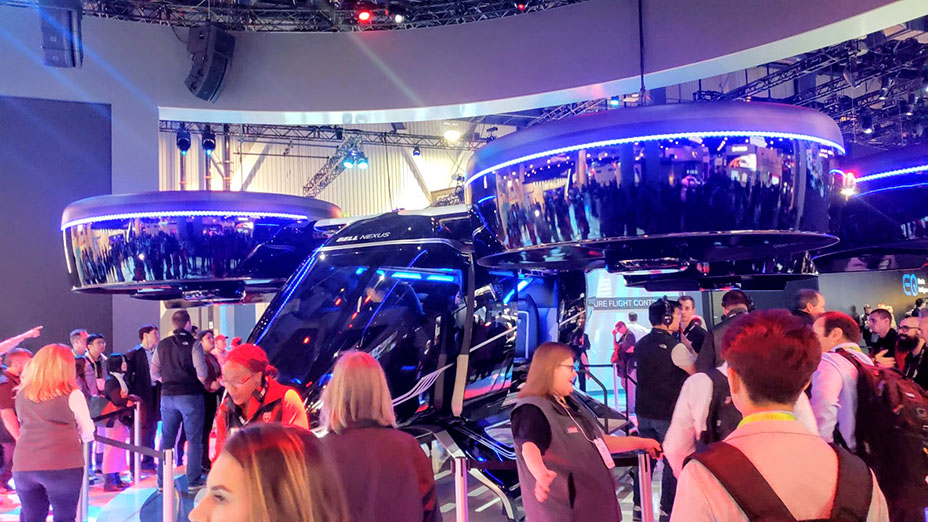