For the third year, CAA hosted its three-day Amplify leadership summit focusing on diversity and multicultural issues across entertainment, sports, tech and politics, accompanied by a star-studded group of speakers. Held at Ojai Valley Inn in Ojai, California, the conference’s headliners included Michael B. Jordan, Jamie Foxx, Hasan Minhaj, Riz Ahmed and Eva Longoria, all of whom took the stage on Tuesday.

During their conversation, Jordan and Foxx presented the first footage from their upcoming Warner Bros. film Just Mercy, which tells the real-life story of civil rights defense attorney Bryan Stevenson and his first case, trying to free an innocent black man sentenced to death. The movie is the first made under WarnerMedia’s company-wide drive for more diverse hiring and is set to hit theaters in January. 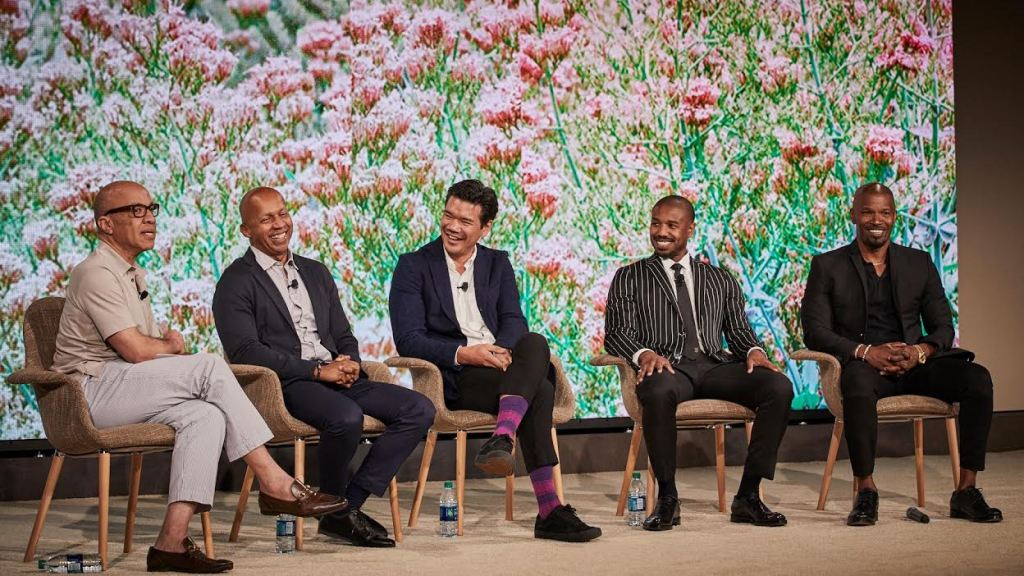 Amplify, put on as a collaboration between the CAA Foundation and Ford Foundation, welcomed more than 20 speakers in its daylong presentation, and had some A-list attendees in Yara Shahidi, Randall Park and Storm Reid. Here are some of the summit’s highlights:

The comedian, basketball superstar and Always Be My Maybe director kicked off the summit with the first conversation of the day, talking diversity, politics, and upcoming projects.

Khan discussed how her new Netflix rom-com broke the mold with two Asian leads in Ali Wong and Park, saying that “special things happen when you center people who haven’t been centered before,” creating out-of-the-box layered performances.

In her own experience, the helmer, who also co-created Fresh off the Boat, said she’s seen big changes in recent years for women and people of color behind the scenes.

“Even 15 years ago, 10 years ago when I was writing on other people’s shows, I was the only woman in the room or one of two women in the room, definitely the only gay person in the room, and definitely the only Persian person in the room, so it is shifting in all of the right directions — but there’s so much more to go,” Khan told the crowd. “My bosses were always white men. I never worked for any women or people of color in terms of showrunners, and now you take stock and look around and look at all of the content being created, and you see there’s so many more choices and so many more POVs that are necessary.”

Patriot Act host Minhaj talked about how politics have taken over pop culture in recent years, and how positives have come out of the current heated political climate.

“I’ve seen that in the [NBA], I’ve seen that with artists and athletes, everyone using their platforms to talk about this stuff,” he said. “That to me ultimately is a good thing, you didn’t have that five years ago. Now there’s a ton of attention on it and this next year is going to be hyper, especially with the 2020 election coming up. So I see it as an opportunity.”

NBA star Paul, currently of the Houston Rockets, used the panel to discuss how the representation on Black-ish “really hits home for me” and tease at upcoming projects with his Oh Dipp!!!! production company, with his lacrosse documentary Crossroads out last summer and content on plant-based diets and family game nights coming soon.

The Night Of star led the Amplify afternoon session with a passionate speech about Muslim representation in Hollywood and his daily fight against discrimination.

Minhaj brought Ahmed onto the stage, joking, “I can’t tell you how flattered I am to be mistaken for you on a daily basis.”

On a more serious note, Ahmed discussed how for 15 years he’s been consistently stopped, searched and interviewed at airports because of his race, and just last month, was headed to a Star Wars convention in Chicago when Homeland Security stopped him from boarding the plane.

Adding that the easiest way to win elections today is with Islamophobia, Ahmed called for improvement in how Muslims are represented, starting with research and data, creating a framework and building institutions that people like he and Minhaj can support. 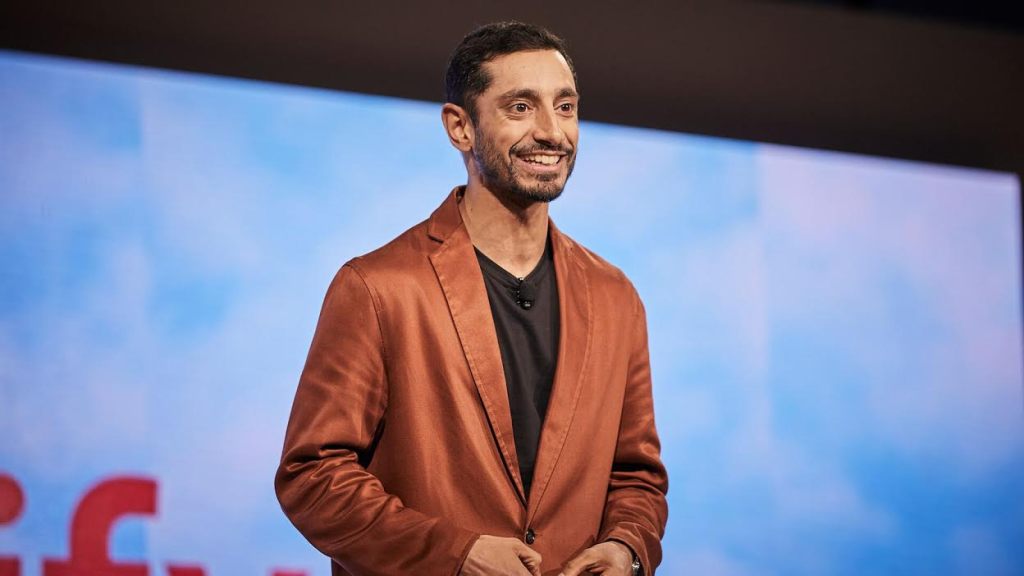 Longoria had the last session of the day, diving into her role as a producer, director and a founding member of Time’s Up, and taking the stage with her one-year-old Santiago on her lap. Much like Ahmed, she said her fight today focuses on women and the Latinx community, as “Latinos are Public Enemy No. 1 right now.”

“Latinos are synonymous with ‘illegal,’ with ‘immigrant,’ with ‘rapist,’ with ‘murderer,’ with ‘drug dealer,’ so part of our job here in the media is to change that image and that’s what I try to do with my production company,” the actress continued. Her most recent project is the new ABC drama Grand Hotel, which made her mission to staff with women and people of color behind the camera. Most importantly, she had her mind set on a female DP.

“The studio sends you Tom, Dick and Harry, and I interviewed Tom, Dick and Harry and they’re great, but I was like, ‘Is there a female list?’ And they were like ‘Oh, yeah,’ so they sent me a list and we ended up hiring Alison Kelly, who was more than qualified,” Longoria explained. “She was a unicorn in our industry to have a female DP on a series, and she then in turn hired women in the camera department.” The EP also staffed female directors, followed by directors of color and then, for any remaining spots, white males.

“People are like, ‘You’re just doing it to check a box’ and I’m like, ‘No, I’m consciously hiring women as opposed to unconsciously ignoring them,'” she said.

As for Time’s Up mission, Longoria said that they need male allies to change the system, but at the same time, she doesn’t think women should be responsible to educate them.

“We’re just finding our footing and our liberation in speaking out about these issues,” said Longoria. “Men have to figure out how they can navigate women having a safe workplace, and I don’t think it’s that hard, a lot of it is common sense. … This movement isn’t about us, it’s about our male allies changing the culture in workplaces.” 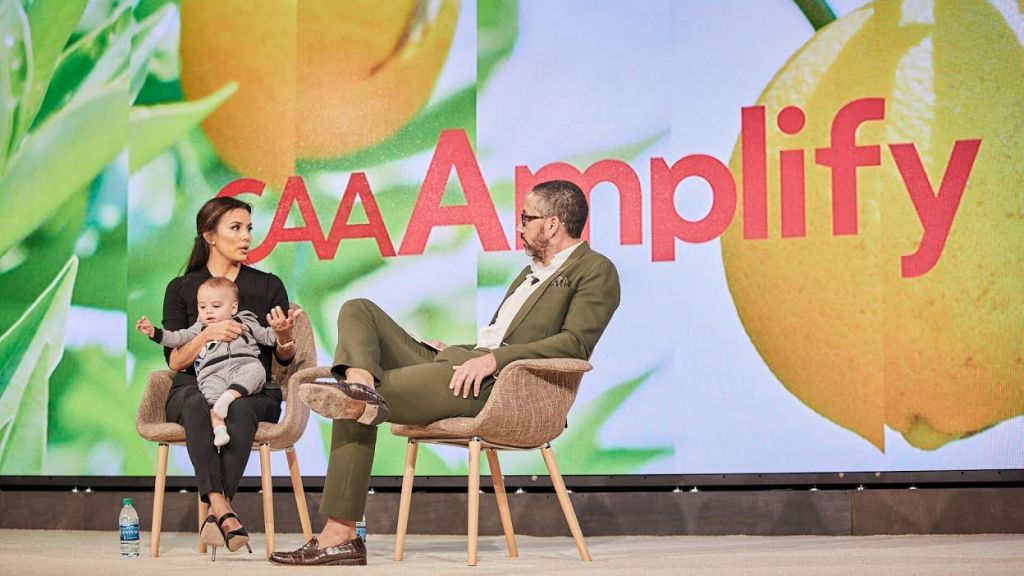