The tour-bus business in Hollywood is a big deal, especially around Hollywood Boulevard, where camera-toting tourists pack the decks to cruise the city — rarely leaving for their respective journeys before they’ve checked out the famous handprints, autographs and street vendors in front of the historic TCL Chinese Theatre.

When Adele Lim was 11 years old, she was one of those tourists.

Visiting from Malaysia with her family, Lim checked out the city from a tour bus and recalls being intimidated by all the “sophisticated and beautiful” people she saw on the sidewalks outside the theater. “I never thought I would be able to get here again, not really to Hollywood but just America,” Lim says while standing on the emerald carpet outside the theater Tuesday night, minutes before the premiere of Warner Bros. Pictures’ highly anticipated Crazy Rich Asians.

Not only did she make it back to the United States, Lim has built a successful career as a television writer and producer. She also arrived to the big event as a co-writer of Crazy Rich Asians (with Peter Chiarelli) based on the book by Kevin Kwan. “I’ve been a TV writer but never written for Asians and now I have a movie celebrating our culture opening at the Chinese Theatre I can’t even begin to process that. It might hit me a week from now. It’s just a surreal experience.” Lim’s story is similar to ones told by almost every cast member and producer up and down the line ahead of the screening, held a week before the official opening Aug. 15. Not necessarily the geography of it all, but the emotions surrounding being involved with a film that celebrates Asian culture and talent the way this one does.

“I’ve been pinching myself for the last week,” says castmember Nico Santos, “it’s been really emotional. I never thought I would be here. I was born and raised in the Philippines and came to America when I was 16. I remember watching red carpets and premieres and I never thought I would ever be a part of something like that. Not only to now be at a movie premiere, but to be in a film that means so much to the culture, it’s really overwhelming.”

That’s another word that got thrown around a lot Tuesday night — but in a good way. Crazy Rich Asians — directed by Jon M. Chu and produced by Nina Jacobson, Brad Simpson and John Penotti — stars Constance Wu, Henry Golding, Michelle Yeoh, Awkwafina, Ken Jeong and Jimmy O. Yang (among many others) in the story of a native New York woman who travels with her boyfriend to meet his rich and discerning family in Singapore. It’s based on the first installment of Kevin Kwan’s series of three books and hopes are high that it could launch a franchise for the studio, if audiences show up.

“It’s so much bigger than all of us,” explains Yang, who will be hosting a screening organized to help boost the film’s box-office returns on opening weekend. The movement is being called #GoldOpen — a reference where gold equals No. 1 — and is supported by 100-plus creative leaders, digital entrepreneurs, influencers and others who are buying out entire movie theaters to screen the film. Those participating include digital entrepreneur Bing Chen, ice-skating duo Alex and Maia Shibutani, Asian Americans in Media, the Asian American Artists Foundation, producer Janet Yang and dozens of others.

Chu is laying down cash as well. He estimates that it costs anywhere between $3,000 to $4,000 to pay for an entire theater and “hopefully, I’ll be buying out more than one theater,” he tells THR. “[#GoldOpen] is a group of business people, individuals, people in tech and people in entertainment, they want to support the movement and they’re giving tickets away to people who should be seeing this movie — underserved communities and schools and students who should be watching this, that’s who we’re serving with this.”

Producer Jacobson says that the film could also end up serving the next generation of talent. “Representation is power,” she says. “And when you open a door, many other people can walk through it. We’re just one story, but you hope that if people are inspired from seeing this, seeing the posters, seeing the movie in theaters, that they will be inspired to tell their own stories and pursue their own roles either in front of the camera or behind it.”

Now’s the time, says star Golding, who arrived to the premiere in a DBS Superleggera, Aston Martin’s newest sports car, marking the first time the model has been seen on the streets of North America. The flashy moment was just one of many during a celebratory — and rich — evening. There were Lamborghinis, old Hollywood looks and an energetic afterparty at Dream Hollywood. Boldfaced names in attendance included Yara Shahidi, Lena Waithe, Kumail Nanjiani, Emily V. Gordon, Harry Shum and others.

“If you’re going to put your money where your mouth is, this is the movie to put it on,” Golding notes. “Jon did a phenomenal job — not only did he make a romantic comedy for the ages, but he made a joyful, amazing movie.”

A film comprising talent from all over the world, too. “This is a very international cast that came together from Australia, England, Asia, Singapore, Malaysia, America, and we just bonded,” Yeoh tells THR. “Everybody was exchanging stories about how difficult it is to make movies, what it’s like being Asian American and the problems everybody faced. The group stayed connected and I think this bond will last for a long, long time.”

Much more immediate is the potential for a sequel, which means everyone will be watching the returns closely come next weekend. Says Kwan: “I am trying not to freak out but I have so much faith in this movie.” Adds Chiarelli: “This is an entertaining movie that if you have a soul, you will like. I believe in my heart that it’s a movie for everybody and if we can slip these types of films past the goalie and get these movies made, it’s a win for everyone.”

But ultimately, it’s the studio’s call, says Chu. “We have lots of plans if the audience shows up,” he explains. “We have more stories to tell. We have other stories outside of the Crazy Rich Asians world that are ready to be told too from filmmakers and storytellers who haven’t had their stories told yet.”

He’s even on board to tell another installment of this one. “I will do whatever they ask me to do,” he says, proudly. “This is so important to me. I will push things aside.” 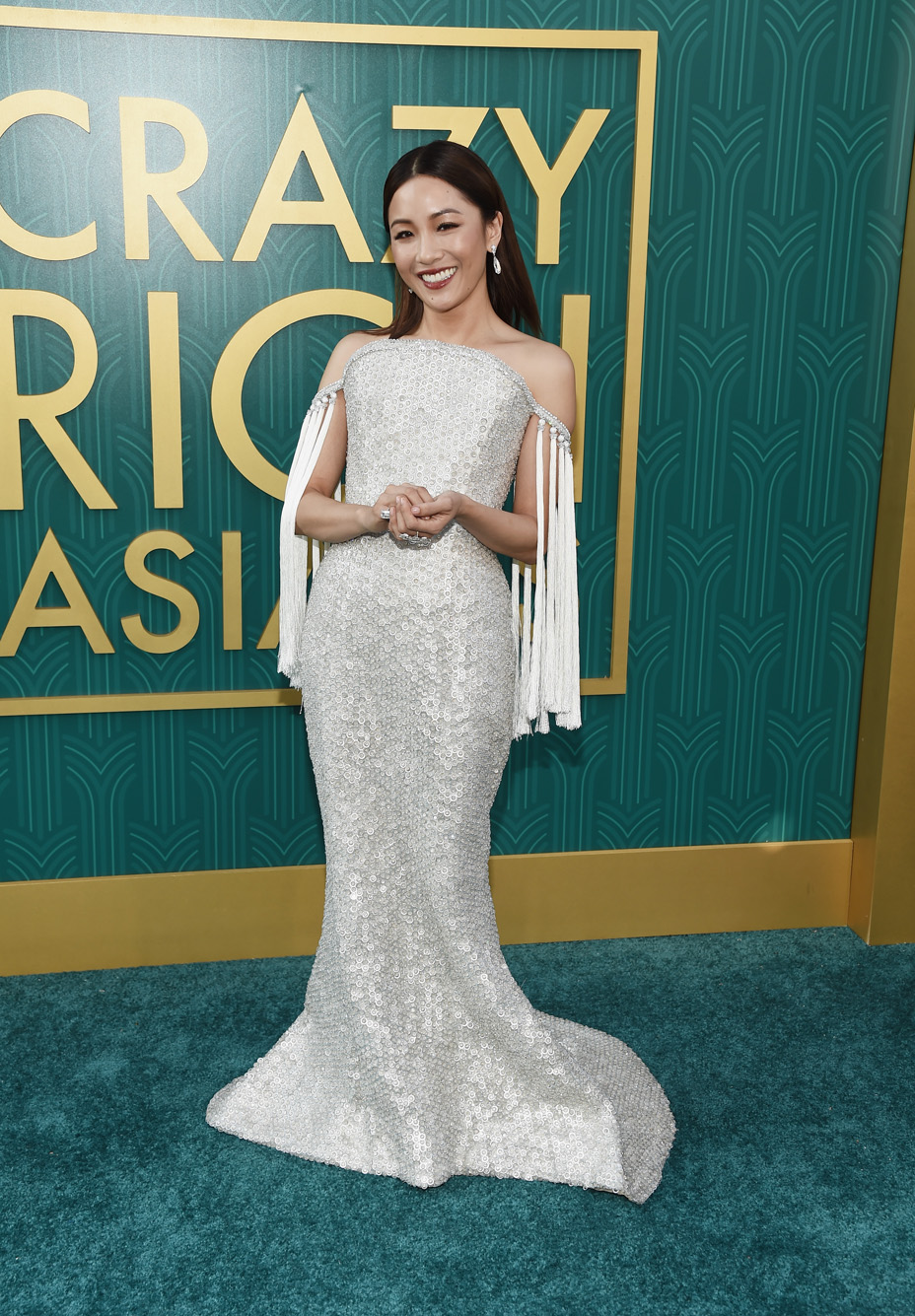 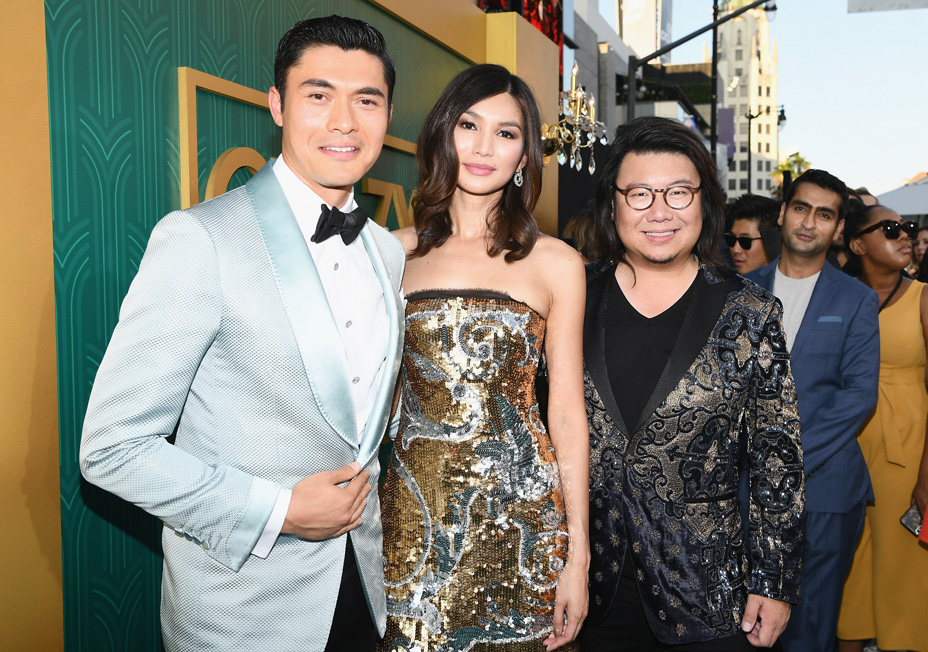 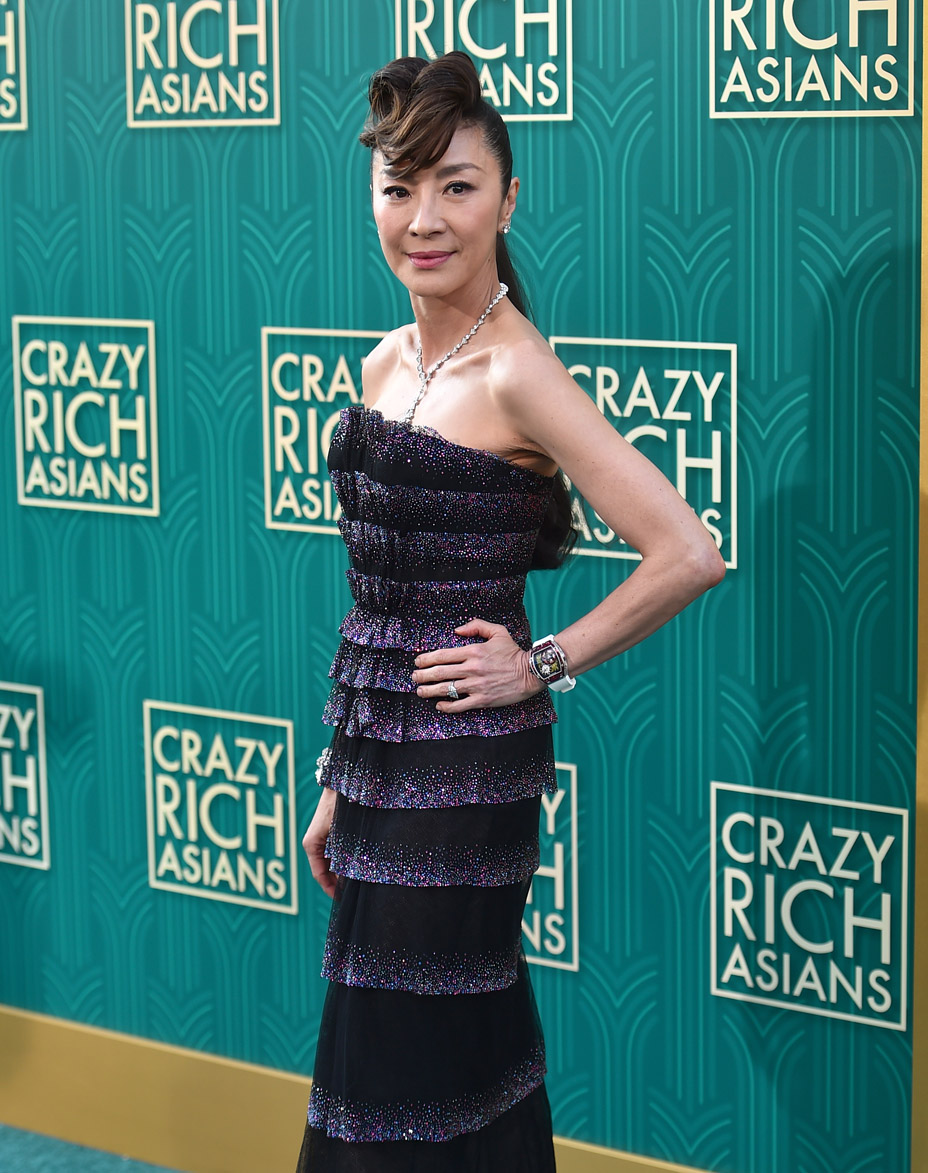 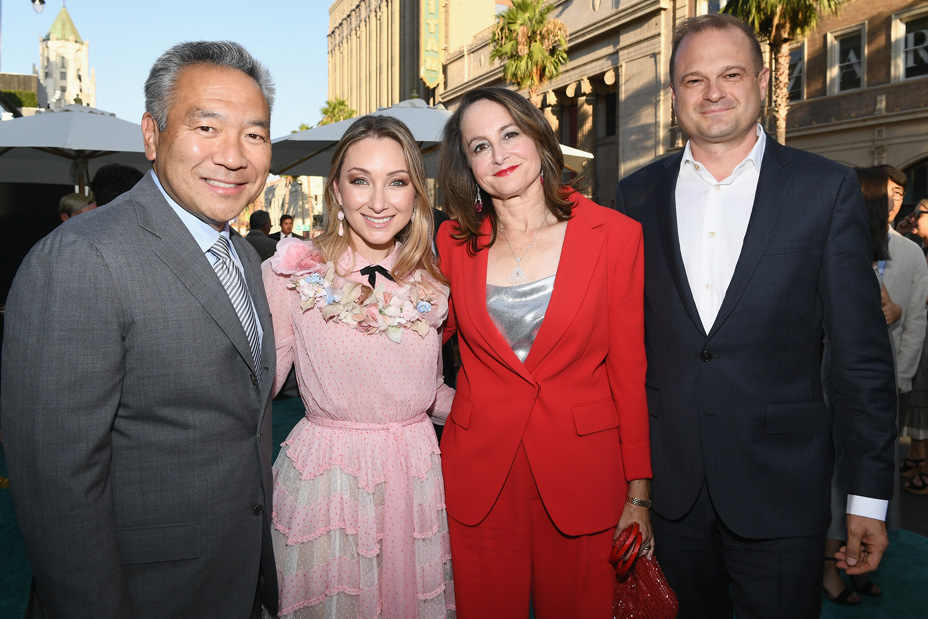 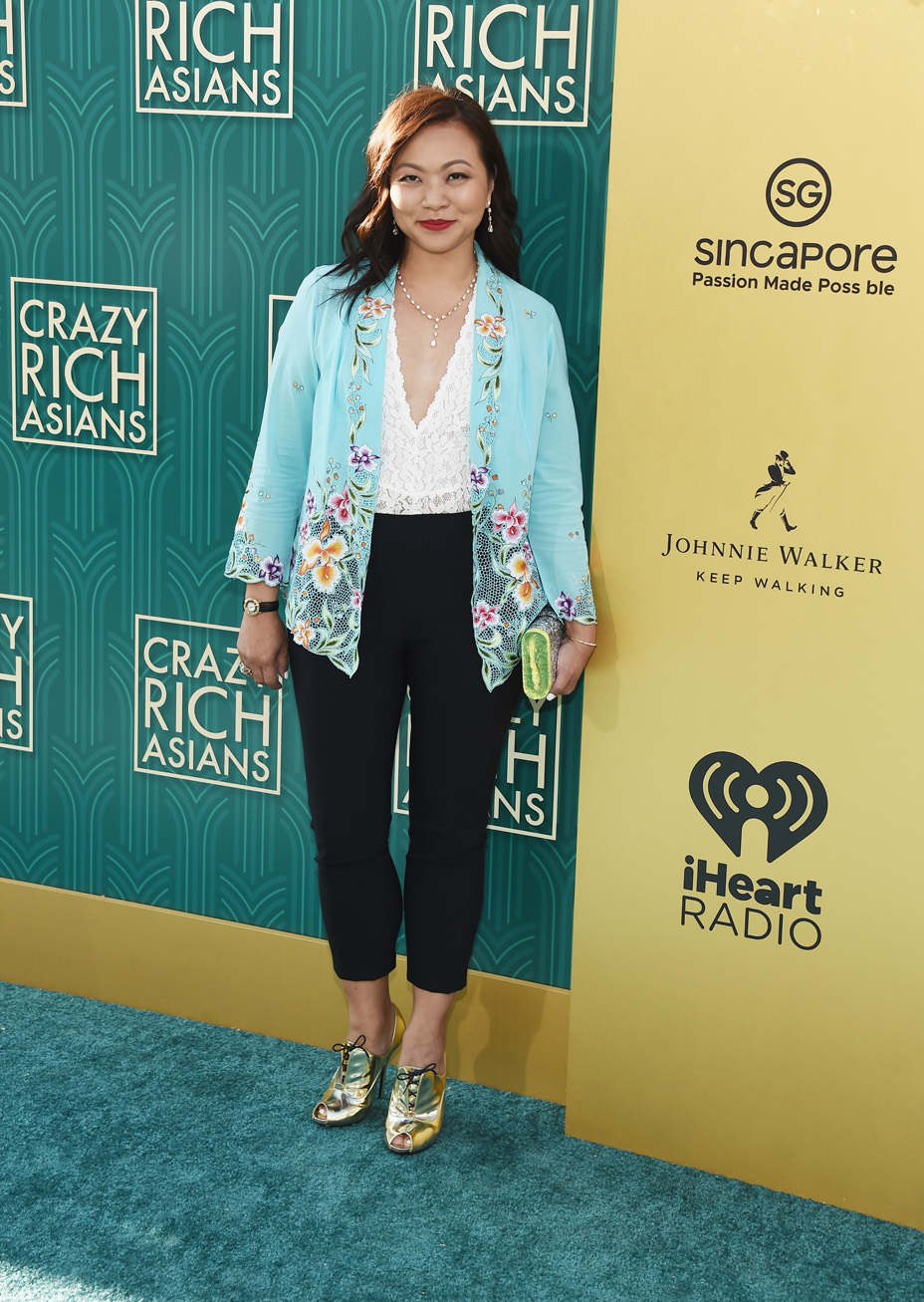 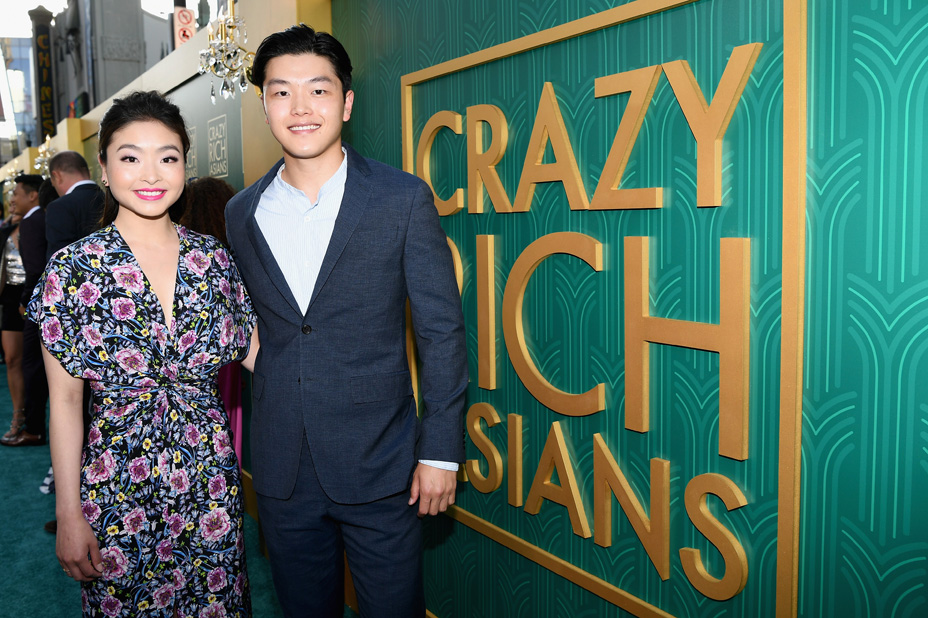 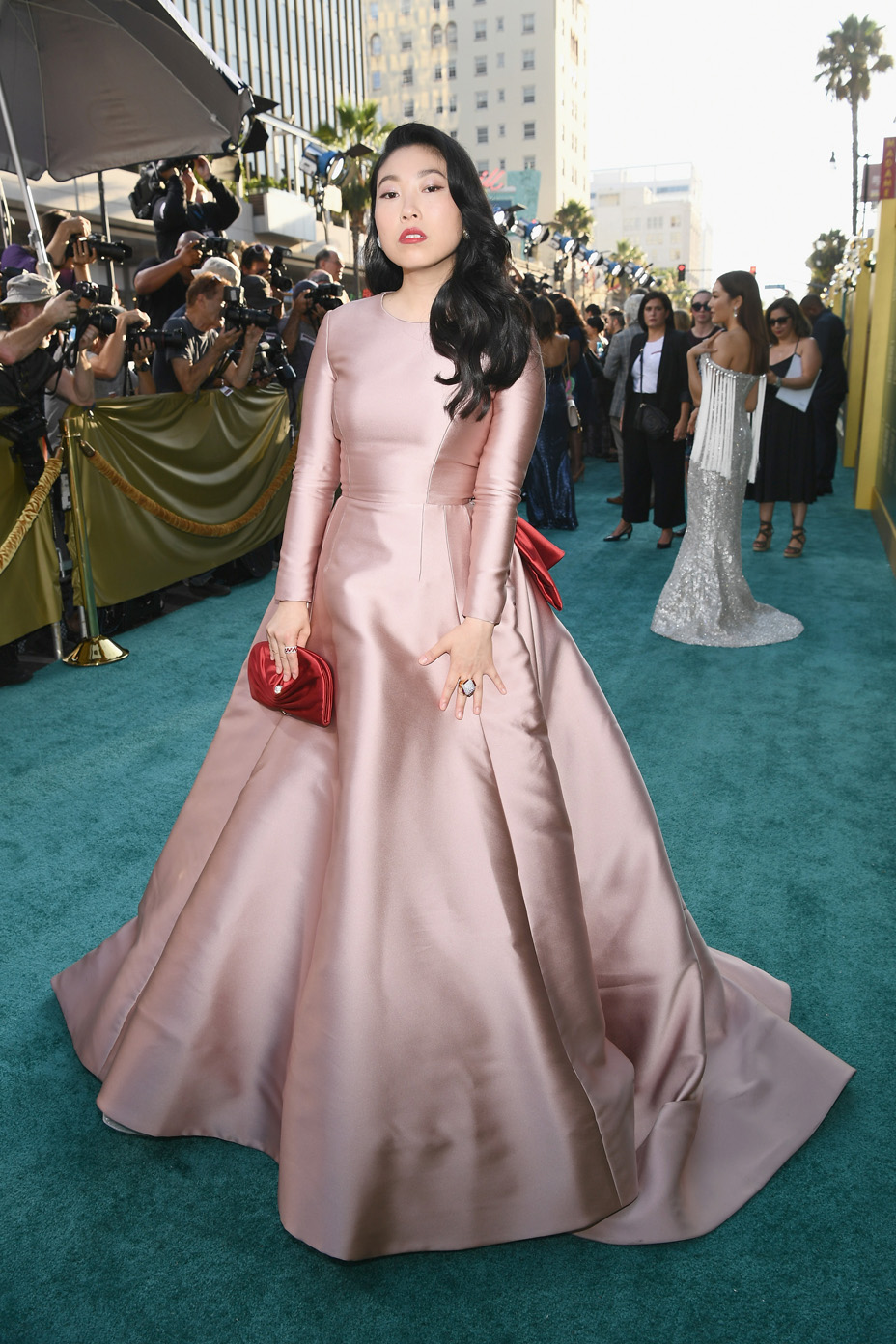 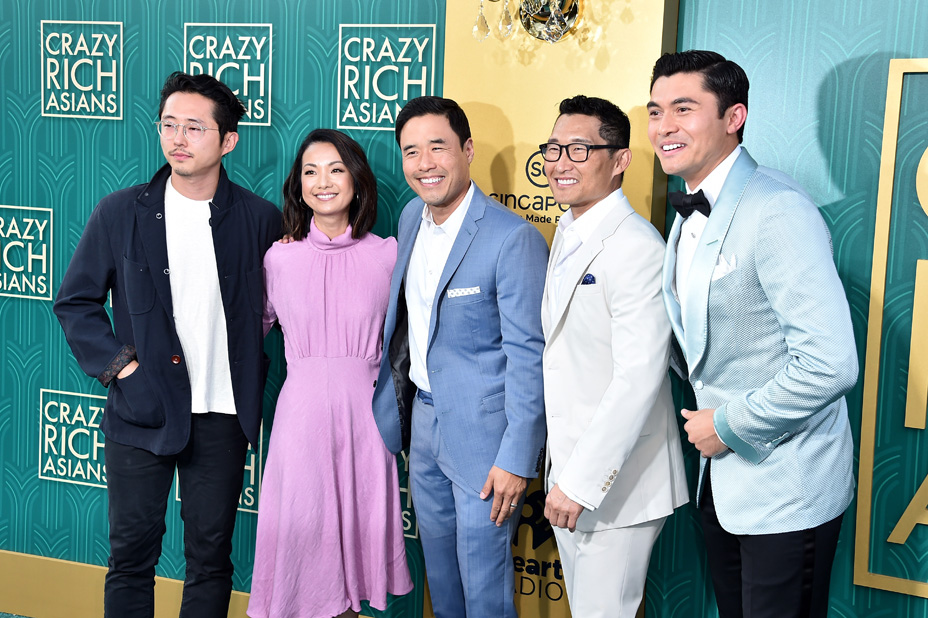 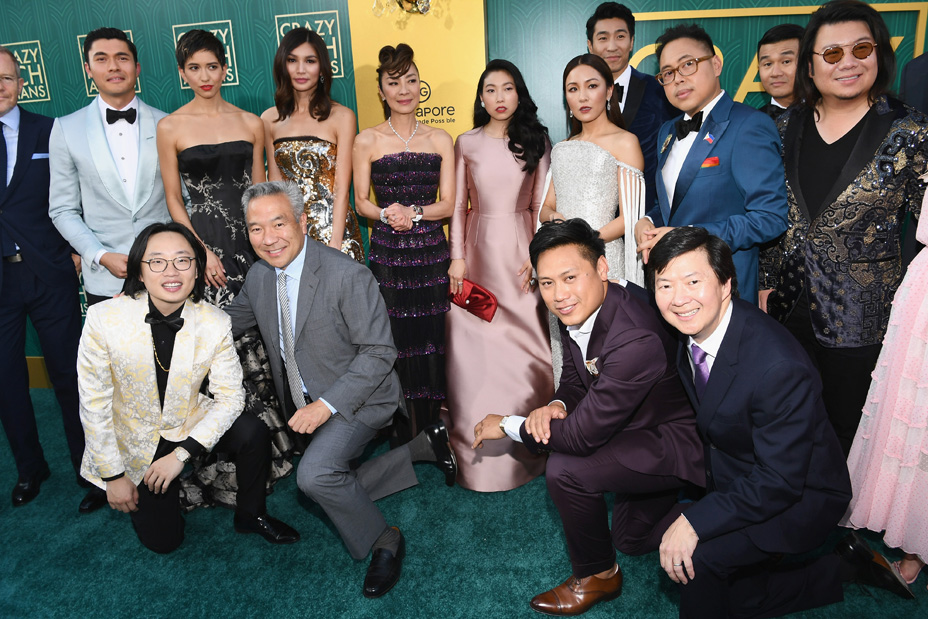