Travelers flying out of LAX on Friday who looked closely at the flight information displayed inside the Delta terminal may have needed to do a double take. Alongside all the usual American cities was an unusual destination: Westworld.

No, it wasn’t a trickster playing a prank on Delta passengers. The airline had teamed with HBO to bring a group of VIP guests  — a mix of tech CEOs, venture capitalists, actors and Hollywood executives — on the trip of a lifetime.

The group’s real destination was the annual South by Southwest festival in Austin, but for three hours they were given the opportunity to suspend reality and pretend like they were on their way to the fictional cowboy-themed park, just like the characters in the HBO show who live out their fantasies in the android-filled frontier town of Sweetwater.

“This is our fourth year, so we wanted to mix it up a little and add a special element to the experience,” says Delta vp RanJan Goswami. “We felt it was a really neat way to engage our target audience.”

When the passengers arrived at the airport, hosts in white were on hand to sign the travelers up for the elaborate Westworld activation that HBO was running during the first weekend of SXSW. A pair of Sweetwater residents would greet the guests, eager to tell them where to go (The Coronado Hotel and Mariposa Saloon were popular suggestions) and who to talk to.

On board the flight, each guest was gifted an official Westworld cowboy hat (white or black depending on the seat). After takeoff, people were up out of their seats almost immediately, networking and ordering Westworld-inspired tequila cocktails. The aisles were so packed with people that the incredibly game flight attendants could barely make it through their drink service. Though a brief period of turbulence forced people to return to their seats, the partying continued.

“It’s SXSW starting in Los Angeles,” says Goswami. “People really embrace the networking and getting into the spirit of the festival.” 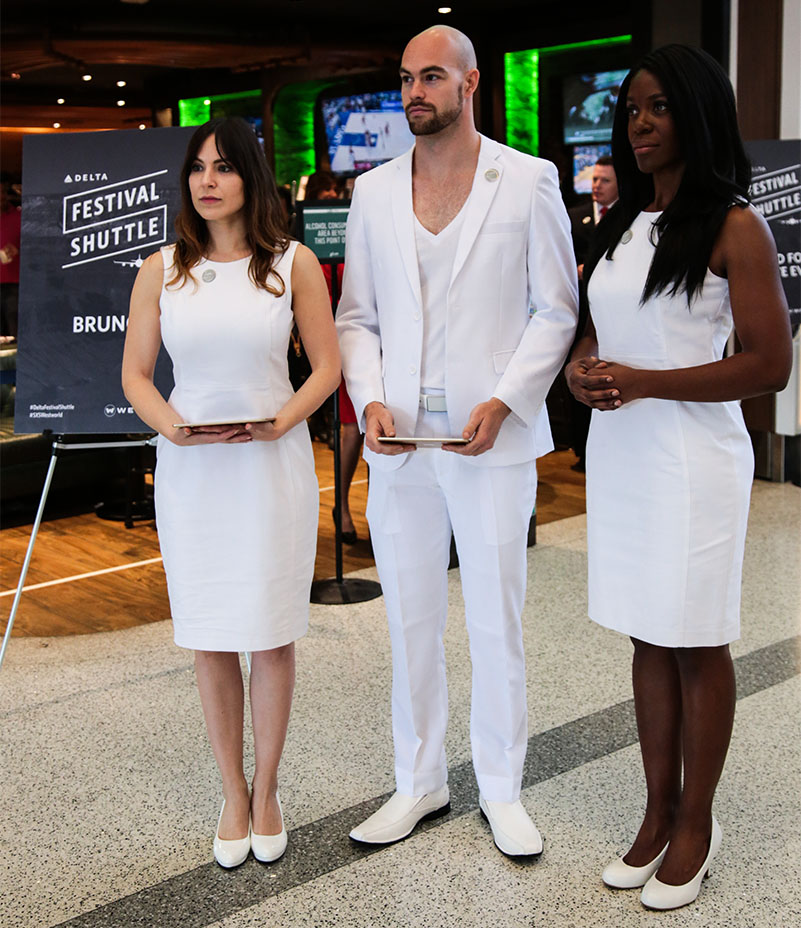 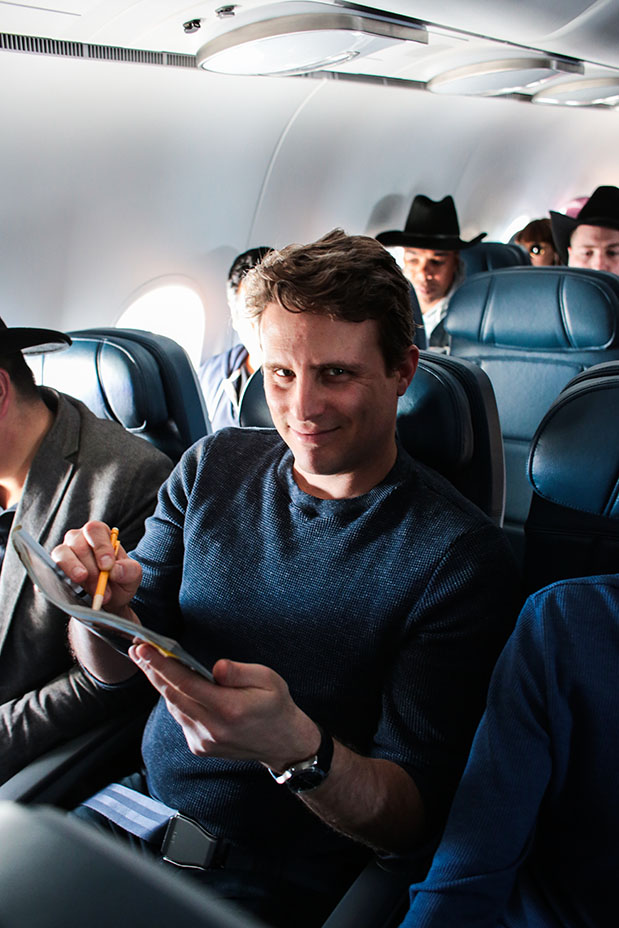