After more than three months of in-person Hollywood events being put on hold due to coronavirus concerns, the premiere is back in an old-school way. In a partnership between IFC Films and ArcLight, Dave Franco hosted a pop-up premiere screening of his directorial debut The Rental at Vineland Drive-In on Thursday followed by a Q&A with his cast, marking the first event of its kind in L.A. amid the global pandemic.

The film, a horror thriller starring Franco’s wife Alison Brie alongside Dan Stevens, Jeremy Allen White and Sheila Vand, took over four screens at the City of Industry event, welcoming more than 700 cars. Tickets were sold via ArcLight for $55 a piece, a price that included buckets of the theater’s regular and caramel popcorn, and one screen was sectioned off as an area for VIP guests and press.

Ahead of the 8:30 p.m. showing, Franco and Brie arrived in their car with enough time to pose for photos — including a socially distant one with their collaborators —  in the parking lot as masked red carpet photographers navigated the new normal. As Brie dropped to the ground and threw peace signs for photos, she joked, “We’re making a new poster.” Though guests were told before arriving they wouldn’t be able to leave their vehicles except to use the bathroom, the parking lot was crowded with the couple’s friends mingling and catching up while remaining six feet apart. At one point, Franco and Brie returned to their car and chatted with well-wishers through their windows. Masks were required at the showing and though the stars took them off for photos, they quickly put them back on after. 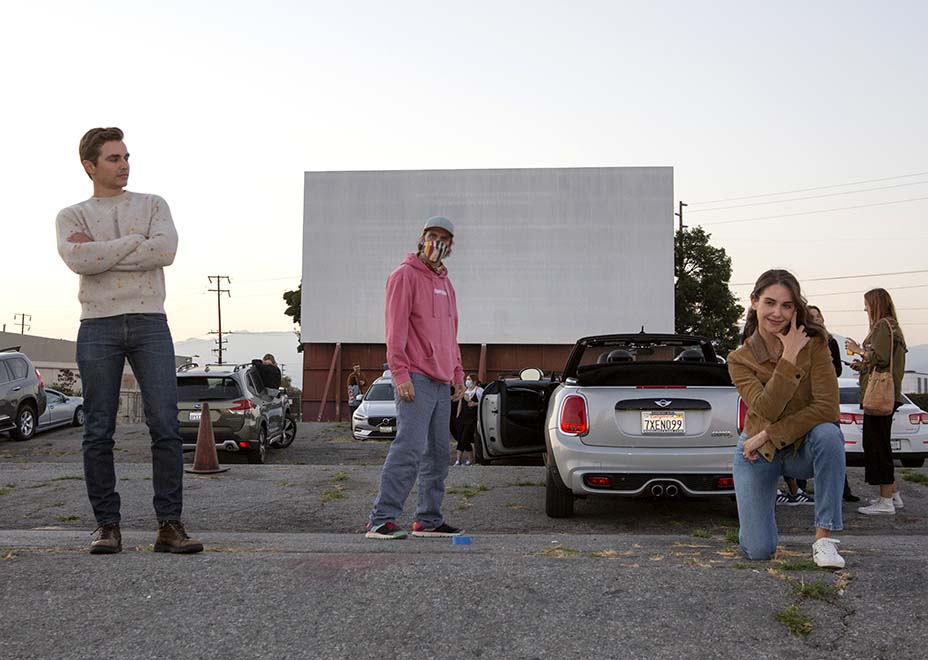 “This isn’t quite how I expected the first public viewing of the film to be but it’s much better than I could have hoped for. This is so much more fun than putting on a suit and going to a stuffy premiere,” Franco told the audience, most of whom were in jeans or leisurewear. Ahead of the screening, drivers were asked to “honk your horns and flash your lights for the directorial debut of Dave Franco” as he then appeared in a pre-recorded video to introduce the film. Post-show, moderator Scott Mantz led a Q&A as he and the cast each sat in their own cars, with the exception being Allen, who participated from home.

As on-site red carpet interviews are still scrapped at this time, Franco talked to The Hollywood Reporter on the phone the next morning and reflected on his one-of-a-kind premiere. “Everyone kept telling me, ‘This is the first time anyone has premiered their film at a drive-in event’ and ultimately, it did feel very unique and special. Standard premieres are a bit more formal where everyone is dressed to the nines but I don’t think that would have been the right vibe for this film,” he said. “I love how casual the night was and it didn’t feel like there was a spotlight on me or the cast, it felt more like a communal experience where everyone was just excited to get out of their homes and let loose with a crowd of fellow movie lovers. It felt like the perfect venue to have our premiere.” 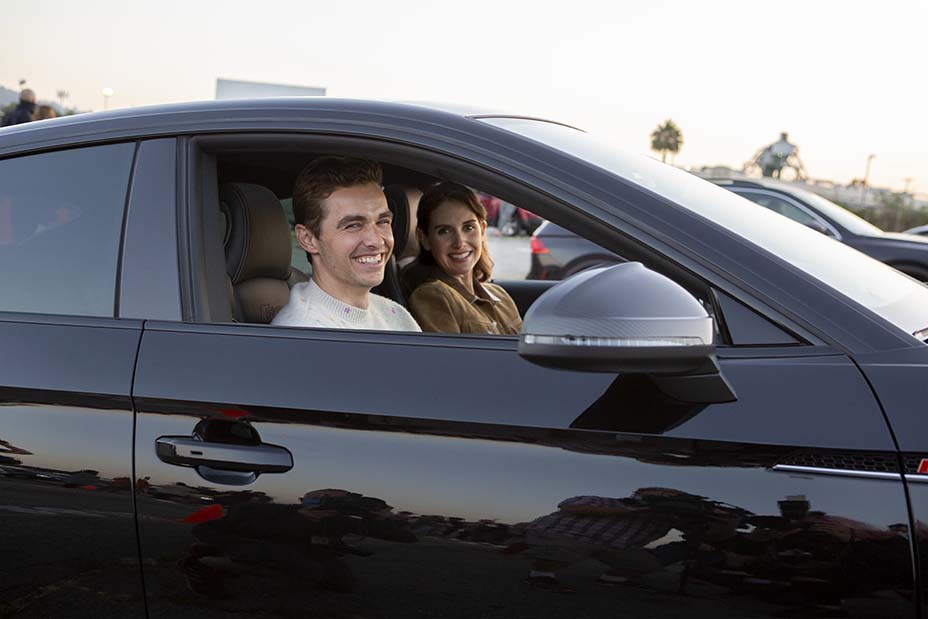 While he recommends that others debut their films this way, the director did acknowledge one drawback to the drive-in, saying he realized during the screening that “I’m going to have to let go of the fact that certain scenes are darker than we intended when they aren’t that dark on normal movie theater screens and there’s certain sounds that aren’t as accentuated because they’re coming through the FM radio.”

And though he joked at the screening that Brie “will continue to hear my complaints about that” as a “crazy perfectionist,” he told THR that the event “made me realize that none of that matters. Everyone at a drive-in and just wants to have a good time and the raw sound and picture quality is part of the charm.” 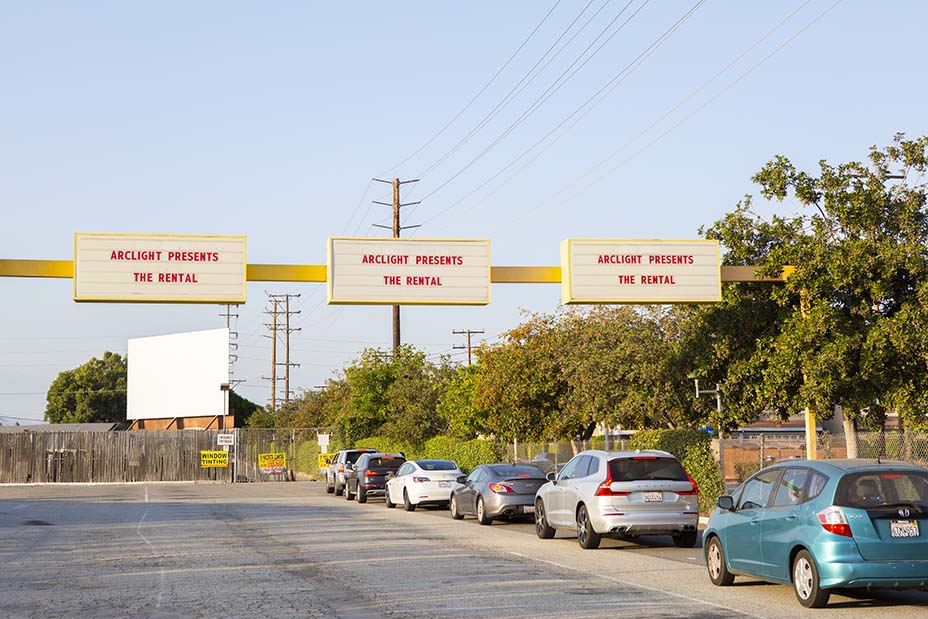 Franco, who has largely built his career in comedy with The Disaster Artist and Neighbors, touched on the seemingly unlikely decision to make a thriller as his first film. “As a viewer there’s nothing I enjoy more than a smart genre film, a film that does take the scares seriously,” he says. “There were logistical reasons. I could make it with a small cast and for relatively cheap as long as it was primarily set in one location, and then within those parameters, I felt like I could have fun with the overall style of the film. The thriller-horror genre tends to deal with such extreme scenarios and emotions and that gave me the freedom to make bold choices that would make the film feel uniquely mine. I just wanted to make a scary movie that was relatable and set in the real world.” 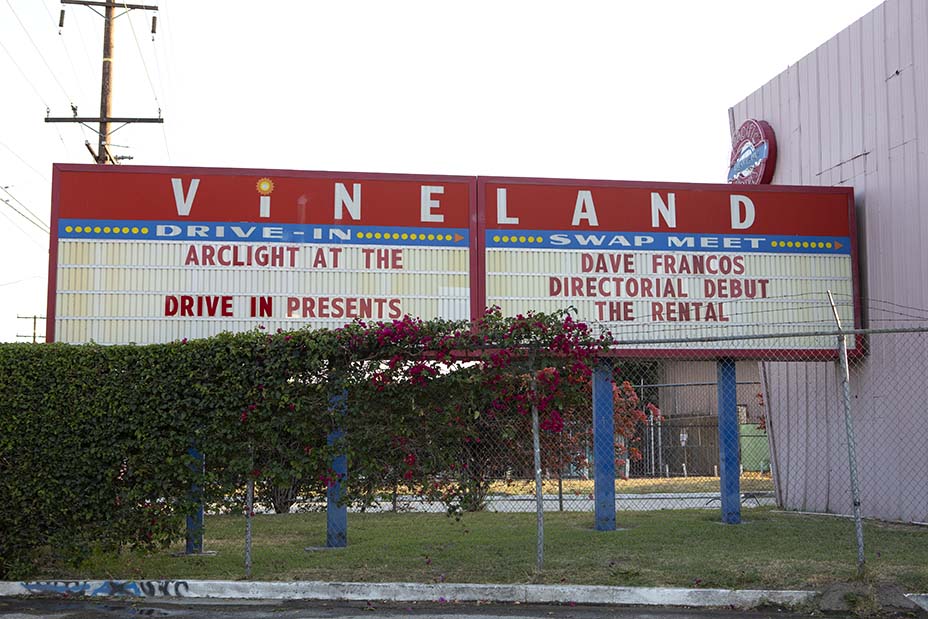 Though many businesses across Los Angeles — and the country — are reopening as strict safer at home orders are lifted, movie theaters, for the most part, remain closed. As a replacement, drive-in experiences are on the rise. In the Hamptons over the June 12 weekend, Kenneth Branagh’s family fantasy film Artemis Fowl screened as a drive-in presentation at the Hamptons Classic Horse Show grounds in Bridgehampton as it was released on Disney+. More than $200,000 was raised for local food pantries thanks to attendees like Brooke Shields, Christie Brinkley, Ed Burns and Christy Turlington, Padma Laskshmi, Nicole Miller and Don Lemon (pictured). Blade CEO Rob Wiesenthal and Cinema Society’s Andrew Saffir hosted the screening which featured introductions by Lemon, Joy Behar, Lorraine Bracco, Jimmy Buffett and Jimmy Fallon.

Meanwhile, comedian Bert Kreischer is mounting the first-ever Drive-In Comedy Tour, kicking off June 24 with opening act Jesus Trejo and amenities including an app, Aloompa, that allows guests to place concession orders for vehicle delivery and to reserve restroom appointments. Also of note: Abramorama screened the feature documentary Olympia about the life and career of Oscar winner Olympia Dukakis at the Bel Aire Diner’s Drive-in Movie Night to celebrate her 89th birthday on June 20 in Astoria, Queens.

IFC Films and the ArcLight pop-up presented The Rental, available in select theaters, drive-ins, and on demand July 24. 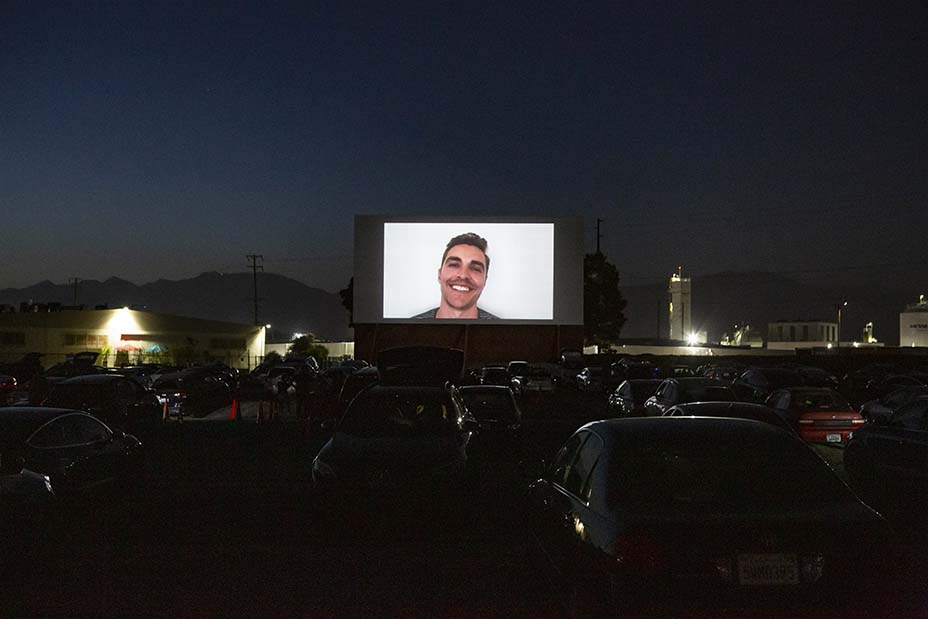