Arthur Miller’s Death of a Salesman, a 1949 play about a down on his luck husband, father and door-to-door clerk named Willie Loman, won both a Pulitzer Prize for drama as well as a Tony Award for best play. It has inspired countless productions on stage and screen, and on Monday night inside the Four Seasons Los Angeles ballroom, it also influenced Kathy Bates. The final words of her speech came from Miller as she accepted one of eight trophies handed out during Elle magazine’s Women in Hollywood awards.

But since this annual event toasts the contributions of the female set, Bates looked to the words spoken by a woman — Willie’s wife Linda Loman — to wrap up hers.

“Attention must be paid,” Bates proclaimed, without saying to whom because everyone already knew. Women.

Though she didn’t do it, the 68-year-old actress might as well have dropped the mic and exited stage left. Bates, wearing a vintage blazer with jewelry by Mikimoto, is far too elegant for that even if her intensely impressive resume tells a different story. But it would’ve been a great exclamation point to an entertaining, and at times surprising, evening that saw attention doled out to a roster of honorees including Amy Adams, Felicity Jones, Anna Kendrick, Aja Naomi King, Helen Mirren, Lupita Nyong’o and Kristen Stewart.

Why surprising? Not because of who was honored — a look at their recent resumes (or individual Elle covers) explains that in the most deserving of ways. Surprising because one could never predict what the honorees or presenters would say when they took the stage. And sure, there were a few references to Donald Trump and some rally cries for Hillary Clinton, but neither were quoted in the way that Miller, underground scribe Charles Bukowski and Harlem Renaissance poet Claude McKay were.

Honoree Bates quoted Loman while her presenter Sharon Stone dished on recently and randomly bumping into Bates in a Beverly Hills medical clinic while prepping for respective MRIs. Honoree Adams hoped to return the “kindness, conversation and words of advice” she has received in her career to a new generation “with open arms” while her presenter and Arrival costar Jeremy Renner got teary only to segue with a compliment, calling Adams a “badass bitch.” Honoree Jones admitted to being inspired by each and every honoree while her presenter Ron Howard called his Inferno star “elusive, in the politest of possible ways.”

Honoree Kendrick claimed to have Googled the heights of her fellow honorees, finding out this year that “no one is above 5’6, and I know that…because that’s the kind of neurotic bitch that I am,” while her presenter and The Accountant costar Ben Affleck called her “pants-wettingly funny.” Honoree Stewart quoted Bukowski (“An intellectual says a simple thing in a hard way, and an artist says a simple thing in a hard way”), while her presenter Dakota Fanning swore by saying “I love you so f—ing much” before praising her BFF for being someone who has “held my hair back and talked me through heartbreak.”

Honoree Nyong’o cried when thinking of how she went from Mira Nair’s onetime intern to being a mentor on the set of Nair’s latest Queen of Katwe, while the filmmaker applauded Nyong’o’s courage, authenticity and humility, saying she “treats people equally, before the Oscar and after the Oscar.” Honoree King was the one who quoted McKay’s entire poem “If We Must Die” including the line “pressed to the wall, dying, but fighting back,” while her presenter Regina King seemed overwhelmed, in the most beautiful of ways, with the Birth of a Nation star’s “poise, grace and dignity.”

Honoree Mirren listed her top five tips for living the best life, including the suggestion to “connect with friends daily — I don’t mean on Facebook,” while presenter Joseph Gordon-Levitt noted that everyone in Hollywood loves his Shadowboxer costar.

The night’s host, Emmy-nominated Black-ish star Anthony Anderson, ended up in the surprising category. While typically lovable, the actor was forced to deal with material that the guests largely deemed questionable, judging by their reactions. “The eight actresses we are honoring are an incredibly diverse group of women,” said Anderson, who also had trouble pronouncing the names of Mira Nair and Aja Naomi King. “Yet, as different as they are, they all have one thing in common: John Mayer. The man gets around.”

On a lighter note, attention must also be paid to the sponsors, which included L’Oreal Paris, Hearts on Fire Diamonds and Calvin Klein Collection, as well as the details. And people want to know what actresses really eat, so here goes: First course of heirloom tomato carpaccio and truffle burrata; second course included roasted Alaskan halibut with saffron and tomato risotto; and dessert was a vanilla bean creme brulee tart with huckleberry compote and fresh mint.

Hillary Clinton wasn’t present, but her presence was felt. “More than a few of us have been pondering recently just how a woman holding power might use it, compared to a man in the same position,” Elle’s editor-in-chief Robbie Myers said in her opening remarks. “And as the rhetoric has heated up, particularly in the last few weeks, how women are talked about, treated, perceived, judged, represented, dismissed, celebrated, and portrayed, as well as how they — we — accrue power and influence, the politics of sex and gender has become one of the defining issues of this moment, and of our time.”

And while power, politics, influence and inspiration may have (perhaps deservingly) dominated the talk onstage, fashion demands its own share of the spotlight, too. The roll call of credits includes Stewart in Roberto Cavalli, Louboutin and Messika jewelry; Kendrick in Gabriela Hearst’s Bridget Velvet Dress, Giuseppe Zanotti shoes and Anne Sisteron earrings; Nyong’o in a custom Duro Olowu with Brian Atwood shoes; Jones in Dior with David Webb jewels; Adams in a black Lanvin number; King wore a top and skirt by Toni Maticevski, shoes by Louboutin and jewelry by Anne Sisteron; and Mirren in Victoria Beckham.

But back to Bates, to close once more. There’s a reason that the actress carried this event across the finish line, using Loman’s “attention must be paid,” line, because, despite the conversations that have always happened around her throughout her long career, Bates has always kept her focus where it counts. Like Loman said, attention must be paid but to the right place.

“Fifty years ago, my father said to my college acting teacher, ‘She’s not conventionally attractive, do you think she should go to New York?’ Well, nothing could’ve stopped me. All I wanted was to continue to develop my craft. Being onstage in front of an audience was home to me, but getting there wasn’t easy. I almost missed out on my big Broadway role because the character was supposed to be skinny. I was softer — putting it mildly. I realized that I had to be good — better than good — so they couldn’t turn me down. Always let the work speak for itself. That’s my motto.” 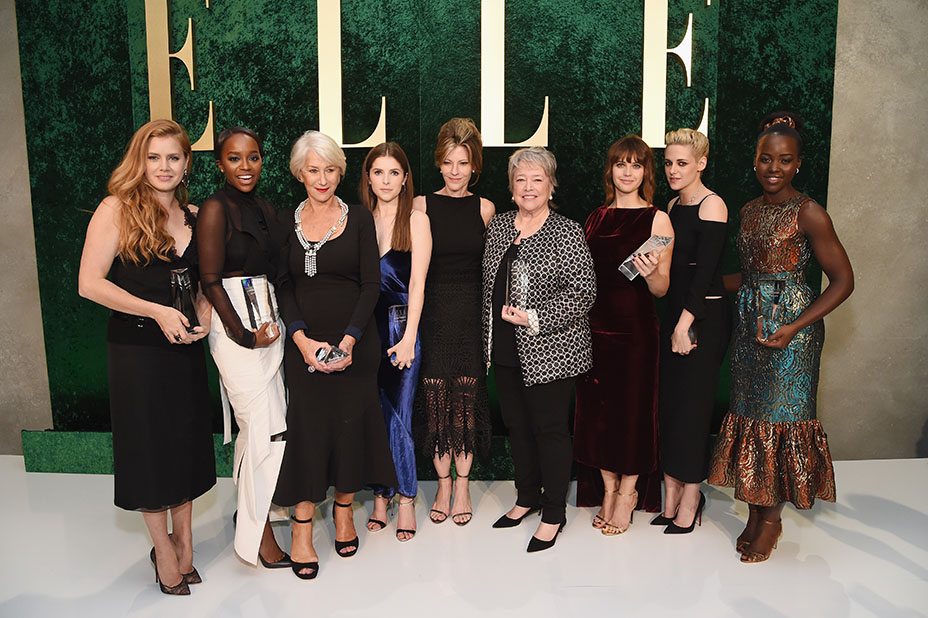 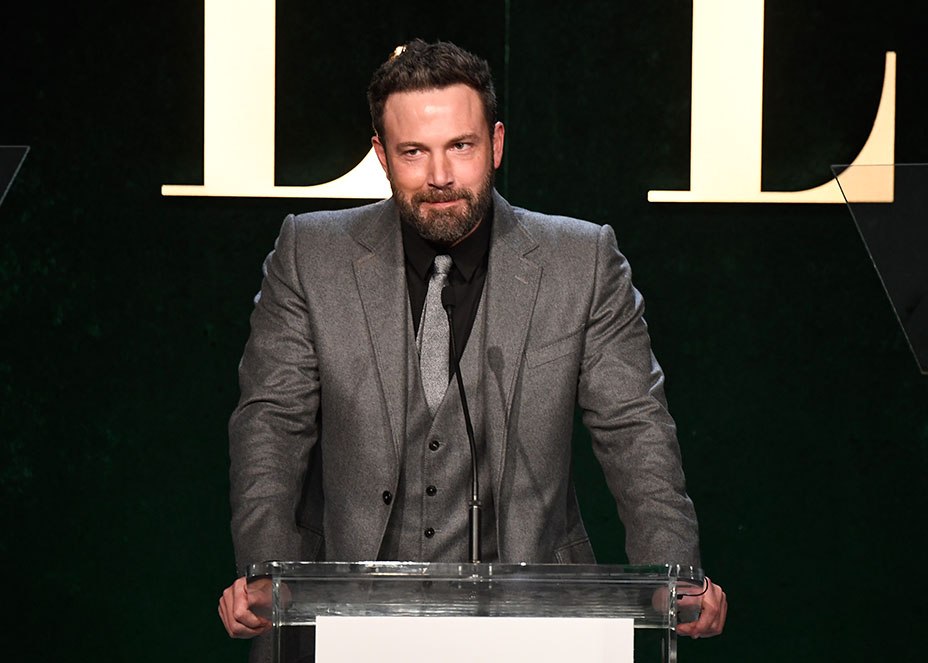 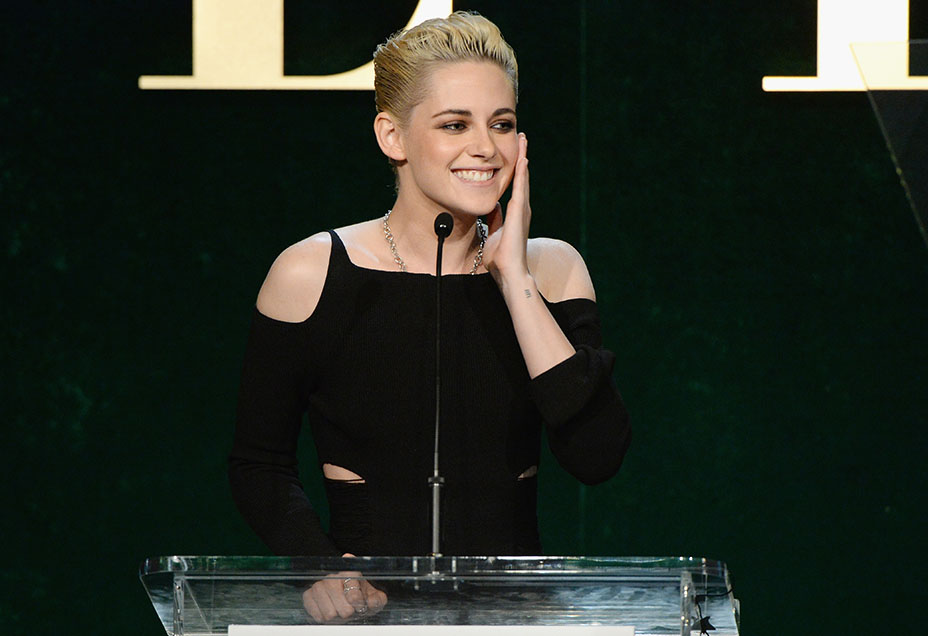 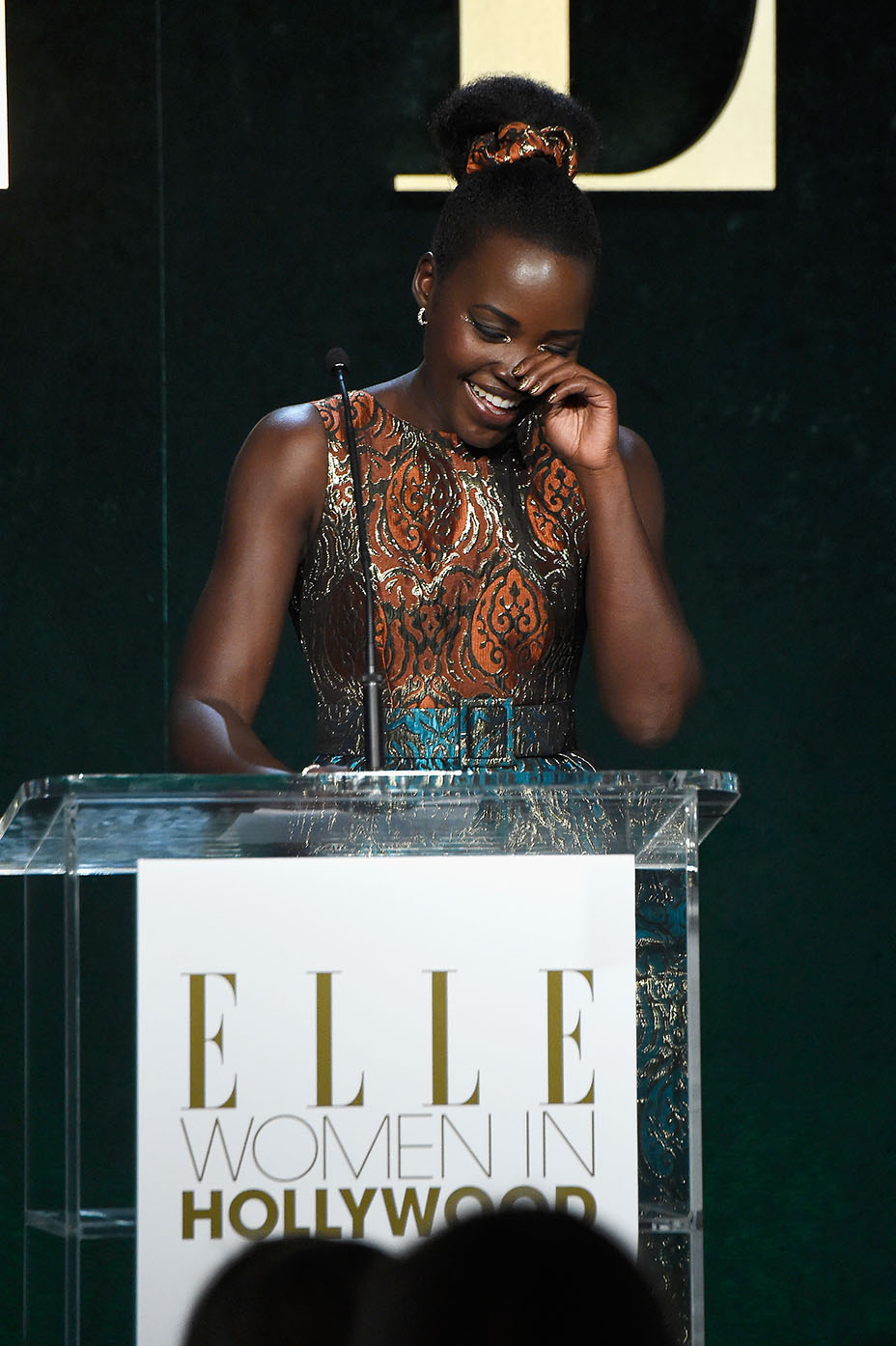 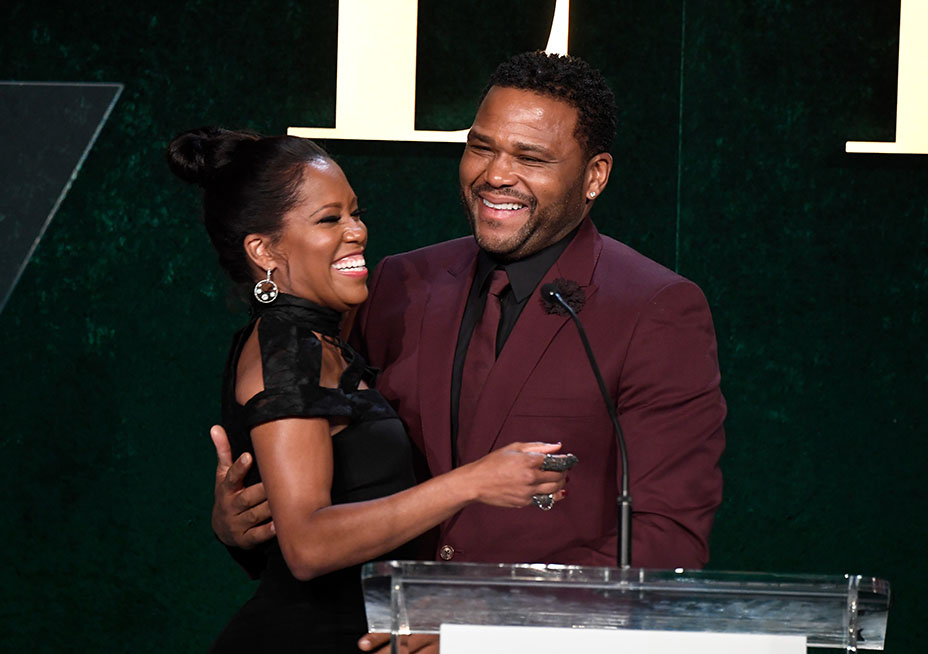 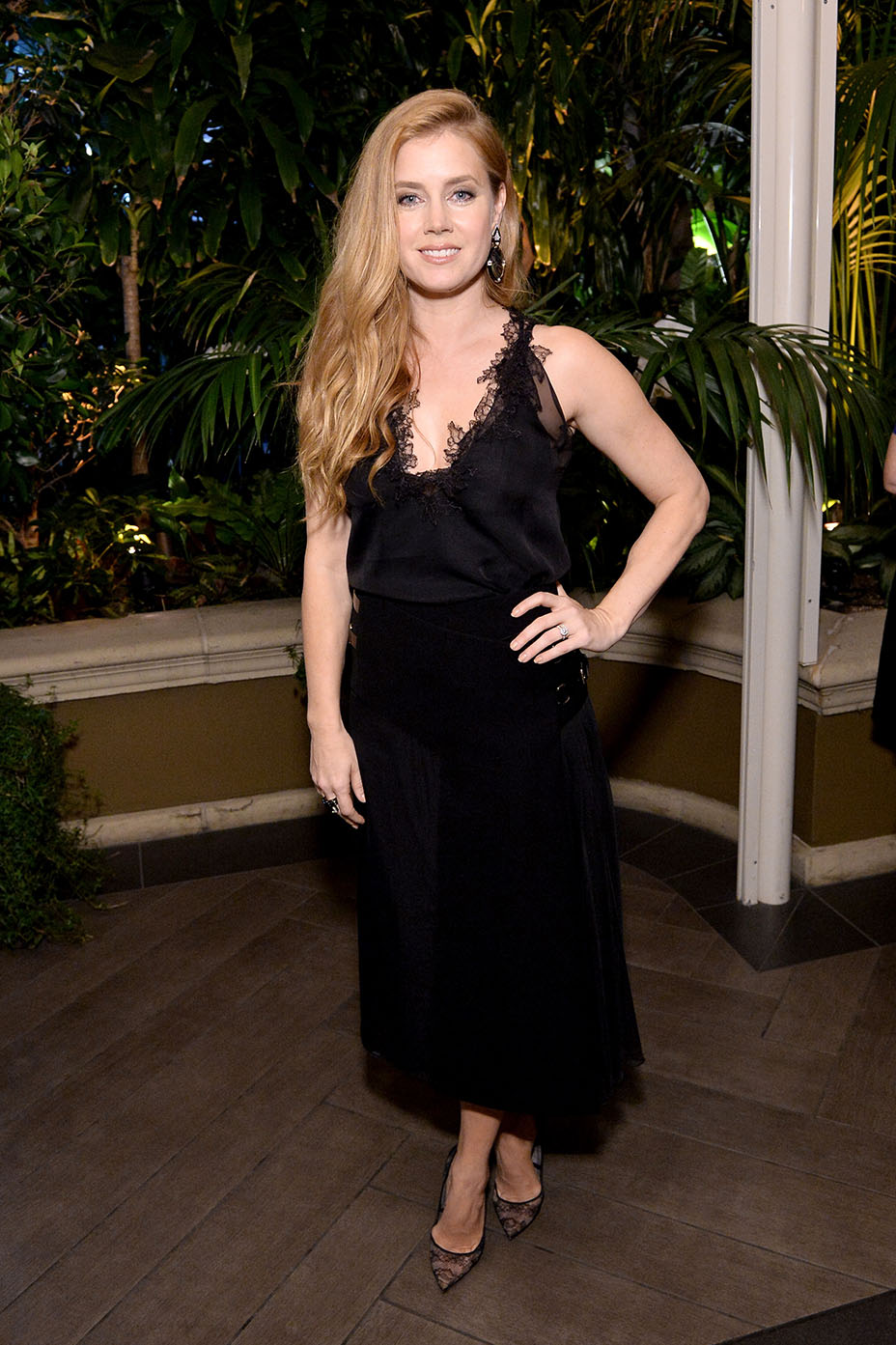 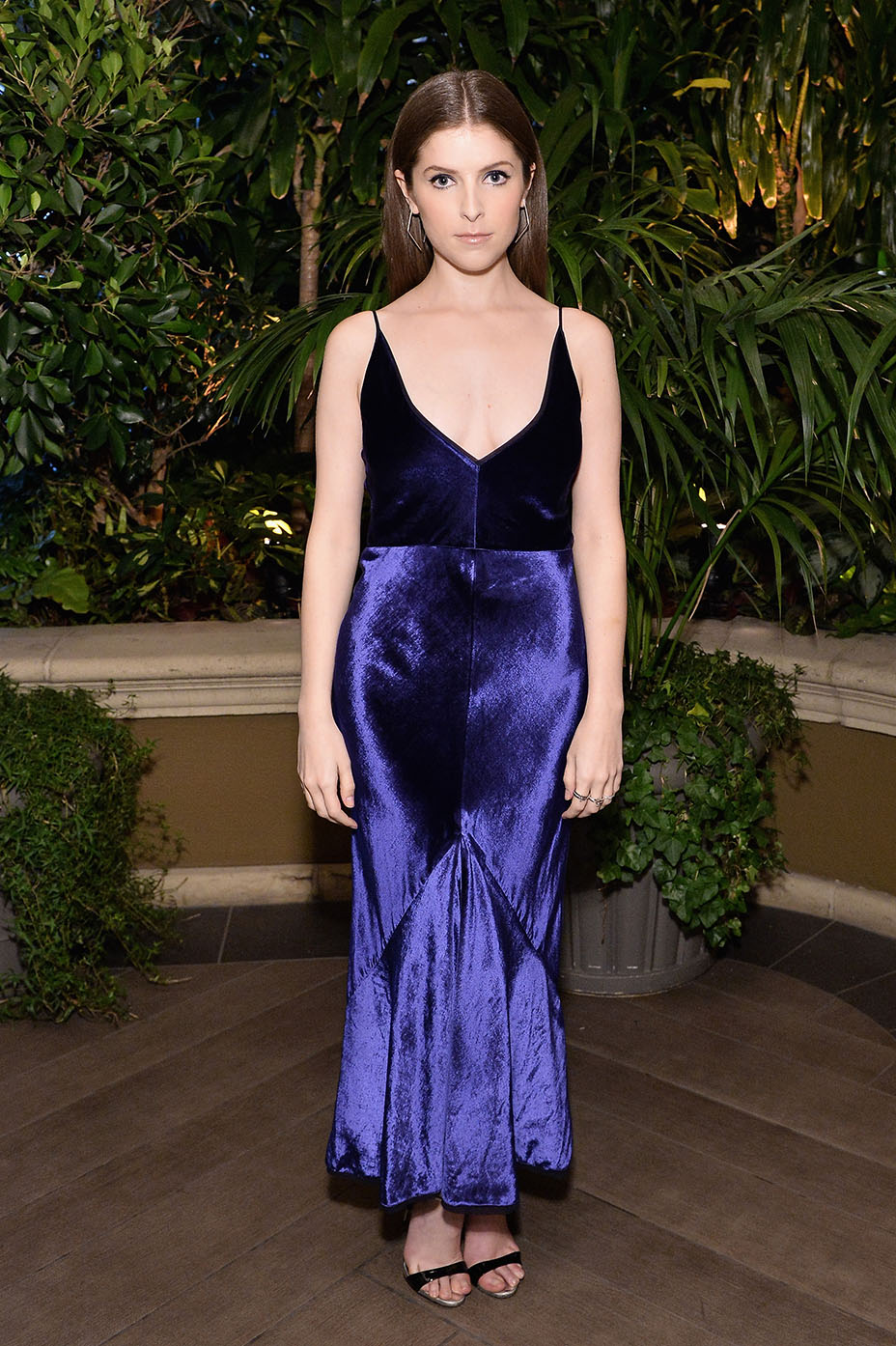