LONDON – Lady Gaga, Marilyn Manson, Jared Leto, David Beckham, Kate Moss, Jaden Smith, Tom Ford and Kate Beckinsale were among the celebrities who walked the long red carpet into London’s Royal Albert Hall, where the 2016 Fashion Awards — formerly known as the British Fashion Awards — took place on a chilly Monday evening with as much pomp and circumstance as its guest list merited.

Now in its 27th year, the Fashion Awards has long brought the industry — and usually a celebrity or several — to celebrate its own at some of London’s most prized landmarks. In its inaugural year in 1989, Princess Diana, glittering in an all-white ensemble by Catherine Walker, was the star attendee.

This year, the British Fashion Council has been on a mission to establish the ceremony as the premiere awards event in fashion, outdoing its rival, the CFDA Awards, in New York. First, it dropped the “British” from the title, renaming it simply “The Fashion Awards,” and adding more international award categories. In October, it hosted “intimate screenings” announcing the nominees at simultaneous events in London, Los Angeles and online. And this year it packed more star power than ever before.

“It was very elevated, much more international,” the designer Roksanda Ilincic, who was nominated for British Womenswear Designer, said of this year’s event.

Designer Tory Burch, a first-time attendee, there to support her friend and fellow designer Jonathan Anderson, concurred. “It felt very international,” she told The Hollywood Reporter. “I was blown away, Natalie [Massenet] did such a fantastic job. And what an extraordinary setting.” 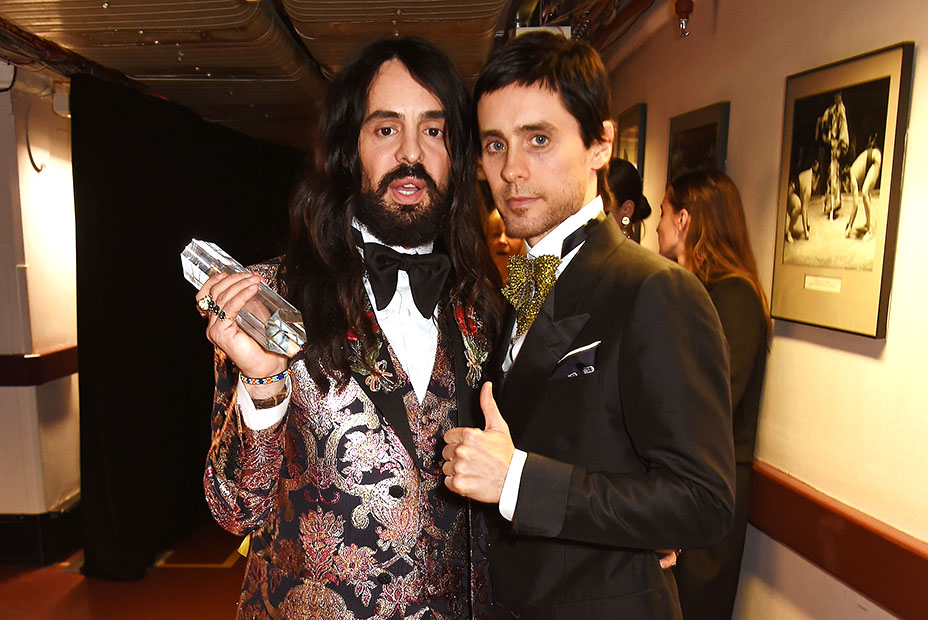 Nominees and VIPs were arranged at large, softly lit tables in the central arena of the Royal Albert Hall, posing for photos between dinner courses. Press, as well as ticket-carrying members of the public, were arranged in the arc of boxes and stalls to take in the scene.

The evening’s big winners were Gucci and Vetements. Gucci CEO Marco Bizzarri, smiling, lanky and bald, in his dinner suit, picked up the award for International Business Leader from his boss, Kering CEO Francois-Henri Pinault, while creative director Alessandro Michele received the International Accessories Designer Award from actor and Gucci Guilty face Jared Leto. Designer Demna Gvasalia, roguishly casual in black track pants and a black baseball cap, picked up the award for both International Urban Luxury Brand for his own label, Vetements, as well as International Ready-to-Wear Designer for his work at Balenciaga. 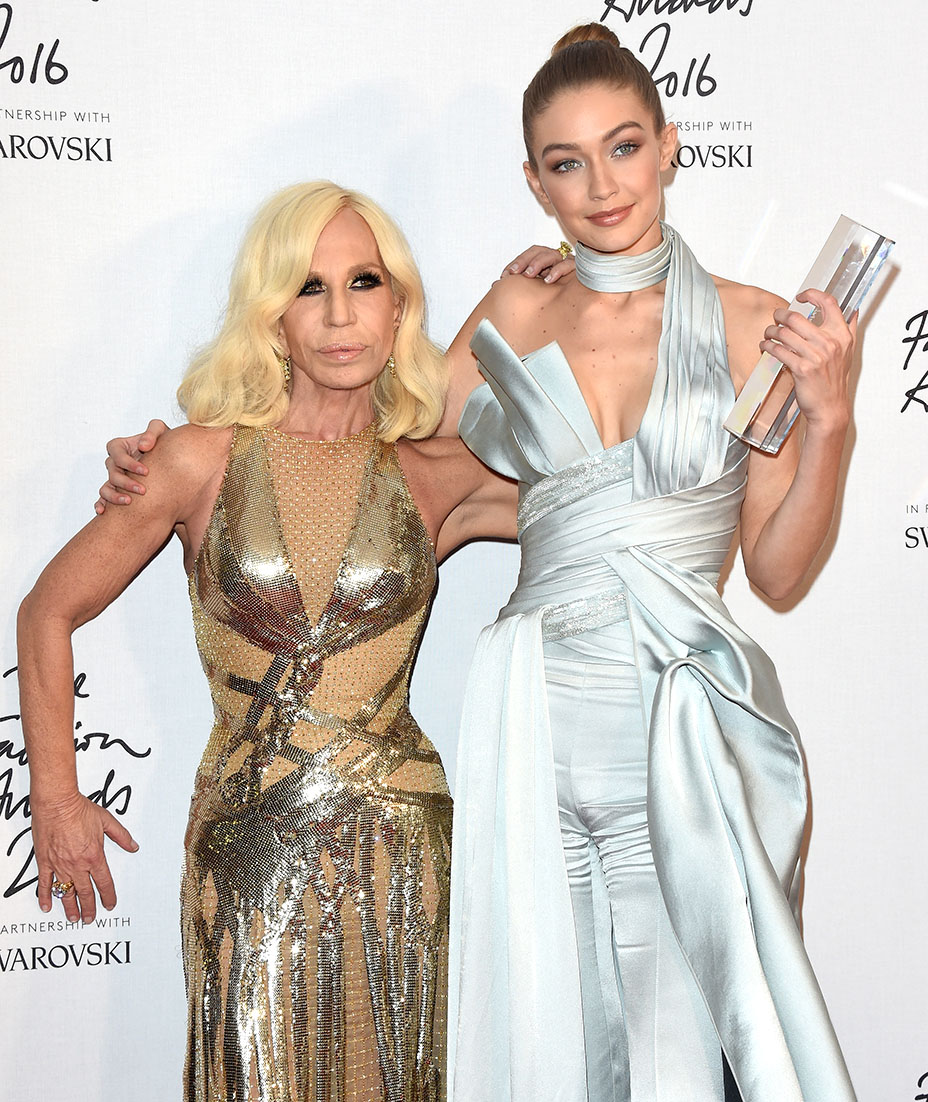 Gigi Hadid, in a heartfelt speech in which she thanked Carine Roitfeld and Bruce Weber “for looking beyond” her social media celebrity and “taking a chance when no one knew who she was,” accepted the award for International Model from Donatella Versace. Jaden Smith, the style-pushing son of Will and Jada Pinkett Smith, accepted the award for New Fashion Icon on behalf of himself and his sister, Willow. And Sarah Burton picked up the award for British Brand for Alexander McQueen.

All in all, more than 4,000 guests attended the black-tie ceremony. The winners were chosen by a vote of more than 800 industry leaders.