In 1969, Paramount asked Francis Ford Coppola to make Mario Puzo’s The Godfather into a film. “I intended to turn the project down,” he writes in the introduction to his new book about the movie, which went on to gross $245 million and win three Oscars. “It was more commercial and salacious than my own taste.” But the young father, then 30 and coming off Finian’s Rainbow, ultimately needed a paycheck, and a second reading changed his mind about the book. “[It] fell away in my mind, revealing a story that was a metaphor for American capitalism in the tale of a great king with three sons.” 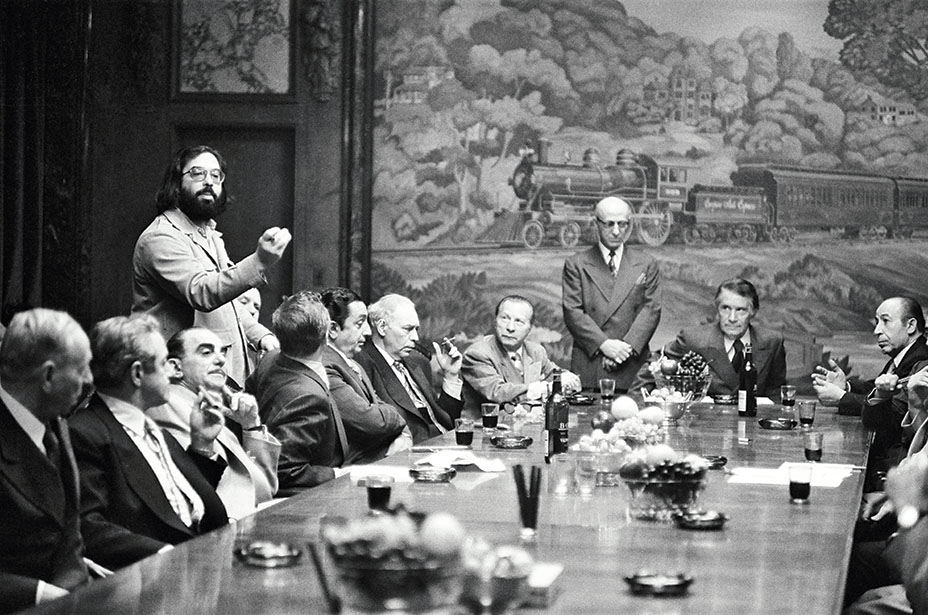 To organize his thoughts, Coppola made a “prompt book,” a theater trick he learned in college at Hofstra. Into a three-ring binder he stuffed his annotated copy of the novel, scene-by-scene breakdowns, notes on the times and setting, cliches to avoid and casting ideas. He put it together sitting at a corner table in a cafe in San Francisco’s North Beach. “I was living a dream,” he recalls. “There was lots of noise and Italian being spoken and cute girls walking through; it was La Boheme.”

Now he’s giving the public a peek into that creative process with The Godfather Notebook (Regan Arts, Nov. 15, $50), an exact reproduction of his original, right down to the handwriting, plus rarely seen photos. A signed $500 limited edition even comes in a replica three-ring binder. “The script was really an unnecessary document,” Coppola said, “because I could’ve made the movie just from this notebook.” — Andy Lewis 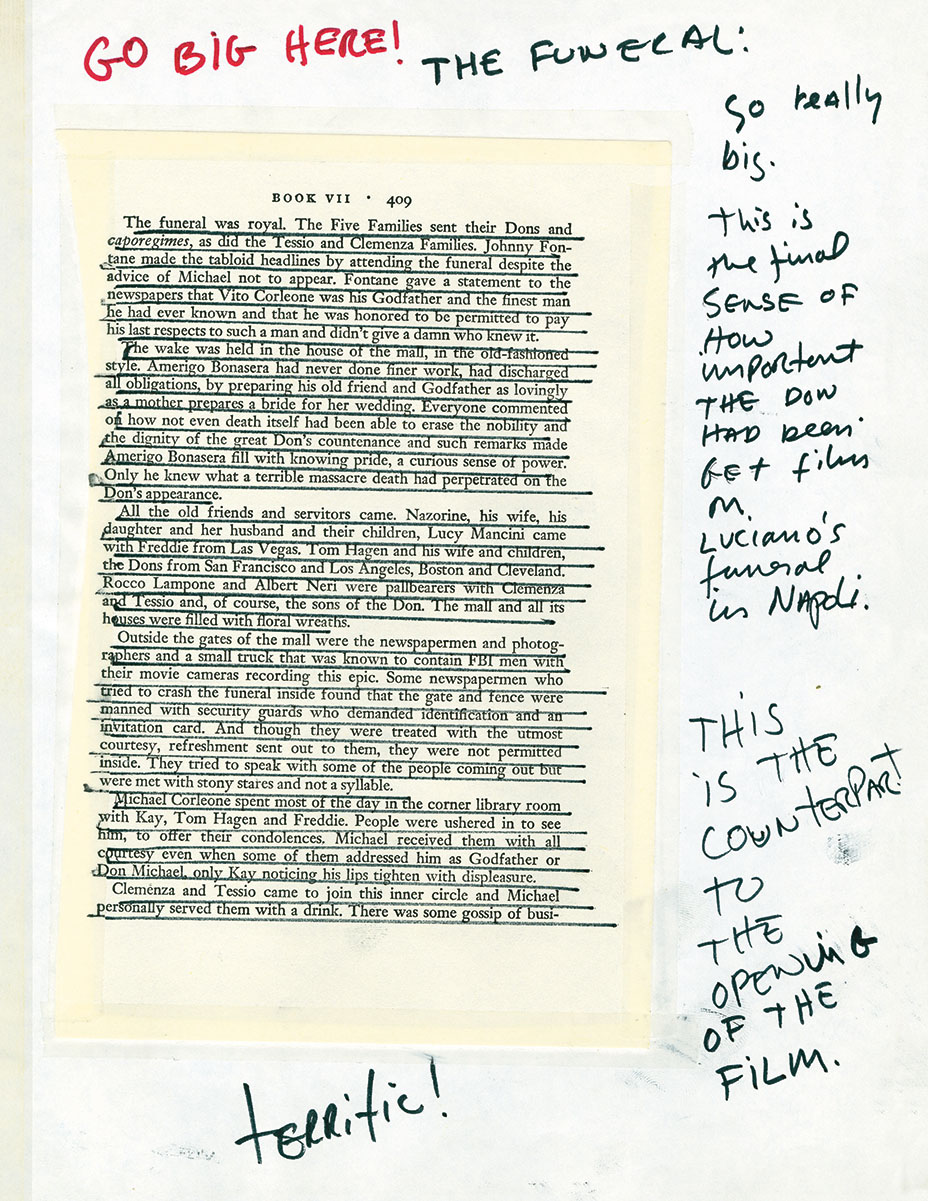 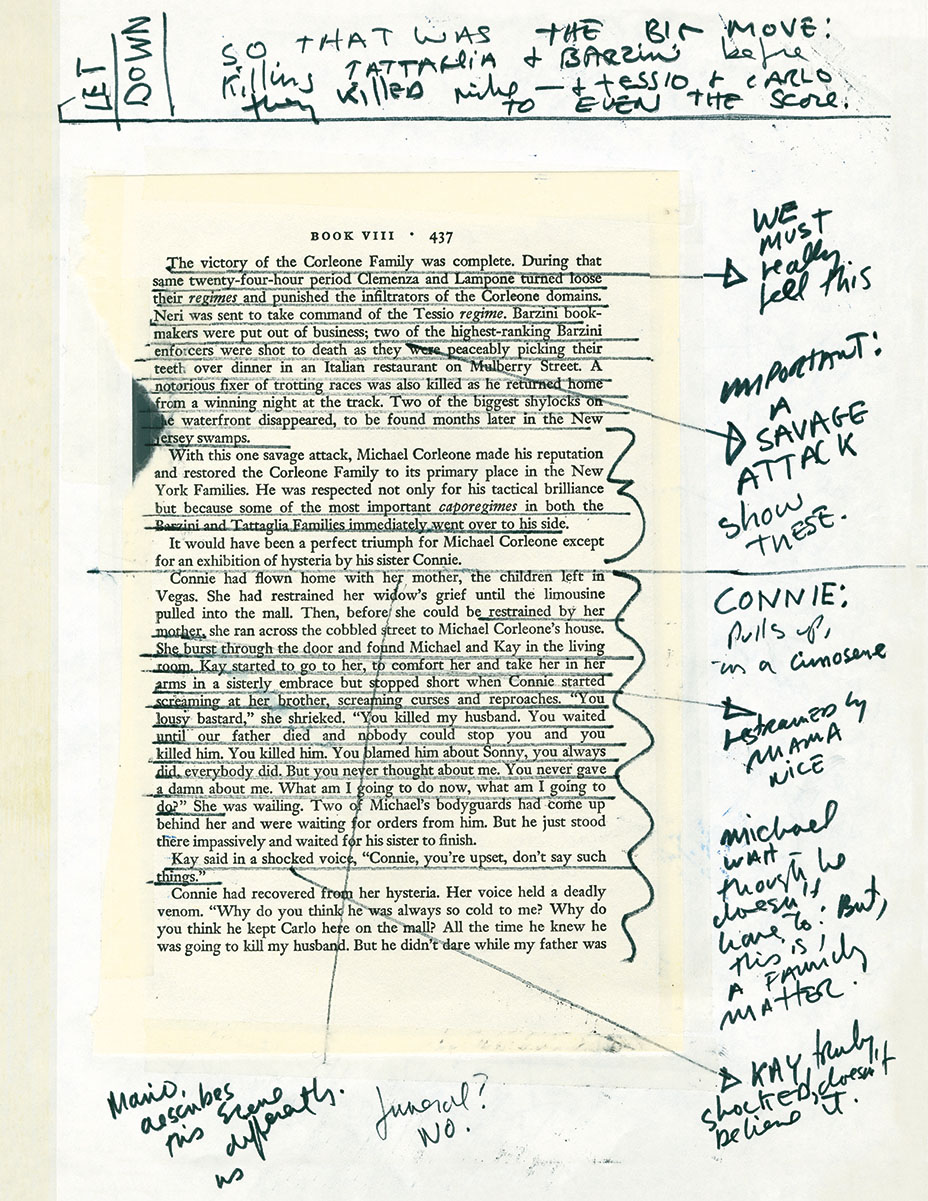 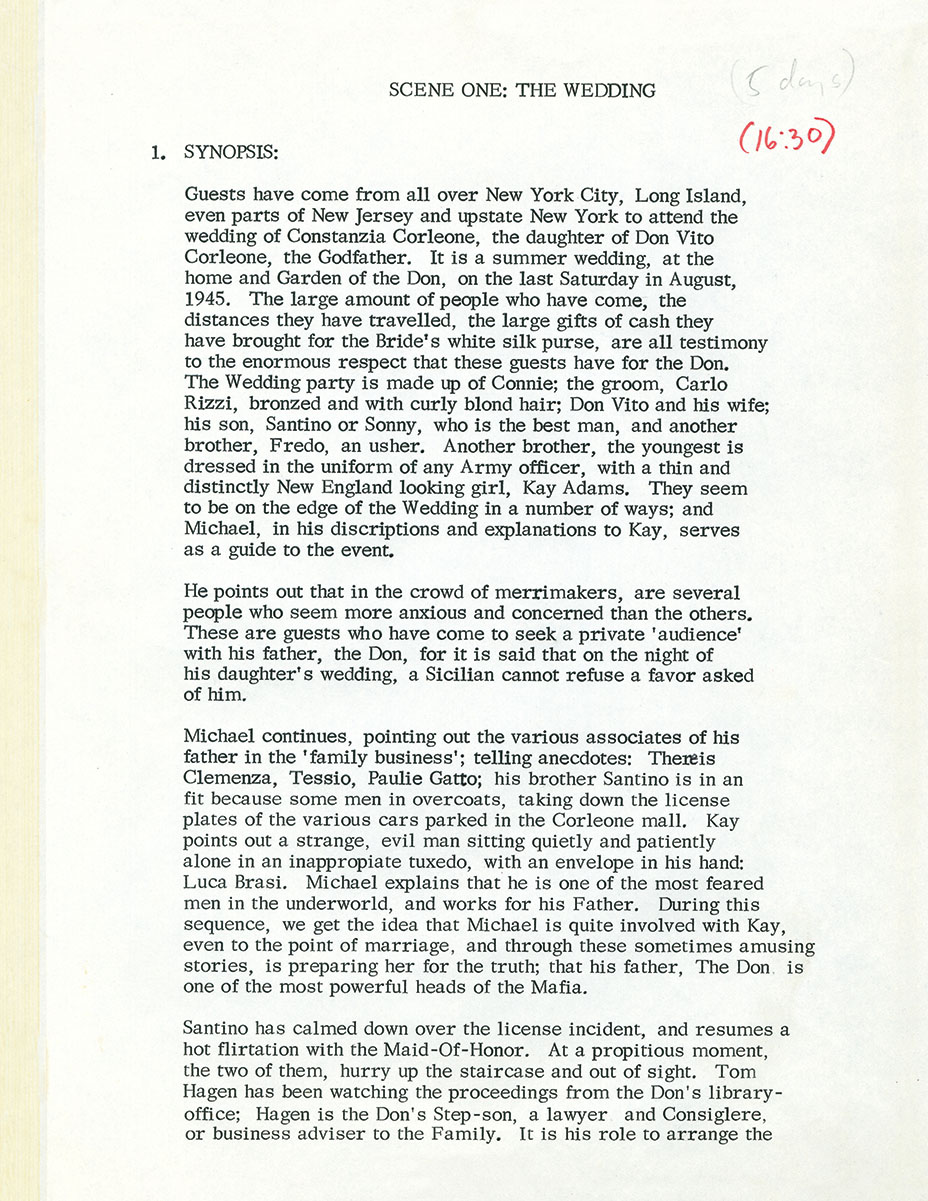 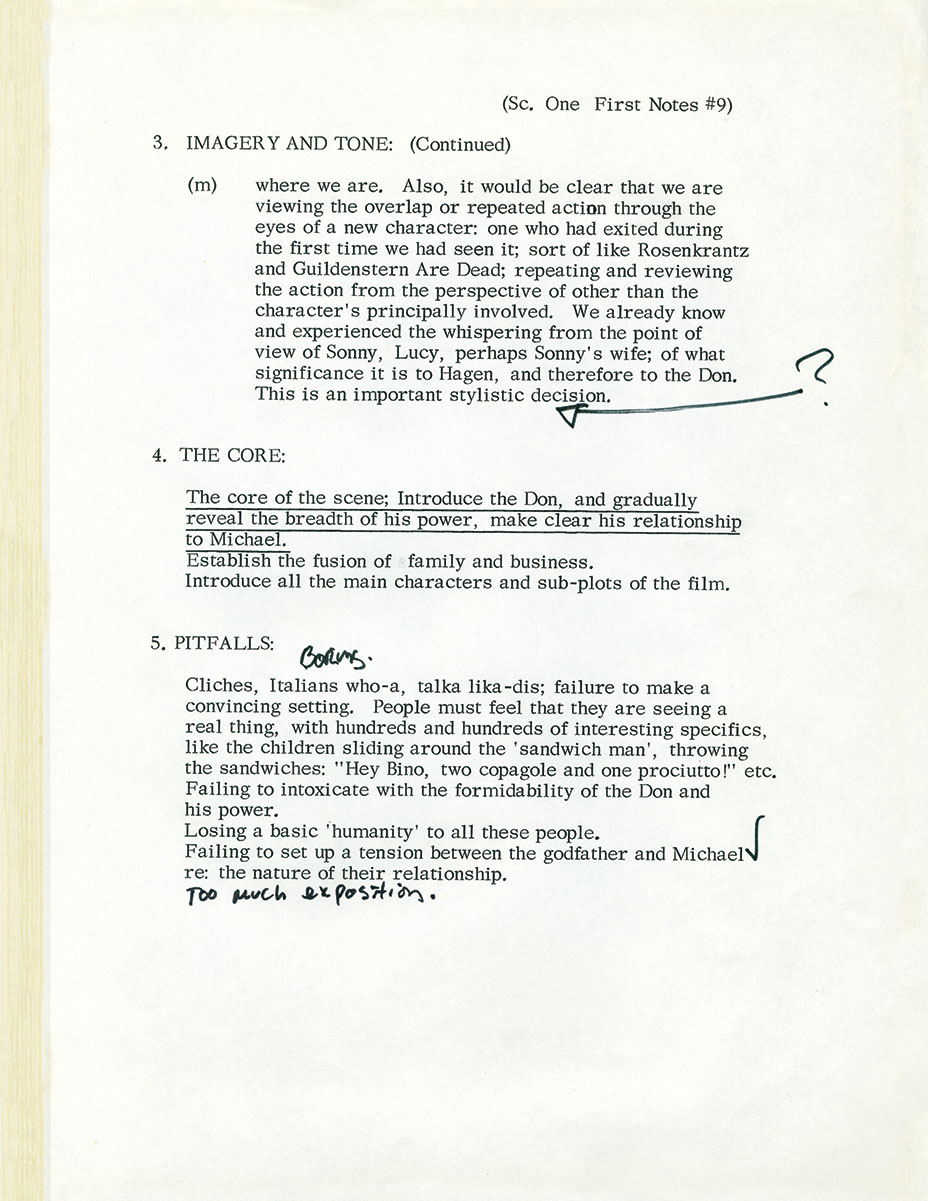 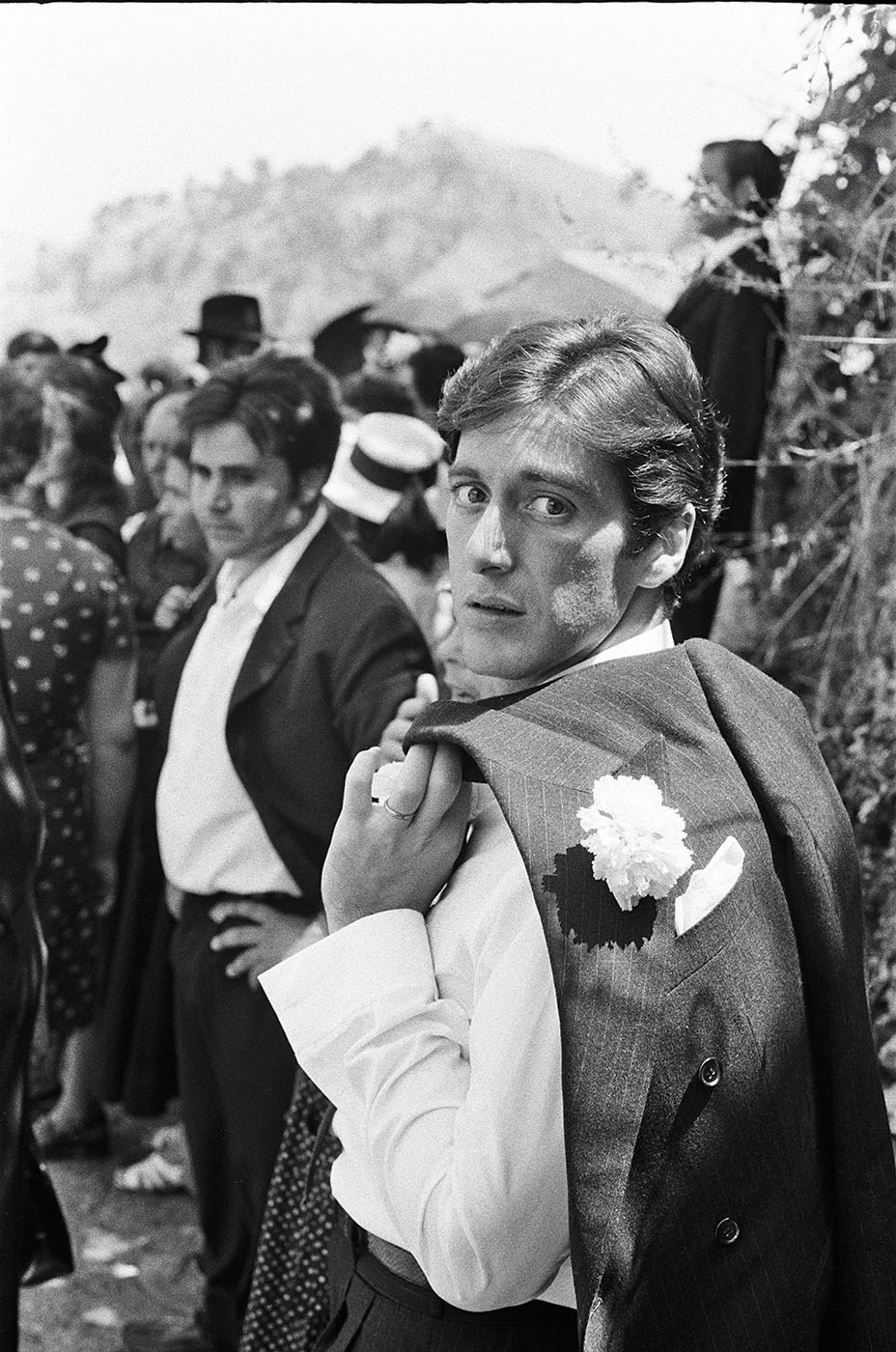 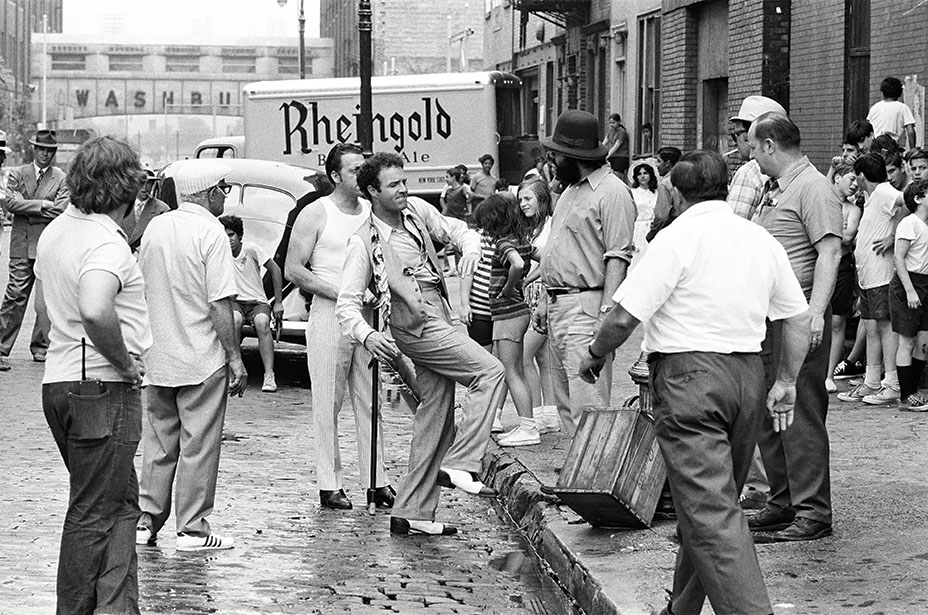 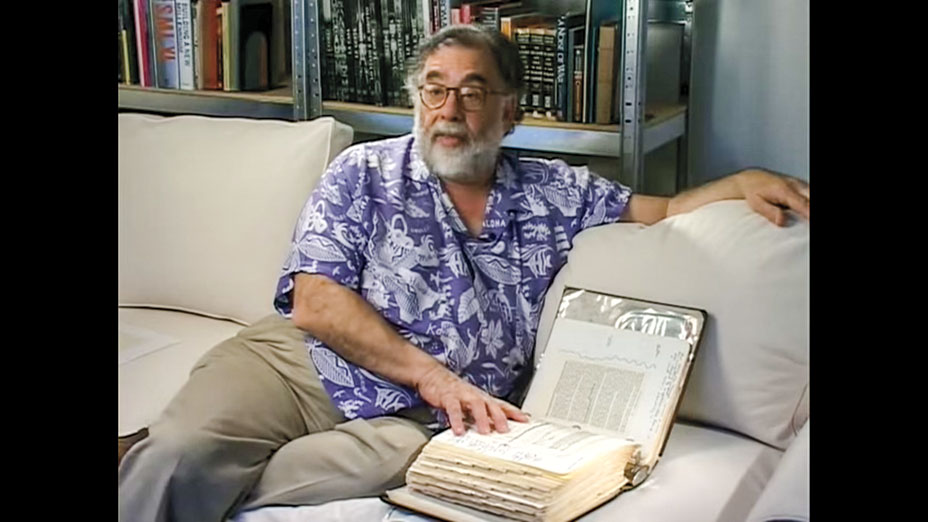 This story appeared in the Nov. 25 issue of The Hollywood Reporter magazine. To receive the magazine, click here to subscribe.