Britney Spears was the belle of the ball at Thursday night’s GLAAD Media Awards.

The pop star was honored by the LGBTQ media watchdog group with this year’s Vanguard Award, which was presented to her by Ricky Martin. But before she walked on stage to accept (more on her speech later), stars on the blue carpet gushed over why Spears has become such a beloved icon in the LGBTQ community.

The evening’s host Wanda Sykes explained that the singer’s LGBTQ fans empathize with her pain and struggles. “We love a mess,” the funny lady said. “Skip all the formalities and being all proper — just bring it. We love it.”

Star Trek: Discovery star Anthony Rapp said Spears can now be counted among a long list of gay icons, including Cher, Madonna and Judy Garland. “There’s something about the self-expression and the glamour and the fearlessness,” he said. “It’s not easy being a woman and it’s not easy being a woman in the entertainment industry and I think these women came at it with a kind of abandon that I think speaks to anyone who has to live in the shadows a little bit and has to find the courage to live on a daily basis.”

Guests packed into the Beverly Hilton’s grand ballroom and eventually rose to their feet and roared with applause when Spears walked from her table up the steps of the stage to accept her trophy. “Our society has always put such an emphasis on what’s normal and to be different is unusual or seen as strange but to be accepted unconditionally and to be able to present yourself as an individual and express yourself through art is such a blessing,” the “Toxic” singer said. “Events like this…show the world that we are not alone. We can all join hands together and know that we were all beautiful. We can lift each other up and show our gifts without hesitation. Being a mother has shown me what it means to love unconditionally and you all in this room have shown me throughout my career what it means to be loved unconditionally.” 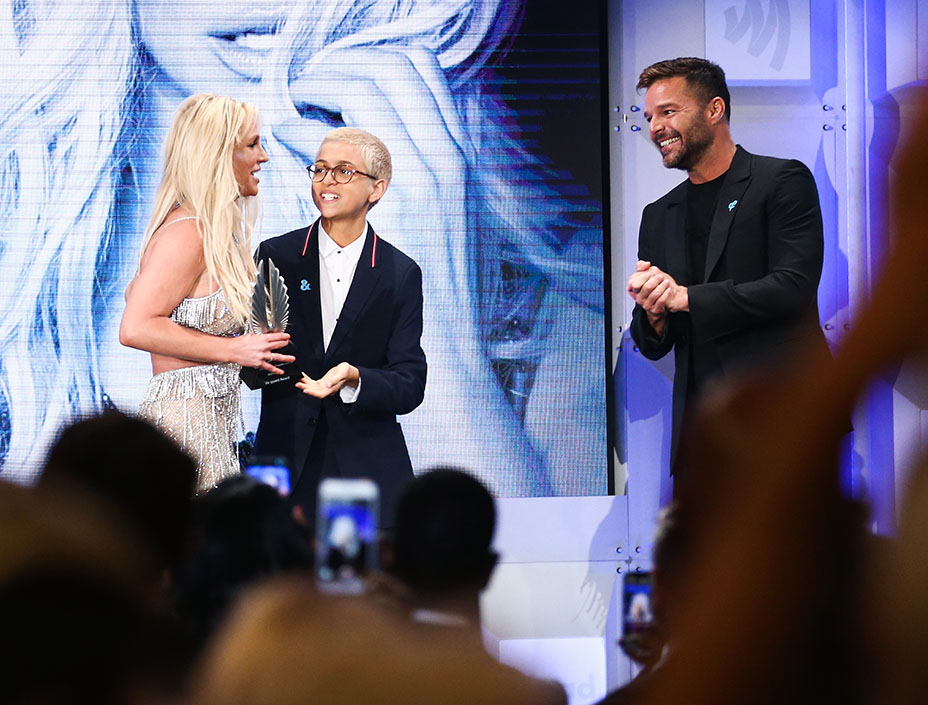 The night’s other marquee honoree was The Big Bang Theory star Jim Parsons, who took home the Stephen F. Kolzak Award. He began his remarks by thanking GLAAD for putting him in a room with Spears. “I’m currently working on putting together a movie that I desperately want her to be in and I consider this as my first step in my charm offensive to get her in it,” Parsons said. “I won’t bother her tonight, but Britney — my people will be calling.”

Ryan Murphy presented Parsons with his honor. “Jim is America’s fucking sweetheart,” the Glee creator said. “He has been for several years thanks to his starring role as Sheldon in the Big Bang Theory. I like to think of Jim as our Mary Tyler Moore.”

Parsons came out publicly in 2012. “I am mostly up here by following the leadership of my mother, who is here tonight,” he said. “My mother leads by example — be honest [and] don’t lie and in so many ways during this time in our world that’s really all I’ve done as a gay man. I’ve just been honest and kept on working. I am beyond fortunate to have this chance to live this honestly and I am beyond touched to be able to thank all of you for this honor. Thank you for those who came before me and thank you to all of you very very much.” 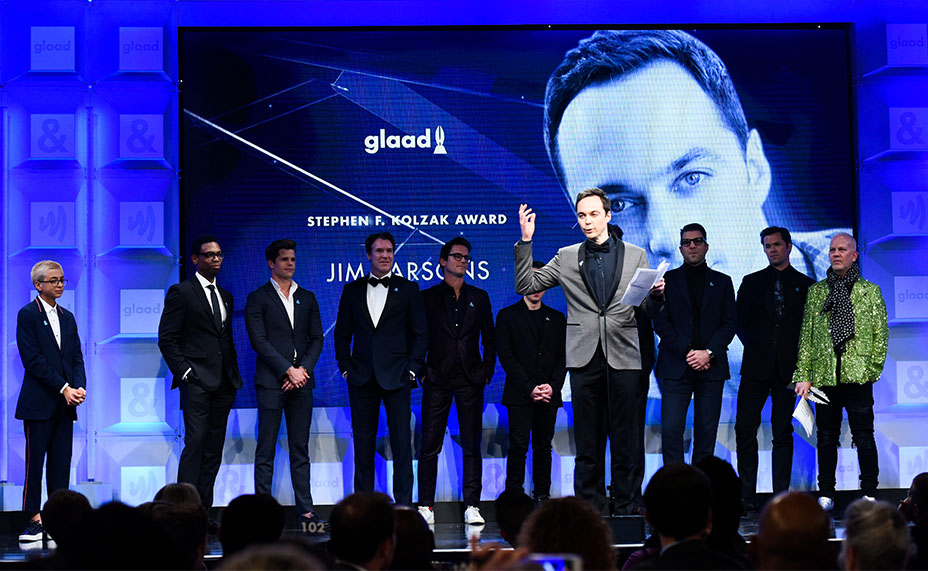 Other highlights of the evening included:

• Halle Barry was a first-time presenter, and joked about getting a “bad rap” for her starring work in Catwoman. “I think Catwoman deserves another goddamn chance, don’t you?” she said to cheers from the crowd. “I knew this room would understand.”

• Lena Waithe, while being honored for her “Thanksgiving” coming out episode of Master of None, explained why she prefers to call herself “queer” instead of lesbian. “I say that because I think it’s a big umbrella,” she said. “I don’t want to separate myself from my trans family, my non-binary and my bisexual families. I feel like sometimes we can be a little segregated, you know what I mean? You have the wealthy gays over here and the gays on a budget over there. You got the asexual people in that group and then there’s that group. We need to be united because Laverne Cox’s struggles may look different than mine but the pain we feel is the same.” 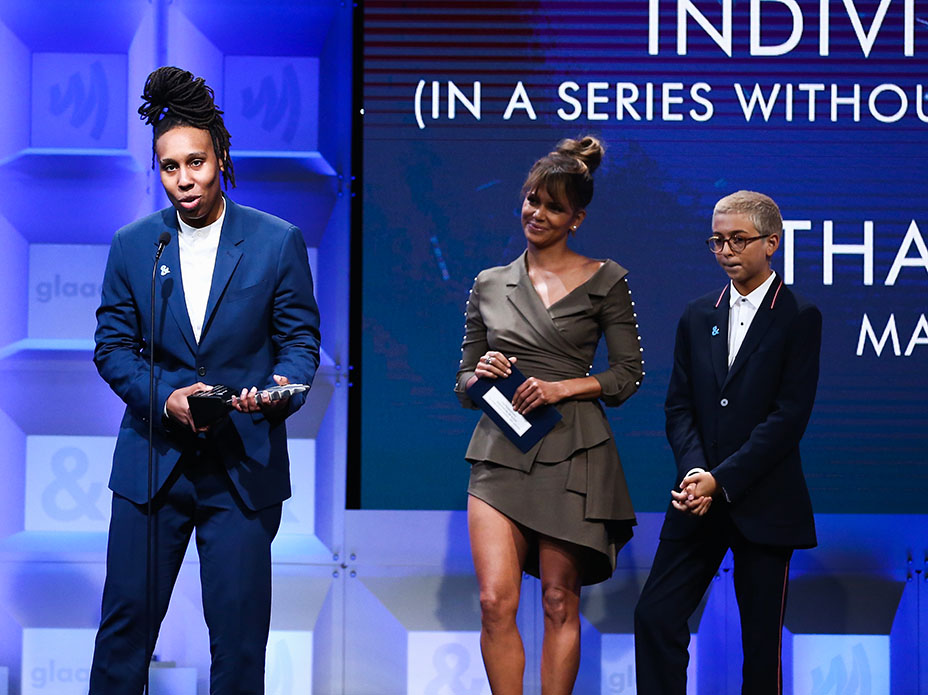 • Rapp thanked GLAAD for their help in guiding him through the process of going public with his sexual misconduct allegations about Kevin Spacey dating to when Rapp was underage. “I am so appreciative of their support,” he said, adding, “I had hoped that my story would encourage other people to tell their truth and that did happen.”

• GLAAD president and CEO Sarah Kate Ellis spoke about the Trump Administration’s anti-LGBTQ policies. “I see what is going on every day and how much progress we are losing,” she said. “They are erasing us, they are weaponizing religion and they are vigorously rolling back our rights.” That said, Ellis also reported that there are “glimmers of light” in the fight for full equality and acceptance, including a recent $15 million donation to GLAAD from the Getty family.

• The gala opened with a Ketel One Vodka toast led by Olympic figure skater Adam Rippon. (He also participated in a panel about gays in Hollywood hosted by the vodka company on Wednesday night at NeueHouse.)

• When the teleprompter went blank after Spears’ speech, Sykes cracked, “Britney Spears broke the show. What the fuck? Everyone left their posts. Look at this shit. Britney broke the damn show. Everybody lost their minds.” 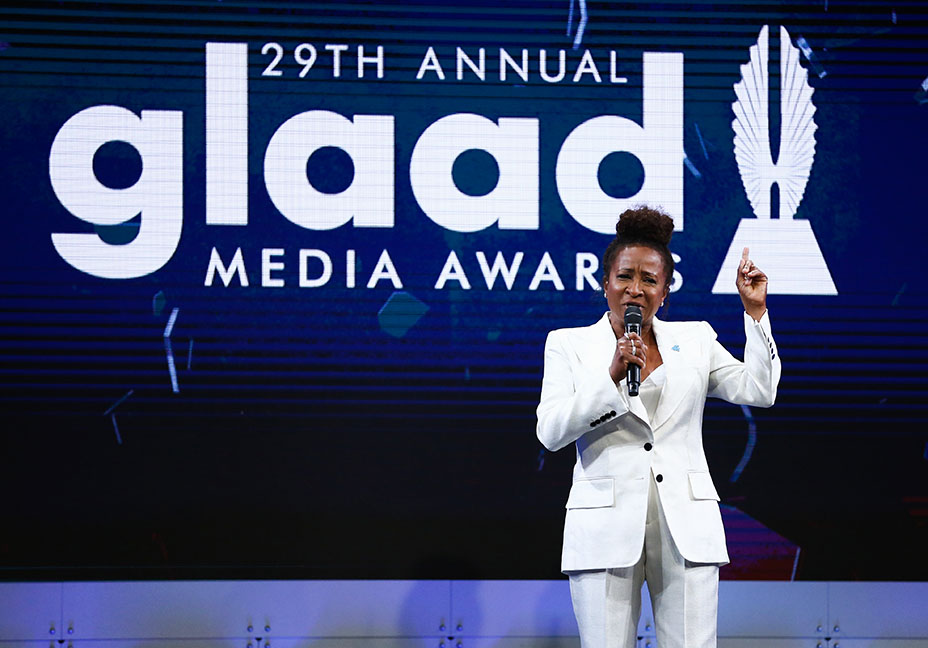 The awards will broadcast on Logo on Wednesday, April 18 at 8 p.m. ET/PT. 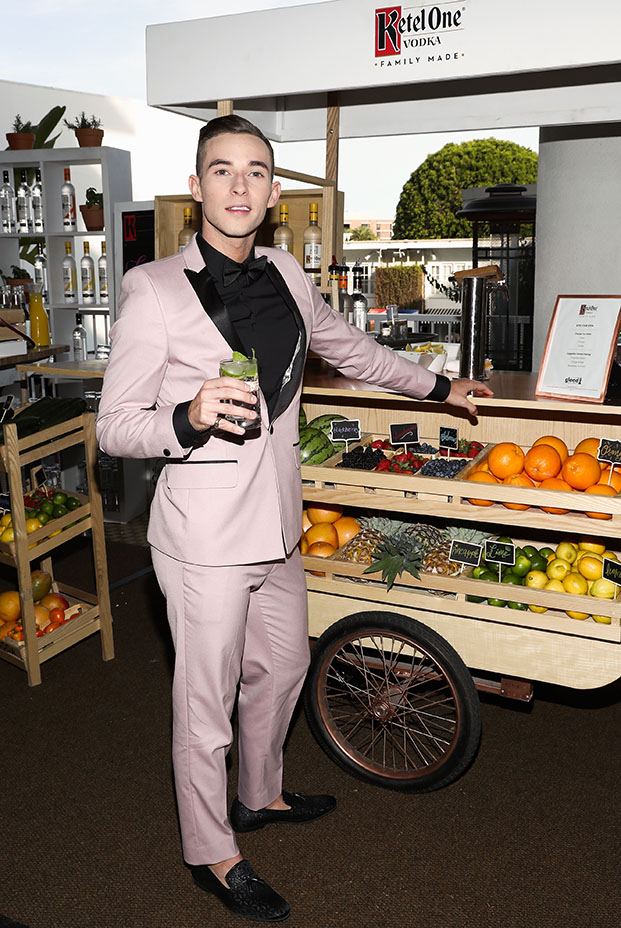 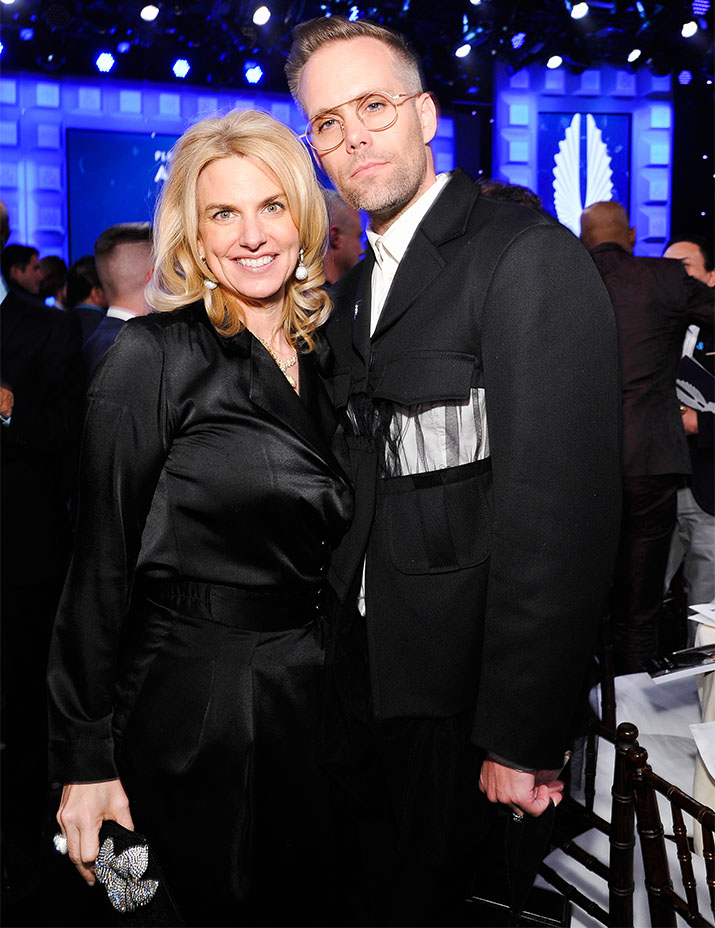 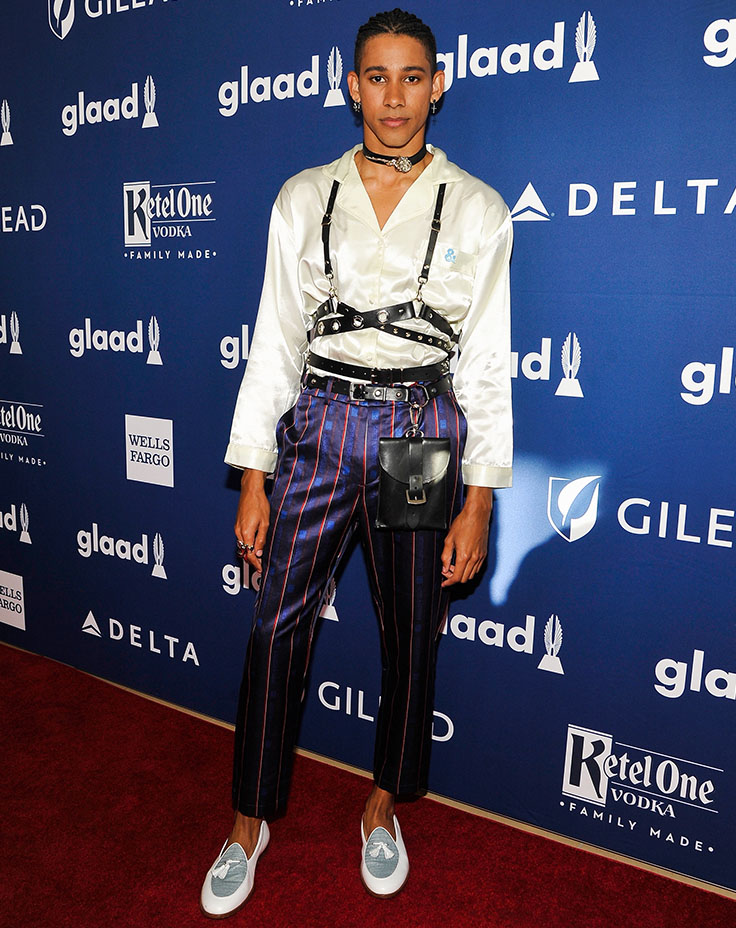