Though the 2020 presidential election is still over a year away, President Donald Trump’s future Democratic challenger was a hot topic at The Hollywood Reporter’s annual New York Power event on Thursday night.

CBS This Morning co-host Gayle King is still hoping her best friend Oprah Winfrey throws her hat in the ring, though Winfrey has repeatedly said she won’t run: “Oprah says to me many times, ‘The only way I’m running is if I get a call from Jesus,'” King told THR. “And I said to her, ‘Jesus called me, what should I tell him?'”

“I would say Kamala Harris’ rollout was probably one of the best; I think Mayor Pete Buttigieg has surprised everyone, but Joe Biden is an old pro and we have to see his rollout,” The View co-host Sunny Hostin added of the impending presidential contest.

Full Frontal host Samantha Bee couldn’t decide who she thought might end up going head-to-head with Trump, but in terms of media savvy, “Beto works it pretty hard. Kamala is great. Elizabeth Warren, I love her. She’s personally calling every single person who sends her $5.”

The gathering of news and political insiders, co-hosted by the Committee to Protect Journalists and Reporters Committee for Freedom of the Press, took place at The Pool in midtown Manhattan in conjunction with the publication of THR’s ninth annual 35 Most Powerful People in New York Media list. 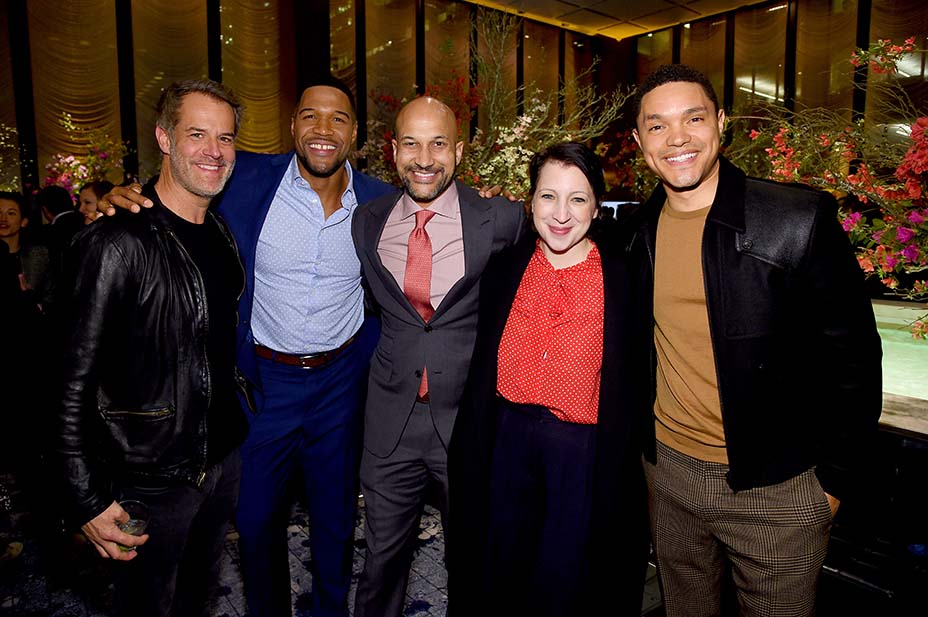 Barbaro commented on the plethora of Democratic candidates vying for the 2020 primary, which he saw an asset for journalists: “Incumbency is, by definition, kind of a simple story, even when it’s complicated, there’s one person. The Democratic field is now almost in the dozens, so it’s just extremely interesting,” he said.

Late-night hosts Trevor Noah and Samantha Bee made the scene with Late Show producer Chris Licht and Last Week Tonight With John Oliver producer Katie Thomson; Bee caught up with Watts for a chat during the red-carpet portion of the event. 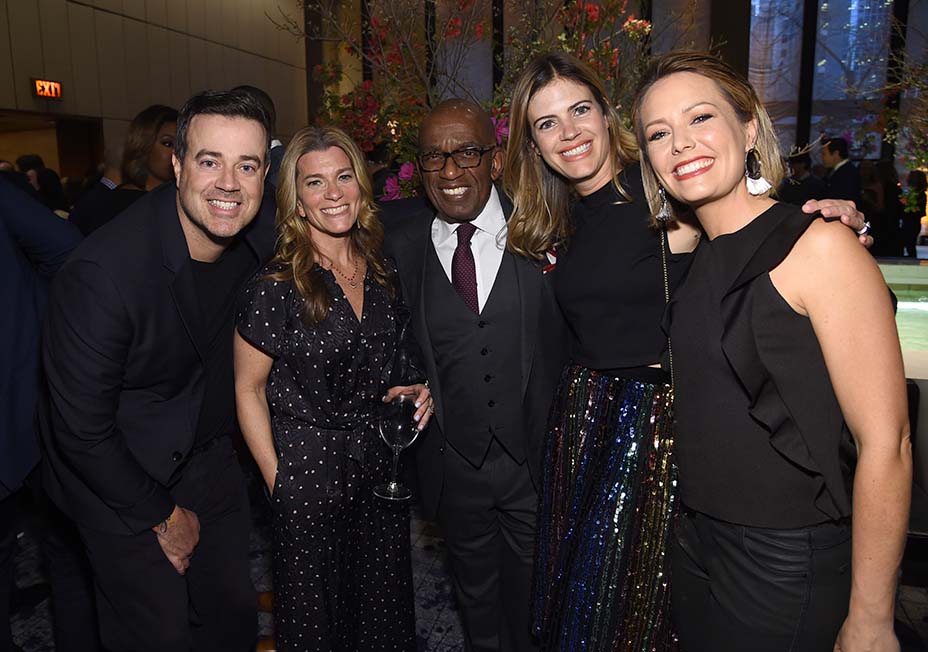 On the red carpet, Kotb talked about the last day of her Today fourth-hour co-host Kathie Lee Gifford, who she called a “legend.” “I don’t know that I’ve ever worked with someone that loved me that much,” she said. On her way off the carpet, she exchanged a hug with Guthrie, who had just arrived.

Also spotted at the event was Martha Stewart, who at one point toasted another guest who asked her how she felt about Lori Loughlin’s current infamy due to the college admissions cheating scandal. She raised a glass as the guest said Loughlin’s “going to be in the big house.” 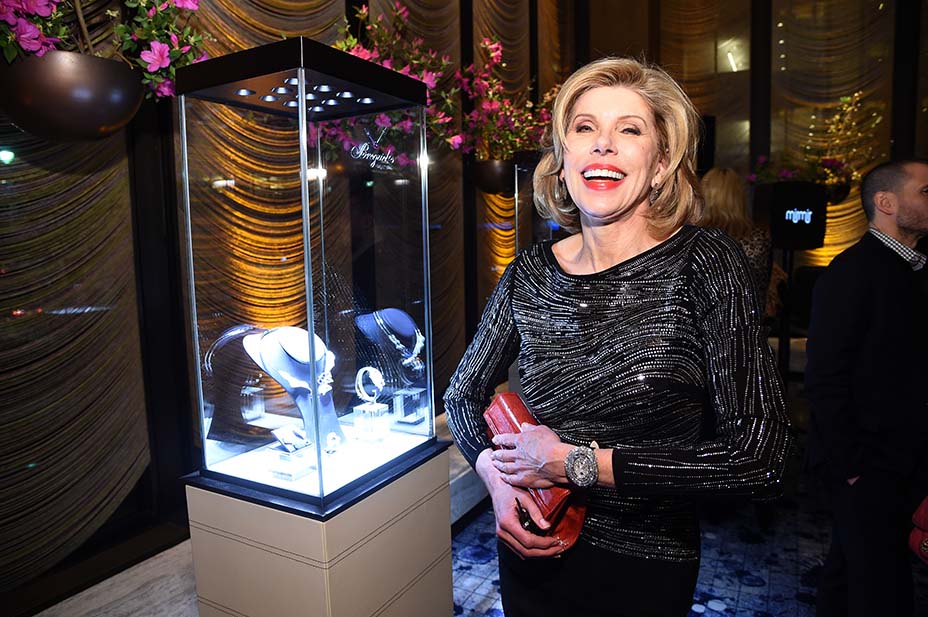 Keegan-Michael Key could be found, at one point, in a huddle with Noah, Strahan and The Hollywood Reporter‘s Matthew Belloni (Key’s wife Elisa Pugliese was also in attendance). Ann Coulter chatted with Carolines on Broadway owner Caroline Hirsch about the challenges of comedy in the #MeToo era, while Sex and the City author Candace Bushnell gave Watts a hug for the cameras and Brooke Shields, who attended with husband Chris Henchy, could be seen talking with fellow former models Carol Alt and Karen Duffy and staying late into the night. 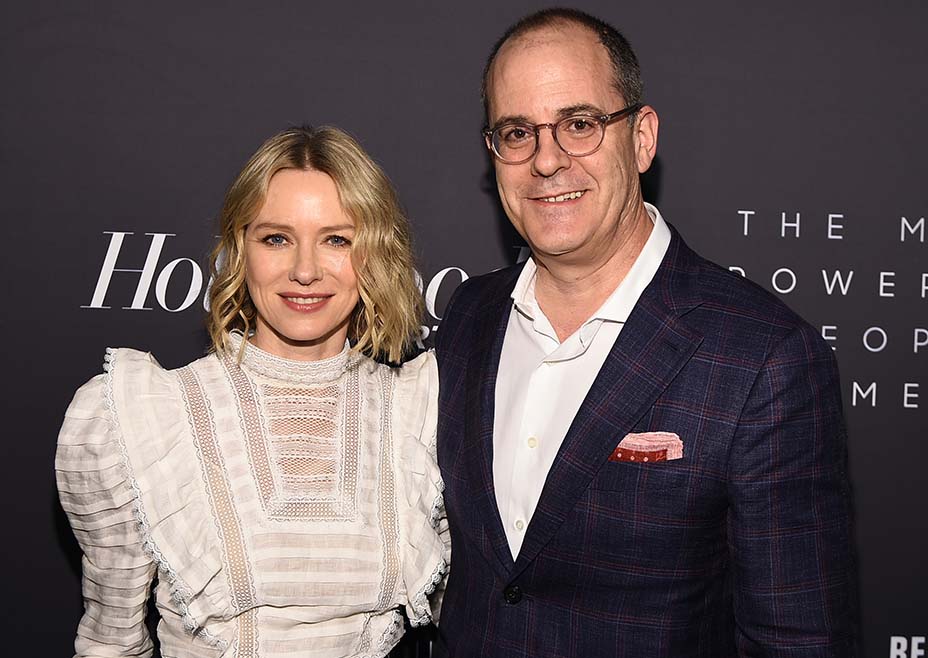 April 12, 7:46 a.m. This story has been updated to state that it was another guest, not Martha Stewart, who said Lori Loughlin’s “going to be in the big house.”