In Disney’s 2004 action-adventure film National Treasure, Nicolas Cage plays a historian hunting for fortune hidden by Founding Fathers who were Freemasons, including George Washington and Benjamin Franklin. The baroque plot, with its allusions to far-reaching power across time and geography, plays into the public’s long-running, conspiracy-minded fascination with the male secret society’s lore.

As it happens, Walt Disney himself was a member of a Masonic offshoot youth organization, and many of the founding fathers of the entertainment business — including Louis B. Mayer, Tom Mix and Cecil B. DeMille – were Masons. When California membership peaked at 245,000 in the mid-1960s, L.A.’s nexus for the group, the Scottish Rite Masonic Temple, had just been erected on Wilshire Boulevard in tony Hancock Park. (It later was used as a location in National Treasure.) 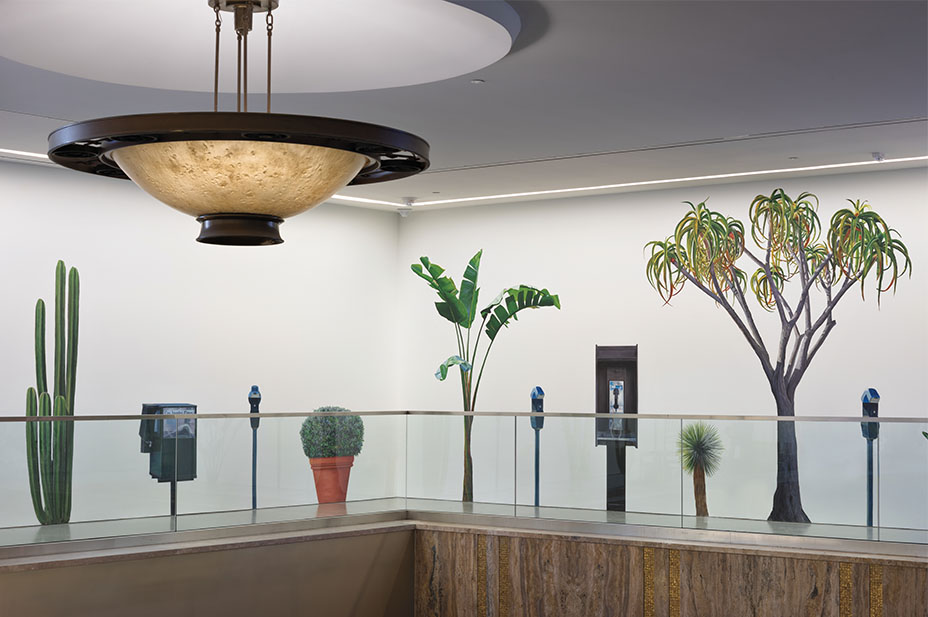 Now the Scottish Rite Temple, which the Masons reluctantly sold in 1994 amid declining local membership (today there are roughly 60,000 brothers in the state), will be reborn May 25 as the Maurice and Paul Marciano Art Foundation, a cultural center showcasing the extensive private collection of the mogul brothers who created the Guess empire. The 110,000-square-foot property’s famed Millard Sheets murals have been restored, while white-hot art star Alex Israel, who works out of the Warner Bros. lot — Jack Warner was, natch, another Mason — has added his own mural in the lobby. It was Israel who suggested the property to the Marcianos. They’d been in search of a flexible public showcase for grand displays of their pedigreed 1,500-object collection, which includes pieces by Takashi Murakami, Sterling Ruby and Mike Kelley.

For one of the opening exhibitions at the foundation — first revealed at a 500-person dinner May 20 that drew Ryan Seacrest, Owen Wilson and Sharon Stone, along with such name-brand museum fixtures as Murakami and Jonas Wood — artist Jim Shaw made use of some of the temple’s relics, including backdrops from past theatrical productions. “Their size, their height — it’s unbelievable,” says co-founder Maurice Marciano. “You get a sense of the power and spirit of what went on here.” 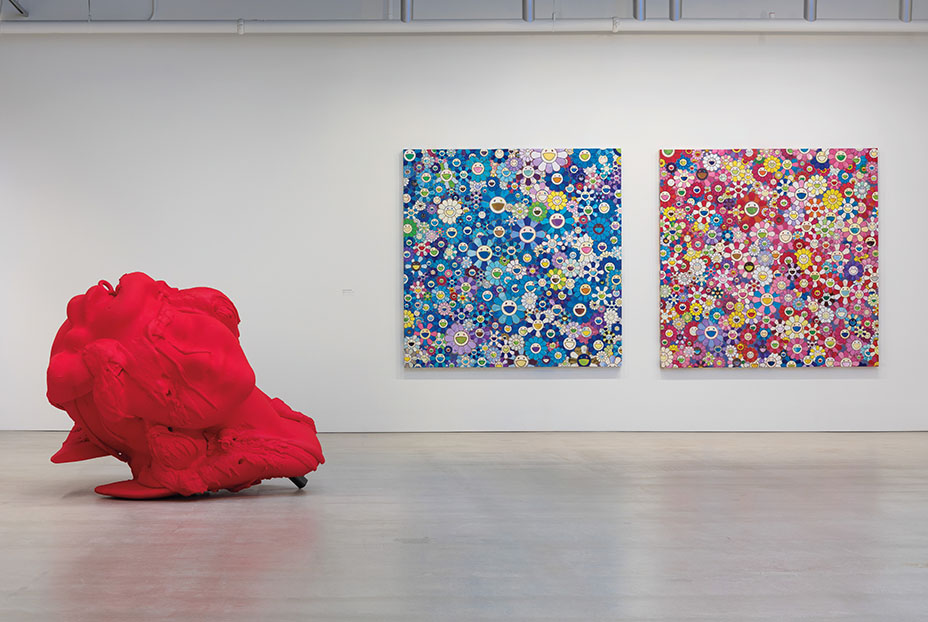 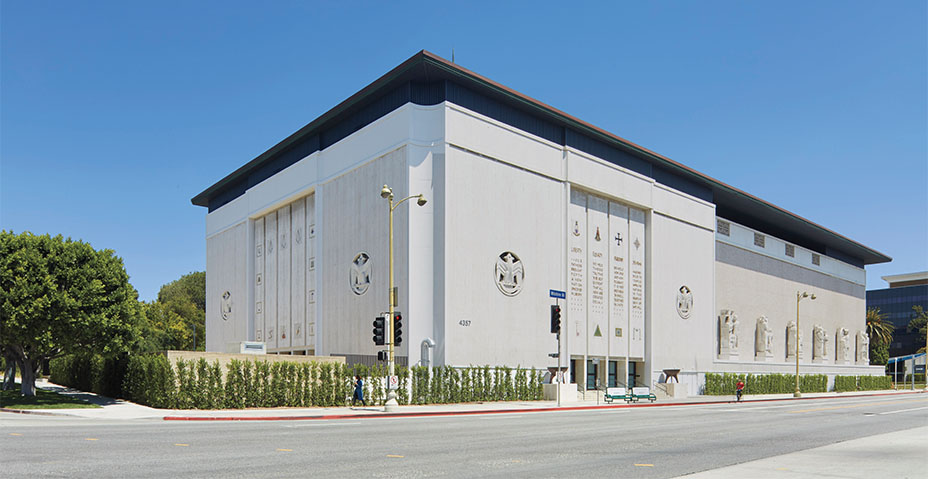 With its 3,000-seat auditorium and dining hall serving up to 1,500 men, the temple for decades brought together Masons from chapters across the region. Glenn Ford called what was then Palisades Lodge No. 637 home; Douglas Fairbanks and Clark Gable hung out at Beverly Hills Lodge No. 528; and Ernest Borgnine and Roy Rogers were brothers at Hollywood Lodge No. 355, next to the El Capitan Theatre.

The most industry-heavy chapter, however, was known as the Mount Olive branch; brothers met in a building at the edge of Hollywood Forever cemetery, just beyond the Paramount Pictures lot. “During the postwar period, there were 500 members there, and 95 percent worked in the business — it was the ‘motion picture lodge,’ and joining was a known way of getting into the industry,” says Stephen Wurtzel, a Mason (on the board of the Conejo Valley Lodge) whose Mount Olive member great-grand-uncle Sol M. Wurtzel oversaw production at Fox in the 1930s, even after Darryl F. Zanuck (yup, also a Mason) and 20th Century came in.

Today’s Hollywood has no analogue for the Masons and its built-in social networking — the kind of institution where actor Richard Dix (Oscar-nominated for his role in 1931’s Cimarron) would screen-test for fellow member Dave Butler, and a third member, Sidney Franklin, was the director of one of his first films, 1921’s Not Guilty. (At Fox, brothers would dine together at the old Cafe de Paris commissary on the lot; at MGM, the Masonic lunch bunch was known as the Square & Compass social club, after the architects’ tool symbols of the Masons.) Hollywood has always tended toward the clubby, but the venues and formats have evolved: While gender imbalances remain onscreen and off, the industry’s current members-only nexus, Soho House, is scrupulously coed. 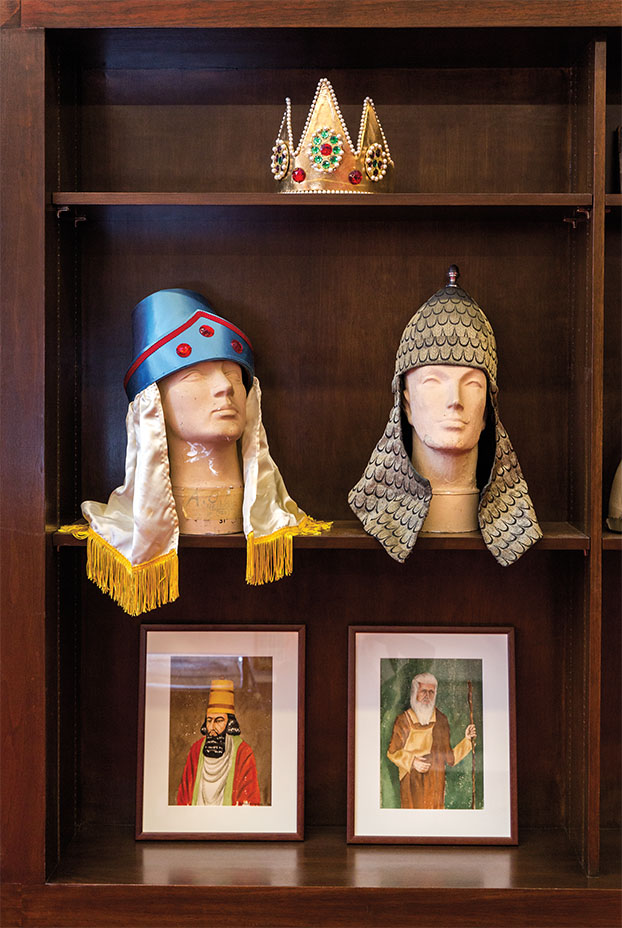 An international fraternity that traces its roots to England three centuries ago and is inspired by medieval craft guilds — specifically stonemasons — Masons utilize an extensive system of ritual and symbolism, mostly centering on biblical stories and conveyed through intricate plays they stage for themselves. The idea is to spur what amounts to a continuing moral education through adulthood. Kulapat Yantrasast, the architect responsible for the Scottish Rite Temple’s renovation into the foundation, muses that the building’s history of occult creativity makes it particularly appropriate as a home for fine art. “What’s special,” he says, “is that this space has always been about self-exploration.”

It’s no wonder that a club whose central activity is staging elaborate theatrical productions would lure so many who’ve made their career in entertainment. (AMC has a drama in the works, Lodge 49, about a Long Beach fraternal order; perhaps fittingly, producer Paul Giamatti didn’t respond to a request for comment about the show’s connection to the Masons.) 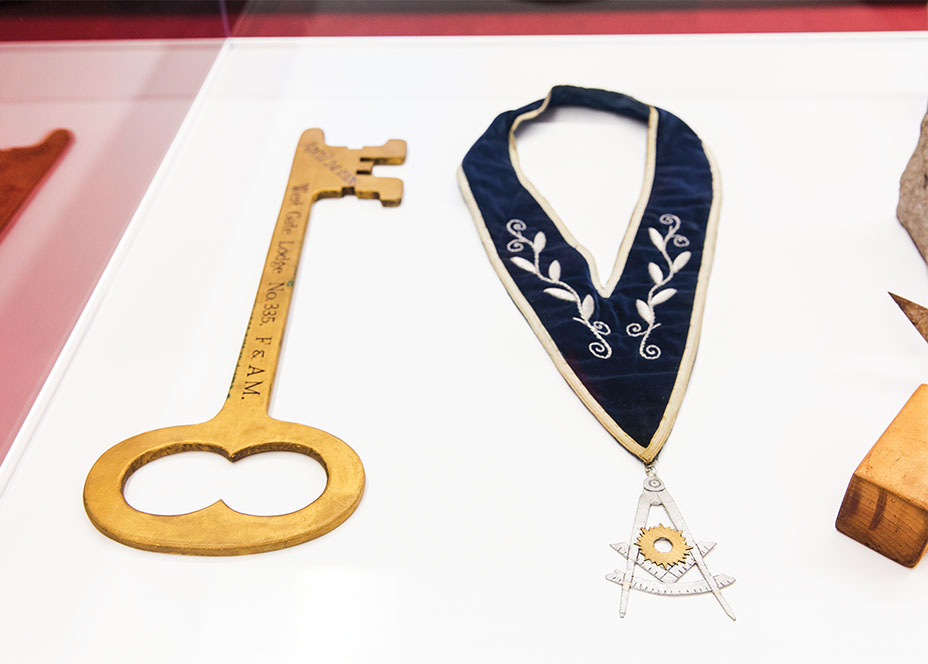 Political and religious enemies have attacked the secretive group for centuries. The fact that Richard Pryor, Oliver Hardy, Don Rickles and Bugs Bunny (Mel Blanc) saw fit to join — and that even the red-fezzed Shriners (of L.A.’s Shrine Auditorium) is a Masonic fellowship — hasn’t dimmed its sinister glow.

Masons have long been more welcoming than other established institutions of American and European privilege in accepting Jews, which may explain the strength of the organization in early Hollywood. (The association also has exacerbated problems for both groups: During the Holocaust, the Nazis spoke of a Jewish-Masonic conspiracy.) Bard professor Susan Aberth, an expert on secret societies, has curated an exhibition at the foundation of artifacts left behind by the Masons (including lavish costumes) when they sold the building, leaving it to be used for everything from hip-hop concerts to weddings before Marciano purchased it four years ago. The central premise of the group’s storytelling is the construction of the Temple of Solomon, says Aberth. “It doesn’t get more Jewish than that.”

Visitors stepping away from the foundation’s Cindy Sherman and Jeff Koons works and out onto the top-floor terrace at the newly restored Scottish Rite Temple can glimpse a sweeping view north over Hancock Park, all the way to the Hollywood sign. 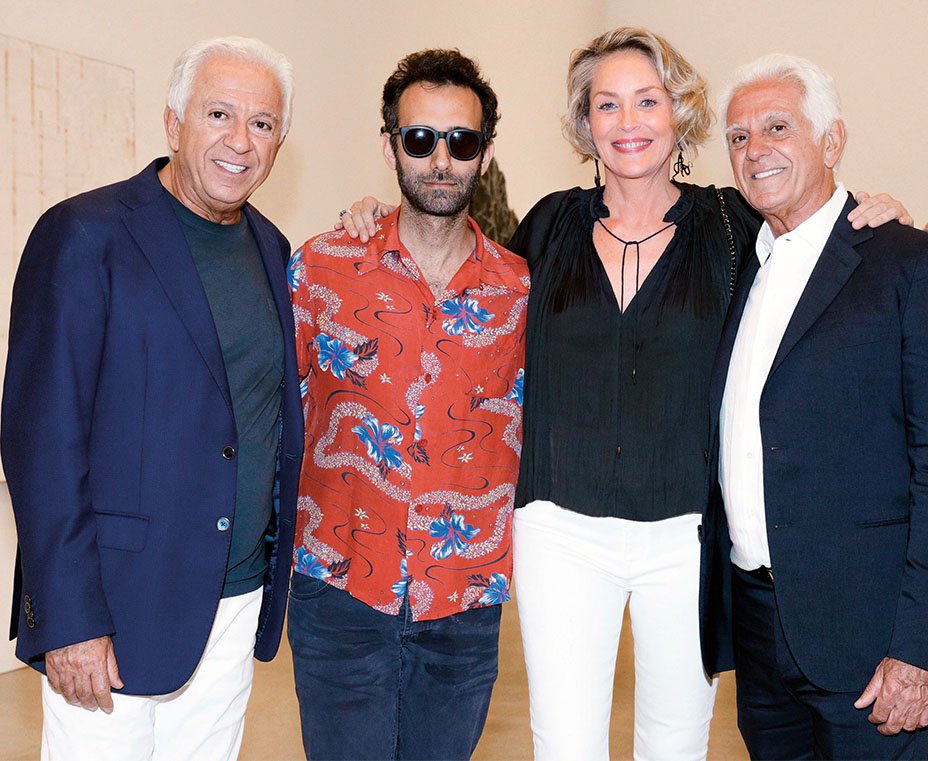