Six minutes before 8:30 p.m. Thursday night, June Diane Raphael maneuvered her way to a back corner of Lombardi House, a pleasant hideaway event space in a less-than-pleasant neighborhood of Hollywood. Clutching a microphone in one hand and a short stack of typed remarks in the other, the actress turned producer turned businesswoman — wearing a chic black leather dress with a tuxedo blazer draped cape-style over her shoulders — managed to quiet more than 250 women in the room in under a few seconds.

“Wow. Wow. Wow,” she exclaimed. “I am so overwhelmed by all these attractive women. I am so incredibly proud and overwhelmed and dare I say inspired by the size of this crowd and the response of our community to this mission … to sell you guys some affordable and amazing timeshares.”

The last part of that sentence proved to be a cheeky setup to a punchline about real estate in Anaheim. (“They don’t have ocean views. They face the highway. There are tons of blackout dates. Just open your minds.”) But she wasn’t kidding about being overwhelmed. Sometimes being popular is a good problem to have.

Raphael would soon be joined on the mic by business partner Jess Zaino and the two presided over an informal presentation of a brand-new venture called The Jane Club, “a work and community space with an emphasis on women and the working mother,” Raphael said. April 19 had been saved on the calendar for weeks and they had hoped to be hosting the launch party for The Jane Club at its location in Hancock Park, but within 12 hours of sending out the invites, it was clear that the launch event would be over capacity. So they shifted the location to Lombardi and briefly explained the last-minute switch.

“It shows you the demand of this thing and how badly we need it as a community,” Zaino would later explain during her portion of the remarks. She’d also break a bit of news, but more on that later.

“What exactly is The Jane Club?” Raphael asked the group of well-heeled guests. (Aside from a male photographer and this Rambling Reporter, the room was filled with only females.) “Probably just a group of alarmingly attractive women — and yes, that’s true — but also, The Jane Club is a workspace where women can work, write, think, answer emails, learn lines, record voiceovers, read scripts and do their work.”

She then detailed the Erin Fetherston-designed space and all of its various amenities, covered exclusively in The Hollywood Reporter. There’s a salon, study, recording studio and private offices. Women can sip wine or coffee, have conversations or be alone. Get a blowout, and maybe some Botox. Members can even drop their kids off in the child care space, charge their phone or take home prepackaged meals. There will be events, activities and classes. Basically, The Jane Club covers it all, and that was the plan.

“We are a space that recognizes the details of women’s lives, the granular tasks, the schedules, the brain space we are all occupied with. We unburden you, we help you,” Raphael said. “We help so that in our space you can have more space to feel good, to feel energized so that you can work, mother and learn and do the next unimaginable thing.”

Speaking of imaginations, it was clear from the hoots and hollers in the room that nobody expected the launch party to include a few announcements. The biggest one being that the founders and investors are already moving forward with a second location, yet to be determined, even before the first one has opened its doors.

“Because of the outpouring of support of interest, we are opening already another space,” Zaino revealed, breaking the news to the crowd that included Charlize Theron, Kelis, Lindsay Sloane, Brooklyn Decker and Casey Wilson, among others. “It’s pretty wild. … We hope to have you join us in our next investment phase.”

Some are already on board. Raphael also announced that United Talent Agency has committed to helping out with the Jane Legacy Fund to provide gift memberships to women in the community who might not otherwise be able to afford it.

“The Jane Club is a space that fosters community. We believe in physical bodies being together in a room as we are right now. Feel that? Yes,” exclaimed Zaino, before getting serious about the bond of sisterhood. “We reject the oppressive narrative around cattiness and competition. It’s a narrative that keeps us apart. That has not been our story, June and I. In motherhood, in deep grief and in celebratory joy, we have been lifted by our community of women.”

The sentiment kicked off a cheer of “wahoo” from the women inside Lombardi House, just one of several moments featuring cheers and expressions of positivity. (Speaking of, guests raised their glasses filled with bubbles and more by Piper-Heidsieck and Nonino, companies that employ women in key senior roles.) Zaino didn’t miss a beat as she then took a brief dive into the history of The Jane Club and the woman its named after. That would be Nobel Peace Prize winner Jane Addams, who founded the club Hull House in Chicago in 1889.

“We take Jane Addams and the work she did back then very seriously, brought it today, and are making sure that The Jane Club is a way we can verb the word ‘Jane.’ Are you a Jane? How do you Jane? We’re The Jane Club,” she said.

Peppered around the room were pictures of the Hancock Park location, which guests checked out while sipping the night’s signature cocktail, dubbed (what else?) The Jane, a vodka-based brew mixed with the club’s baby food partner Plum Organics Apple Blackberry Baby Bowl. Plum Organics will be the official baby food partner and a variety of Plum Organics pouches, baby bowls and snacks will be on hand for all the little ones.

But since this was a night with no children present, the language reflected serious adult conversations as well as featured profanity. In closing the remarks, Raphael said how their team had been inspired by the Black Lives Matter, #MeToo and Time’s Up movements, and that the club is happening now “for a reason” because they are ready to demand more from the culture at large. “We are committed to dismantling our own instincts toward patriarchal and hierarchical power structures,” she said. “We are committed to treating each other with love and respect. We are committed to investigating the ways in which we are upholding oppressive systems, and working hard to dismantle them.”

But wait, there’s more: “And also having a lot of fucking fun!” 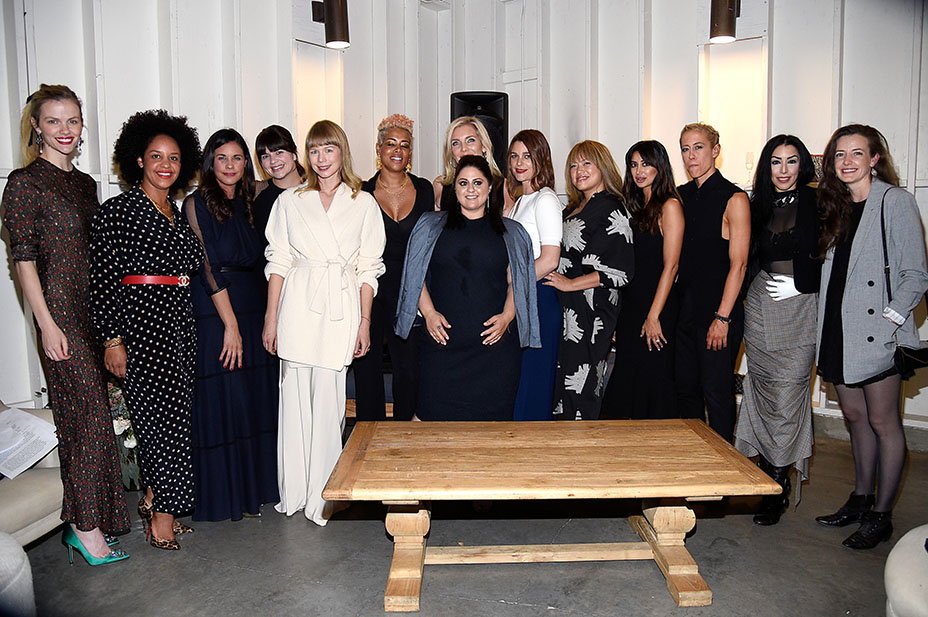 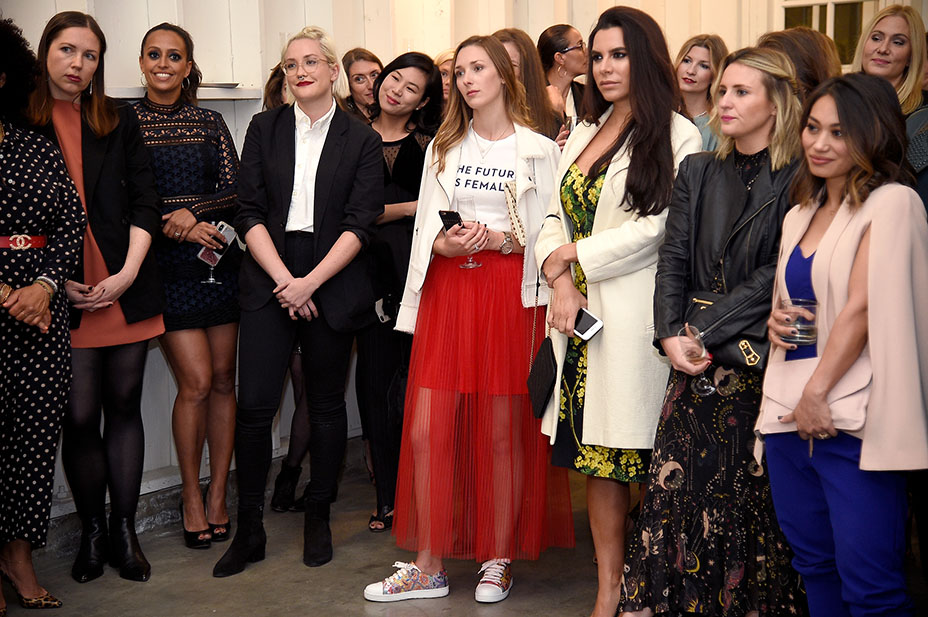 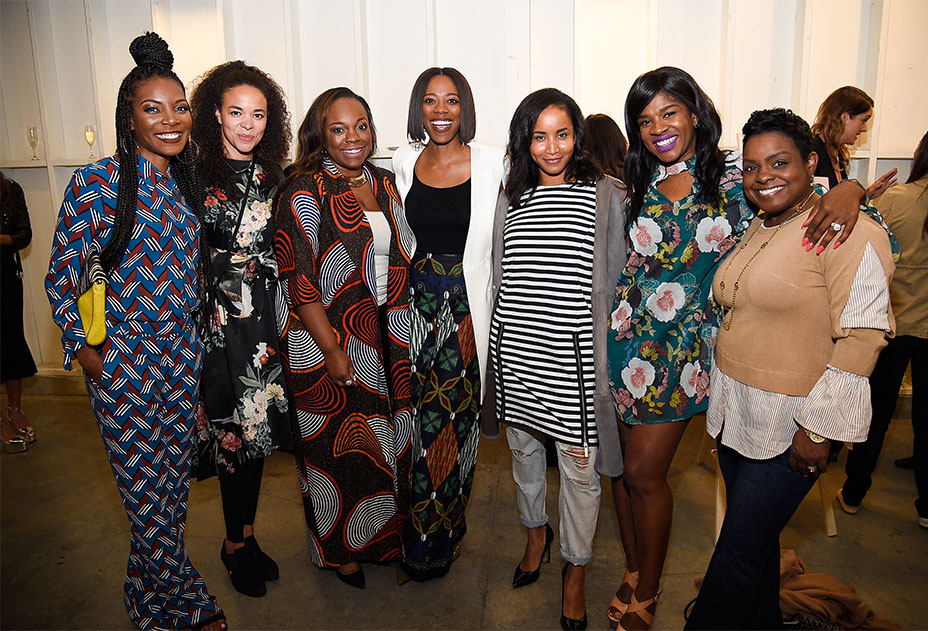 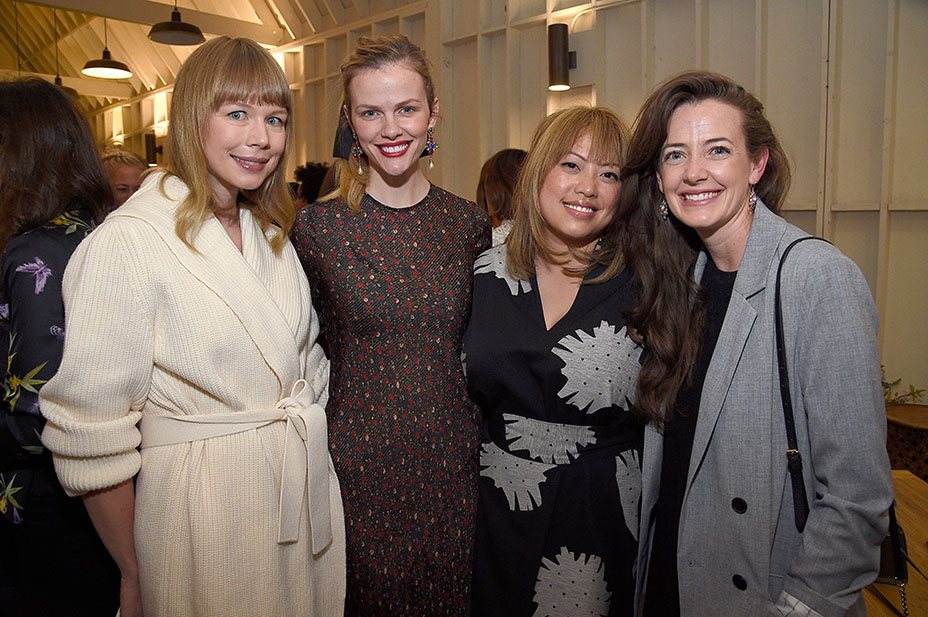 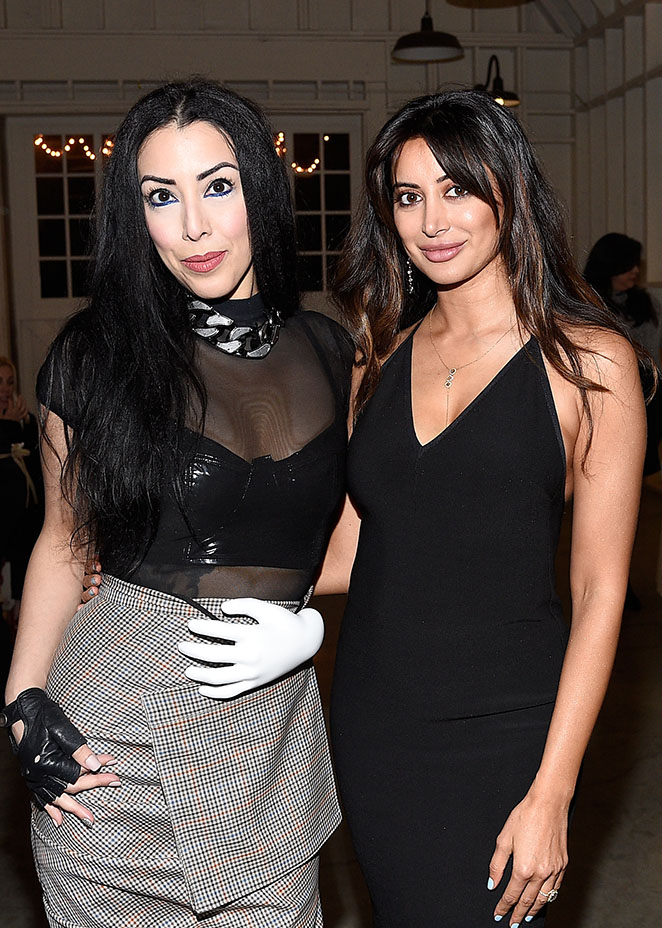 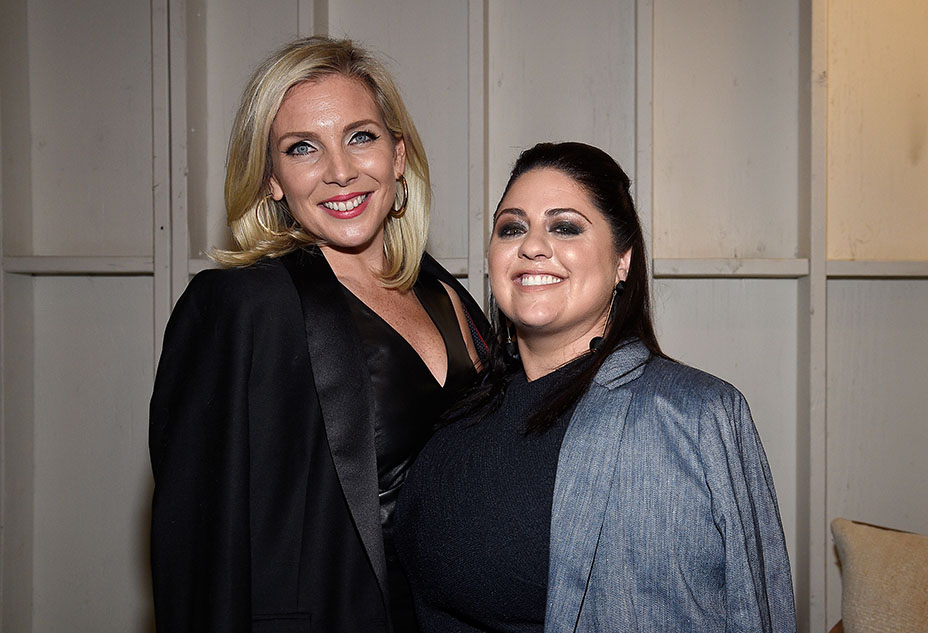