Lucy Liu’s prized possession as a child was a discarded hubcap. “It had a lot of spokes … and some red on the inside logo,” Liu says with a laugh, recalling this talisman of her New York City upbringing. But it wasn’t just the hubcap. She also collected bits of concrete, scavenged from a construction site near the Jackson Heights, Queens, apartment that she shared with her Chinese immigrant parents and two siblings. “Those are the things that I remember most, the stones, and the big deal was the hubcap. It was like a treasure.”

Liu, 50, has been picking up garbage ever since. Even now, after a two-decade film and TV career (Kill Bill, Charlie’s Angels, CBS’ Elementary) with a parallel track as an artist, she salvages scraps from on-the-go meals — banana peels, pits — wraps them in a napkin and carts them home in her purse to compost. “People make fun of me,” she says. “I get it.”

Her fascination with detritus also features prominently in her art. For Lost and Found, a project she began in 2012, she affixes soda can tabs, bottle caps, bits of wire and other sidewalk finds into hand-bound books discarded from an Italian printing house. Her work as a UNICEF Goodwill Ambassador — she made her first trip in 2004 to the HIV-ravaged South African nation of Lesotho — helped crystallize the concept in her art. “It was so shocking to me how much accumulation of garbage there was [there],” she says. “And it breaks my heart to see children in that environment. The parents are off working and you see 2-year-olds rummaging through the garbage.” 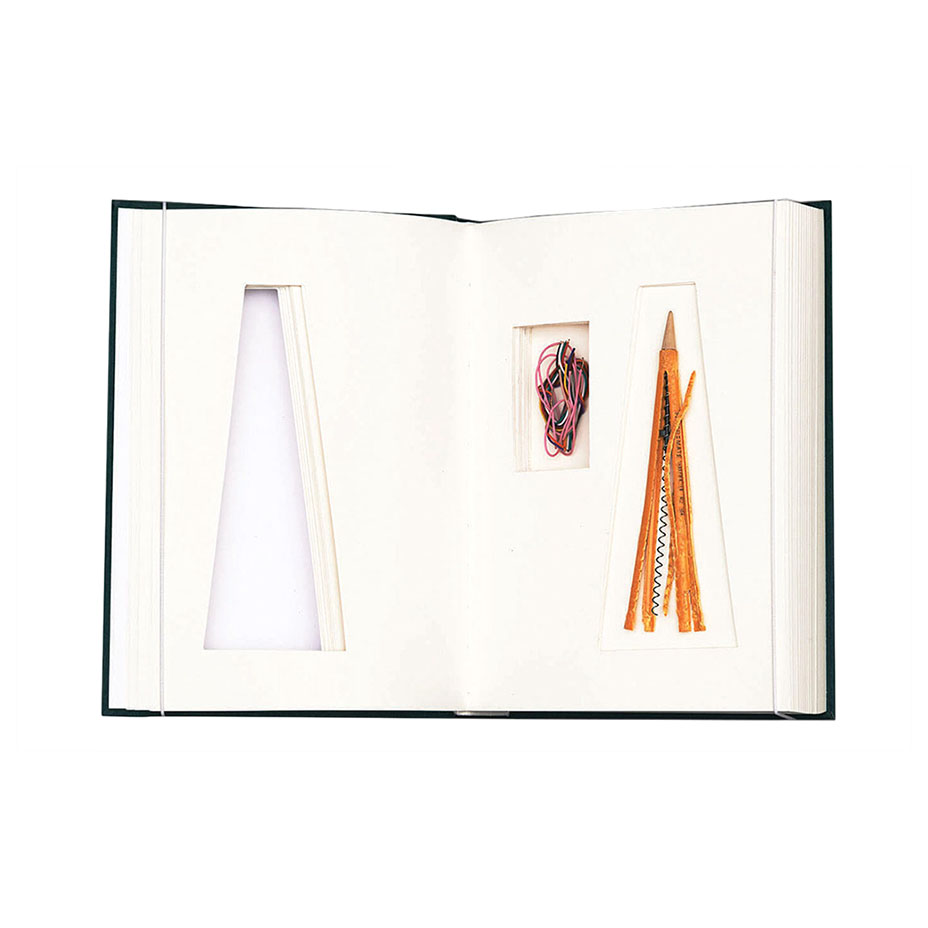 Those travels caused her to reflect on her history, her family. “It’s very interesting what you’re reminded of and what you discover along the way as a person,” she says. “The discussion in [Lost and Found] is a comment on what we see and what we don’t see, what we choose not to see.” The books are among her works on view at a two-person show with India-born Shubigi Rao at the National Museum of Singapore (through Feb. 24).

Liu studied art at the New York Studio School and has been showing her work since the mid-1990s, at first under her Chinese name, Yu Ling. “It was a form of protection and also to allow the viewer to have a very clear and open mind when they came to see the works,” she explains of the shield. Starting in 2006, she began showing work with one-off gallery shows in both New York and L.A., as well as Miami and the U.K., Germany, Finland and Canada. She started exhibiting as Lucy Liu in 2011. “Yes, people will have preconceived notions,” notes Daniel Chen, her dealer, who co-curated the Singapore exhibit with the museum’s director, Angelita Teo. “But once they see the physical art in front of them, they’re going to have a reaction separate from that. The work is strong enough to stand on its own.” Chen says Liu’s pieces generally sell for between $10,000 and $50,000. The Totem series — biological drawings rendered as intricate stitchwork on rough canvas that served as a meditation on the emotional and psychological manifestations of the spinal column — sold particularly well. 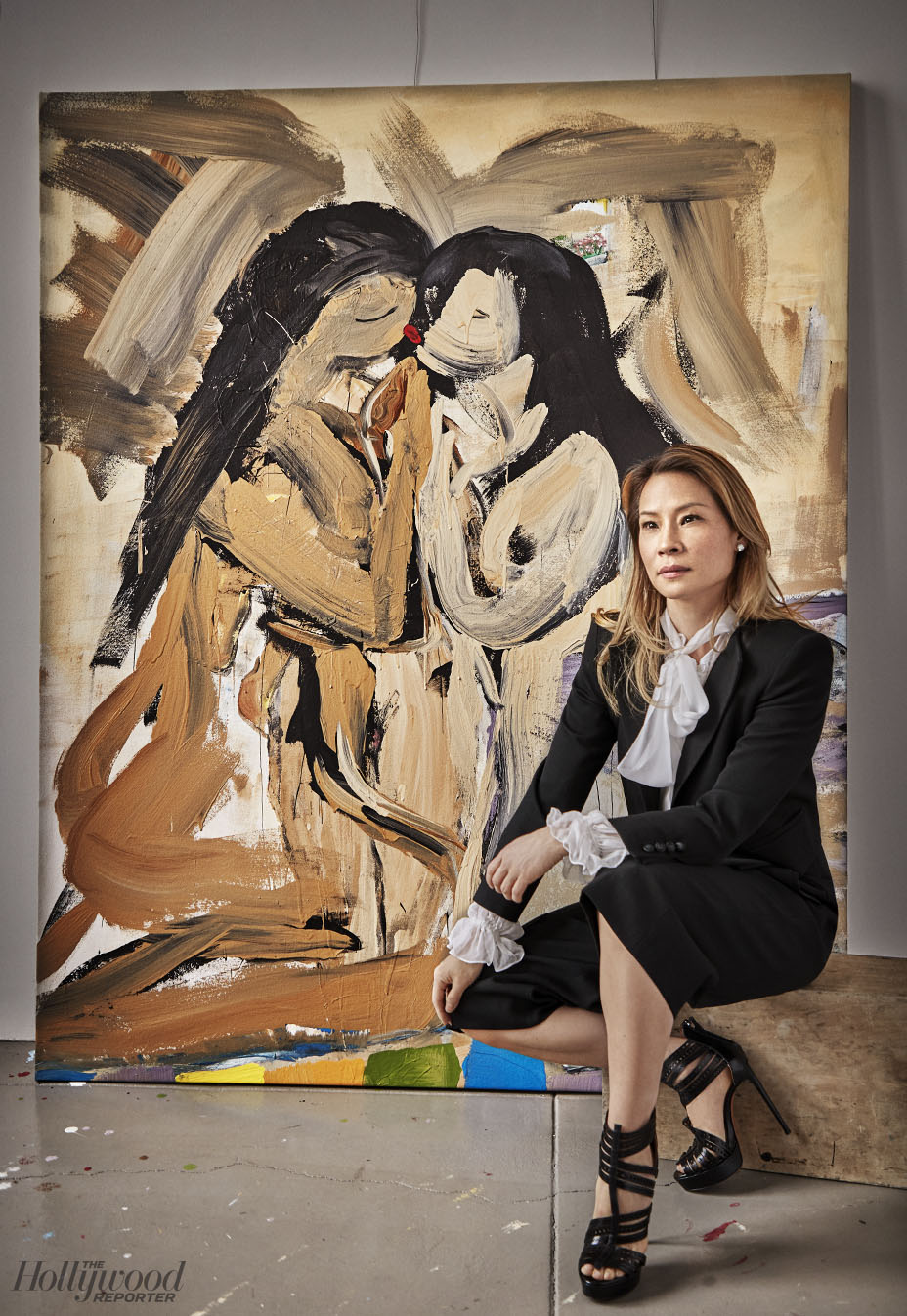 Liu’s figurative paintings — inspired by shunga, Japanese erotic art popularized in the 17th century — are ruminations on her upbringing in a family where sex and nudity were taboo. When she first began to show these works, a dealer suggested she recut the canvases to eliminate the exaggerated genitals (the work in this article is a relatively tame example). “I can’t do that,” she said. “They were like, ‘Well, do you want to sell? Do you want to create this career?’ I found that so outrageous. [I was] being censored once again. As a child I was not allowed to ask questions but now I can’t even show …” she trails off. “I know it’s aggressive, maybe it’s not your taste, but that’s not the point of the piece.”

Liu lives in Manhattan with her 3-year-old son, Rockwell (she moved from L.A. back to the city more than 10 years ago). Until Rockwell was born, her apartment was her workspace. Now she has a studio at Mana Contemporary, a sprawling art facility in Jersey City. Showing THR the space on a Friday in early February, she’s surprised at how bustling it is on a weekday — until now, she has mostly been here on weekends and holidays, care of her schedule on Elementary, which will end with its seventh season later this year. (The show wrapped production in December.) She has a couple of films ahead (including Matthew Lillard’s The Last Weekend in May) and just signed on to Marc Cherry’s dark comedy Why Women Kill for CBS All Access. It’s a steady gig without the intense demands of a lead role on a network hour. “[That’s] a marathon: Let me just survive to get to the end,” she says. With a toddler son, she adds, “I don’t think I could go on that journey again, not any time soon.” 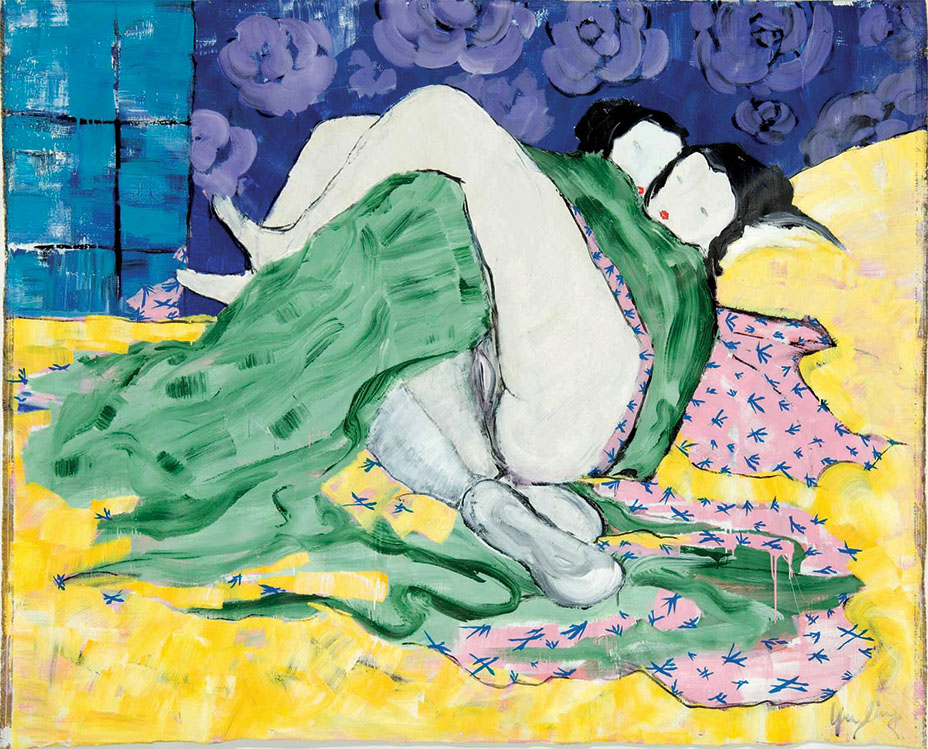 Hanging on the wall of Liu’s studio are three large paintings of nudes. In one, two females crouch head-to-head as if sharing a kiss — or a secret. Get close enough to the canvas and you can see a window ornamented with a flower box; you realize that there is another painting underneath: The original works are paintings of old family photographs. “My father was quite ill at the time, and so I [took] some old photographs and tried to transcribe them onto canvas. And I didn’t feel satisfied with what I was seeing. So I started to loosely paint over them and they turned into these large nude images, sexual images.” Her father died in October 2017, and she hasn’t revisited the works since. “To see the struggle and then the decline of the body …” she says. “He was always a very strong and vital person, and to see that happen, it doesn’t seem real. It’s the recognition of mortality.”