In a secret location on a quiet lower Manhattan corner, not far from the Hudson River, is a new sex club. There, on Friday and Saturday nights, past a velvet rope, a bouncer and front-desk check-in, down a perilously steep flight of concrete stairs — illuminated red by a scrawling, Jenny Holzer-esque chyron urging “SEND NUDES” — about 100 people gather in a maze of 16 rooms. Some are in brick-walled spaces dressed as a jail or doctor’s office; others are behind doors in private, by-reservation-only rooms that cost $1,000 a night and pay homage to the likes of Leonardo da Vinci. The membership-only crowd is 60 percent female, according to the club’s owner, with a vibe that’s described by one recent attendee as “hetero-flexible.” Participants work mostly in entertainment, fashion and media. Some are famous. Some are very famous. All are under a heavy fog of pot smoke. Many of the women wear expensive lingerie, some men are wearing masks with their head-to-toe New York City black. Some are mingling, some cuddling. And, yes, twos, threes, fours and more are doing, well, more. 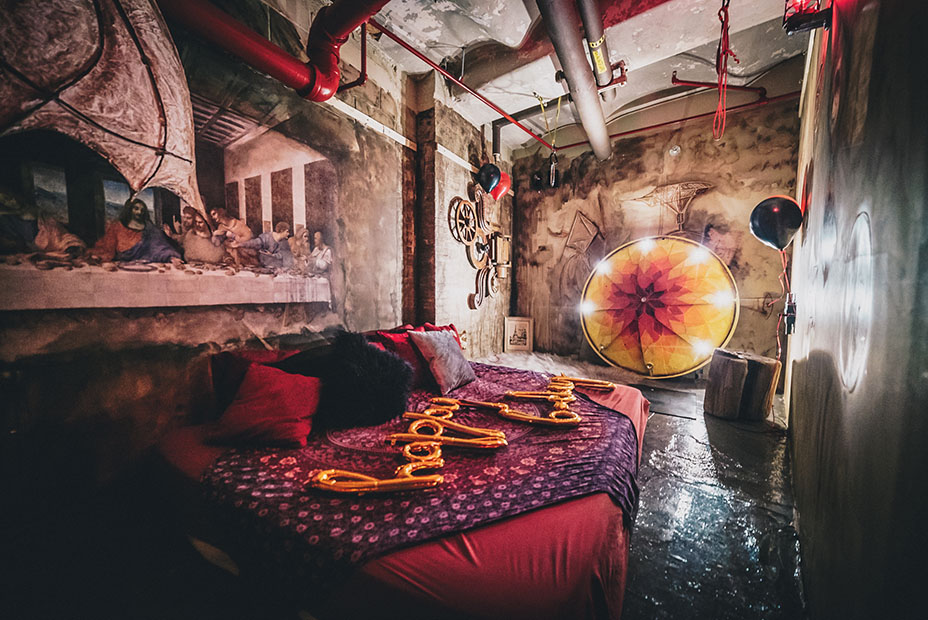 Formerly a theater, the club named NSFW — that’s New Society for Wellness — opened in September, at a time when the media and entertainment industries are still working out how to navigate sexual relations in a post-Weinstein era. Existing at the crossroads of millennial sex positivity, legal cannabis and consent culture, NSFW exercises the kind of discretion associated with gatherings like, say, Madonna’s Oscars party. “You will be kicked out if you take your phone out,” comments a 51-year-old L.A.-based manager with network TV clients. “With this crowd, privacy is currency.” He, like other members interviewed for this story, asked that his name not be used.

Whether or not NSFW is really more of a movement than a sex club — as maintained by its members, who include awards-nominated filmmakers and actors — it’s quickly becoming a platform. The founder, who goes by the name Daniel Saynt (formerly Daniel Santiago), is a fashion blogger turned influencer agency head who is one of the owners of Nylon digital magazine. Repped by Gersh, Saynt, 36, is in talks for a scripted TV series (along the lines of HBO’s Real Sex, re-created with actors) and a live-cam pornography deal showing performances at the space. The NSFW website, where members have profiles and can plan to meet (locally or at events around the country such as Art Basel Miami and Coachella), will soon be an app. Later this year, a documentary about NSFW will air on Epix.

Saynt — who is bearded, bisexual and wears a kilt and lots of silver jewelry — says members get to do almost anything they want at NSFW because they applied to be there, with the abiding best practices for consent being: “What we say at the club is: Anything but a ‘Hell, yes!’ is a ‘Hell, no!’ ” The application process can take six months and includes interviews with Saynt and a membership committee involving sexual histories and fantasies; social media verification to confirm place of employment and to check friends and associates; and a consent seminar entitled “Why Are We So Bad at Asking for Sex?” 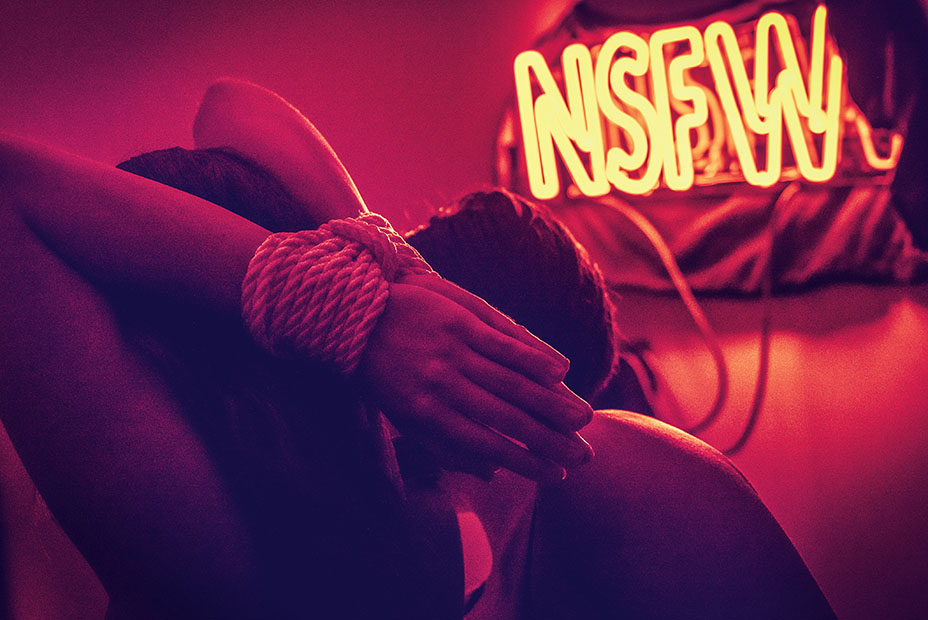 “OK, it’s a sex club, but [not] something messy, debauchery. This is more like a king’s court,” says a 29-year-old cable-series actress who performs a cabaret act at NSFW regularly. “It’s a very curated selection of very good-looking people who are looking to connect.” Entering the club is like “walking into Raya,” the heavily screened dating app used by New York and Hollywood singles, “but today I think people want to get off their phones and touch each other,” the actress says, citing directors she’s met and the potential for industry networking. “It’s like, ‘Oh, you made that? I respect that. That turns me on.’ You can be inspired by these people. But it’s different than in L.A., where there is desperation when there are famous people in the room. There is literal, not figurative, star fucking here.” 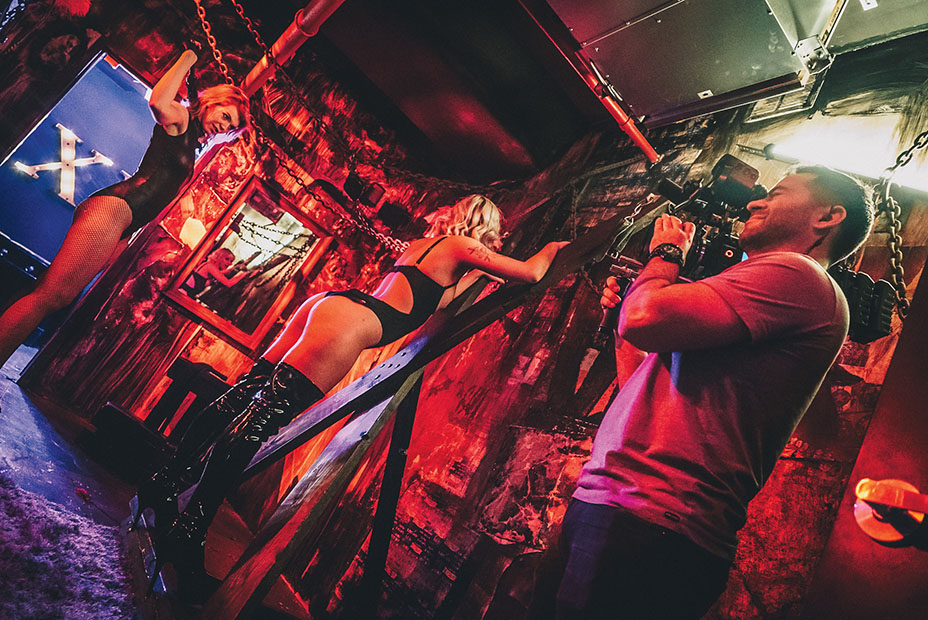 Saynt, who speaks in a Instagram-comments vernacular punctuated by “Yas! Fire!,” leads a tour of the subterranean space, sharing the club’s origin story. Four years ago, Saynt was working in marketing and trend forecasting with his digital agency and exhausted with the heavily regulated NYC nightlife scene. There was a palpable hangover citywide, he says, from the “quality of life” actions taken by former Mayor Rudy Giuliani. (Depending on whom you ask, under Giuliani the city was either cleaned up or destroyed, with many bars, music venues and, yes, sex clubs closed by enforcement of nearly hundred-year-old “blue laws.”) Saynt started having people over to his apartment for “gatherings.” Groups of 10 or 15 friends and friends of friends were invited to smoke weed and learn about, say, polyamory or being tied up. “I knew that this is the next trend, after gay marriage and cannabis,” says Saynt. “People would want space for sex. And I thought, ‘Someone is going to make a billion dollars from it and it might as well be me.’ ” Capitalizing on this decade’s sharing economy and sexual fluidity, Saynt took a temporary space in Brooklyn. He quickly reached 1,000 members (charging about $2,700 a year; women are charged less, couples more), outgrew that space, and opened his first clubhouse in Manhattan last year. 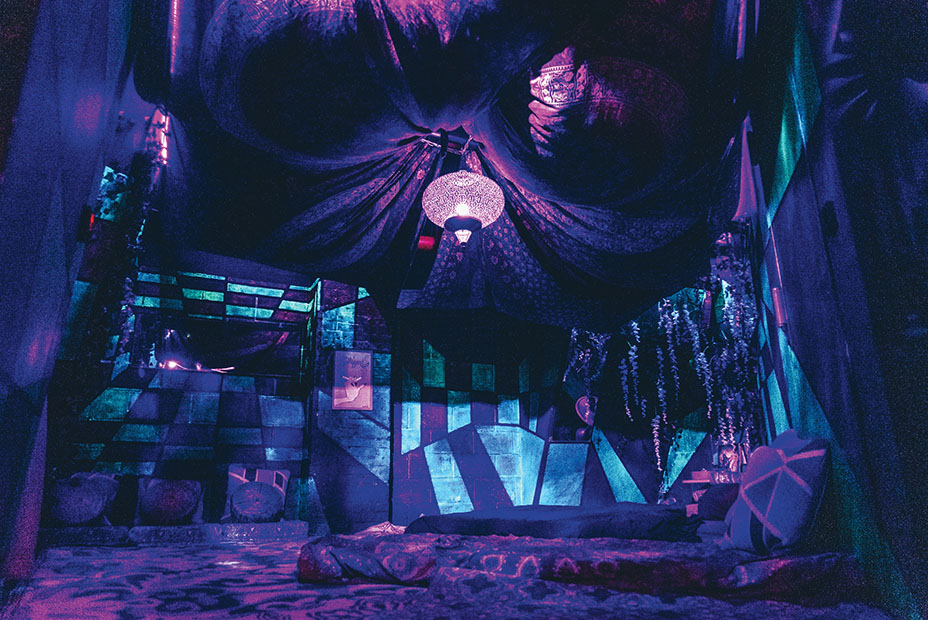 Early on, NSFW was said to be a “SoHo House for sex.” Saynt says that’s too easy. “It’s really a WeWork,” he says with a laugh. “It’s for everything you can’t do at work. That would be sex and cannabis.” Saynt says he’s up to 1,800 members and reports an average age of 28: “This millennial generation, with roommates or living with their parents, is dealing with not having enough room to do all the things they want to do.” Saynt, who reveals he’s currently closing a round of $500,000 in funding (with his company valuation at $6 million), says that it’s “the first time a sex club is being seen as a tech company.” He foresees multiple NSFWs around the country, claiming, “They will be as common as Equinox.”

In the meantime, there is the matter of legality, which largely is up to zoning. Saynt says he “embraces the gray” and is not worried about being shut down, since he doesn’t serve alcohol (although several members heartily endorse his nonalcoholic cannabis cocktails). But New York City Council member Rafael Espinal — who gained notice when he worked to strike down the city’s dance cabaret blue law, “something weaponized by the Giuliani mayoral administration,” Espinal says — adds that “so long as people are not being exploited, sex clubs should be legal.” Consent should be part of the conversation and the city should be involved, he says. “People don’t move to New York for the housing opportunities,” Espinal declares. “They move here for the energy, for the nightlife. This is the city that doesn’t sleep, right?” 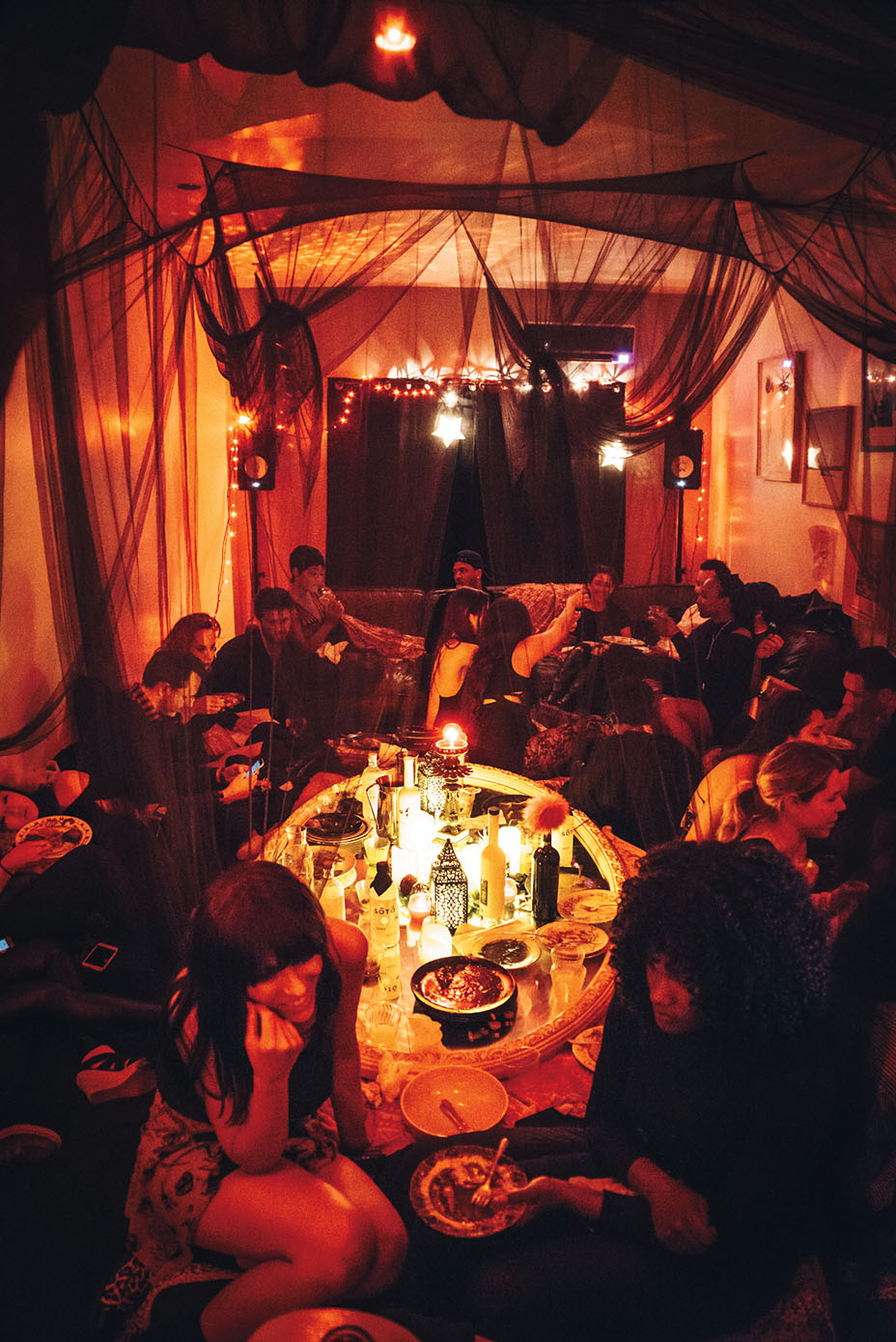 July 8, 2020, 9 am PST This article was updated to remove an affiliation with the club.