It was, for some industry watchers, the end of a Comic-Con era when it was announced ahead of this year’s San Diego Comic-Con that DC would be abandoning its traditional prime real estate on the convention’s show floor for a combined booth with Warner Bros. As the opening of the show on Wednesday evening revealed, the reality was a new beginning of a holistic approach combining Warner Bros. and DC brands.

“If you look at [conventions] as a fan-first experience, you shouldn’t have to go to two locations to experience everything,” Lisa Gregorian, president and chief marketing officer of Warner Bros. Television Group — and one of the primary movers and shakers behind the move to combine the two Comic-Con spaces — told Heat Vision from the second story of the new exhibition space.

“Just within the world of DC, there’s a lot of television product, movie product, comic books, gaming, home entertainment — it should be collectively together as a shared experience for the fans. Combine that with the power of Warner Bros, and we have Harry Potter, we have Friends, we have Riverdale — there’s a mix,” she continued. “I think that our fans love Harry Potter, and some of those same fans will love Harley Quinn. Why shouldn’t we celebrate that in a space that allows them to experience those things together?”

Although Gregorian led the charge to make the combined DC Warner Bros. space a reality, she credits the very fact that the two brands are combining for the shared space to Warner Bros. Global Brands and Experiences president Pam Lifford.

“This is really a salute to her, and the vision she has for the company coming together,” Gregorian said. “If you look at it as a fan-first experience, then there are certain decisions you make, like combining Warner Bros and DC together. It’s really her vision that we have a presence to the consumers 365 days of the year.”

Lifford, for her part, is enthusiastic about the new space. “The new Comic-Con booth, as well as the other immersive activations we’ve brought to San Diego, are an incredible opportunity to super-serve fans in a way that we’ve never done before,” she said. “This supports and furthers the Studio’s ongoing initiatives to create unique and compelling opportunities for fans to meaningfully interact with our brands and franchises at a level beyond the screen.”

The new DC Warner Bros. booth is nothing if not ambitious. Measuring more than 6,500 feet across two levels — a new record for SDCC’s biggest booth — it includes recreations of sets from Friends and Riverdale as well as displays of costumes from Christopher Nolan’s The Dark Knight trilogy, an activation to promote the DC Universe animated series Harley Quinn, and signing space for comic book, movie and television talent, as well as meeting space and giant digital screens to display everything from artwork to trailers for upcoming product.

According to Gregorian, the booth is literally the result of years of discussion, and months of detailed planning. “It’s taken us about six to eight months to come up with a design that worked for everyone,” she said. “We had an RFP, we wrote one together with DC, and collaborated on everything that was needed.”

The collaborative nature between Warner Bros. and DC was repeatedly stressed by Gregorian, who also revealed that the idea of the two floor presences combining — and, for DC, abandoning a location it had held onto at Comic-Con for more than a decade — wasn’t one that was immediately, or easily, embraced by all parties.

“Emotionally, for DC, it was a big deal for them,” she admitted. “There are practical reasons why we wanted DC to move to our [Warner Bros.] end of the convention area versus theirs. One of them is, we’re right next to the loading dock, so it’s very easy for us to get talent in and out. For DC, it was complicated to get people across the show floor, and we can easily create an entrance way. The second thing is, the ceilings are taller here, so we’re able to create a second floor that is a very significant second floor versus what they were able to do [in the previous DC location] because they didn’t have the height for it. Because we have the height, we can also hang the lights higher. We have Gobos and things all over because we’ve got the height.”

The location of the booth, an expansion of the old Warner Bros. space on the 460,000 square foot show floor in the San Diego Convention Center, was one of the worries for DC ahead of the move, but very much a benefit for Gregorian.

“Here’s how I look at it, and what we’ve told Comic-Con about it. We are the department store that anchors the mall,” she said with a laugh. “You can put us in the corner and people will come to us — we’re not worried about traffic. For us, people will find Warner Bros. They will find DC.”

Concerns that the shared space would lessen DC’s presence on the Comic-Con floor proved unfounded, with rules set in place to ensure DC’s prominence throughout the entire show. “There’s little secrets into what we’ve done,” Gregorian revealed. “The whole front of our booth is digital. We can do a complete 100 percent takeover for any title that is a DC title. You will never have a takeover on a Warner Bros. title, because you always have to have a DC presence at Comic-Con. We have a 70/30 rule: 70 percent of the time, it’s a DC title, 30 percent, it’s Warner Bros.”

(Even outside of the digital element, DC’s presence is continually felt; one side of the booth is named Gotham; the other, Metropolis.)

With Comic-Con in full swing, Gregorian is able to enjoy the positive response of those visiting the booth — a very welcome plus, given that fan approval is literally her definition of success for the space.

“A win for us is that fans are treated with respect and kindness,” she said. “That they are excited to experience something they haven’t experienced before. That they feel closer to whatever it is about the brands that they’re in love with, and that they experience all the work that Warner Bros. and DC does for them, and know that we care about them. If they walk away with that, then we’ve done our job.”

The DC Warner Bros. Comic-Con booth is located at #4545, near Artists’ Alley, at the San Diego Convention Center through Sunday. 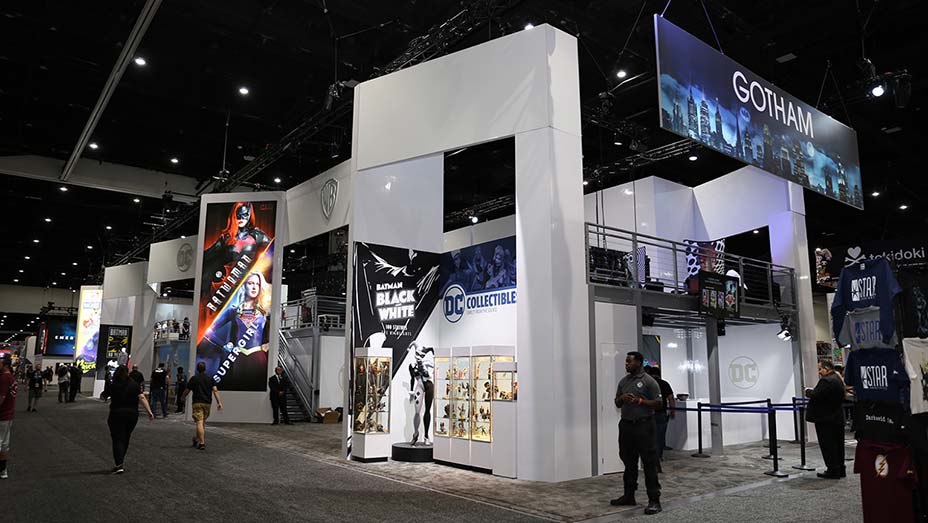 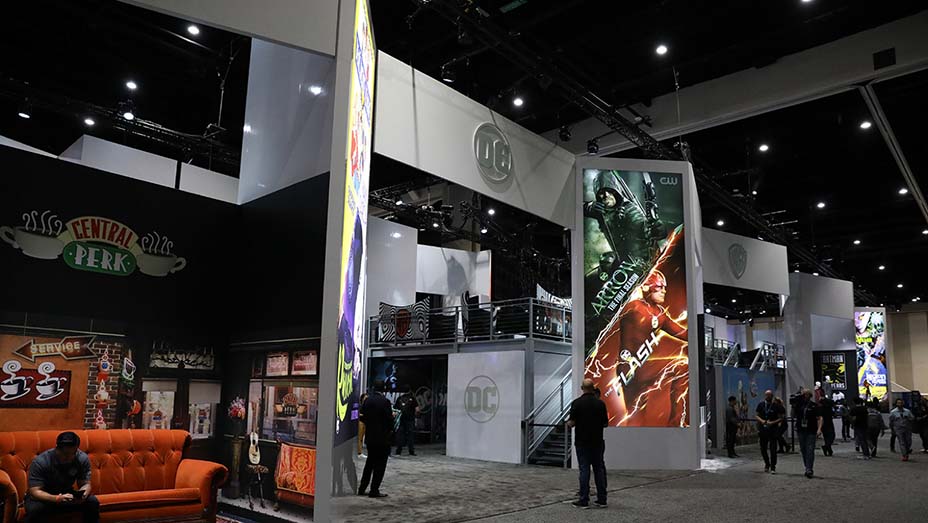 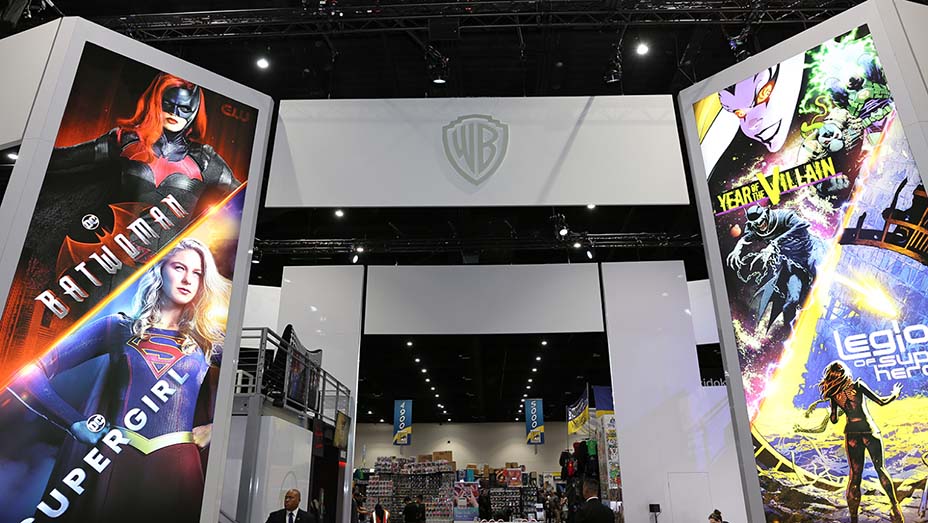