Continue to The Hollywood Reporter SKIP AD
You will be redirected back to your article in seconds
Skip to main content
March 20, 2019 2:14pm

Nashville, with its mild climate, buzzy night scene and hip food options has long drawn stars to its famed streets, but more and more people are permanently making the Tennessee capital home. Stars can generally roam freely without being bothered by locals, who in turn pride themselves for creating a low-key atmosphere.

In addition to Nicole Kidman and Keith Urban; Carrie Underwood; Tim McGraw and Faith Hill; Kristin Cavallari; and Taylor Swift holding primary residence in the city, others including Justin Timberlake and Jessica Biel; Reese Witherspoon; and Vanessa Carlton all own property in the area. 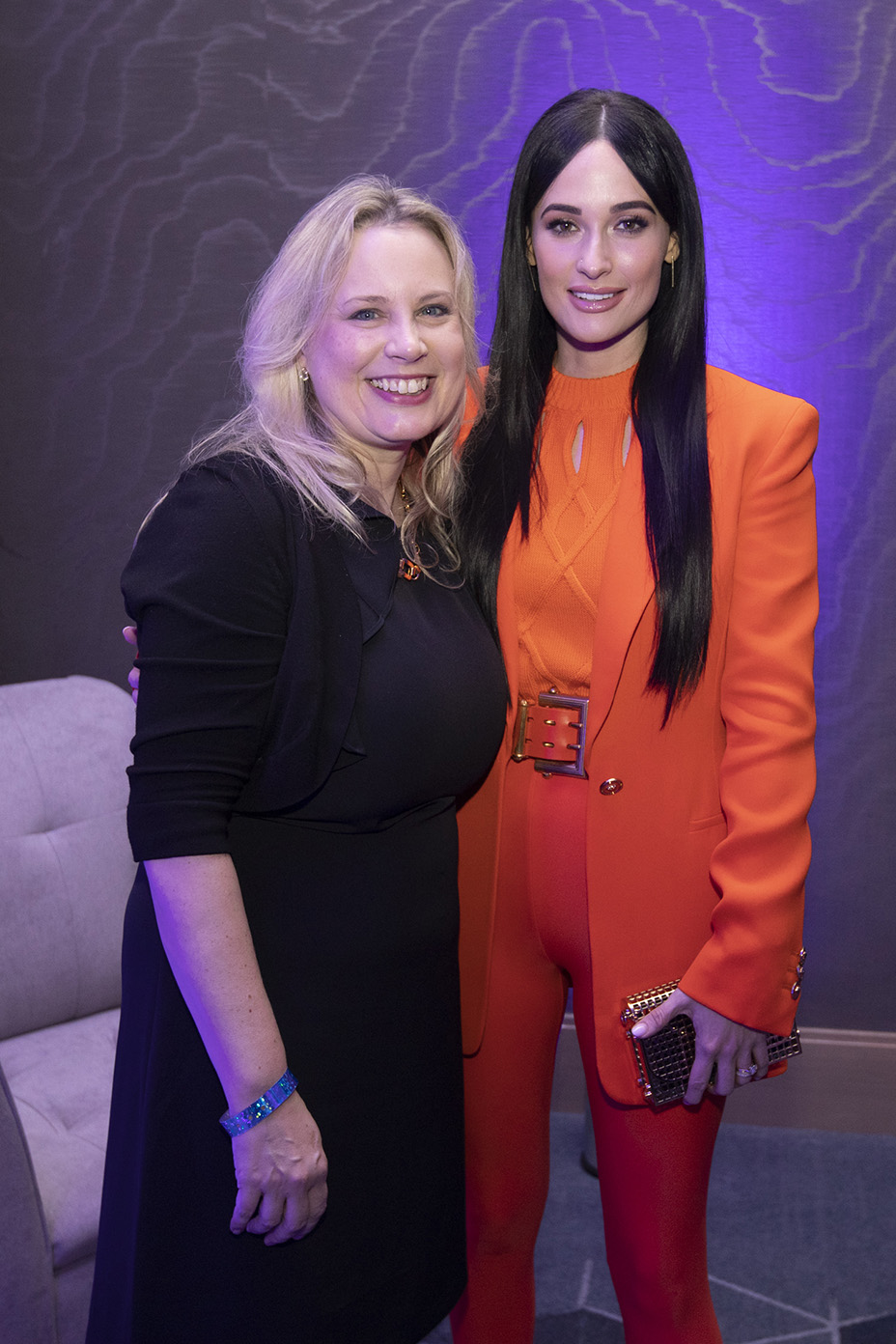 Additionally, after the fan-favorite show Nashville, starring Connie Britton and Hayden Panettiere, wrapped last year, Lionsgate and ABC Studios announced that the show would next be heading to Broadway. Tony-winning producer Scott Delman is set to turn the series into a live stage show, detailing the stories behind the modern country music industry.

In addition to its historic music scene, where any number of legendary performers may drop in at any time, Nashville is now host to a number of top-of-the-line spaces that draw in celebrities nightly, without any fanfare.

At the top of the list of new venues is the JW Marriott Nashville, now downtown’s tallest building, which opened its doors last summer. It is located just steps from Nashville’s live music mecca Lower Broadway, commonly known as the Honky-Tonk Highway.

The towering oval-shaped glass building was designed by Arquitectonica with interiors by Stonehill Taylor. The massive hotel features 533 guest rooms, including 37 suites. Its decor is quietly understated in pale wood, with slate carpeting and soft lighting, meant to highlight the massive floor-to-ceiling views of the city.

The hotel also features downtown Nashville’s largest spa, where none other than Reba McEntire’s personal manicurist, Nikki Spalaris, holds court. Over her career, Spalaris has worked privately for everyone from Nicole Kidman to Kelly Clarkson, and her services can now be booked exclusively at the Spa by JW.

It’s no surprise why celebrities love Spalaris, who exudes Southern kindness. She’s also on top of all the latest nail trends, and one of the few in Nashville to offer SNS long-lasting dip powder manicures. But, she admits, McEntire rarely strays from her standby of OPI’s midnight purple shade “Lincoln Park After Dark,” while Kidman usually sticks with natural nude colors. 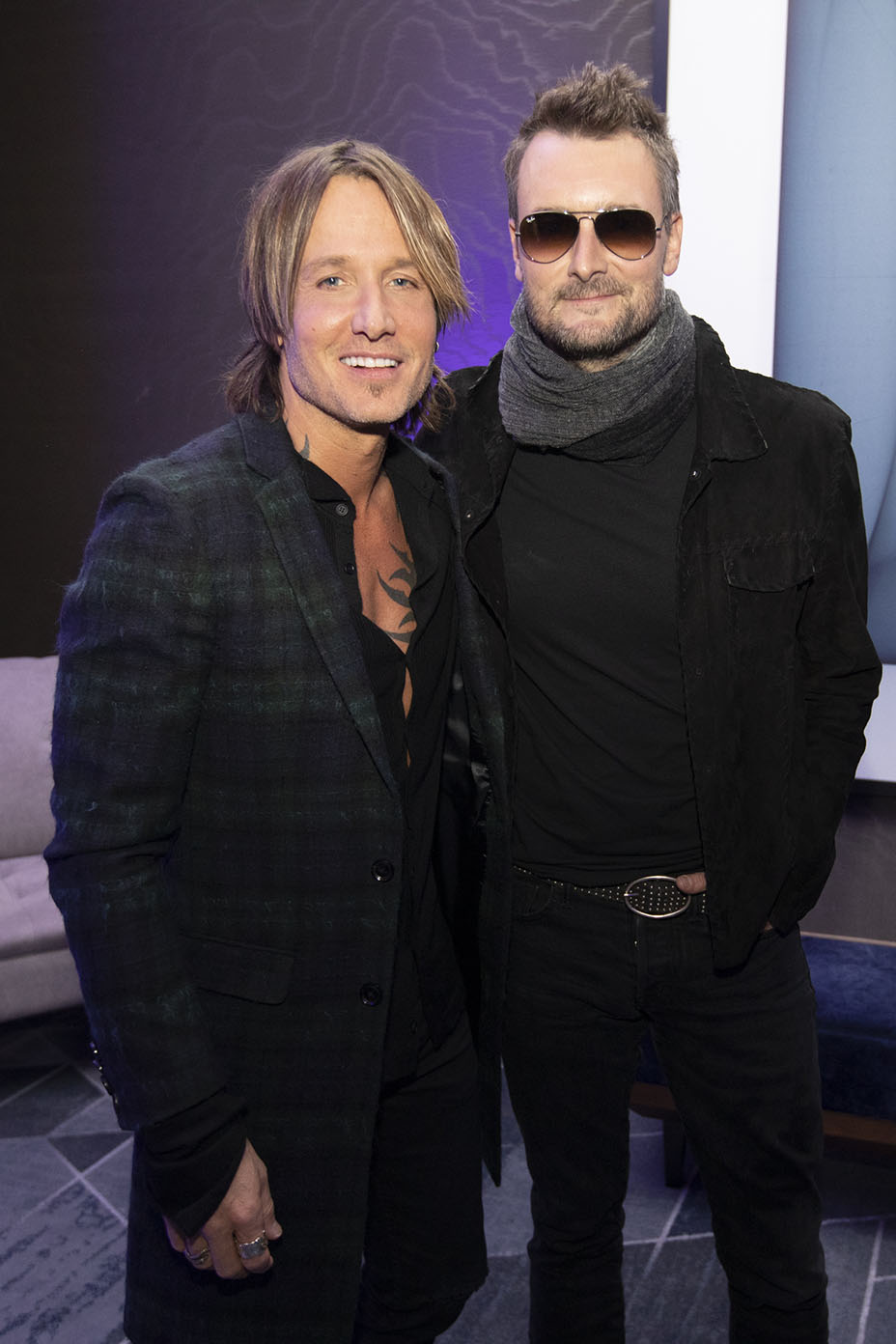 With its expansive lobby, featuring a wall-to-wall fireplace and multiple bars, the JW Marriott has already become a top nightlife spot in the city. The star attraction is on the 33rd floor, with an outpost of Michael Mina’s California-based Bourbon Steak restaurant and rooftop bar attracting a nightly crowd of VIPs. They come for mouthwatering butter-poached wagyu beef and stay for art-inspired cocktails and the indoor and outdoor 360-degree views of the city.

The hotel also hosted last year’s Universal Music Group afterparty for the CMA Awards in its Griffin ballroom. The night’s big winner, Musgraves, showed up to celebrate in a head-to-toe orange look from Versace’s spring 2018 Tribute collection. Other big winners who came out to party included Urban, Underwood and Chris Stapleton.

As Music City continues to attract thousands of new residents each month, Nashville’s nightlife is playing catch-up, with dozens of great new venues opening in the last year. House of Cards, based on Los Angeles’ Magic Castle, serves up prime food and live magic, with a no-cellphone policy meant to keep the venue VIP-friendly. The restaurant and bar Geist took over an early 20th century blacksmith shop in Nashville’s Germantown neighborhood, keeping the original brick walls but adding a thriving Champagne garden out back.

And then there’s the 1970s throwback Dee’s Country Cocktail Lounge, which under new leadership has brought some of the city’s top musicians to play on its cozy stage. The backyard fire pit attracts a steady stream of the city’s creative crowd. And Flamingo, inside a pink-painted former church complete with vaulted ceiling, features a red-roped balcony and all-night dancing. 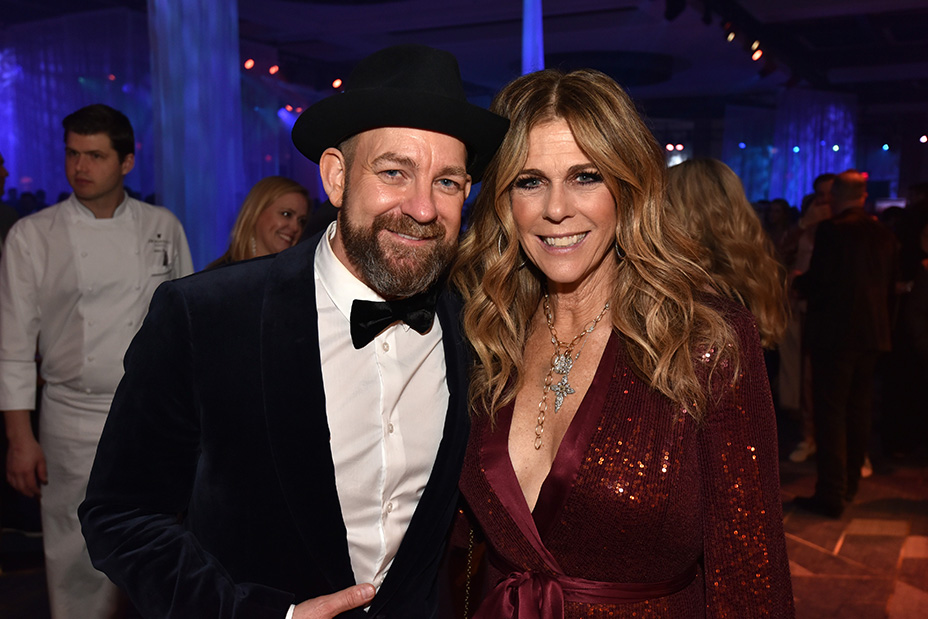 Nashville is also upping its game when it comes to shopping. Witherspoon, Jessica Biel and Lily Alridge are frequent shoppers at White’s Mercantile, a modern general store run by singer-songwriter Holly Williams, daughter of country legend Hank Williams Jr. The well-curated items include everything from home decor to skincare to pantry items to baby products. And visitors will find several local brands in stock, including Nashville favorites Sunday Morning Pancake Mix and the century-old Goo Goo Clusters candy bar.

And no trip to Nashville is complete without picking out a new pair of cowboy boots. When it comes to luxury, there’s only one name that stands out: Lucchese Bootmaker. Founded by a Sicilian immigrant in 1883, the brand is known for its top-quality handmade boots, built to last a lifetime.

Lucchese has been outfitting everyone from U.S. presidents over the last several decades to fans including Joel Edgerton, Arnold Schwarzenegger, Matthew McConaughey, Kevin Costner, Jennifer Lawrence, Amanda Seyfried and Cindy Crawford. Sam Elliott was seen wearing his black Collins boots throughout the media junket for A Star is Born.

The Nashville flagship store also includes an upstairs VIP room with hundreds of swatches of custom materials and colors for made-to-order specialties. It frequently collaborates with celebrity designers as well. Musgraves had her own best-selling line with the brand, and it is currently featuring a line designed by model Erin Wasson in exotic leathers including black patent goat, navy ostrich and black and white caiman crocodile. (Wasson shows off her Lucchese line, below.)

'Nashville' Is Getting a Broadway Stage Show