If it’s true that there is a thin line between love and hate, the crush of recent news events coupled with a rise in hate crimes across the United States has made the divide between the two seem less like a line and more like a mile. Monday night’s Ambassadors for Humanity event in Beverly Hills — a fundraiser for USC’s Shoah Foundation held at the Beverly Hilton — felt like it was designed to bridge that gap and fill the space with love. And the effort was clear from the get-go.

Oprah Winfrey, a special gala guest, opened the show. After respectfully swatting away a woman’s rally cry from the audience (“Oprah for president!”) with a warm, “Thank you but no thank you,” Winfrey turned her attention toward the East. “The world is moving so fast these days,” she explained. “Terrible things happen and then the next day more horrific things happen that change the headlines. It was just 10 days ago that horror struck once again in Pittsburgh.”

That “senseless act” claimed the lives of 11 Jewish men and women inside the city’s Tree of Life Synagogue, she continued. She led the capacity crowd inside the hotel’s International Ballroom in a moment of silence after she said their names: Irving Younger, Melvin Wax, Rose Mallinger, Bernice and Sylvan Simon, Jerry Rabinowitz, Joyce Feinberg, Richard Gottfried, Daniel Stein, Cecil Rosenthal, and David Rosenthal. Winfrey then pivoted from addressing a hate-filled tragedy to expressing love. “We all remain steadfast in our faith with the deep knowing that we are never going to let hate triumph over love.”

That’s basically the mission of the Shoah Foundation, an organization founded by Steven Spielberg in 1994 with a mission of preserving interviews with survivors and other witnesses of the Holocaust. To date, the institute has completed 55,000 audio-visual testimonies conducted in 65 countries and 43 languages. On that note, the gala presented a call to action to support USC Shoah Foundation’s Stronger Than Hate initiative, and just about every participant at the podium reflected on the love versus hate line.

Some were overflowing with love, and that was thanks in large part to the night’s headlining honorees: Tom Hanks and Rita Wilson, who were presented with the Ambassadors of Humanity prize. And Winfrey, of course, who lobbed plenty of affectionate words their way during her event intro.

“They embody the best of us,” said Winfrey, who joined the duo at their table, where she sat next to Tom Ford. Others in attendance included Ron Howard, Brian Grazer, Ron Meyer and Jim Gianopulos. “They are accessible, inspirational, they are fun-ny and they always do the right thing. I’m here to say I love you because you are joy and laughter. Rita, you’re joy, Tom you’re laughter. I’ve had so many laughter moments, none that I can share with anybody tonight. Together you both are a blessing to everybody who knows you.”

She continued: “When you play that game of who are the real couples in the world, Rita and Tom are always at the top of that list because they are a real partnership. Rita has consciously and deliberately over the years, created a strong family environment that is just like a womb of love. They are surrounded with love, surrounded with children, surrounded with grandchildren and friends. Everybody just wants to be around the Hanks soaking up all that fun and all that love. Thank you to you two for raising the bar for all of us. Love you guys.”

And that wasn’t even the official awards tribute. That came from Spielberg, who took to the stage at 9:30 p.m. as the crowd delivered a standing ovation, one of many throughout an evening that netted $3.5 million for Shoah. Spielberg, who worked with Winfrey on The Color Purple and is reteaming with her for the musical version, wasn’t about to let her leave the event without throwing some love her way, too. “You are our ambassador of empathy, we need you more now than ever before,” he told her.

He then paid tribute to veterans in the building, including his father and others who participated in the liberation of three of the largest Nazi concentration camps. “Among the 55,000 reasons we are here tonight, one of those reasons are the words of a young girl hiding in an attic with her family. Anne Frank wrote in indelible ink, ‘I keep my ideals because in spite of everything I still believe that people are really good at heart. Hope; this is our greatest power.'”

Spielberg continued, “It is one embodied by our Ambassadors for Humanity, tonight’s honorees, a man and woman who are helping to solve some of today’s greatest riddles, like where is the commonality in conversation? Where’s that gone? How can we connect when we don’t understand each other? How do we speak to each other when we have seemingly nothing we agree upon? The USC Shoah Foundation is just one of these answers because of 55,000 stories of survival are aimed to build empathy, compassion and understanding.”

He then built a case for everyone to understand the breadth and passion of Hanks and Wilson’s activism, but first a nod to their impressive careers: “He is a two time Academy Award winner and a man saddled with the word beloved. He’d probably be called that even if he spent the rest of his career playing David S. Pumpkins [from Saturday Night Live]. But instead, he has elevated friendliness to a kind of superpower. He does what he does by means of an authenticity based on keen observation, God-given instinct and just plain old hard work.”

Of their work as a couple, Spielberg listed the causes they support including AIDS Project Los Angeles, amfAR, Women’s Cancer Research Fund, Shakespeare Center of Los Angeles, Hidden Heroes: America’s Military Caregivers, StandUp to Cancer and the Rain Forest Foundation. “If I keep going and I could, I would deny you your right to vote tomorrow which would make them angry as they are also advocates of getting to the polls,” he quipped. “Let’s see how that turn out tomorrow, fingers crossed.”

Spielberg praised the couple for being there for him and wife Kate Capshaw on every step of the Shoah Foundation journey. “When there is need, they are there. Tom and Rita, a dynamic duo that in our world of superheroes, just know this — their superpower is to be human which brings to mind a quote from the poet Iain Thomas.

It was then that Hanks and Wilson took to the stage, with the former taking his time to thank the night’s participants, including comedian and host Martin Short (who delivered a rousing roast of Hanks, Wilson, Spielberg and Capshaw) and Melissa Etheridge (who performed an electric two-song set including “Pulse” and a Janis Joplin cover of “Piece of My Heart”).

“The Shoah Foundation is an example of the best of America, an America that dares not forget history, an America that weighs justice as much as it treasures freedom,” said Hanks during his acceptance speech. “The Shoah Foundation foundation is one of the piston’s in the engine that drives our nation along to its quest to be a more perfect union. … We don’t know what’s going to happen tomorrow. But we do know that we have an engine, a motor, a deep heart that beats continuously and fully and gives us the guide in order to guarantee somehow that we will join in the mission of Shoah and we will form a more perfect union. We will go back and forth on occasion. We will take two steps back on occasion for every step forward. But love is stronger than hate.”

There was perhaps no better representation of love walloping hate during Monday’s Dolby-sponsored show than Ivy Schamis. She received the inaugural Stronger Than Hate Educator Award and her story is an emotional rollercoaster. Schamis, a Holocaust and social studies teacher from Marjory Stoneman Douglas High School, site of a devastating school shooting on Feb. 14, 2018. Schamis — honored by Stephen Smith, USC Shoah Foundation Finci-Viterbi endowed executive director — was teaching her students how to combat hate on their soon-to-be college campuses in Room 1214 when a shooter stormed their door.

“My class enabled students to delve deeper into the how and why of Holocaust history and contemplate the harrowing question of, ‘Could this happen again?’” Schamis said. “As the shooter was blasting his AR-15 into the long window on the door of our classroom, I was thinking what to say should he enter the room. I was aware I might not have been given the chance, I was going to tell him, ‘We love you,’ because I knew it must be someone who has so much hate in his heart and maybe he wouldn’t shoot anymore if he thought we loved him.” 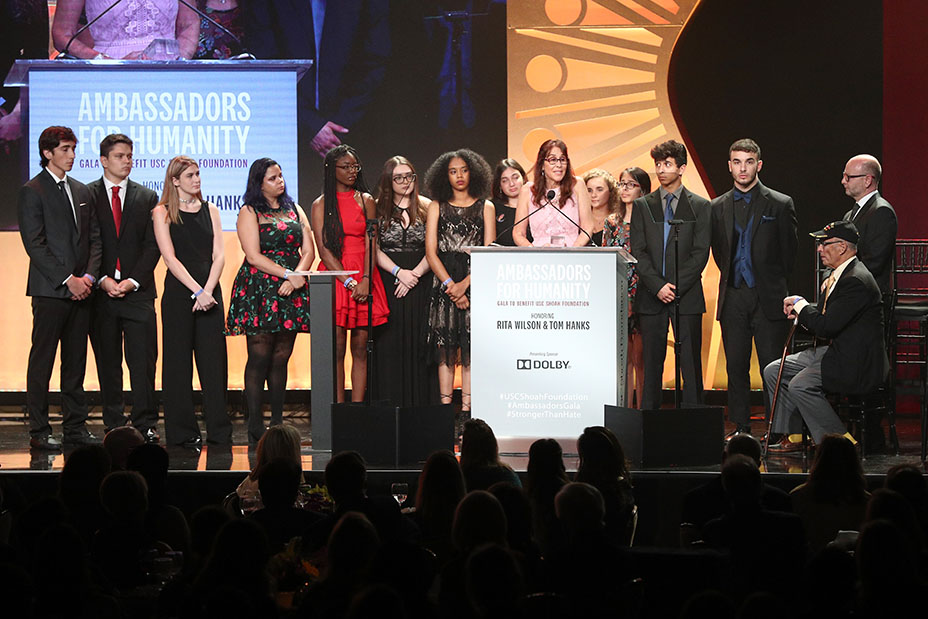 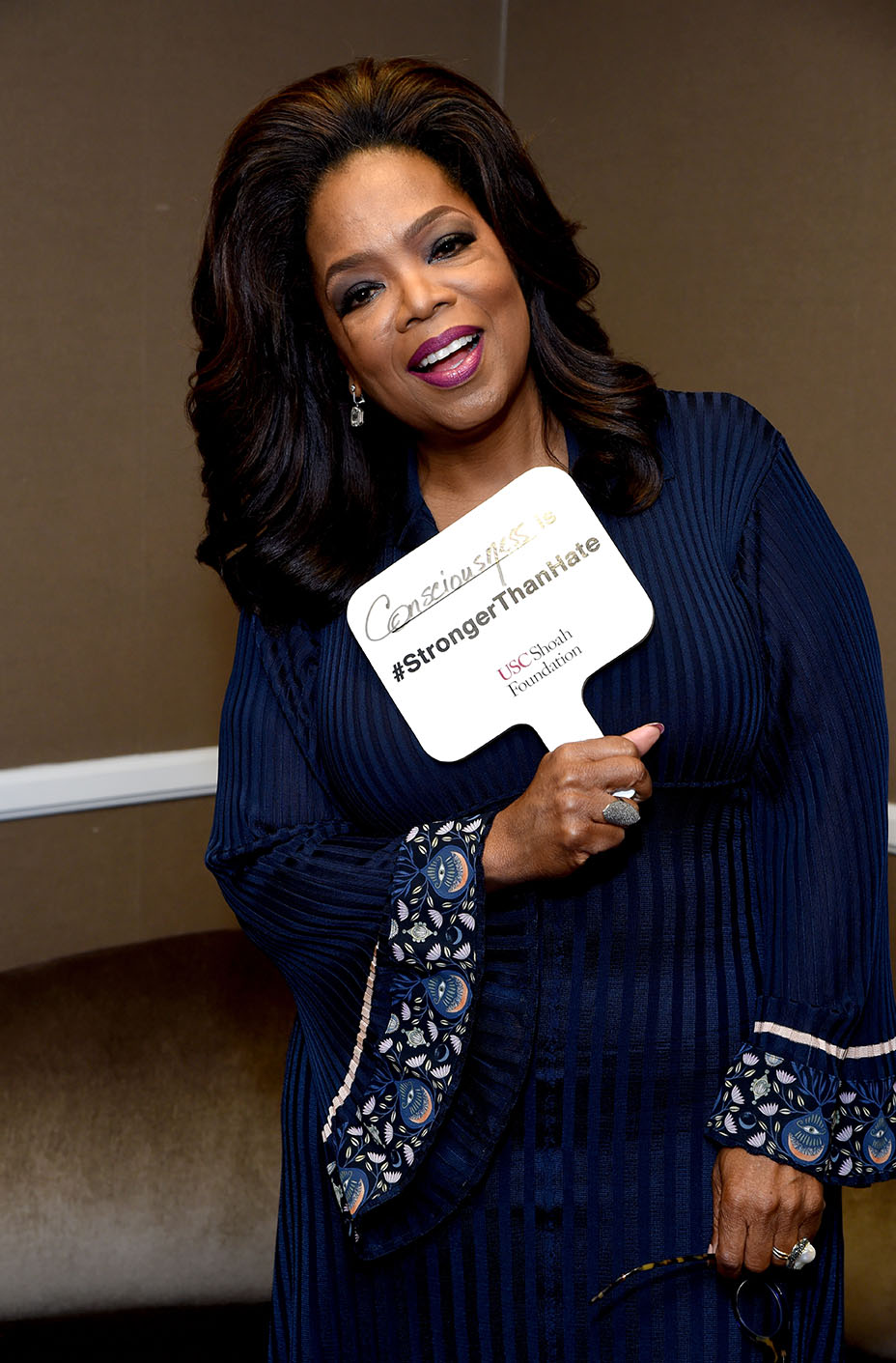 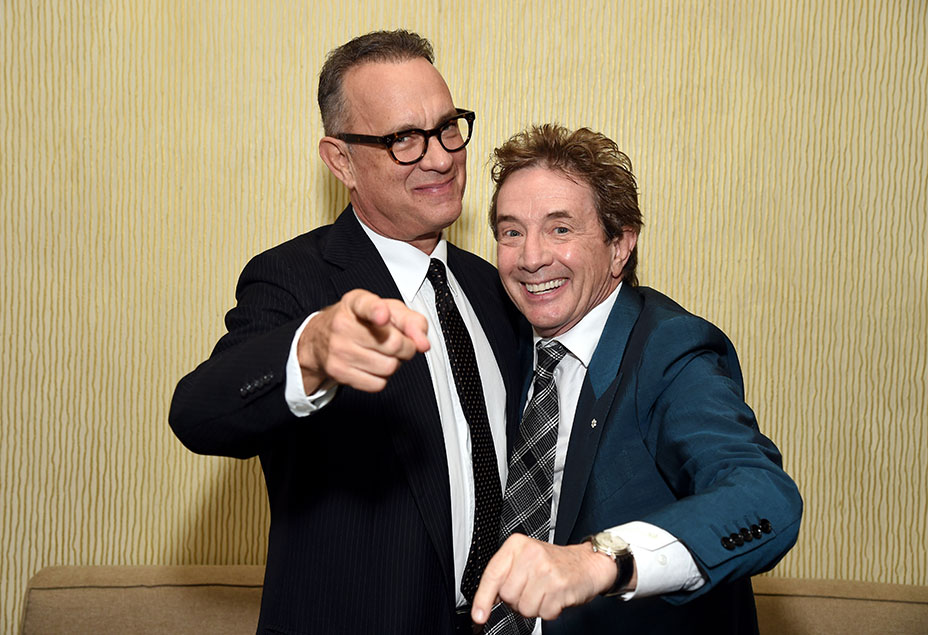 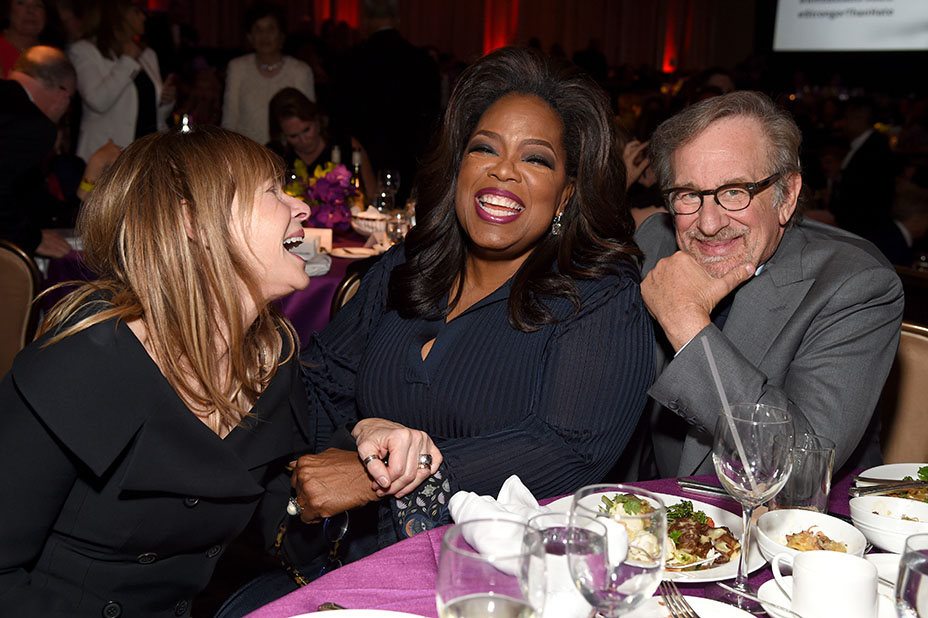 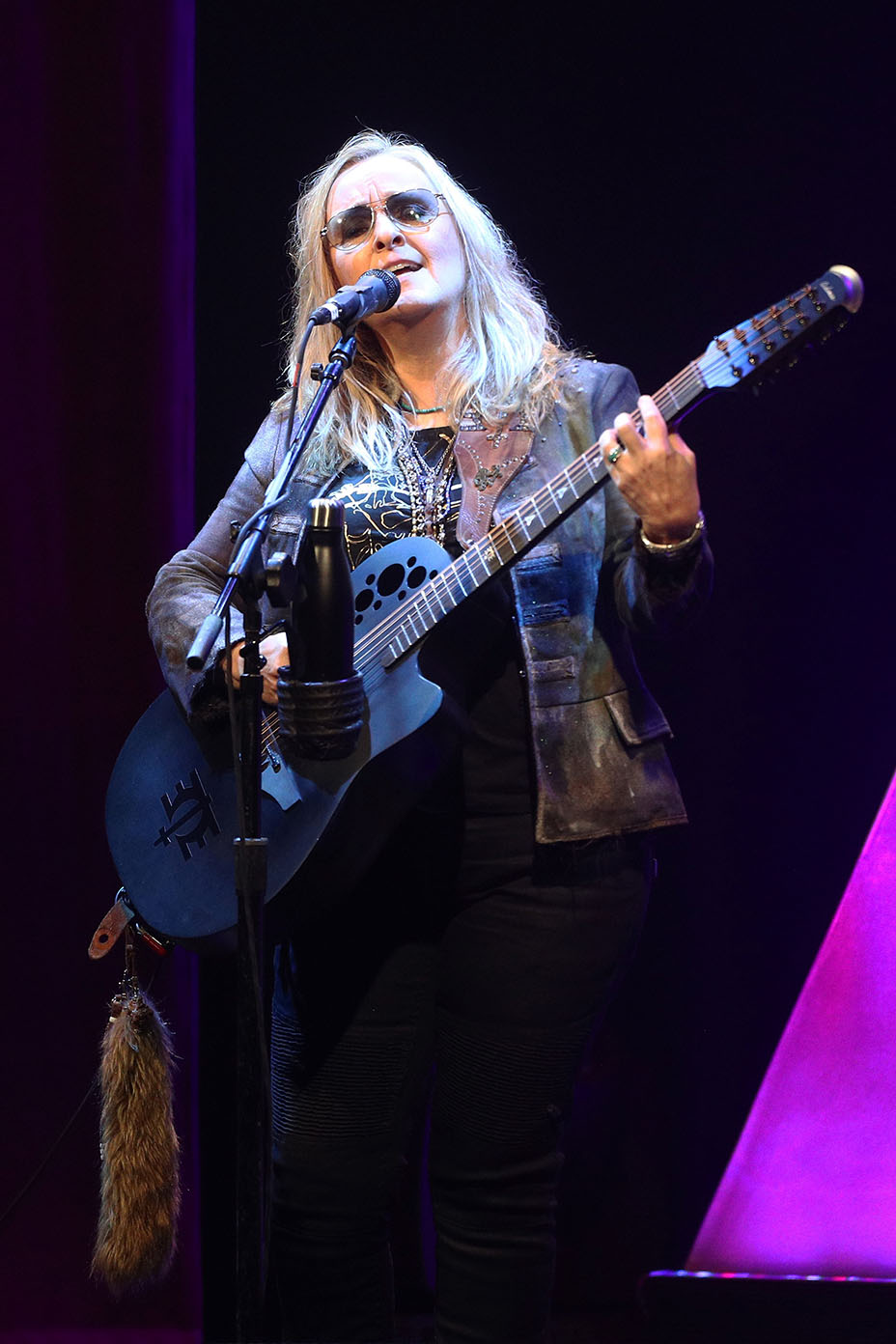 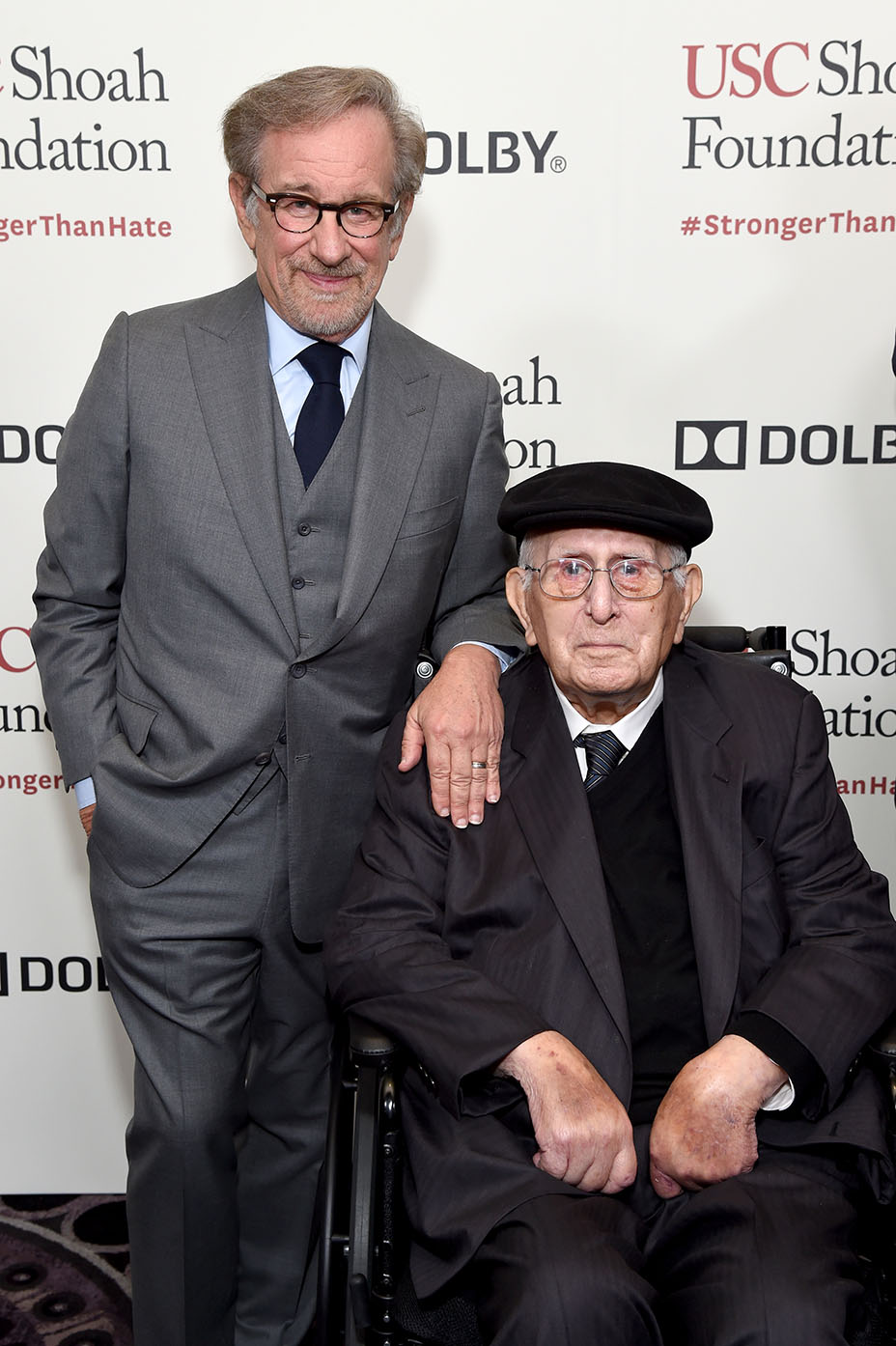 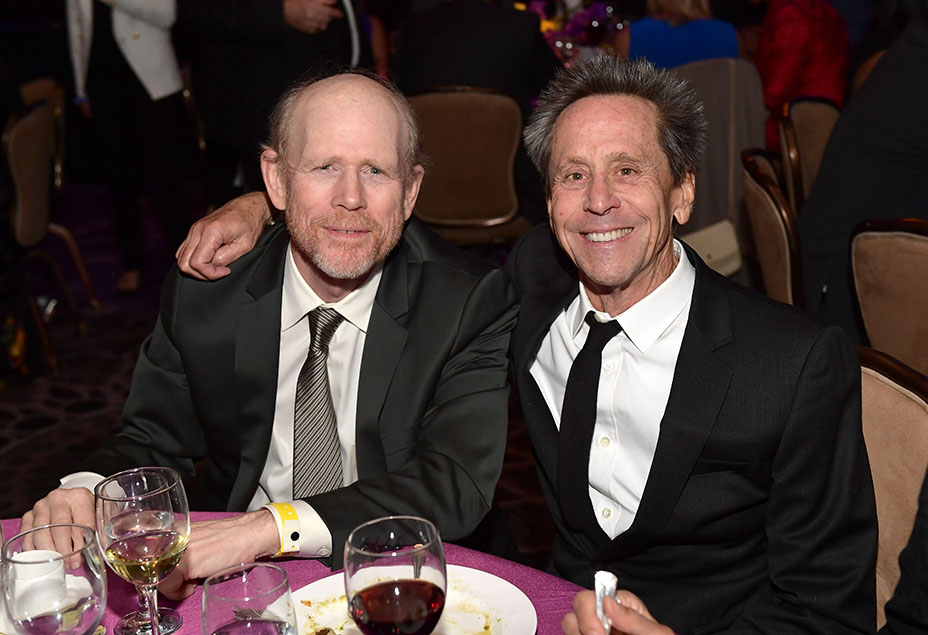 A Tribute to My Aunt Joyce Fienberg, a Victim of the Pittsburgh Shooting