The iPhone X is here.

Apple on Tuesday morning revealed the redesigned device inside the Steve Jobs Theater at its new Cupertino, Calif., headquarters.

The phone, which is being unveiled during the 10th anniversary of the iPhone, has been significantly redesigned to do away with the “home” button that has sat at the bottom of the device since it was first released in 2007. It also features a significantly larger screen, which reaches to the outer edge of each side of the phone.

IPhone X — which Apple CEO Tim Cook called “the biggest leap forward since the original iPhone” — was announced after Apple also unveiled an incremental update in iPhone 8 and iPhone 8 Plus. The iPhone 8 starts at $700 and features an improved camera and augmented reality support, among other updates. 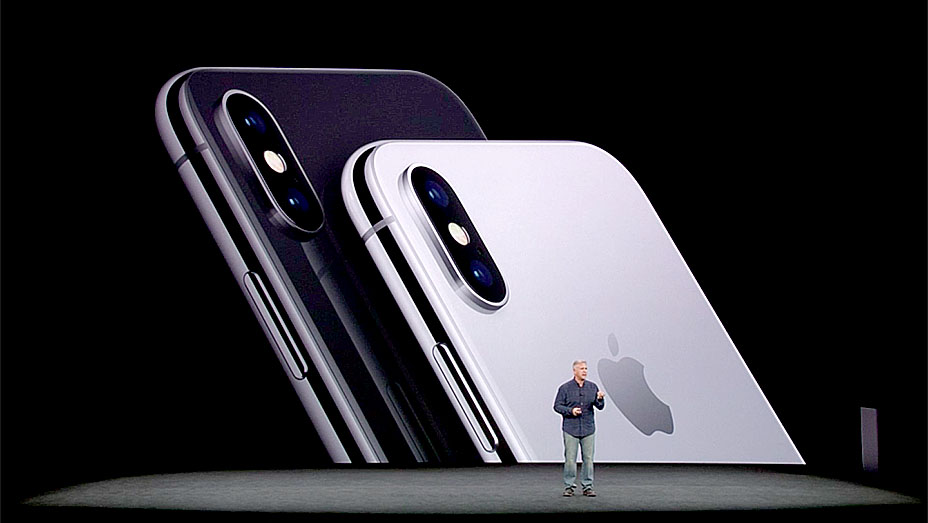 The iPhone X, meanwhile, will have many new features that aren’t available in other iPhone models. Apple has developed a new technology, Face ID, that will allow people to unlock their phones through a face scan. It will work with Apple Pay and several third-party apps, including Mint.

The “TrueDepth” camera that enables Face ID also has more lighthearted uses. For example, Apple has introduced Animojis, virtual avatars that turn people into the emoji that they use in text messages. People can record messages as a fox or a pig, for example, that move with them. And Apple has also partnered with Snapchat to offer new lenses that map to the face.

Further, Apple has developed a new charging product, AirPower, that allows people to wirelessly charge its new iPhones, as well as the Apple Watch and AirPods.

The new iPhone won’t come cheap. Its price tag starts at an eye-popping $1,000. IPhone X will be available for pre-order on Oct. 27 and to buy on Nov. 3. It comes in space gray and silver.

With the introduction of the iPhone X, Cook brought back the “one more thing” that Apple co-founder Jobs would use to announce a surprising new product at the end of his events. “We have great respect for those words and we don’t use them lightly,” the CEO noted, adding that it was reserved for a product that would “set the path of technology for the next decade.”

The announcement was part of Apple’s annual product event, which also included news about an updated Apple TV and a revamped Apple Watch.