On Nov. 1, John Fithian, president of the National Association of Theatre Owners, called Netflix’s decision to forgo a traditional theatrical release for Martin Scorsese’s The Irishman a “disgrace” and a “missed strategic opportunity.” Fithian is an effective advocate for his constituents, but as a Netflix shareholder, I disagree with his position. It would be a major strategic and financial mistake for the streamer to spend large sums to give The Irishman a wide U.S. release, accompanied by a 90-day theatrical exclusivity window.

As film insiders know, the “P&A” cost to market and distribute a wide-release studio movie can equal or exceed the budget of the film itself. With so many high-quality home entertainment options available, theatrical distributors must spend huge sums to break through the clutter and drive the audience to show up on opening weekend. The cost of live TV ads, still the most effective way to reach a national audience, also has risen due to scarcity value. Making matters worse, distributors often must earmark P&A spending well in advance of the theatrical rollout, leaving the distributor vulnerable to unforeseen cultural or commercial changes in the marketplace.

Independent distributor Broad Green exited the distribution business in 2017; STX’s and Annapurna’s challenges are well reported; and mini-majors like Lionsgate and MGM have found it difficult to consistently grow theatrical business profitability.

Still, entertainment companies that need to monetize movies via theaters have little choice but to spend big on marketing and distribution. The talent involved often demands a large marketing push, and if the studio doesn’t invest big, the film has little chance of a large opening weekend at the box office. Because a low opening weekend impairs the downstream value of the movie, P&A spend can have a material impact on the long-term economic viability of a film. It’s becoming a tough business model.

Fithian is right that theatrical moviegoers like Scorsese. His more recent consumer-friendly film, The Wolf of Wall Street, opened to $18.4 million in 2013 and ultimately grossed $116.9 million domestic. But how much did Paramount spend to push it to those numbers?

Netflix’s business model is not held hostage by any of these constraints. It does not need to drive opening-weekend box office, nor does it sell DVDs or license its owned content. The $100 million in P&A costs that Netflix probably would need to spend to open The Irishman on 3,000 screens is money that cannot be spent on producing more movies.

More new film content leads to more customer engagement and retention, key drivers of a healthy subscription business model. This strategy is creating real value: From Sept. 3, 2015, the day that Netflix took perhaps its first big step into film with the release of Cary Fukunaga’s Beasts of No Nation, the company’s market value has increased from $43 billion to $130 billion. That gain is greater than the enterprise value of Lionsgate, Viacom and all of the publicly traded movie exhibitor stocks combined.

Fithian also says Netflix “sent a message to filmmakers that even if you are Martin Scorsese, you won’t get the wide theatrical release you want through Netflix.” This is true. And the risk to the Netflix model is that filmmakers of Scorsese’s caliber simply will refuse to work there.

But many of the world’s great and popular storytellers, including Dee Rees, Michael Bay, Fernando Meirelles, Alfonso Cuarón, Noah Baumbach and Susanne Bier, are choosing to make movies with Netflix because it is willing to take creative risks the traditional studios will not take. Netflix’s distribution platform also puts its films in front of a global audience of 160 million subscribers.

Assuming two viewers per account, Netflix can deliver filmmakers a prospective audience of 300 million people (and growing) with each release. This film distribution strategy is enabling rich, diverse stories to reach a massive audience. And that should be celebrated as a win for movie lovers — and the movie business. 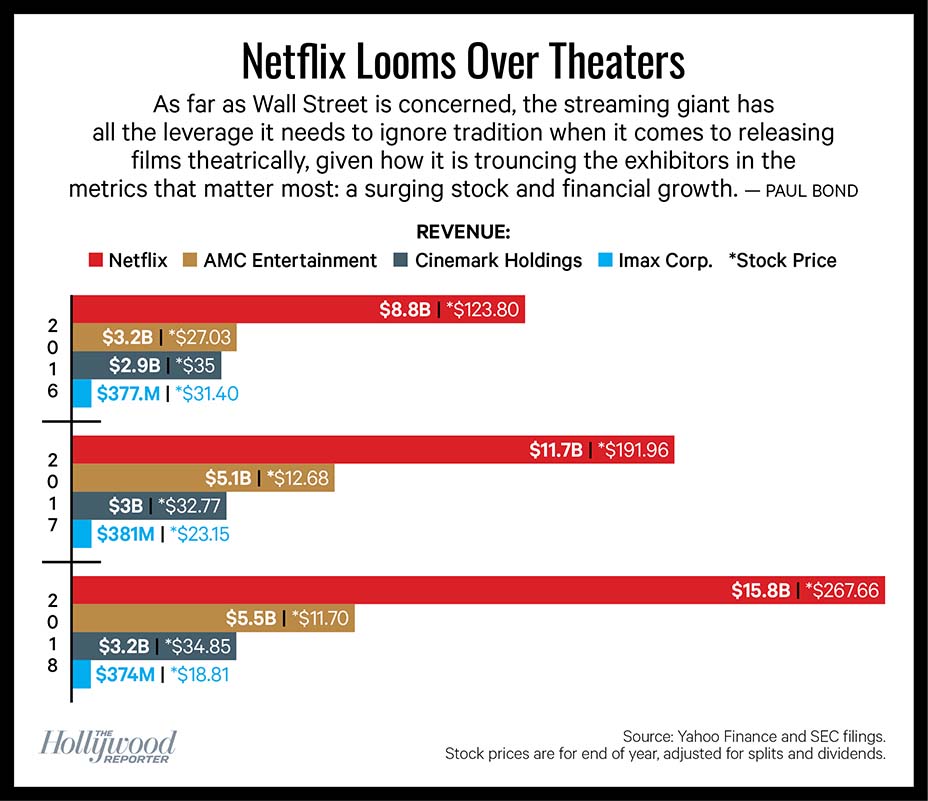